Why Do We Need Prophets? 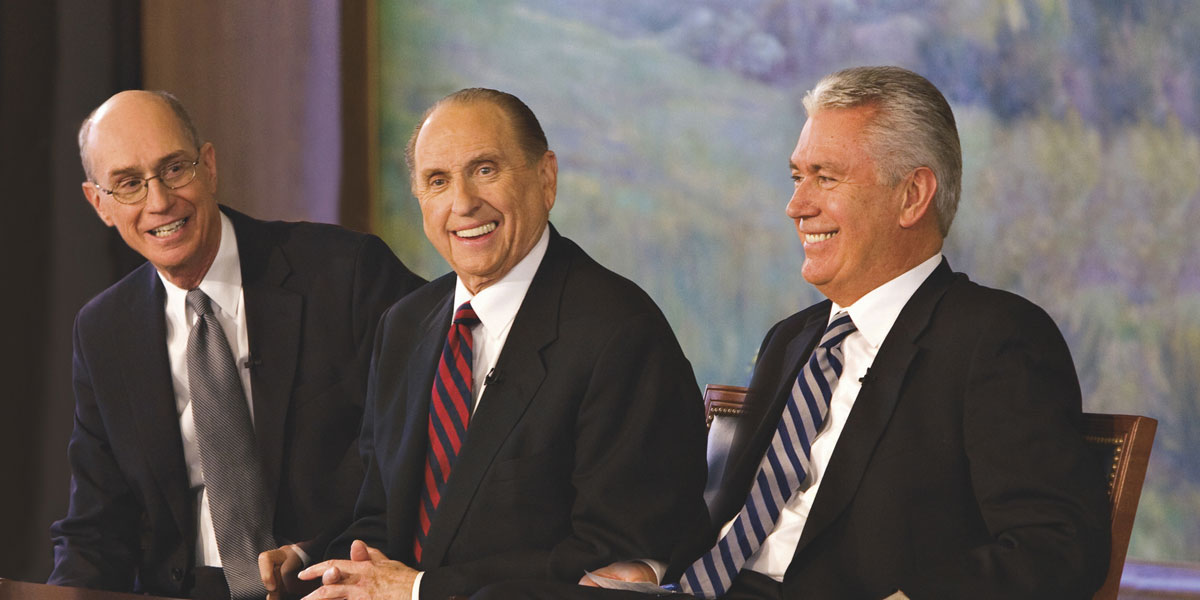 The First Presidency via lds.org
“And now behold, there was not a living soul among all the people of the Nephites who did doubt in the least the words of all the holy prophets who had spoken.”

Prophets today fill many functions. They speak for the Lord and reveal His will to us;1they testify of Christ and teach His gospel;2they have the gift of seership and use it to bless others (see Doctrine and Covenants 21:1), all while presiding over the church (see Doctrine and Covenants 107:91–92). Prophets in the Book of Mormon also filled many of these functions, as seen when one carefully looks at the Book of Mormon in its ancient context.3

In ancient Israel and the Book of Mormon, prophets often received their call as they were admitted into God’s divine council and received instruction from Him.4 They would then return to the people and tell them what God had said.5 In this way, prophets are messengers from God to His children.6 Father Lehi, Alma, and Nephi the son of Helaman had experiences like this, where they entered God’s throne room, received knowledge from God, and shared it with humanity.7 In both Mesoamerica and the Book of Mormon, there were occasions where prophets or holy men would fall down as if they were dead, have a vision of God, and then repeat what God had told them.8 In these ways, the prophets spoke for the Lord and revealed His will to humanity.9

The prophet testifies of Jesus Christ and teaches the gospel 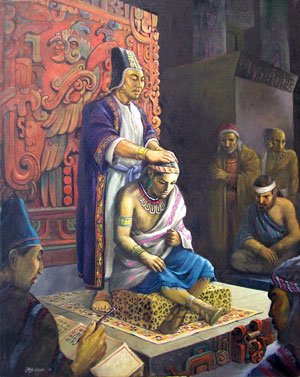 Prophets in the Book of Mormon testified plainly of Christ and taught people His gospel.10 Because they were drawing from the Israelite tradition, teaching about Christ would have been an important part of what some prophets did.11 As Jewish scholar Daniel Boyarin has noted, teachings that seem Christian were actually common in ancient Israel, “the notion of a dual godhead with a Father and a Son, the notion of a Redeemer, who himself, will be both God and man, and the notion that this Redeemer would suffer and die as part of the salvific process” were part of ancient Israelite religion.12

Boyarin also noted that “some of these ideas, the Father/Son godhead and the suffering savior, for instance, have deep roots in the Hebrew Bible as well and may be among some of the most ancient ideas about God and the world the Israelites held.”13 Because of this, it is not surprising that prophets in the Book of Mormon, like prophets today, bore powerful testimony of Christ and His gospel.

The prophet is a seer

In both ancient Israel and ancient Mesoamerica, one often sees examples of seers. In the Old Testament, Samuel the prophet is referred to as a seer (1 Samuel 9:9), as is Gad (2 Samuel 24:11), and Iddo (2 Chronicles 9:29), among others.14 In the Book of Mormon, one also sees seers as well, and they appear to be distinguished by the use of seer stones (see Mosiah 8:13–18).

Stones like this were used in Mesoamerica as well.15 Maya scholar Mark Wright has noted that one burial from the Middle Classic period “contained ‘five peculiar quartz stones … probably used in divination rituals.’ This burial was likely that of a royal priest or shaman rather than of a ruler, as these stones were found along with other paraphernalia common to ritual specialists.”16

The prophet presides over the Church

There is also a similarity in the pre-Columbian American world. In Mesoamerica, during the post-Classic period, a ruler known as a halach uinic (“true man”) had political authority, but also had religious authority, like Alma did. As John S. Henderson has noted “the halach uinic had important religious roles, and could be referred to as ‘bishop.’”18 He presided over other towns who were loyal to him, like Alma did. 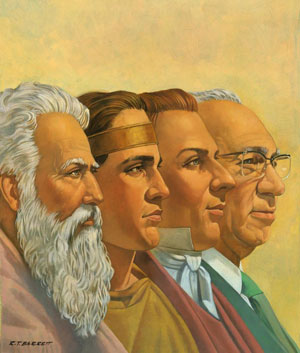 Prophets today speak for the Lord and reveal His will to us, testify of Christ and teach His gospel, have the gift of seership, and preside over the church, just as prophets in the Book of Mormon did. This does not mean that prophets in the Book of Mormon are exactly the same as prophets today. However, the general roles appear to have remained similar over time.19 Today, as in ancient times, prophets receive instruction from God and teach what they learn to God’s children. They teach us about the Father and the Son, and that Christ died for humanity.

We sustain modern prophets as prophets, seers, and revelators and they reveal truths from the past, present, and future, like seers in the Book of Mormon did.20 The prophets today also take special care to tend to local congregations as they preside over the entire church, just as Book of Mormon prophets did.

As Joseph Fielding McConkie and Robert Millet have noted, “The nation of Israel was formed by God with a prophet, chosen by him, to stand at its head. The Law of Moses, which governed the nation, was given by revelation and could only be amended in the same manner. It was the divine intent that Israel always be led by prophets.”21 The same is true today.