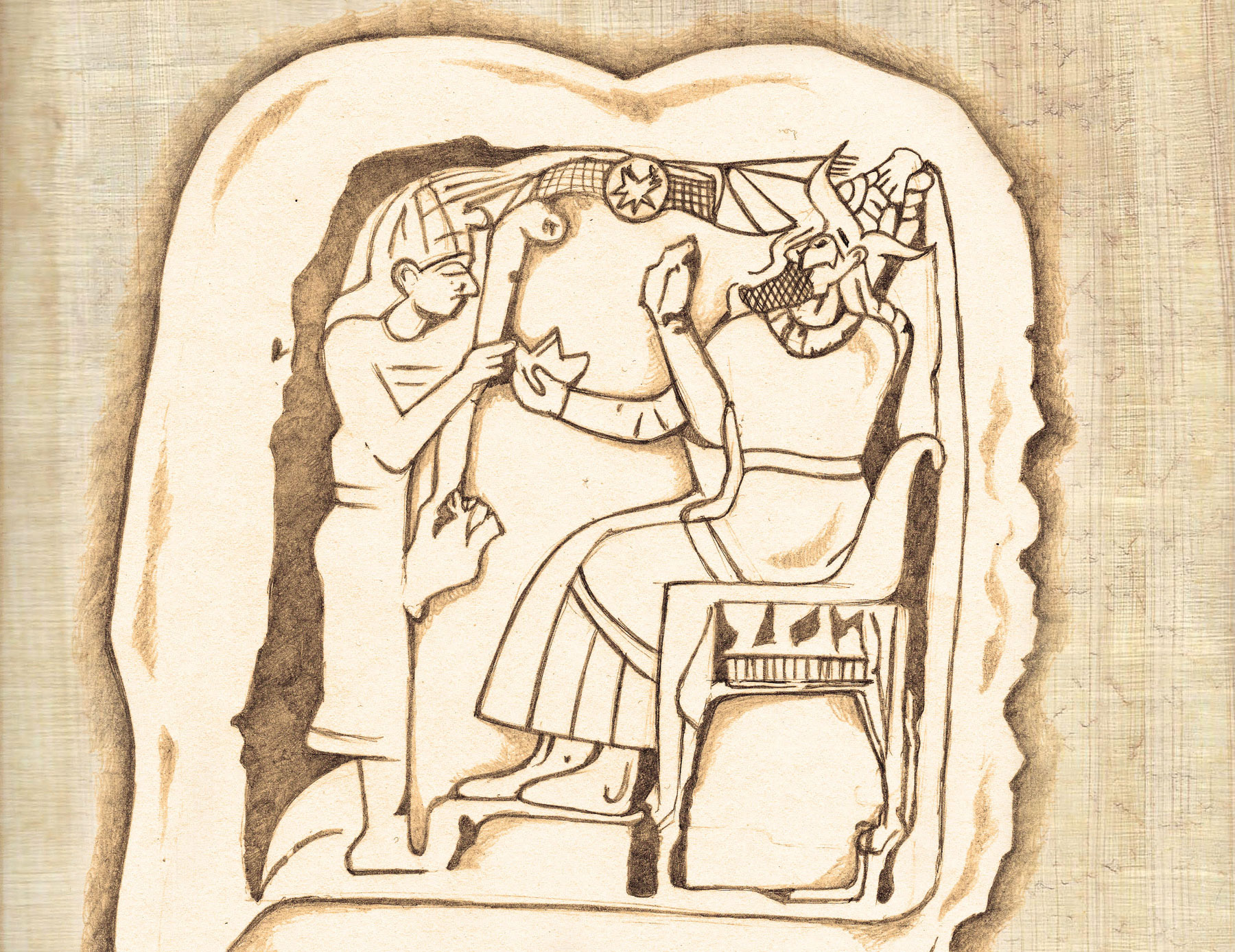 Servant and El by Jody Livingston
“The Son of God was the Messiah who should come.”

The Book of Mormon represents Nephi and other pre-Christian prophets as having a foreknowledge of Jesus Christ as the atoning Son of God and the Messiah. Nephi prophesied, “Yea, even six hundred years from the time that my father left Jerusalem, a prophet would the Lord God raise up among the Jews—even a Messiah, or, in other words, a Savior of the world” (1 Nephi 10:4). This Messiah, Nephi said, would be the “Redeemer of the world” (1 Nephi 10:5) and “the Son of God” (1 Nephi 10:17).

The strong expectations in the Book of Mormon for a coming messiah, including the testimony that Jesus Christ is the Messiah, has raised questions about whether it was plausible for ancient Israelites to have believed such. For many, it seems implausible that the peoples in the Book of Mormon could have known so much about Jesus before his birth. 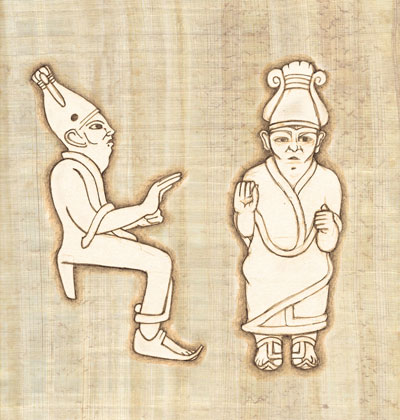 Drawing on the work of Margaret Barker, and other non-LDS biblical scholars,2 author Brant Gardner and other scholars have approached this issue by arguing that the Book of Mormon’s depiction of God and his Son is consistent with ancient Israelite religion. Gardner explained that ancient Israelite religion included the understanding of a father or head deity (called El or El Elyon [God Most High]) and his various sons (including Yahweh or Jehovah) who formed a divine council.3

Yahweh was the “preeminent God of Israel” and understood to be Israel’s Redeemer (cf. Psalms 19:14; Isaiah 47:4; 48:17; 54:5; Jeremiah 50:34). “These ideas,” Gardner argued, “provide the conceptual background that allows us to understand the references to God, the Son, and the Father in the Book of Mormon.” 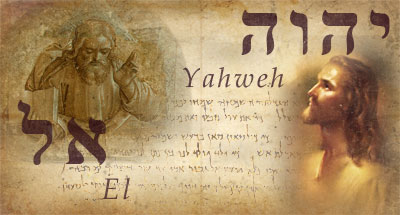 As Gardner went on to explain, the Book of Mormon depicts Yahweh (the pre-incarnate Jesus Christ [e.g. 1 Nephi 19:7–9]) as the Messiah, which Barker argued was the earliest Christian messianic understanding; an understanding that reached back into and restored an important aspect of ancient Israelite religion.5

Kevin Christensen helpfully explained, “Of particular interest to Latter-day Saint studies is Barker’s assertion that the traditions that do account for the appropriate [Christian] messianic expectations go back to the First Temple in preexilic Israel. This roots the Book of Mormon in the key time and place.”6 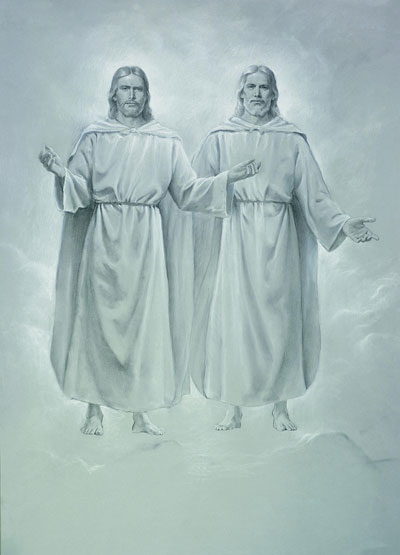 According to Daniel Boyarin, a leading scholar of Judaism, the New Testament’s teachings about the Messiah predate the advent of Jesus, and are rooted in the most ancient form of Israelite religion.7 Boyarin argued, “The Messiah-Christ existed as a Jewish idea long before the baby Jesus was born. . . . The idea of a second God as viceroy to God the Father is one of the oldest theological ideas in Israel.”8

The second God was more than merely a viceroy, however. He is the Redeemer. “The second-God Redeemer figure thus comes, in my view, out of the earlier history of Israel’s religion.”9 These notions are, according to Boyarin, “among the earliest ideas about God in the religion of the Israelites.”10

To conclude his analysis, Boyarin reasoned that “in the very moments that we take to be most characteristically Christian as opposed to Jewish,” we find some of the earliest conceptions of Israelite religion. These include:

At least some of these ideas, the Father/Son godhead and the suffering savior, for instance, have deep roots in the Hebrew Bible as well and may be among some of the most ancient ideas about God and the world the Israelites held.11

These are, notably, the very ideas portrayed in the Book of Mormon. 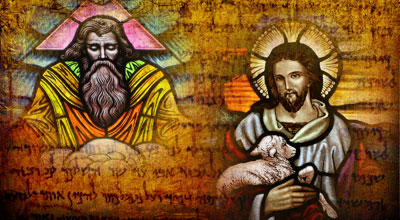 Some authors have questioned the feasibility of ancient Israelites having an understanding of “the son of God” as being Israel’s Messiah. These authors contend that this teaching is anachronistic or out of its time for pre-Christian Israelites, and is either the result of Joseph Smith’s own prophetic “expansion” on the Book of Mormon or an outright anachronism that dates the text to the 19th century.12

However, the work of Gardner and Christensen (drawing, in turn, from Margaret Barker and others) has now plausibly situated the Nephite understanding of God and the Messiah within an ancient Israelite tradition.

Of course, that Nephi and other prophets were granted visions of future events (such as the ministry of Jesus Christ) is something that cannot be directly confirmed or denied solely on historical grounds. If one holds naturalistic assumptions that deny the possibility of God granting revelations of future events to prophets, then no amount of historical argumentation is likely to be persuasive.

That being said, this recent scholarship demonstrates that the Book of Mormon’s depiction of God and his Son as Messiah (who is also a god or godlike figure) finds a much more plausible home in ancient Israel than heretofore supposed. “On exactly those points on which [critics] assert that [the Book of Mormon] is irreconcilable with the Old Testament,” Christensen concludes, “Barker finds shifts in Israelite thought during the exile and beyond. At every point, the original picture corresponds to what we have in the Book of Mormon.”13