Book of Mormon Central / KnoWhys
What Does the Virgin Mary Have to Do with the Tree of Life? 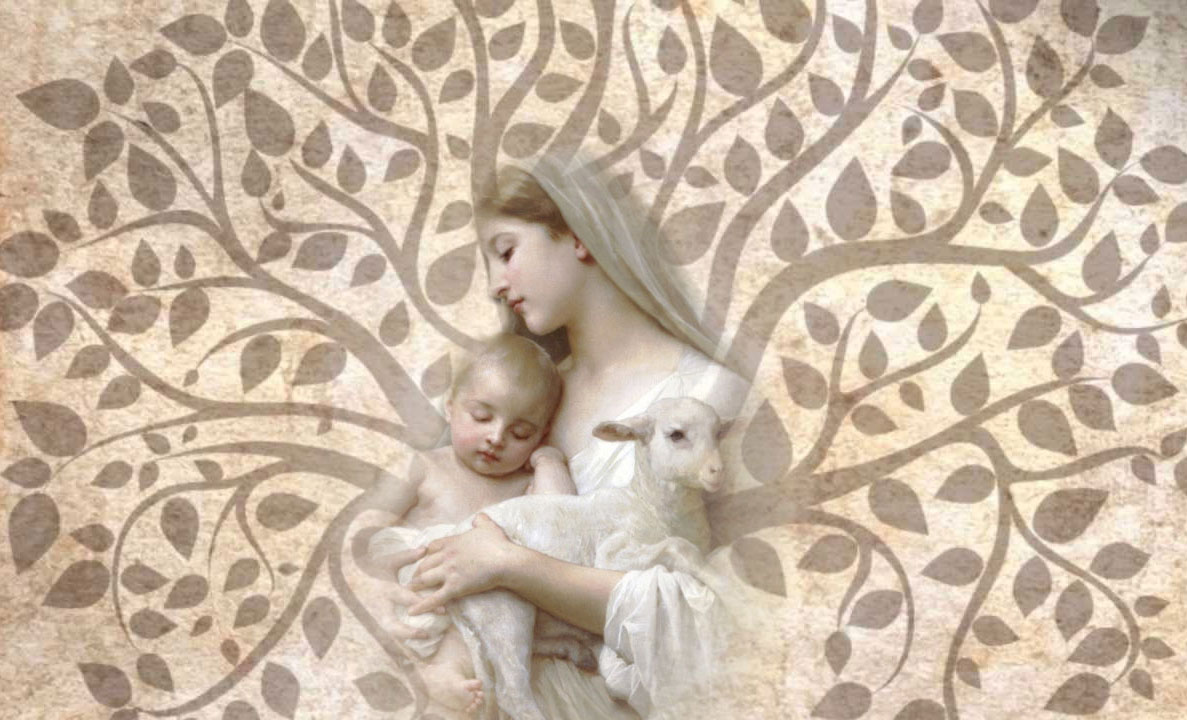 Mary the mother of Jesus depicted as the Tree of Life
“Behold, the virgin whom thou seest is the mother of the Son of God, after the manner of the flesh.”

When Nephi asked the Spirit of Lord the meaning of the tree seen in his father’s dream (1 Nephi 11:11), the Spirit seemingly changed the subject, and called Nephi’s attention to “a virgin.” Nephi said that “she was exceedingly fair and white,” and “most beautiful and fair above all other virgins” (1 Nephi 11:13, 15).

As this vision proceeds, Nephi sees this woman “bearing a child in her arms” (1 Nephi 11:20), and the angel escorting him told Nephi that she is “the mother of God, after the manner of the flesh,” as found in the original text.1 From this vision, Nephi somehow comes to understand the meaning of the tree of life (1 Nephi 11:21–22).

In 1998, Daniel C. Peterson noted a fundamental connection between the tree and virgin. The adjectives describing the virgin (“most beautiful,” “exceedingly fair,” “white”) compared to those describing the tree (“exceeding all beauty,” and “exceed[ing] the whiteness of the driven snow”), are synonyms (1 Nephi 11:8).

Just as the tree bore fruit, the virgin bore a child (1 Nephi 11:7, 20). “Clearly,” Peterson noted, “the glimpse given to Nephi of the virgin mother with her child is the answer to his question about the meaning of the tree. Indeed, it is evident that, in some sense, the virgin is the tree.”2 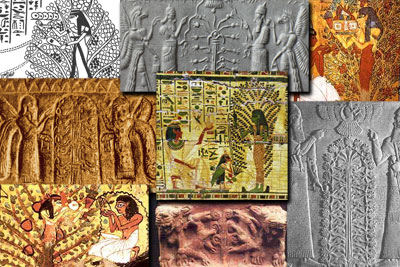 As Peterson goes on to explain, scholars have recently come to accept that in ancient Israelite religion, there was a belief in a divine mother goddess named Asherah, who was represented by the tree of life. The symbolism is widespread throughout the ancient Near East, and can be seen in association with different goddesses by various cultures.

In 2011, Egyptologist John S. Thompson went on to explore additional connections between different Egyptian goddesses and sacred trees. Thompson notes that while most ancient Near Eastern cultures sexualized the tree goddess, the Egyptians emphasized the motherly role, often depicting tree goddesses nursing a child.3 The Israelite Asherah was likewise more focused on the nursing mother and less sexualized—she was the “mother of the gods” and also regarded as the mother of the Davidic kings.4 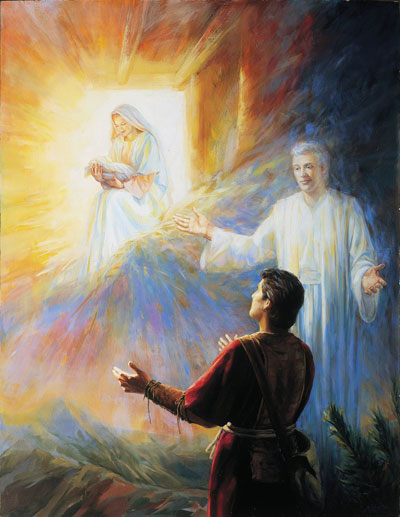 Nothing is more important in Christian worship than to recognize Jesus Christ as the Son of God, born of a virgin, who became flesh as the express image of his Father (John 17:3; Hebrews 1:1–3). The Book of Mormon, as another witness and covenant of God, testifies “that Jesus is the Christ, the Eternal God” as he “manifest[s] himself unto all nations” (Book of Mormon Title Page). The ancient abridger Mormon testified that he had written this book “for the intent that ye may believe” the Bible, and so that modern people may know of the marvelous and miraculous works that have been brought to pass “by the power of God among them” (Mormon 7:9).

The notion of a divine mother goddess strongly resonates with Latter-day Saint belief in a Heavenly Mother.5 While Mary is not to be identified as Heavenly Mother, the ancient Israelite and Egyptian cultural backgrounds shed light on Nephi’s vision and how he made sense of imagery. 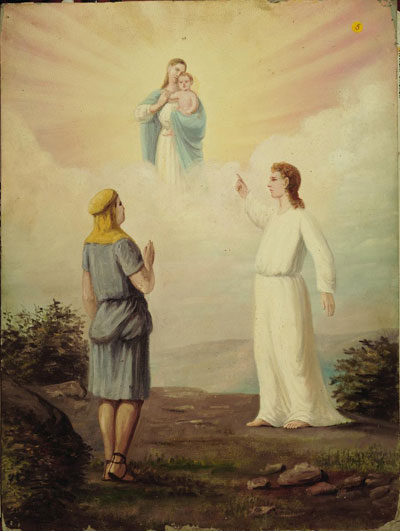 Just as Israelite and Egyptian religions associated a sacred tree with a mother of gods and kings, so Nephi’s guide tied the idea of the tree of life together with the “mother of God, after the manner of the flesh,” whose child was the Messiah, the true Davidic King.

People everywhere can appreciate the beautiful force and effect of Nephi’s revelation. Samuel Zinner, a non-LDS scholar of Enoch studies, has remarked that the symbolism in Nephi’s vision, “implies a theological … continuity between the tree of life, Lady Jerusalem, Lady Nazareth, and the Virgin Mary. These are all ultimately specializations or refractions of Asherah.”6 Margaret Barker, another non-LDS Old Testament scholar, has marveled that Nephi’s vision “is the Heavenly Mother, represented by the tree of life, and then Mary and her Son on earth. This revelation to Joseph Smith was the ancient Wisdom symbolism, intact, and almost certainly as it was known in 600 BCE.”7