Why is a Seer Greater than a Prophet? 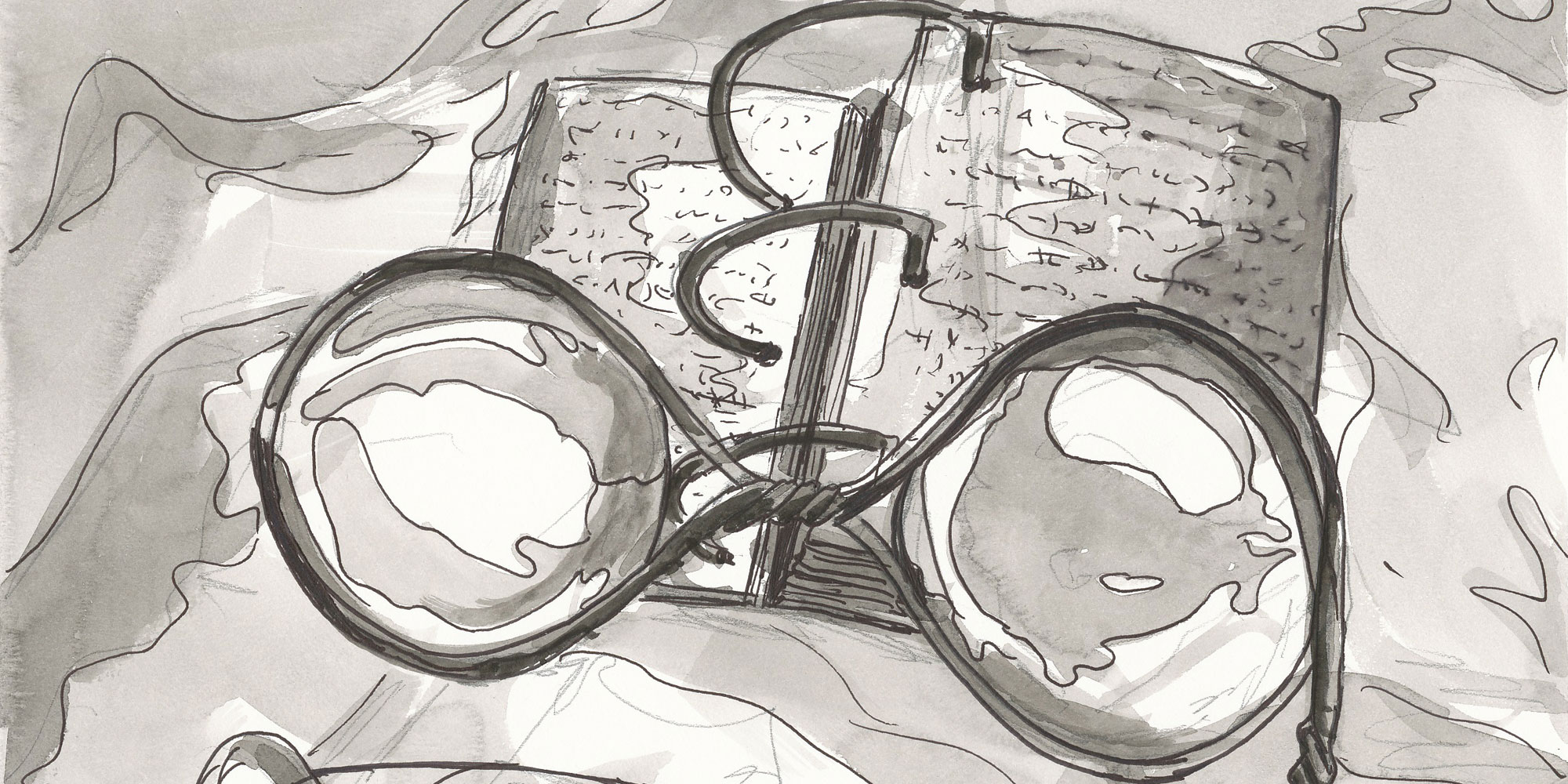 The Spectacles or Interpreters by Anthony Sweat
“A seer is greater than a prophet.”

In Mosiah 8, Ammon, “a strong and mighty man, and a descendant of Zarahemla” (Mosiah 7:3),  included a discourse on the nature of prophethood, seership, and divine translation. In response to King Limhi’s request for a translation of some sacred records (Mosiah 8:11–12), he spoke of “a man [Mosiah] that can translate the records; for he has wherewith that he can look, and translate all records that are of ancient date; and it is a gift from God.” The instruments of translation, which Ammon called “interpreters,” could only be used when divinely commissioned. “Whosoever is commanded to look in them,” Ammon taught, “the same is called seer” (Mosiah 8:13).

With this information in mind, Limhi reasoned that “a seer is greater than a prophet” (Mosiah 8:15). Ammon concurred, and explained,

A seer is a revelator and a prophet also; and a gift which is greater can no man have, except he should possess the power of God, which no man can; yet a man may have great power given him from God. But a seer can know of things which are past, and also of things which are to come, and by them shall all things be revealed, or, rather, shall secret things be made manifest, and hidden things shall come to light, and things which are not known shall be made known by them, and also things shall be made known by them which otherwise could not be known. (Mosiah 8:16–17) 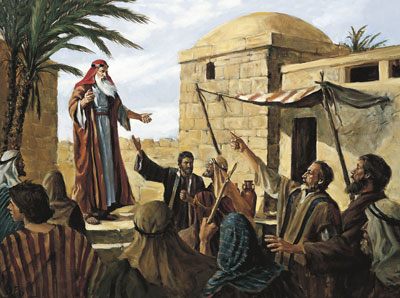 Ammon drew a distinction between prophethood and seership. A prophet, a spokesperson for God, can with divine authority foretell what would, could, or should occur if people behave in certain ways (such as promised blessings for keeping the commandments or promised woes for falling into apostate behavior).1 While each dispensation has great Prophets (capital P) who stand at the head of God’s covenant people or God’s church with priesthood keys, individuals, both men and women, can act as prophets or prophetesses (lowercase P) in their respective lives, families, and ecclesiastical roles (cf. Exodus 15:20; Numbers 11:29; Judges 4:4; Isaiah 8:3; 2 Kings 22:14; Luke 2:36; Acts 11:27; 21:10; Revelation 19:10). 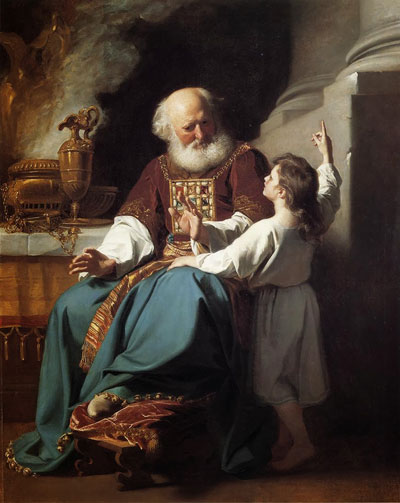 A seer, however, is more than a prophet who pronounces divine judgment or foretells the future. A seer is one who “through faith, might work mighty miracles” by the use of “means” (divine instruments) prepared by God (Mosiah 8:18).2 As Ammon explained, seership is greater than prophethood because a seer unlocks what happened in the past, including mysteries, secrets, obscured teachings, lost scripture, and hidden knowledge. As Limhi acknowledged, the instruments of seership are “doubtless prepared for the purpose of unfolding all such mysteries to the children of men” (Mosiah 8:19). In this way, a seer goes beyond the gifts granted to prophets and is therefore “greater” both regarding power and responsibility.

The Book of Mormon’s description of seership finds a home in the world of ancient Israel. After all, “The Bible . . . mentions people receiving spiritual manifestations by means of physical objects such as rods, a brass serpent on a pole . . . an ephod (a part of the priestly clothing that included two precious stones), and the Urim and Thummim.”3 Indeed, seers are mentioned in the biblical record as having had a presence in Israel’s society (1 Samuel 9:9, 11, 19; 2 Samuel 15:27; 24:11; 2 Kings 17:13; Micah 3:7; Amos 7:12; Isaiah 30:10), and the enigmatic “Urim and Thummim” of the Old Testament (Exodus 28:30; Leviticus 8:8; Numbers 27:21; Deuteronomy 33:8; 1 Samuel 28:6) appear to have had an oracular function in biblical religion.4 The Book of Mormon in this instance is thus consistent with the biblical tradition. 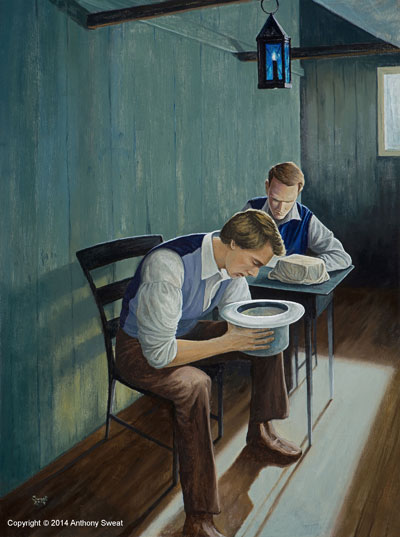 Joseph Smith himself is designated a “seer” in the Book of Mormon and the Doctrine and Covenants (2 Nephi 3:6; Doctrine and Covenants 21:1). He can rightly be called such since with divine instruments he not only translated the Book of Mormon but also glimpsed the distant past of ancient America.5 As Richard E. Turley Jr., Robin S. Jensen, and Mark Ashurst-McGee explained, “Seer stones . . . appear in historical accounts describing Joseph Smith and the Book of Mormon translation.”6 The exact nature of the Book of Mormon translation is not fully understood.7 Nevertheless, historical evidence indicates that Joseph the Seer first saw and then read the translated words of the Book of Mormon that appeared in either the Nephite “interpreters” (also called “spectacles” or later the Urim and Thummim) that were recovered with the plates or in his individual seer stone that he had previously used in certain folk magic activities.8

With the restoration of God’s ancient order in our time came the gift of seership again. Steven C. Walker commented, “The ancient calling of seer remains active through modern times,” as “in the modern Church, members of the First Presidency and the Quorum of the Twelve Apostles serve as seers. These fifteen apostolic officials are designated prophets, seers, and revelators who direct the Church by means of divine revelation.”9