Does Chiasmus Prove Anything about the Book of Mormon? 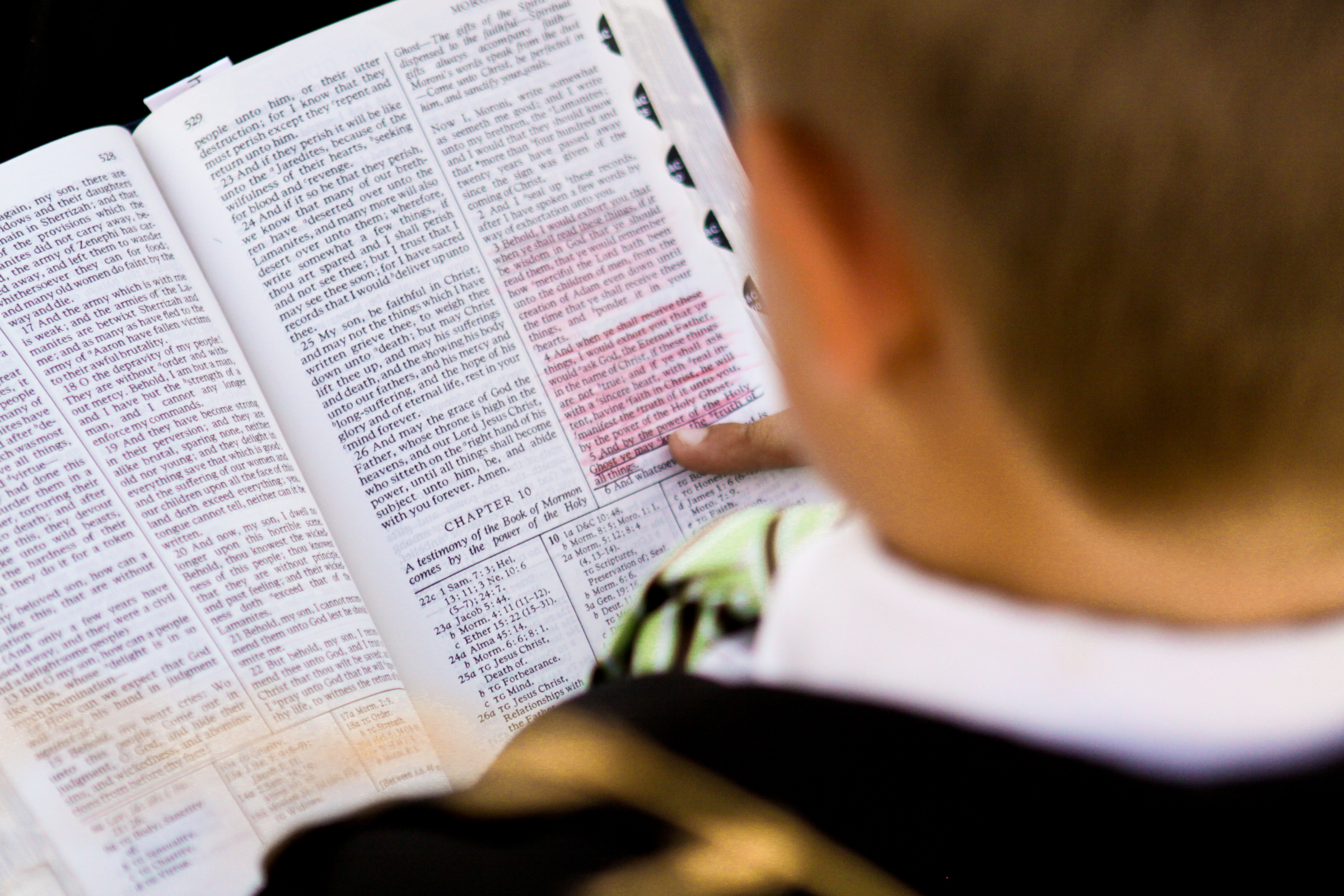 Image via lds.org
"Behold, my soul delighteth in proving unto my people the truth of the coming of Christ … and all things which have been given of God from the beginning of the world, unto man, are the typifying of him."

There are now hundreds of proposed chiasms in the Book of Mormon.2 If they were spread out evenly over the entire text, a chiasm would show up on virtually every page. Undoubtedly, these numerous chiasms have varying degrees of legitimacy, but their sheer quantity makes it less likely that they are collectively a product of random chance.

Many of the Book of Mormon’s chiasms show up as orderly, complex, and precise textual units that comply well with criteria used by both LDS and non-LDS scholars.3 Sound statistical analysis has even demonstrated that several of these more sophisticated chiasms are highly unlikely to have occurred by random chance,4 especially when they are grouped collectively.5 The Book of Mormon’s chiasms often thematically and symbolically enrich their authors’ primary messages in memorable ways, indicating that they cared about more than mere cleverness of form.6

Those Book of Mormon authors who frequently used chiasmus often did so in distinctive ways.7 When Nephi wrote about his family’s journey to the promised land, he did so many years after the events took place. This apparently gave him time to carefully rework the narrative events into multiple chiastic structures,8 which he then embedded into an overarching chiasm spanning the entirety of 1 Nephi.9 Nephi’s chiastic memoirs can be meaningfully contrasted with King Benjamin’s use of chiasmus, which was “quite classical and pure,” and also with Alma’s use, which was “much more creative and personal.”10 Other Book of Mormon authors, like Abinadi, seem to have rarely used this literary form.11

The Nephite prophets claimed to perpetuate the religious and literary traditions of their Hebrew ancestors (see 1 Nephi 3:19). This is significant because chiasmus was arguably a “dominant, if not essential, element of Hebrew writing” during Lehi’s day.12 If such a frequently used Hebrew form were to be absent from the Nephite text, it might reasonably be seen as a “glaring deficiency.”13 Yet generally speaking, the Book of Mormon’s use of chiasmus nicely matches the high frequency and unique style of its use in the Bible.

For example, the “embodiment of the ancient Israelite concept of justice” found in Leviticus 24:13–23 is similarly modeled in Alma 41:13–15, and chiasms such as Helaman 6:7–13 contain parallel words and phrases that work even better if the underlying text was derived from Hebrew.14 Although more extensive comparisons are needed, Welch concluded, “If the absence of chiasmus would be inconsistent with its claim of Israelite origins, then the presence of chiasmus in the Book of Mormon is, at least to an equal extent, evidence corroborating that claim.”15

The Israelites weren’t the only ancient civilization to extensively use chiasmus.16 This literary form also shows up in Mayan texts, and is thought by scholars to be part of ancient America’s earliest poetic tradition.17 In several ways, the Book of Mormon’s use of chiasmus is quite similar to its use in ancient Mayan texts,18 demonstrating that it nicely fits its claimed ancient literary settings in both the Old and New Worlds.

Some have argued that the Book of Mormon’s use of chiasmus is inconsequential because chiasms sometimes show up randomly in a text—for instance, in a computer manual, where its presence was obviously unintentional.19 Others have felt that chiasmus is simply not special or unique because it has been used in children’s books like Green Eggs and Ham, in nursery rhymes like “Hickory Dickory Dock,” and other forms of English prose and poetry.20 It has even been proposed that Joseph Smith discovered chiasmus through his own reading of the Bible or that he drew upon obscure chiasmus-related biblical research to help him fabricate the Book of Mormon.

Yet in one way or another, each of these explanations is lacking. For decades now, scholars of the Bible and the Book of Mormon have recognized that chiasmus can sometimes occur by chance. That is what has led to the rigorous criteria and statistical models that have been used to test a chiasm’s overall strength.21 Many chiasms in the Book of Mormon have passed these tests with flying colors.22

And although nursery rhymes and other forms of English poetry demonstrate various chiasmus-related structures, there would have been little reason for Joseph Smith to assume that such structures were used extensively in Hebrew-related texts like the Bible. John W. Welch has found that even many biblical scholars today “are not aware, either consciously or subconsciously, of the chiastic structure of biblical text.”23 The fact that no one noticed or mentioned the presence of chiasmus in the Book of Mormon for more than 130 years after its publication is pretty good evidence that the vast majority of readers do not detect these structures unless they are pointed out for them.

Joseph Smith’s limited education makes him an especially poor candidate to simply stumble upon this literary form’s association with ancient Hebrew literature,24 whether on his own or through reading obscure, higher-level academic research.25 Even if he had made such discoveries, the high quantity of high quality chiasms in the Book of Mormon seem to be well beyond any amateur attempt at adapting nursery rhymes or mimicking what was then known of biblical parallelisms. It should also be noted that several dozen other types of Hebrew literary forms are also used extensively throughout the Book of Mormon, making chiasmus just the flagship in an entire fleet of Hebrew-related literary evidences.26

In the approximately 74-day process of orally dictating the Book of Mormon to various scribes,27 Joseph Smith seamlessly integrated hundreds of instances of chiasmus—and well over a thousand instances of other varied Hebrew literary forms28—into an already demonstrably complex and consistent text.29 According to scribes and witnesses, he accomplished this without any major revisions and without relying on any working notes or reference materials of any kind.30 Such a feat is nothing short of miraculous.31

The Book of Mormon’s extensive and unique use of chiasmus offers very good evidence that its text is orderly, complex, consistent, and beautiful. It is evidence that it was written by multiple authors who carefully implemented this literary style on certain types of occasions and for particular purposes. It is evidence that whoever wrote the Book of Mormon was likely very familiar with the use of chiasmus in the ancient word, especially by Hebrew writers in ancient Israel and perhaps even by Mayan writers in ancient America. And when viewed collectively, it offers good evidence that Joseph Smith was telling the truth about the Book of Mormon’s miraculous discovery and translation.