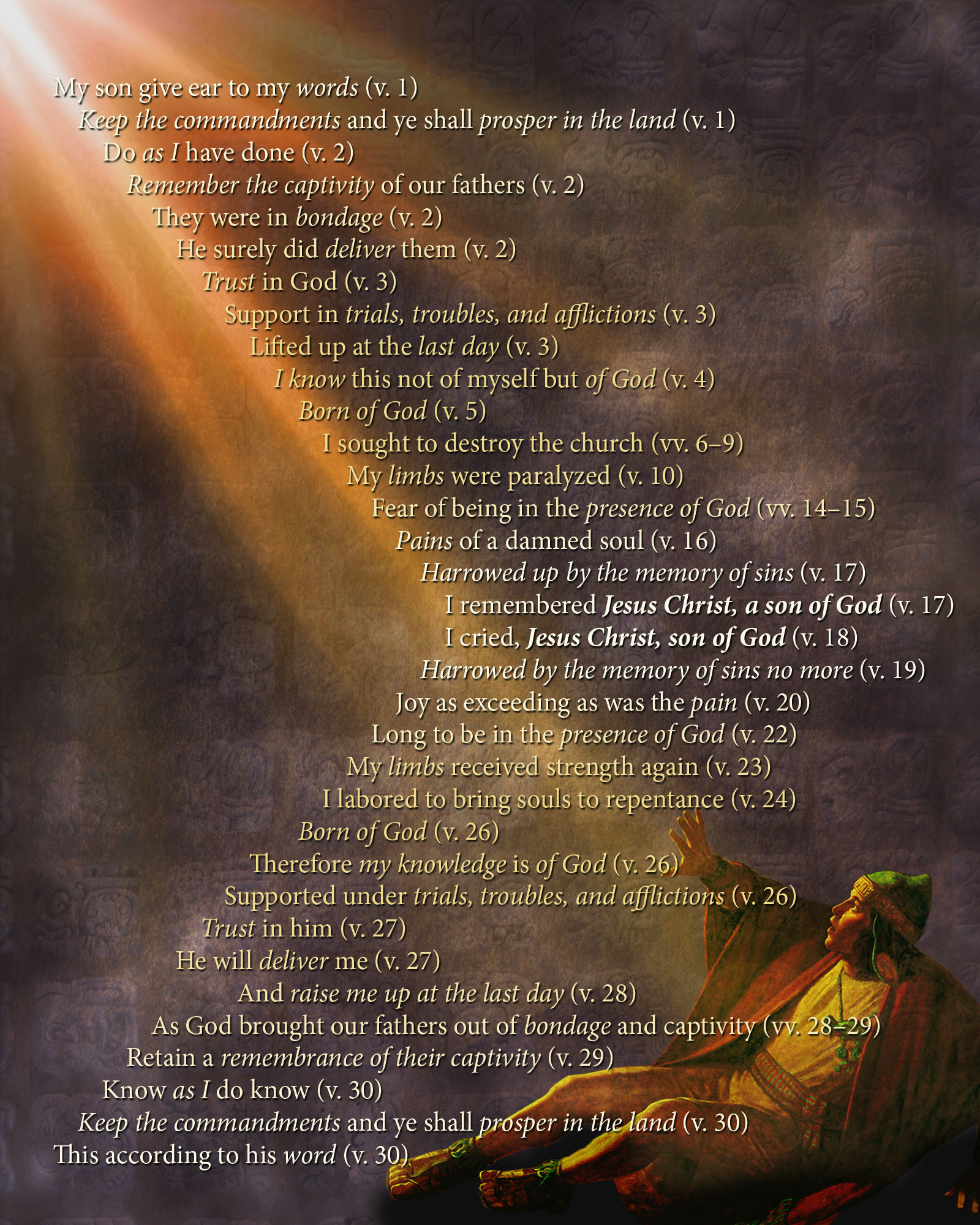 Alma 36 chiasm by Book of Mormon Central
“O Jesus, thou Son of God, have mercy on me, who am in the gall of bitterness, and am encircled about by the everlasting chains of death.”

In the last fifty years, hundreds of chiasms from the Book of Mormon have been proposed and studied.1 As John W. Welch noted in 1995, there are “varying degrees of chiasticity,” and while “many proposed chiasms are impressive and interesting; others appear to be contrived or unremarkable.”2 In other words, not all chiasms are created equal.

So to celebrate the discovery of chiasmus fifty years ago, we at Book of Mormon Central present 10 of the most interesting chiasms in the Book of Mormon. Seven were presented over the last two weeks,3 and now we present the final three. Each one is interesting for different reasons. Some are impressive for their display of artistry and creativity, others are important for the doctrinal truths they help to teach, clarify, or emphasize, while yet others are significant because of ancient Hebrew or Mayan connections.

Nephi’s use of chiasmus “is that of a sophisticated literary technician.”5 One of the most chiastic sections of Nephi’s writings is the brass plates narrative. A chiastic pattern for all of 1 Nephi 3–5 has been proposed,6 and nine other chiasms have been found throughout this story.7 Of those, this is the longest and most complex, and it encompasses the most central event of the brass plates narrative: killing Laban and getting the plates.

The turning point to the story comes as Nephi realizes the need to have the plates for his posterity to keep the commandments (1 Nephi 4:14–15), and this comes at the center of the chiastic structure. The Lord’s commandments are also a central theme of the entire brass plates narrative, and command or commandments get repeated 18 times throughout 1 Nephi 3–5.8 John W. Welch has also illustrated that this story was actually a carefully written legal argument,9 and that chiasmus played an important role in biblical legal texts.10

Nowhere is Nephi’s literary skill more clearly on display than in the expansive chiastic structure of the entire book of 1 Nephi. John W. Welch has explained that both 1 and 2 Nephi “are independent chiastic units, centrally focused and symmetrically organized,”11 but 1 Nephi is the more elaborate of the two. In 1 Nephi, “almost every element in the first half of the book” has “a specific counterpart in the second half.”12 Lehi’s and Nephi’s visions of the tree of life form “the central section of the book,”13 with Nephi’s encounter with the Spirt marking the very center.

Recognizing the book-length chiastic patterns in the Book of Mormon helps explain some of the more unusual features of the book’s organization.14 In the case of 1 and 2 Nephi, it “explains why Nephi divided his writings into two books.”15 Since Nephi was making a political argument in his small plates record,16 the placement of his vision at the very center would suggest that “experiencing the same vision as his father Lehi … [was] the decisive factor which in Nephi’s mind ultimately established him as the successor to his father.”17

Over the last fifty years, Alma 36 has, by far, been the most celebrated and studied example of chiasmus in the Book of Mormon.18 Statistically, it’s the strongest example of chiasmus in the entire Book of Mormon, having a 99.98% certainty that the chiastic pattern did not occur by chance.19 The chiastic structure “powerfully communicates Alma’s personal experience,” with “the central turning point of his conversion” coming “precisely when he called upon the name Jesus Christ.”20

Grant Hardy found that “the order and purposeful design of Alma 36 suggests a world in which God … is in control.”21 As someone who has literally studied hundreds of chiasms in literature spanning across millennia and cultures worldwide, John W. Welch said that Alma 36 “ranks as one of the best uses of chiasmus one can imagine.”22 Its literary power and elegance compelled prominent biblical scholar David Noel Freedman to say, “Mormons are very lucky. Their book is very beautiful.”23 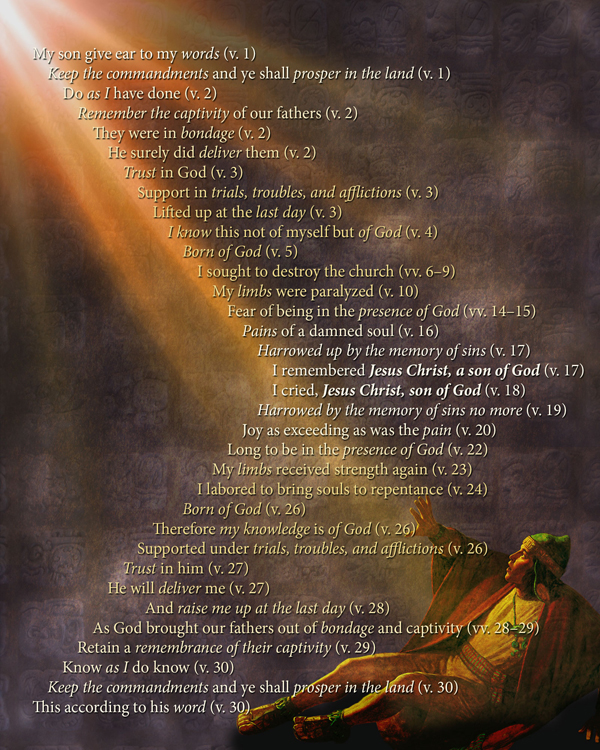 These 10 chiasms illustrate the variety, creativity, beauty, artistry, complexity, and overall significance of the Book of Mormon’s use of chiasmus. Indeed, as Freedman described it, the Book of Mormon is a very beautiful book.

John W. Welch, “What Does Chiasmus in the Book of Mormon Prove?” in Book of Mormon Authorship Revisited: The Evidence for Ancient Origins, ed. Noel B. Reynolds (Provo, UT: FARMS, 1997),