Why Did Nephi Use Chiasmus to Testify of Christ? 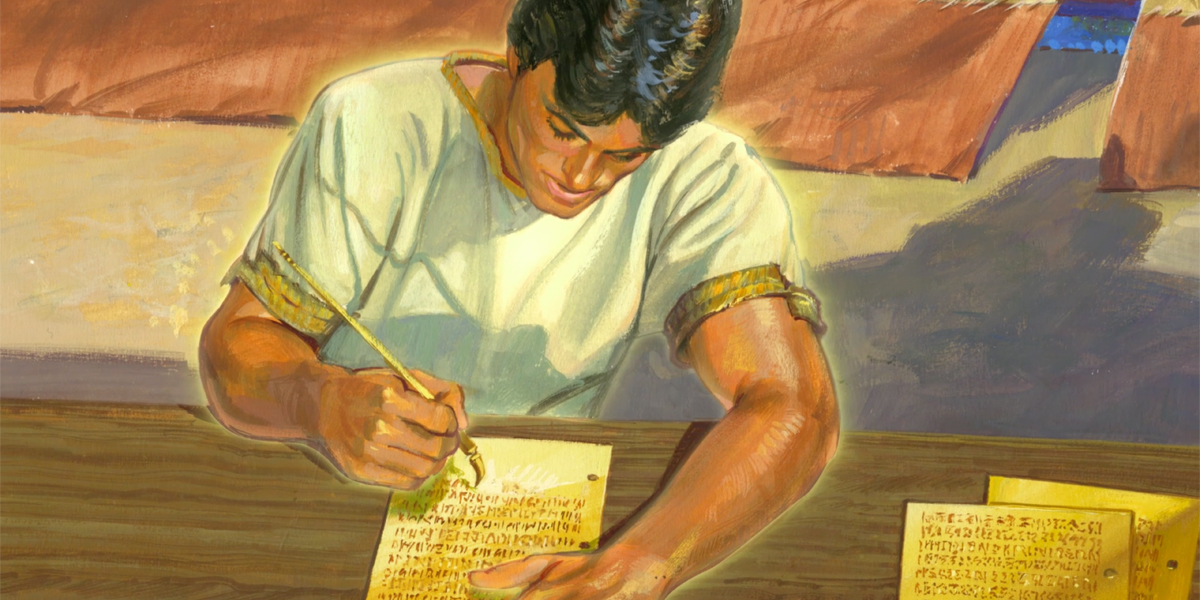 Book of Mormon Stories via lds.org
“Wherefore, by the words of three, God hath said, I will establish my word.”

Much has been said about the use of chiasmus in the Book of Mormon.1 The early prophet-writer Nephi was one of the most skilled authors at using this literary form, and he employed it in a number of ways. The most important way Nephi used it, however, was to testify of Christ.2

For example, Nephi used chiasmus as a means of centralizing Isaiah’s important witness of the Messiah.3 As John W. Welch noted in 1981, 2 Nephi “begins with Lehi’s final Testaments to his sons, grandsons, and sons-in-law. It ends with Nephi’s Testament to his nation,” and in the middle sits Isaiah.4

Nephi said he included the words of Isaiah because Isaiah “saw my Redeemer, even as I have seen him. And my brother, Jacob, also has seen him as I have seen him; wherefore, ... by the words of three, God hath said, I will establish my word” (2 Nephi 11:2–3). Isaiah was Nephi’s third witness of the Savior, and Nephi seems to have carefully and intentionally emphasized Isaiah’s witness by placing it at the center of his chiasm—between Nephi’s and Jacob’s witnesses of Christ.6 As Elder Jeffery R. Holland noted, “Standing like sentinels at the gate of the book, Nephi, Jacob, and Isaiah admit us into the scriptural presence of the Lord.”7

In 2016, Noel B. Reynolds expanded this chiastic understanding of 2 Nephi, seeing on a fuller scale how Nephi’s witness of Christ is indeed the focal point of all of 2 Nephi, as demonstrated by the chart below:

In addition to this broader use of chiasmus, David Sloan has noted that Nephi also uses smaller chiasms to testify of Christ. One good example of this is how Nephi placed his first four references to Christ as parallel elements in two smaller chiasms at the heart of 2 Nephi, as shown below (2 Nephi 11:4–5 and 6–7):

In this passage, the first two instances of the name Christ are found as parallel elements in the b sections, and the second two instances are found in the e sections.10 This emphasizes twice over that Nephi’s greatest delight is in proving the truth about Christ to his people. This double chiastic composition also emphasizes important truths about Christ. The center of these two chiasms teach two similar truths:

In all of these ways, Nephi’s central emphasis on Christ in 2 Nephi is in keeping with one of the foundational rules of chiasmus set forth by Nils Lund in 1942, that because the center of a chiasm is the focus of the chiasm, references to deity are typically concentrated there at the center of strong uses of chiasmus.11 This is exactly what one finds in 2 Nephi. 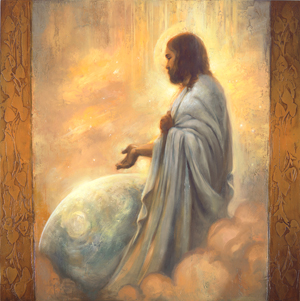 Painting of Christ by Annie Henrie

It may be easy to look at chiasmus in the Book of Mormon simply as a curiosity or a subtle evidence of its authenticity. However, scholarship suggests that it can be much more than this. Scholar Dennis Newton has determined through statistical analysis that Nephi’s chiasms were almost certainly intentional.12 If this is the case, then Nephi deliberately used chiasmus to make many powerful points about the centrality of Christ to his life and to creation itself. These are points that the modern reader could easily miss if they failed to notice the chiasmus in the chapter or were unaware of how chiasmus worked.

As one looks at 2 Nephi with chiasmus in mind, it suddenly becomes more evident how central Christ is to the book of 2 Nephi. For example, 13 2 Nephi 25:24–27, similarly, emphasizes that Christ is the center of their religious observations, even though they were keeping the Law of Moses.14 The name “Christ” appears 53 times throughout 2 Nephi, often within chiasms that emphasize different parts of Christ’s character or mission.15

As Newton stated, “Of the fifteen chiasm candidates examined, eleven were authored with a single literary purpose in mind: to explore the salvational importance of God’s word, obedience to that word, and, ultimately, to resolve the question of how our relationship with Christ intersects and interrelates to our observance of the commandments.”16

Looking carefully at Nephi’s use of chiasmus can help readers to understand Christ better, because it can help them understand better what Nephi said about Him. Christ is the dominant character throughout the entire Book of Mormon, and knowing how the ancient authors of the book expressed this idea can help modern readers to notice more about the Savior and to appreciate more specifically His centrality in all things.

David E. Sloan, “Nephi’s Convincing of Christ through Chiasmus: Plain and Precious Persuading from a Prophet of God,” Journal of Book of Mormon Studies, 6, no. 2 (1997) 67–98. 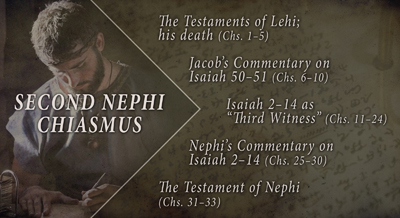 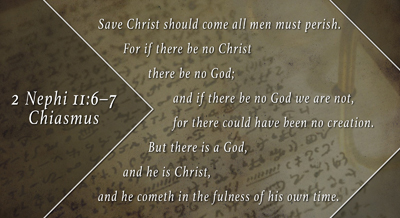 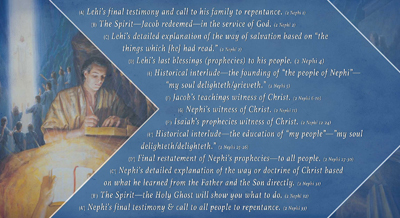 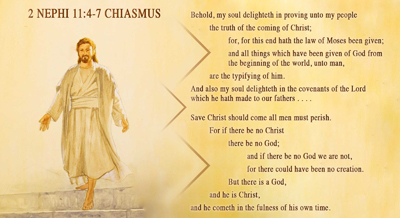