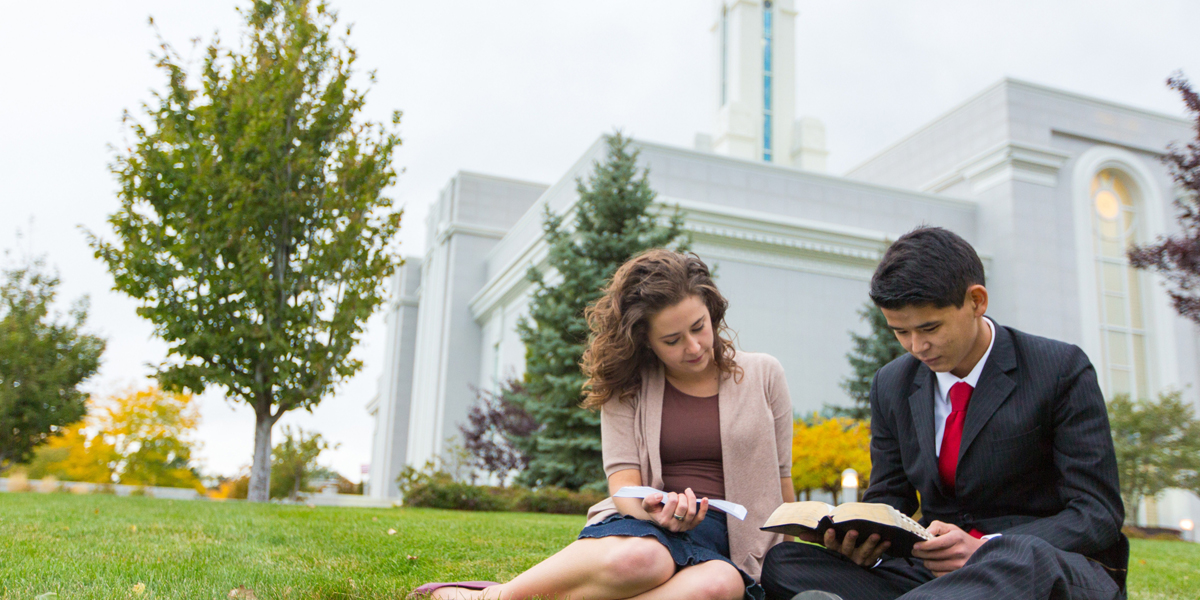 Reading Scriptures Outisde the Temple via lds.org
“But a seer will I raise up out of the fruit of thy loins; and unto him will I give power to bring forth my word unto the seed of thy loins—and not to the bringing forth my word only, saith the Lord, but to the convincing them of my word, which shall have already gone forth among them.”

In a revelation given to the Prophet Joseph Smith in 1829, at the request of Martin Harris, the Lord declared to Joseph that “this generation shall have my word through you” (Doctrine and Covenants 5:10). The revelation was given in the context of the translation of the Book of Mormon, which represented God’s “words that are given through [Joseph]” (Doctrine and Covenants 5:11). The Book of Mormon represents a great outpouring of truth delivered to the world through the Prophet Joseph Smith.

The Book of Mormon restores plain and precious truths that were lost over the centuries. The prophet Nephi saw in a vision that many parts of the gospel that were “plain and most precious” and “the covenants of the Lord” would be lost and “taken away” (1 Nephi 13:26) from those original writings. The Lord had foreseen this and prepared the way for the Book of Mormon to restore and “make known the plain and precious things which have been taken away” (1 Nephi 13:40). 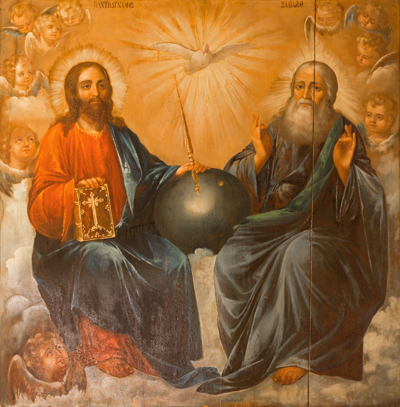 Some of the many “plain and precious things” that were restored through Joseph Smith by way of the Book of Mormon include truths about the Godhead. The Book of Mormon affirms the unity of the Godhead (see 3 Nephi 11:27), while, at the same time, emphasizing that its three members are separate and unique, each bearing record of the others.1 Some specific examples include:

The Plan of Salvation

Painting of the Plan of Salvation by Clair Hamaker

Many additional examples of the “plain and precious things” restored through Joseph Smith by way of the Book of Mormon could be listed here. Without being exhaustive, here are just a few more: 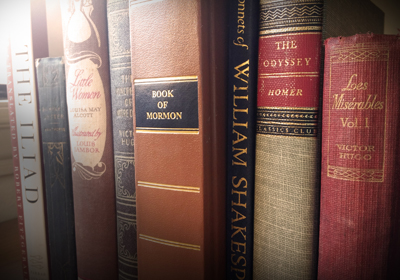 Elder LeGrand Richards declared, regarding the Prophet Joseph Smith, “As far as our records show, he has given us more revealed truth than any prophet who has ever lived upon the face of the earth.”15 Much of this revealed truth in the earliest years of the Restoration came through Joseph’s translation of the Book of Mormon.

The Book of Mormon preserves an ancient prophecy by the biblical patriarch Joseph, concerning the coming forth of God’s word to his posterity in the latter days. The Lord declared to ancient Joseph: “But a seer will I raise up out of the fruit of thy loins; and unto him will I give power to bring forth my word unto the seed of thy loins” (2 Nephi 3:11).

The latter-day Joseph would bring forth and translate the words of ancient Joseph’s descendants, the Nephites, and convince many of their truthfulness. In so doing, he would restore many of the “plain and precious things” of the gospel that had been taken away.

Modern readers who familiarize themselves with the unique doctrines that the Book of Mormon has restored to the world in these latter days can better appreciate the Lord’s mercy and love for His children. Additionally, they can more fully understand in what ways the Lord fulfilled His promise that “this generation shall have my word through” Joseph Smith.

John A. Tvedtnes, “The Role of the Book of Mormon in the Restoration of the Church,” in The Most Correct Book: Insights from a Book of Mormon Scholar (Salt Lake City, UT: Cornerstone, 1999), 291–316.

Bruce R. McConkie, “This Generation Shall Have My Word through You,” Ensign, June 1980.