Why Did Samuel Make Such Chronologically Precise Prophecies? 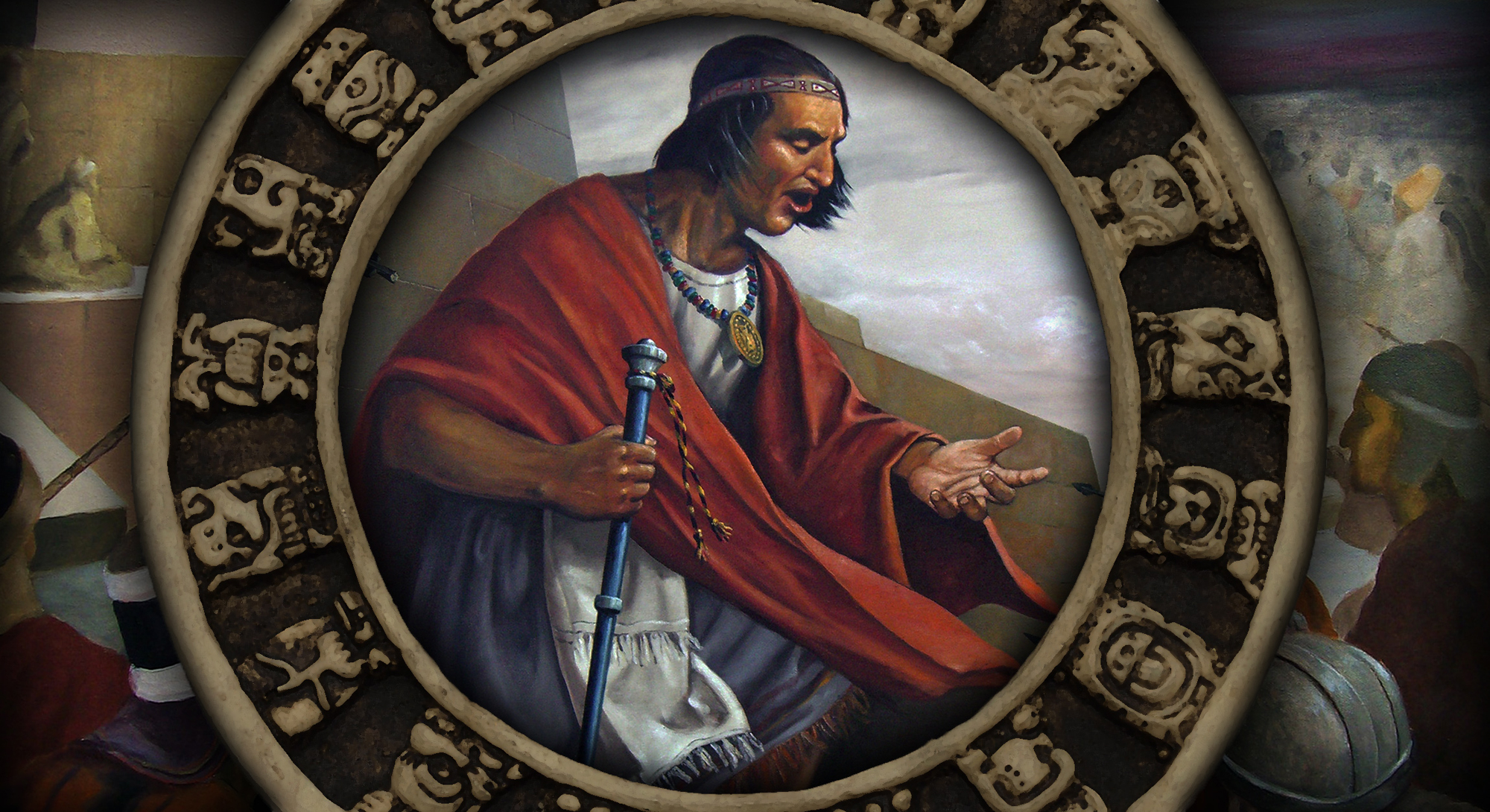 Composite image of Samuel en la Muralla and Samuel en la Muralla 2, by Jorge Cocco, withe Mayan Calendar added by Book of Mormon Central
“Behold, I, Samuel, a Lamanite, do speak the words of the Lord which he doth put into my heart; and behold he hath put it into my heart to say unto this people that the sword of justice hangeth over this people; and four hundred years pass not away save the sword of justice falleth upon this people."

During his extended address to the Nephites in Zarahemla, Samuel the Lamanite made two remarkably specific prophetic utterances. First, he declared, “four hundred years pass not away save the sword of justice falleth upon this people” (Helaman 13:5; cf. v. 9; Alma 45:10). Later, he said, “Behold, I give unto you a sign; for five years more cometh, and behold, then cometh the Son of God to redeem all those who shall believe on his name” (Helaman 14:2).

Such precise prophetic predictions are rare in scripture.1 Even within Samuel’s own discourse, there is another prophecy—the sign of Christ’s death—where the exact timing is not mentioned (see Helaman 14:14, 20–27).2 It seems likely that when the exact timing is included in the record, the timing itself was somehow significant.

All ancient societies had important calendar units or time periods that were carefully marked.3 LDS Mesoamericanist John E. Clark noted, “The major cycle of Maya time was a four-hundred-year period called a baktun.”4 Each baktun was broken down into 20 units called a katun, a 20-year cycle, and the katun was subdivided into units called a hotun, which was a five-year cycle.5 According to John L. Sorenson, “Omens and prophecies … among the Maya were commonly phrased in terms of the beginning or ending of whole calendar units.”6 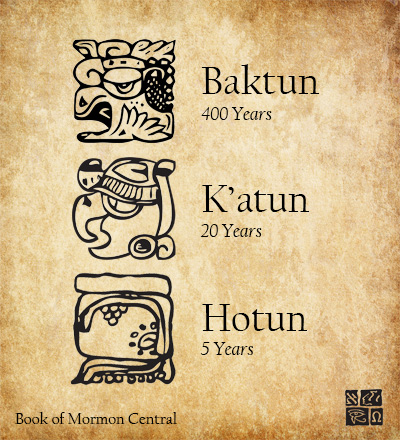 In this light, it is significant that both of Samuel the Lamanite’s time-specific prophecies correlate to the specific units of measurement within the Mesoamerican calendrical system.7 As Clark put it, “Samuel the Lamanite warned the Nephites that one baktun ‘shall not pass away before … they [would] be smitten’ (Helaman 13:9).”8

Another LDS Mesoamericanist, Mark Wright, suggested, “Samuel the Lamanite may have been making a hotun prophecy when he stated that in ‘five years’ signs would be given concerning the birth of Christ (Helaman 14:2).”9 Interestingly, according to Sorenson, “In Yucatan at the time of the Spanish conquest, the ruler or his spokesman … had the duty to prophesy five years in advance what fate the next twenty-year katun would bring.”10 In similar fashion, Samuel the Lamanite prophesied the fate of the next baktun (Helaman 13:5, 9), and apparently did so five years in advance (Helaman 14:2).11 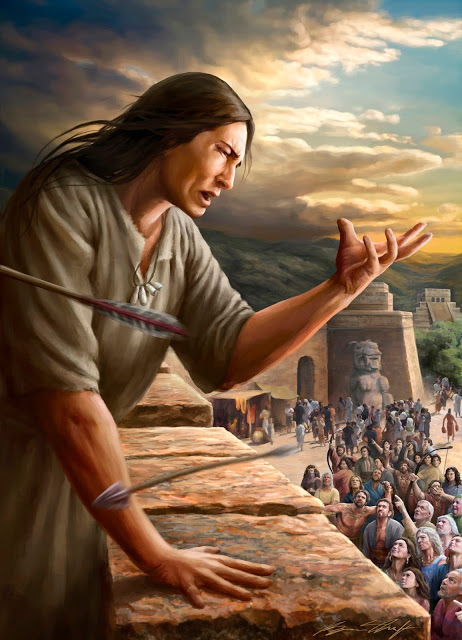 Mesoamerican anthropologist Prudence M. Rice explained, “Time is a cultural construct. Its units of measurement, meaning, and so on are unique in terms of legitimizing power and authority.”12 It is therefore highly significant that Samuel the Lamanite’s chronologically precise prophecies each used time periods that were likely important within the broader cultural context of the Nephites. The use of these culturally important time periods likely served to legitimize Samuel’s prophetic authority and credibility.

As Sorenson observed, “In Mesoamerican thinking, Alma’s and Samuel’s prophecies for an entire baktun would have been exceedingly profound statements.”13 Another Latter-day Saint Mesoamerican expert agreed: “Samuel’s prophecy included such a powerfully evocative number that the people would doubtless have considered the entire prophecy highly symbolic.”14

According to Wright,15 part of that symbolism would have made the prophetic utterance relevant for Samuel’s contemporary Nephite audience. Mesoamerican views of time were cyclical—meaning they expected certain events to repeat themselves over the course of each katun or baktun.16

Thus, a prophecy of destruction in 400 years—in one baktun—could also be considered a warning of destruction in the here and now.17 Indeed, Samuel warned that at that very moment, “the sword of justice hangeth over this people,” that “the anger of the Lord is already kindled against you,” and that the only way out was repentance followed by continuing faith in Jesus Christ (Helaman 13:5–6, 30).18 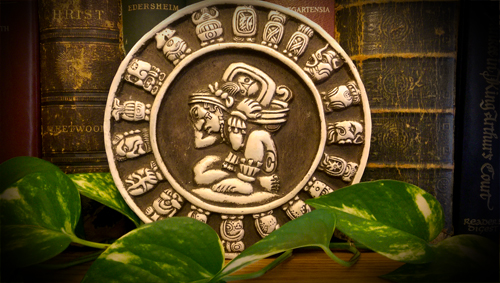 Meanwhile, the hotun was a period commonly celebrated and commemorated, as was the katun.19 Samuel’s prophecy warned the people in advanced that the next hotun would truly be a cause to celebrate—it would mark the birth of the Lord and Savior into the world. Mormon recorded that the coming of the sign did indeed bring “glad tidings unto the people” (3 Nephi 1:26). The occasion was no doubt honored and celebrated for hotuns and katuns to come, not only as marking the birth of Christ but also in commemoration of the miraculous timing of the sign—coming, as it did, just in time to spare the believers from being executed (3 Nephi 1:8–16).

This background also potentially explains why a specific time frame for the sign of Christ’s death goes unmentioned in Samuel’s prophecy. It did not come at the completion of an important unit of time, as did the birth of Christ (a hotun) and the ultimate fall of the Nephites (a baktun). Mormon, it seems, mentioned the specific time frame of these events when it coincided with time cycles deemed important within the surrounding culture. The prophetic use of highly symbolic time periods in Book of Mormon prophecy appears to be an example of the Lord speaking “unto men according to their language, unto their understanding” (2 Nephi 31:3; cf. Doctrine and Covenants 1:24).20