Book of Mormon Central / KnoWhys
Why Did Mormon Say the Children of Men are Less than the Dust of the Earth? 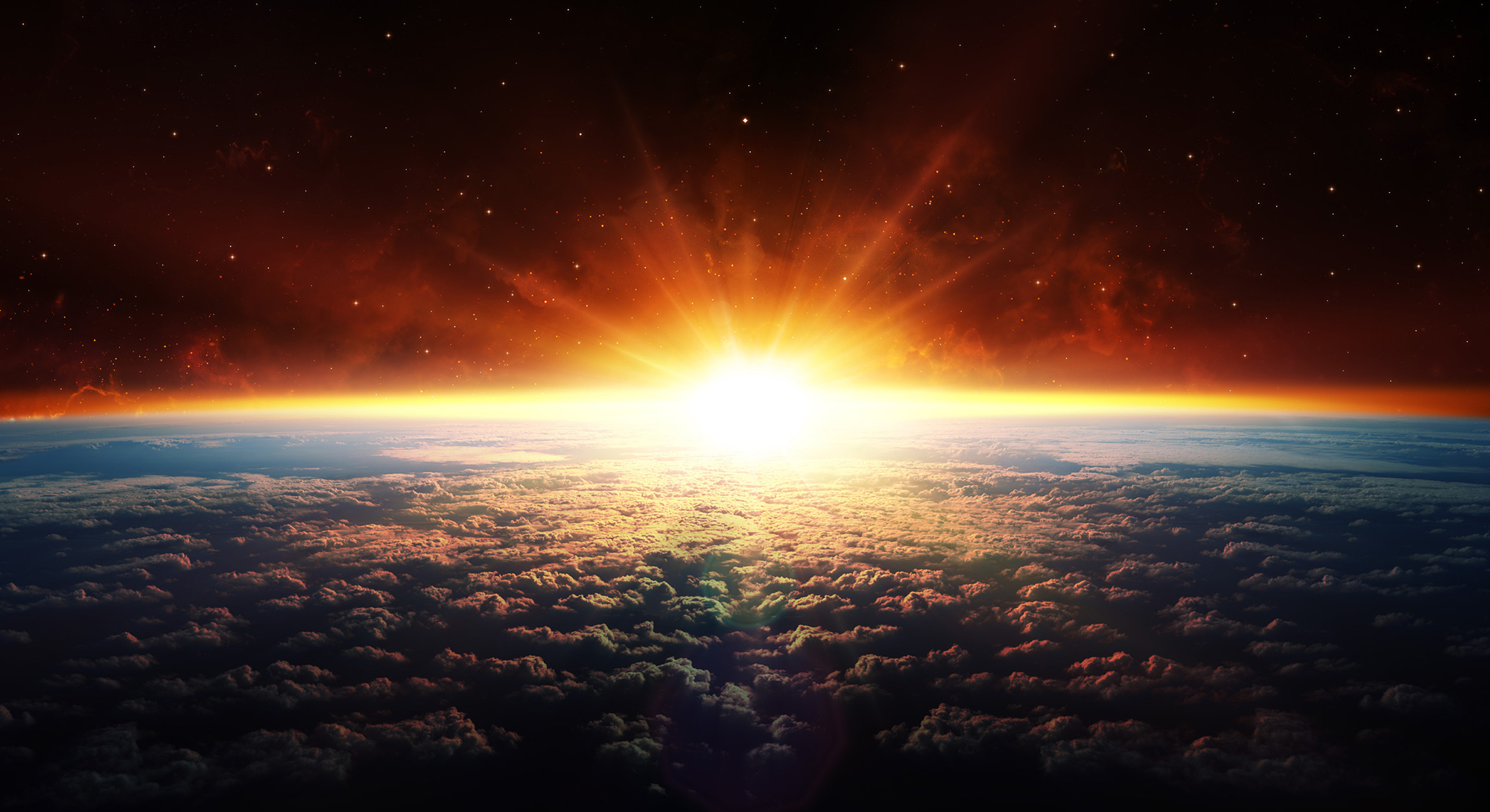 Sunset in Orbit by Romolo Tavani
"O how great is the nothingness of the children of men; yea, even they are less than the dust of the earth."

As part of a chapter-long reflection on the foibles of sin and wickedness, Mormon contrasted the ostensible obedience of nature over against the sinful disobedience of men. For example, in response to the voice of the Lord, dust moves hither and thither, hills and mountains are transformed into valleys, and the whole earth shakes (see Helaman 12:7–12). In his sobering commentary, Mormon continued,

This verse has puzzled many readers because it seems to suggest that Mormon, and perhaps his contemporary culture, fully envisioned a scientifically correct understanding of the cosmos. The modern sun-centered model of our solar system, however, would have been quite foreign to ancient societies. 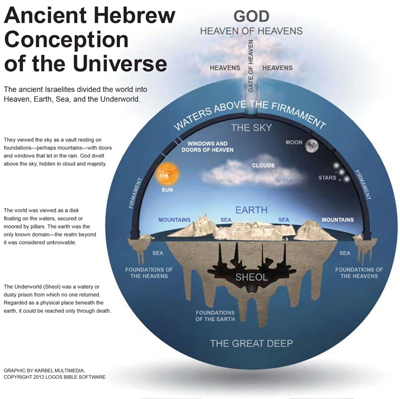 David Grandy has explained that in the cosmological view of the Old Testament,

there would be no allowance for either the sun or the earth to fully orbit the other body. This is because the earth was not imagined as a round body hanging freely in space … Instead the earth was thought to rest on subterranean waters, which God had separated at the creation from waters now situated above the firmament.1

Moreover, although many ancient cultures were astute observers of heavenly phenomena, “as far as we know, no pre-Columbian American culture espoused a heliocentric worldview.”2

How much Mormon may have known about physics and astronomy is, of course, unknown. It is possible, of course, that he—either through revelation or some ancient source unknown to the modern world—received more scientifically accurate information about the cosmos than his pre-Renaissance contemporaries.3 As Erich Paul has suggested:

Without additional observational data (discovered conclusively in 1838–39), it is not possible to distinguish (definitively) whether the earth or the sun (or both) is in motion. Therefore in one sense the Helaman account does not so much contradict Old Testament geocentrism as it simply stands these views upside-down, so to speak, in favor of the modern view of heliocentrism by emphasizing the relative position of the observer.4

Finding it unlikely that Mormon held a modern scientific view of the cosmos, Grandy’s analysis goes on to clarify how Mormon’s statement reflected in several ways a sacred Israelite worldview, rather than a post-Newtonian scientific understanding of physical motion. As Grandy explained:

Living in the aftermath of the rise of modern science, we might wonder how premodern people could ever attribute sentience or life principle—or at least the capacity to respond to nonmechanistic influences—to things we “know” to be lifeless. Would it not be obvious to every thinking person, regardless of background or era, that rocks are inert entities?5 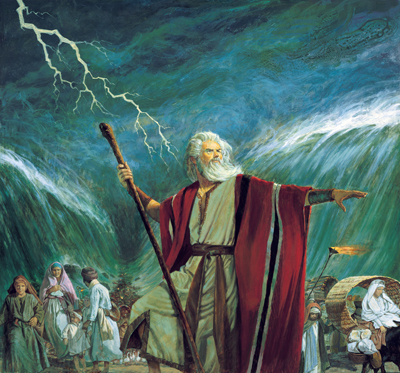 But the idea that nature was inert was exactly what Mormon did not assume. For him, rocks, hills, mountains, the whole solar system, and even the smallest particles of dust, obeyed the commands of God (Helaman 12:7–10). And that was the prevailing view in most of the world until “Johannes Kepler’s declaration that he had decided to quit thinking of the cosmos as a divine organism so that he could begin thinking of it as [an inert] mechanical clock."6

Mormon lamented the repeated failure of humans to be subservient to their Creator and Benefactor when the earth and the sun and all else was readily compliant:

Mormon, wanting to impress upon earthbound humans the need for obedience and using the moving earth as an example of obedience, keeps the sun [obediently] stationary and lets the earth [as it is commanded] do all the moving. Thus he drives home the point that it is contrary to our earth experience, to the witness of terrestrial nature, that humans should ever settle down into self-satisfied pride and thereby stop moving, obeying, repenting, and growing.7

Whatever the truth is about Mormon’s scientific understanding of the cosmos, Grandy’s insights about nature’s movement in response to the words of God are well worth absorbing. As Grandy explained, “When taken in context, Mormon’s … mention of a moving earth is fully consistent with the biblical attitude that all of nature is mindful of God and quick to move or act in ways that glorify him.”8 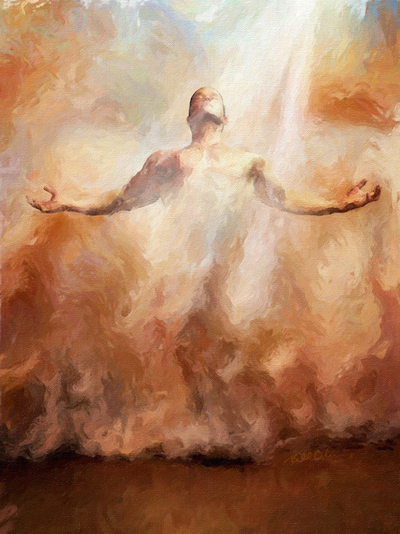 Like ancient Israelites, Mormon probably believed that everything, including the earth and the sun, in some important sense, move or stand still because of some potential capability that God put in place as he organized the cosmos or because of some additional commandments that carry God’s plan forward.

In contrast to nature’s perfect accordance to divine will, Mormon lamented, “O how foolish, and how vain, and how evil, and devilish, and how quick to do iniquity, and how slow to do good, are the children of men” (Helaman 12:4). Mormon aptly utilized this natural contrast to help men learn to humble themselves willingly before God by recognizing that “they are less than the dust of the earth” (v. 7) when they fail to love and follow God’s wisely ordered plans and principles.

However much Mormon did or did not know about the physical universe, he was not speaking here from a scientific point of view, but from a doctrinal and symbolic perspective. Thus he probably intended for his readers to focus mainly on his moral lesson, that humans are less than the dust of the earth when they disobey God.

Despite our fallen condition and natural inclinations to go astray, it is good that men and women have the agency to put off disruptive temptations, so that through the atonement of Christ and by obedience to the laws and ordinance of the Gospel, all mankind may be saved and ultimately can become divinely exalted beings. President Dieter F. Uchtdorf taught,

This is a paradox of man: compared to God, man is nothing; yet we are everything to God. While against the backdrop of infinite creation we may appear to be nothing, we have a spark of eternal fire burning within our breast. We have the incomprehensible promise of exaltation—worlds without end—within our grasp. And it is God’s great desire to help us reach it.9