Book of Mormon Central / KnoWhys
What are the Origins of Lehi's Understanding of the Fall? 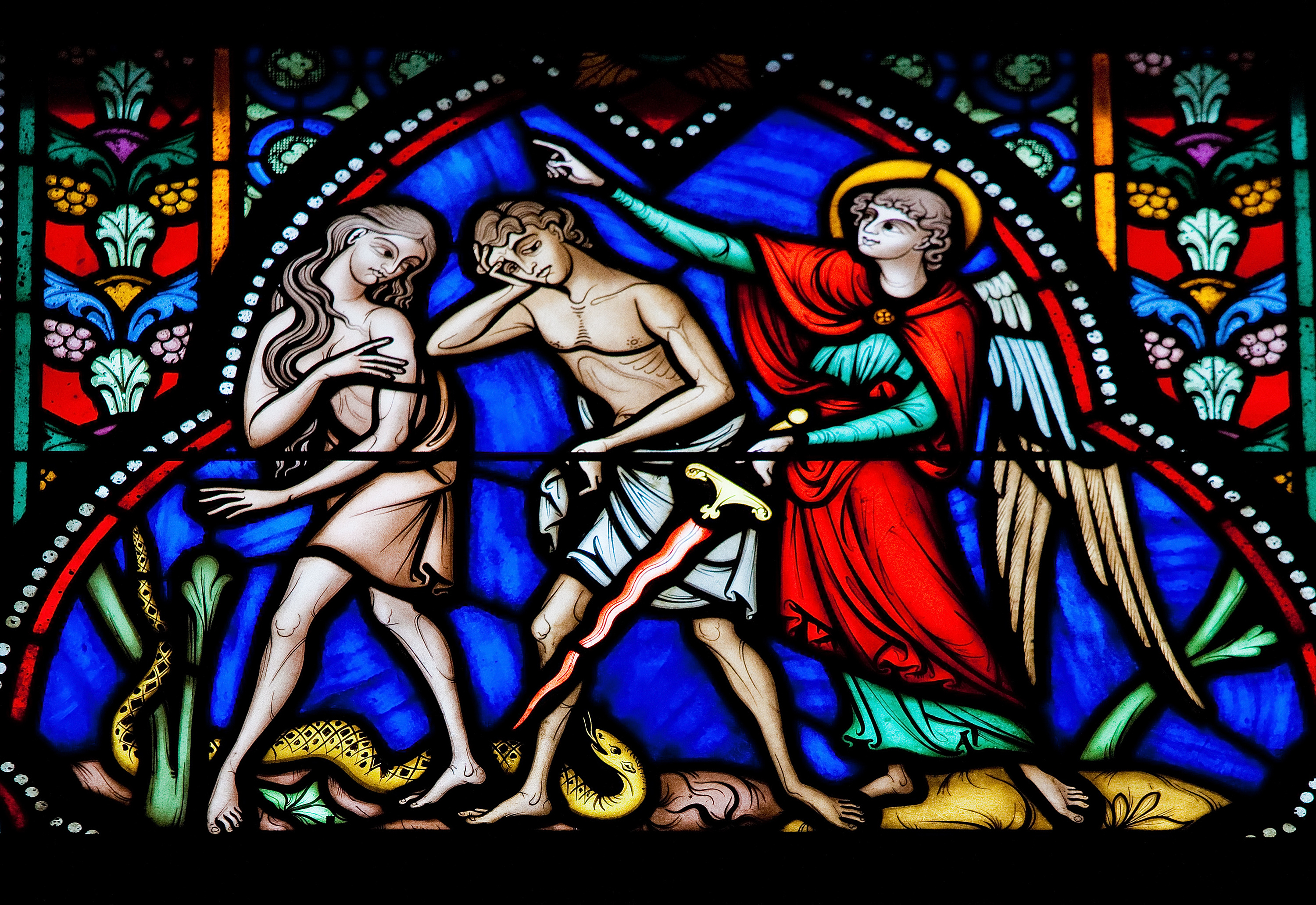 “The Sinners are Expelled from Paradise” stained glass panel from Auxerre Cathedral
"Adam fell that men might be; and men are, that they might have joy."

Several important doctrines that are incomplete or ambiguous in the Bible are taught with clarity and detail in the Book of Mormon. One such doctrine is the Fall of Adam and Eve, a central component of the Plan of Salvation. Without an understanding of the Fall, no understanding of the Atonement can be complete.

In his instruction to his young son Jacob, Lehi gave a detailed exposition of this doctrine and lays the foundation on which later Book of Mormon prophets would build. Lehi’s teaching connects the Fall of Satan from heaven to the Fall of man on earth (2 Nephi 2:17–18) and indicates that the Fall brought on the conditions of mortality, death, and opposition.

Lehi also stressed a positive side to the Fall, teaching that it is only through the Fall that Adam and Eve could have children, allowing us all to come into the world and experience joy (2 Nephi 2:22–25).

Lehi taught that while man inherited a fallen nature, we nonetheless are not “totally depraved,” as opposed to what has been generally understood and preached concerning the Fall since the time of Augustine. Instead, we understand from Lehi's teachings that we all now have the freedom to choose “liberty and eternal life, through the great Mediator of all men, or to choose captivity and death, according to the captivity and power of the devil” (2 Nephi 2:27).

For many readers today, Lehi’s teachings may well seem unique and original, but he told Jacob that his teachings about the Fall are based on “the things which I have read” (2 Nephi 2:17), presumably from the plates of brass. The origins of Lehi’s understanding, therefore, came from sources already available to him.

In trying to understand the background to the Book of Mormon’s teachings on the Fall, one LDS scholar, Stephen D. Ricks, examined portrayals of Adam and the Fall in ancient Jewish writings that were not included in the Bible.1  After giving several examples, Ricks provided the following summary of teachings common to both the Book of Mormon and later Jewish texts: 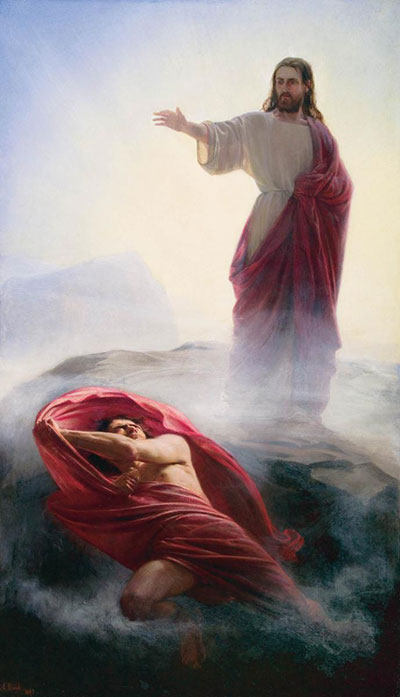 These extra-biblical texts come from the era scholars call the Second Temple Period, which is after the time Lehi left Jerusalem. This commonality between Lehi’s teachings and later Jewish texts on the Fall suggests that these doctrines may indeed have been present several hundred years earlier than is previously thought.

Indeed, Bruce M. Pritchett Jr. has found that careful investigation shows that hints of the doctrine can be found in Old Testament writings that likely come from before or around Lehi’s time.3  Pritchett specifically examined Psalms 82:7, Hosea 6:7, Job 31:33, and Ezekiel 28:11–19 as references to the Fall, noting that the Hebrew ke-ʾādām, translated as “like man” in the KJV, could just as easily be read as “like Adam.” Based on his analysis, Pritchett concluded:

Though the Old Testament never refers to Adam’s sin by using the word fall, it does teach or reflect the following basic elements of this doctrine in various scriptures: (1) that Adam’s sin resulted in a metamorphosis from immortality to mortality, (2) that mankind inherited its mortal state from Adam, (3) that all mankind has fallen into sin, and (4) that evil and suffering in the world could be for man’s benefit as well as his punishment.4 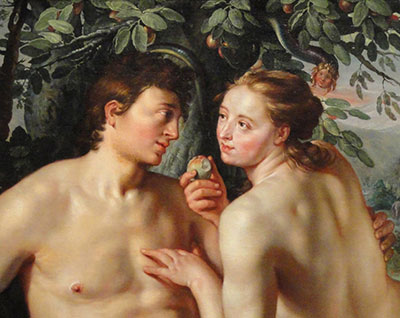 Pritchett also noted that “three of these four scriptures (excluding Hosea 6:7) mention the fall of Adam in close connection with the fall of Satan.”5

While these are merely bread crumbs compared to the doctrinal feast that Lehi lays out, it does suggest that there was a foundational understanding of the Fall upon which Lehi could expound.

Moreover, Lehi’s understanding of the Fall may have ultimately stemmed from ancient temple teachings. Kevin Christensen has pointed out that several ideas presented in 2 Nephi 2 are considered to be part of ancient “temple theology,” as proposed by biblical scholar Margaret Barker. This notion includes “not only a discussion of Eden and the creation, but also of the fall of Adam … the fallen angels, the atonement of the Messiah, the Holy One, and coming judgment.”6

John W. Welch notes, “Several of the main doctrines taught by Lehi seem to echo and presage temple types and teachings.” Welch finds that is not only true about 2 Nephi 2, but throughout Lehi’s various discourses found in 2 Nephi 1–4. Lehi’s central themes “are readily at home in the context of the ancient temple typologies.”7  Significantly, three of the four Old Testament passages used by Pritchett—from the Psalms, Job, and Ezekiel—are believed by some scholars to be connected to the temple.8 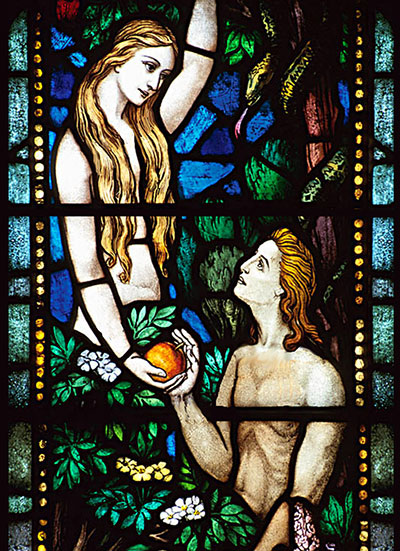 As people try to understand better the origins of Lehi’s doctrines relating to the Fall, several interesting things come to light. First, it is worth pointing out that the concepts Lehi teaches in this connection are at home in ancient Israelite and early Jewish beliefs. While Lehi brings these ideas together and expounds on them like no one else before or since, the core ideas were present and available within the Hebrew tradition.

Second, as a byproduct of the first, it becomes apparent that this fuller doctrine of the Fall is not an innovation of either Lehi or Joseph Smith. Rather, it is part of the many plain and precious truths that were lost and find restoration in the Book of Mormon (see 1 Nephi 13:26–42).

Third, recognizing its roots in the Israelite temple tradition is an important clue about the nature of Nephi’s record. It is shortly after this discourse that Nephi reports that his people began making a temple (see 2 Nephi 5:16), and not long afterwards Nephi begins writing his record (see 2 Nephi 5:30–32).

Finally, knowing the connection to ancient temples helps us see the relationship to modern temple worship and the essential elements of the plan of salvation. Like Lehi’s discourse, contemporary Latter-day Saint temple practices relate to themes of creation, fall, and atonement. Altogether, these insights offer all readers precious perspectives that enhance one’s appreciation of the beauty and power of Lehi’s sacred words to his son Jacob.

John W. Welch, “The Temple in the Book of Mormon: The Temples at the Cities of Nephi, Zarahemla, and Bountiful,” in Temples of the Ancient World: Ritual and Symbolism, ed. Donald W. Parry (Salt Lake City, Utah: Deseret Books and FARMS, 1994), 297–387.