Book of Mormon Central / KnoWhys
Why Do the Prophets Speak of Multiple Jerusalems? 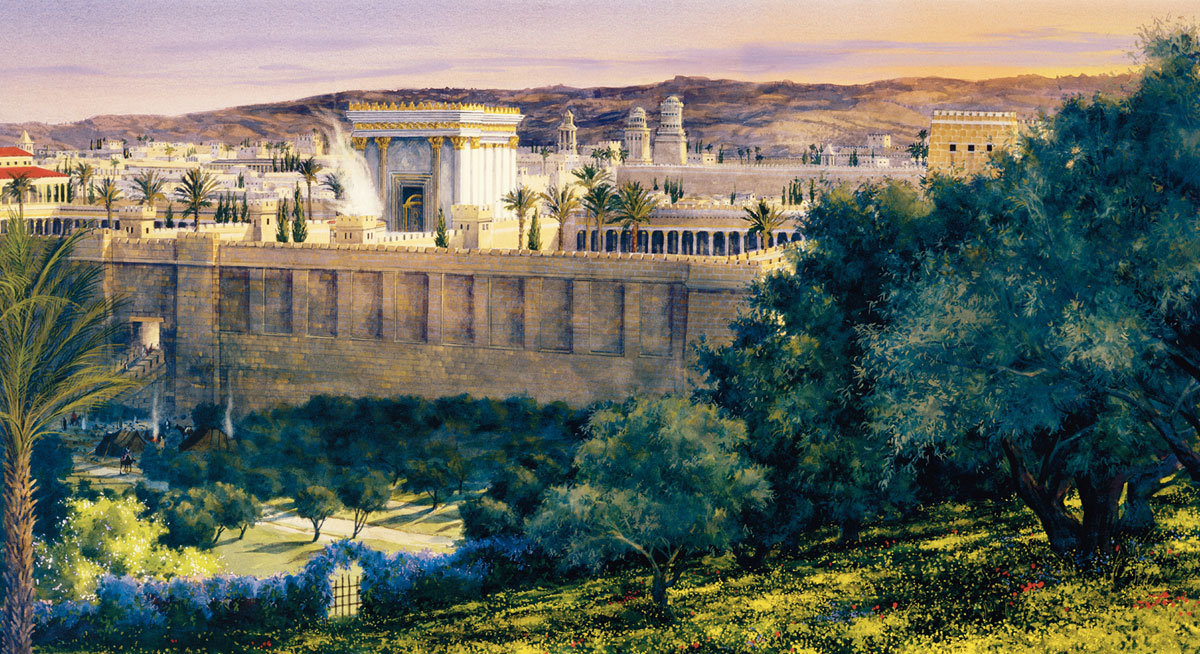 My Fathers House by Al Rounds
"And that [this land] was the place of the New Jerusalem, which should come down out of heaven, and the holy sanctuary of the Lord. … And he spake also concerning the house of Israel, and the Jerusalem from whence Lehi should come … And that a New Jerusalem should be built up upon this land, unto the remnant of the seed of Joseph."

In Ether 13, Moroni continued his abridgment of the writings of the Jaredite prophet, Ether, starting with Ether’s prophecies regarding what would happen in the future upon the lands which were given to the Jaredites as “a choice land” (Ether 13:2–4). Ether declared that this land, understood to be located on the American continent, “was the place of the New Jerusalem” (Ether 13:3). Over the next few verses, Moroni presents Ether as having spoken of three holy cities—three Jerusalems—which are apparently distinct:

Moroni used Ether’s words to emphasize how these holy cities will play an important role in the last days, as the earth is renewed before Christ’s millennial reign and also after the Millennium when the earth is once again renewed, or transformed, into a celestial realm (Ether 13:3–8).1

Other prophets and the Savior Himself have made mention of these latter-day holy cities. In fact, evidence of the expectation of Zion, the holy city of God, can be found throughout the scriptures: 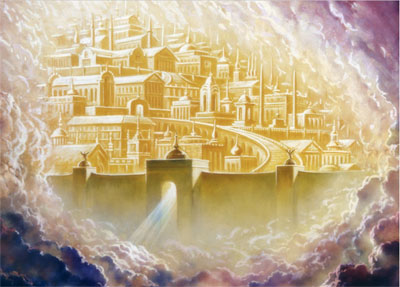 Although the description of the heavenly New Jerusalem coming down to earth found in the New Testament book of Revelation is, perhaps, the best known to modern readers, the fact that a number of the above-mentioned texts were written before Revelation indicates that a belief in a heavenly or “new” Jerusalem is not limited to that book but has been held among believers for much longer.

The fact that there are multiple references in the Scriptures to holy cities called “Zion” or “(New) Jerusalem” may be confusing for readers. There may be several reasons for this phenomenon. Here are four possibilities:

1.      The “New Jerusalem” is a type. A type is a class, a thing that symbolizes or exemplifies an ideal. Types are repeatable. Thus, we see the city of Enoch, Melchizedek’s Salem, Jerusalem, the New Jerusalem, Zion — all of these holy cities are temple cities where the Lord’s chosen people can live as one, unified in their love of God and one another.

2.      The hope of “Zion,” the city of God, has been held by many prophets and believers throughout time (as discussed previously). The author of Hebrews was aware of a traditional belief that Abraham and other early patriarchs and prophets had been seeking or waiting for “the city which has foundations, whose builder and maker is God” (Hebrews 11:10, NKJV). It is natural, then, that the idea of a New Jerusalem should be found in multiple sources.

3.      Ether 13 should be seen as not merely an echo of one tradition, such as that found in Revelation 21 but as a representative of the strain of New Jerusalem traditions that can be found throughout ancient religious texts. For example, although Ether mentions the New Jerusalem coming out of heaven, the new heaven and new earth, and the inhabitants whose garments are made white through the blood of the Lamb (see Revelation 7:14), which are mentioned in John’s revelation, there are many differences between the two texts. The bridal imagery found in Revelation is not present in Ether, nor are the descriptions of the appearance of the city. John does not include any of the references to the remnant of the seed of Joseph, that they would inherit the New Jerusalem, to be built on the American continent (Ether 13:6–8). The New Jerusalem motif in Ether should be seen as a unique representation of this tradition that, in some ways, parallels a number of others. 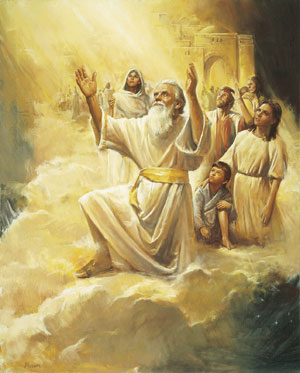 4.      The New Jerusalem is the name of a divine place, a name that reflects the characteristics of other divine names and titles. Divine qualities and titles are often expressed in plurals and superlatives. For example, one divine title for God the Father is Elohim. However, the word elohim in Hebrew is plural and actually means “gods”— those who share the characteristic of being divine. Calling the Father “Elohim” can make reference to the plurality that exists in the Godhead, or the divine council, and it can also be a reference to the superlative nature of God’s divine qualities. Similarly, the New Jerusalem can refer to a specific place —the city of God— but it is also a title that can be applied to multiple sites that share the characteristic of being a holy city.

5.      The New Jerusalem refers to the abode of God. The Christian believers mentioned in the Epistle to the Hebrews were seeking —and reached— the heavenly city of God, where the Father and the Son dwell (Hebrews 12:22–23). Enoch and his city were caught up to heaven, into the “bosom of the Father” (Moses 7:24, 31, 69). Those who are brought up into the dwelling place of God are in Zion, the New Jerusalem. Likewise, when God condescends to dwell with mankind, that place is also Zion, the New Jerusalem.5

LDS scholars Richard D. Draper and Michael D. Rhodes, in their commentary on the Book of Revelation, emphasized the role of community and the family — specifically God’s family — in the concept of the New Jerusalem. They explain:

One point needs to be emphasized. At the center of John’s new vision lies a city—a place where families dwell. Indeed … the city actually represents celestial society. … The celestial kingdom is a community or system of communities presided over by an eternal Father and inhabited by his children, organized according to family units under the divine patriarchal order. Celestial beings, the Church of the Firstborn, function within this family order. Thus, the city represents the ideal and perfect community that is the eternal family of God.6

The preservation of these holy cities, from before the Second Coming and on into the eternal, celestial existence of this earth, is a major fulfillment of the Lord’s promises to Abraham, Isaac, and Jacob — to their family. The Lord had promised that He would redeem Israel, both spiritually and physically, by bringing them back from their dispersion into the lands promised to them as an inheritance.

The story of these multiple Jerusalems is the story of Zion. Whether old or new, in the Americas, the old Holy Land, or awaiting in heaven, Zion is the epitome of how blessed the children of God can be when they live in harmony according to God’s laws. If people learn to live as “one” after the manner of Zion, then they can be assured of the protection and preservation that the Lord has promised to the people of that will eventually inherit these holy cities.