Why Must a Trial of Faith Precede a Witness of Truth? 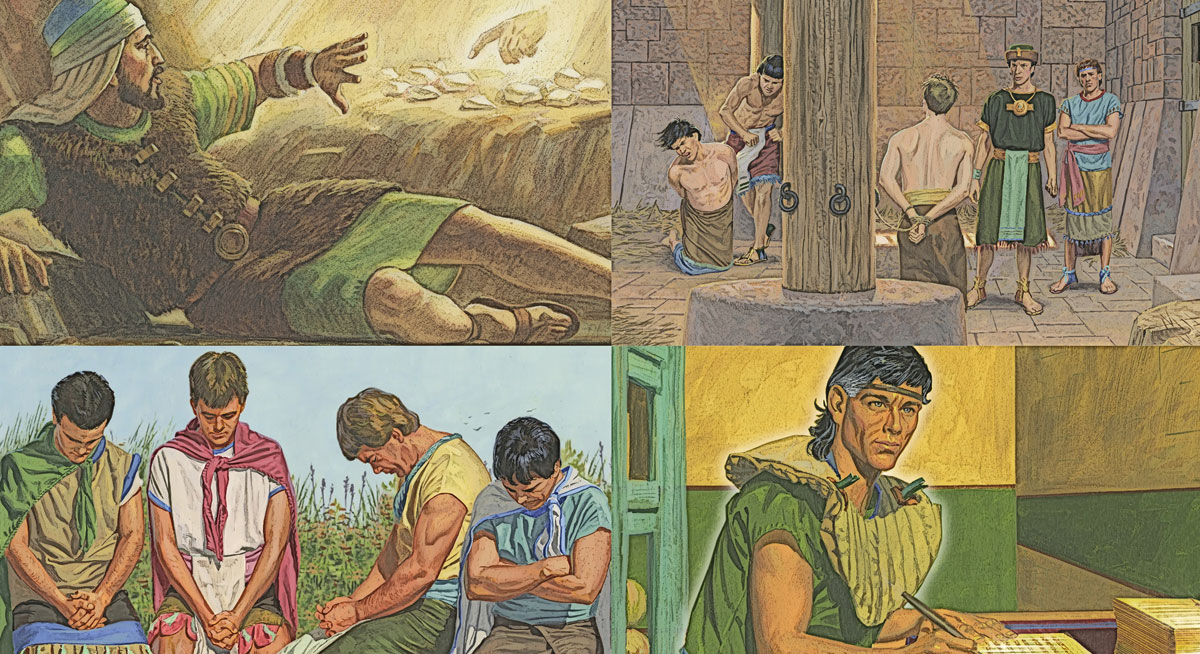 Book of Mormon Stories Collage
"Wherefore, dispute not because ye see not, for ye receive no witness until after the trial of your faith."

Although faith plays an important narrative and doctrinal role in many Book of Mormon stories, Ether 12 provides one of its most profound discourses on the topic, rivaled only by Alma 32. After noting Ether’s diligent efforts to preach and prophesy “great and marvelous things” unto the Jaredites, Moroni  reported that “they did not believe, because they saw them not” (Ether 12:5).

Using this narrative detail as a springboard for his famous discourse, Moroni explained, “I would show unto the world that faith is things which are hoped for and not seen” (Ether 12:6, emphasis added). This strongly resembles Alma’s definition: “if ye have faith ye hope for things which are not seen, which are true” (Alma 32:21, emphasis added). Moroni concluded, “wherefore, dispute not because ye see not, for ye receive no witness until after the trial of your faith” (Ether 12:6).1

In order to demonstrate the truth of this principle, Moroni drew upon a number of episodes in the Book of Mormon. He wrote, for instance, that it was by faith that “Alma and Amulek … caused the prison to tumble to the earth,” (Ether 12:13). It was by faith that “Ammon and his brethren … wrought so great a miracle among the Lamanites” (v. 15). And it was because of the great faith of the brother of Jared that the Lord “could not withhold anything from his sight” (v. 21).2 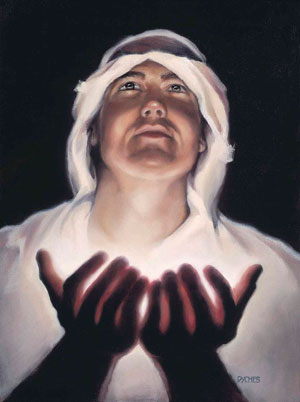 However, instead of explicitly making the connection in each case, Moroni expected readers to recall how the characters in each story only received a witness of God’s power after their trials. For example, Alma and Amulek were literally on trial (see Alma 14:5, 18–20), made to witness the suffering of the righteous (vv. 9–14), and were thrown into prison, beaten, and deprived of food, water, and clothing (vv. 18–26). Only after suffering these depravities did the Lord deliver them by causing the prison walls to fall on their enemies.3

When it was known among the people of Zarahemla that the sons of Mosiah were going to preach unto the Lamanites, Ammon said that “they laughed us to scorn” (Alma 26:23). During the fourteen years of their ministry, Ammon recalled that their “hearts were depressed” (v. 27), they “suffered every privation” (v. 28), they were “cast out, and mocked, and spit upon, and smote upon our cheeks … stoned, and taken and bound with strong cords, and cast into prison” (v. 29). Only after suffering these trials were they able to receive the “fruits of [their missionary] labors” (v. 31).4

When the brother of Jared was concerned about journeying across the ocean in darkness, the Lord asked, “What will ye that I should do that ye may have light in your vessels?” (Ether 2:23). Rather than simply supplying the brother of Jared with a solution to his problem, the Lord required preliminary action, creativity, and then faith in the Lord’s power. Only after the brother of Jared “did molten out of a rock sixteen small stones” (Ether 3:1) and had faith to ask the Lord to cause them to shine, did he see “the finger of the Lord” (v. 6), and then was shown “all things” (Ether 3:26).5 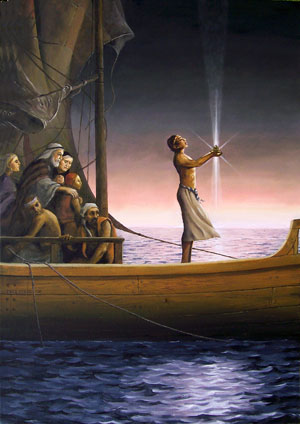 Moroni’s discourse on faith demonstrates why the stories in the Book of Mormon are so important. It is a natural impulse to want to see or hear or feel something before accepting that it is true. The Lord reverses this inclination, requiring faith and obedience before giving empirical or miraculous confirmations of the truth. As several Book of Mormon scholars have put it, “Believing without seeing will result in greater seeing.”6 This kind of “faith—faith that is not dependent upon mortal sight—opens the spiritual eyes to greater views of the things of God.”7

D. Kelly Ogden and Andrew C. Skinner explained, “We know our mortal vision is extremely limited; there is a wide spectrum of waves and rays all around us that our eyes, incredible instruments as they are, do not see. In spiritual matters we see not with our eyes but with our spirits. Our spirit, enhanced and quickened or accelerated by the Spirit of God, can see and understand far beyond any mortal capacity.”8

It must also be recognized that the goal of faith is not simply to obtain a singular spiritual witness after the completion of a singular trial. Rather it is a process. Alma taught that faith in the word of God begins as a small seed, and that those who plant the seed in their hearts can receive an initial witness of its truth as its goodness begins to grow within them (see Alma 32:30).9 If nourished by “faith with great diligence, and with patience” (Alma 32:41), this seed will eventually “take root in you” (v. 42) and become a fully-developed “tree springing up unto everlasting life” (v. 41).10

Each step of the faith journey is filled with trials and uncertainty, yet for those who diligently and patiently exercise faith unto obedience, the Lord will provide frequent spiritual witnesses and assurances of the truth. Elder David A. Bednar taught that “the faith that fuels this ongoing process develops, evolves, and changes. As we again turn and face forward toward an uncertain future, assurance leads to action and produces evidence, which further increases assurance.” He further explained that this “helix is like a coil, and as it spirals upward it expands and widens.”11 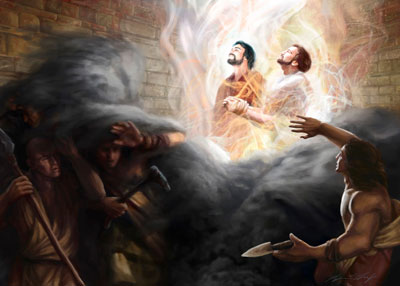 Thus the purpose of trials and testing is far more than to provide a prerequisite to receiving answers to questions. It is to develop spiritual character—to “become what our Heavenly Father desires us to become.”12 Catherine Thomas proposed, “Faith progresses from one’s having confidence in God to God’s having confidence in that person and permitting him or her to witness and even to administer divine power, as did Moses, Alma, Amulek, Nephi and Lehi, Ammon, the three Nephite disciples, and those … like the brother of Jared … whose inner spiritual capacity was so well-developed from obedience.”13

In a world struggling with doubt and disbelief in spiritual things, the Book of Mormon stands a shining beacon of hope. Its teachings—delivered by inspired prophets—help readers understand the process of acquiring faith and to discern the evidence of its effects in their own lives. Its faith-filled stories help increase confidence that exercising faith during periods of trial and testing will eventually result in profound blessings, spiritual witnesses, and essential personal growth.