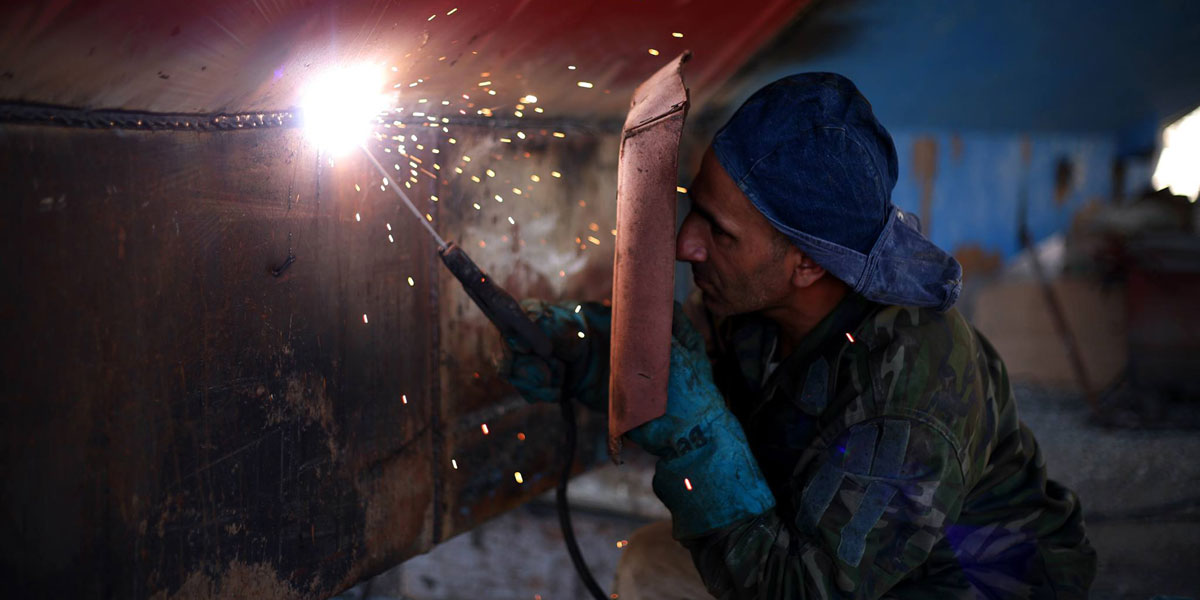 Photo by Uğur Gürcüoğlu
“And it came to pass that I, Nephi, did cause my people to be industrious, and to labor with their hands.”

After reaching the Salt Lake Valley, Brigham Young taught, “While we have a rich soil in this valley, and seed to put in the ground, we need not ask God to feed us, nor follow us round with a loaf of bread begging of us to eat it. He will not do it, neither would I, were I the Lord. We can feed ourselves here; and if we are ever placed in circumstances where we cannot, it will then be time enough for the Lord to work a miracle to sustain us.”1

This statement characterizes the attitude of self-reliance and industry the early Latter-day Saints held. What led these pioneers to adopt such inspired values? The Book of Mormon surely played an important role. Of all possible names they could have given their new territory,2 the Saints chose deseret—a reference to the “honey bee” found in Ether 2:3.3 In 1881, the Deseret News explained, “The hive and honey bees form our communal coat of arms. The symbol is adopted extensively in our local institutions. It is a significant representation of the industry, harmony, order and frugality of the people, and of the sweet results of their toil, union and intelligent cooperation.”4

A number of Book of Mormon passages emphasize these principles. After reaching the promised land, Nephi reported, “I, Nephi, did cause my people to be industrious, and to labor with their hands” (2 Nephi 5:17). Years later, King Benjamin, despite being the most prominent and potentially wealthy Nephite in his day, took Nephi’s counsel to heart. During his famous speech, Benjamin declared, “And even I, myself, have labored with mine own hands that I might serve you, and that ye should not be laden with taxes” (Mosiah 2:14).

Not only did righteous kings work right alongside everyone else, but so did religious leaders. King Mosiah taught that “every man should esteem his neighbor as himself, laboring with their own hands for their support. Yea, and all their priests and teachers should labor with their own hands for their support, in all cases save it were in sickness, or in much want” (Mosiah 27:4–5). Mormon reported that, after abiding by these principles, the “Lord did visit them and prosper them, and they became a large and wealthy people” (v. 7).

In contrast, the Lamanites were sometimes characterized as an “idle people, full of mischief and subtlety” (2 Nephi 5:24). In Mosiah 9:12, Zeniff reported that the Lamanites who placed his people under bondage were “lazy and idolatrous” and that they sought to “glut themselves with the labors of our hands; yea, that they might feast themselves upon the flocks of our fields.”

Importantly, Mormon made special mention when these social tendencies were reversed. For instance, Noah—a Nephite king—built extravagant thrones for his priests to “rest their bodies and their arms upon while they should speak lying and vain words to his people” (Mosiah 11:11). These Nephites were “supported in their laziness” through heavy taxation (v. 6). And when a group of Lamanites “did repent and come to the knowledge of the truth” (Alma 23:15), we are informed that they “began to be a very industrious people” (v. 18).

These exceptions show that rather than unfairly labeling societies as lazy or industrious based solely on their cultural or tribal affiliation, Mormon was seeking to contrast patterns of behavior.5 Whether speaking of Nephites or Lamanites, honest labor and industry always brought the Lord’s favor and blessings, while idleness and inequality brought social decay.

Because of modern science, technological advancements, and increasingly specialized industries, “laboring with [our] own hands” is often quite different today than it was for most citizens in ancient societies (Mosiah 27:4). Rather than planting and harvesting crops under a hot sun, many of us are involved in less-than-manual labor in air conditioned and artificially lighted work environments. Yet whether we are exercising our minds or our muscles, we will reap the blessed rewards of diligent work and heartfelt service.

As far as what counts as honest labor, Elder Gordon B. Hinckley explained, “It matters not whether you choose to be merchant, teacher, carpenter, plumber, mechanic, doctor, or to follow any other honorable vocation. The important thing is that you qualify to be useful workers in society.”6 Elder D. Todd Christofferson similarly taught that a “consecrated life is filled with work, sometimes repetitive, sometimes menial, sometimes unappreciated but always work that improves, orders, sustains, lifts, ministers, aspires.”7

Much like King Benjamin and King Noah, many of today’s social elite have the funds to never work another day in their lives. The contrast between these kings, however, couldn’t be clearer.8 Benjamin’s consistent service provided an enduring example of goodness and righteousness for his people (Helaman 5:9). On the other hand, King Noah’s infamous selfishness caused his people to eventually turn against him and slay him (Mosiah 19:2–20). Whether we are currently wealthy or poor or somewhere in between, we will find that meaningful work is an essential key to lasting happiness and true success.

Sometimes, in the twilight years of life, individuals may feel a desire to pass on the torch of labor to the next generation. While such a decision may be practical and necessary in matters of temporal employment, President Dieter F. Uchtdorf has taught that when it comes to service in the Lord’s kingdom, there is no “sabbatical or retirement program.”9 Until the end of our lives, each of us are under obligation to share and promote the message of the gospel—to work for the Lord. For example, during his speech, King Benjamin said, “I am about to go down to my grave” and “my whole frame doth tremble exceedingly while attempting to speak unto you” (Mosiah 2:28, 30).

To those senior couples who have been invited by their priesthood leaders to serve as full time missionaries, Elder Jeffrey R. Holland counseled, “Brethren, when that happens, tell your wives that if you can leave your recliner and the remote control for a few short months, they can leave the grandchildren. Those little darlings will be just fine, and I promise you will do things for them in the service of the Lord that, worlds without end, you could never do if you stayed home to hover over them.”10

The Book of Mormon helps demonstrate that no class or age of people are exempted from the Lord’s basic law of labor given to Adam and Eve: “In the sweat of thy face shalt thou eat bread, till thou return unto the ground” (Genesis 3:19). It also shows the sharp contrast between laborers and idlers. Those societies and individuals who diligently work and serve one another are blessed and prospered by the Lord.

Together, they create a promised land, a land of milk and honey, just as the early Latter-day Saints sought to create their beautiful territory of Deseret.11 Those who lazily depend on others without providing any labor themselves consistently suffer tragic consequences, both temporally and spiritually.12