Why was Coriantumr's Record Engraved on a "Large Stone"? 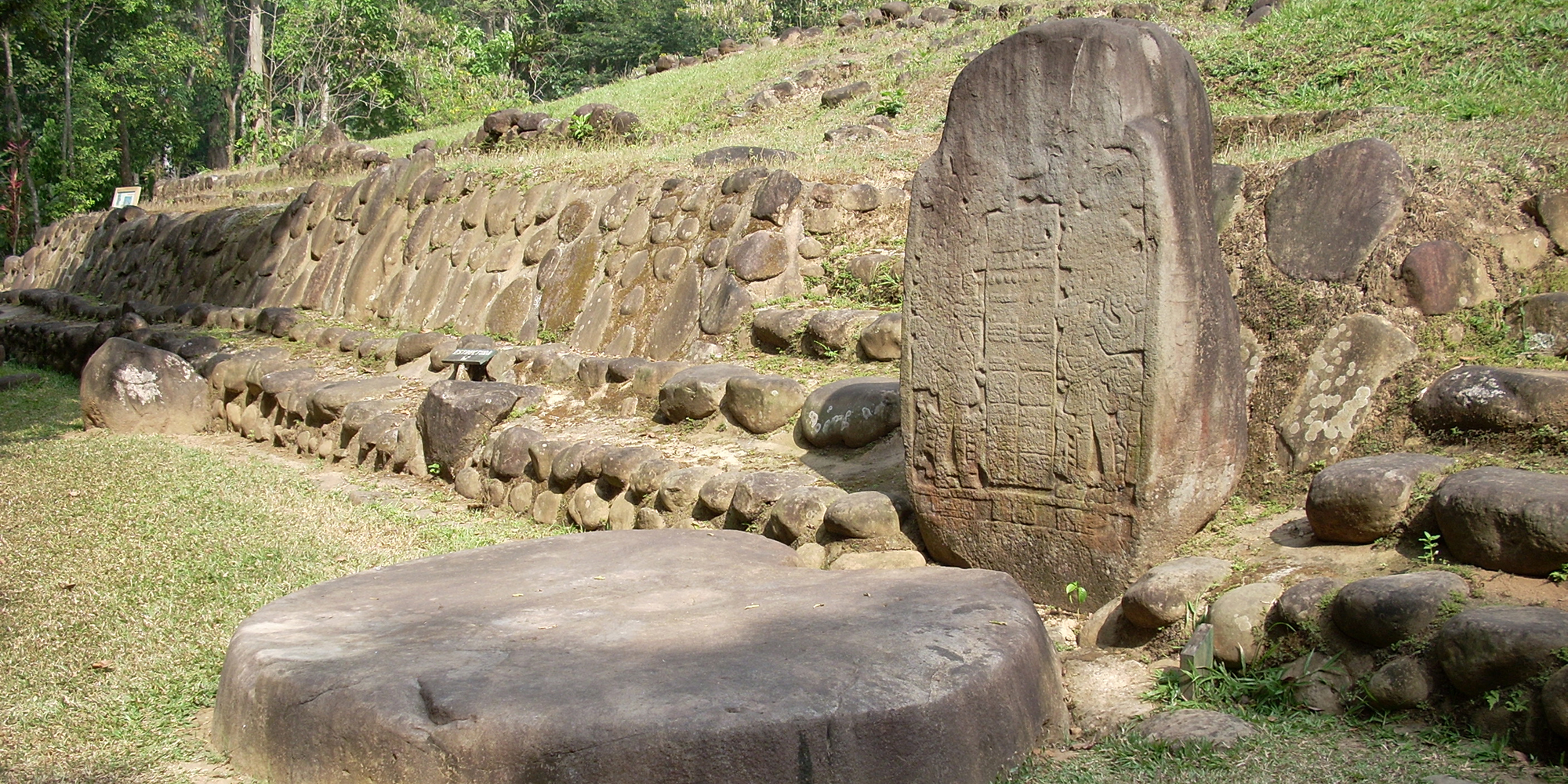 Stela 5 at Takalik Abaj, El Asintal, Retalhuleu, Guatemala, showing an early example of a Long Count date. Altar 8 lies before it. Image via wikimedia Commons
“And it came to pass in the days of Mosiah, there was a large stone brought unto him with engravings on it; and he did interpret the engravings by the gift and power of God.”

When the people of Zarahemla met the elder Mosiah, they showed him a “large stone … with engravings on it” which Mosiah was able to interpret “by the gift and power of God.” The stone “gave an account of one Coriantumr, and the slain of his people,” and also “spake a few words concerning his fathers” and related the origin of the Jaredites “from the tower” (Omni 1:20–22).

Early Latter-day Saints living in Nauvoo were interested to learn that explorers John Lloyd Stephens and Fredrick Catherwood had discovered a large, engraved stone among the ruins of Quiriguá in Guatemala. In October 1842, with Joseph Smith at the helm as editor, the Times and Seasons reported, “that a large stone with engravings upon it” had been found by Stephens, “among the left remembrances of the, (to him), lost and unknown.”1  This was seen as favorable evidence for the Book of Mormon by these first generation Mormons.

Today, the large carved stones, called stelae (singular, stela), of the Maya and other Mesoamerican cultures are well known. Brant A. Gardner explained, “Mesoamerica is unique in the Western Hemisphere for its writing systems. … Part of that tradition includes inscriptions on stelae, or large stones.”2 These were called lakam-tuun by the Maya, which literally meant “large stone,” just as it is in Omni 1:20.3 LDS Mesoamericanists Mark Wright and Kerry Hull have both pointed out the potential significance of this connection.4 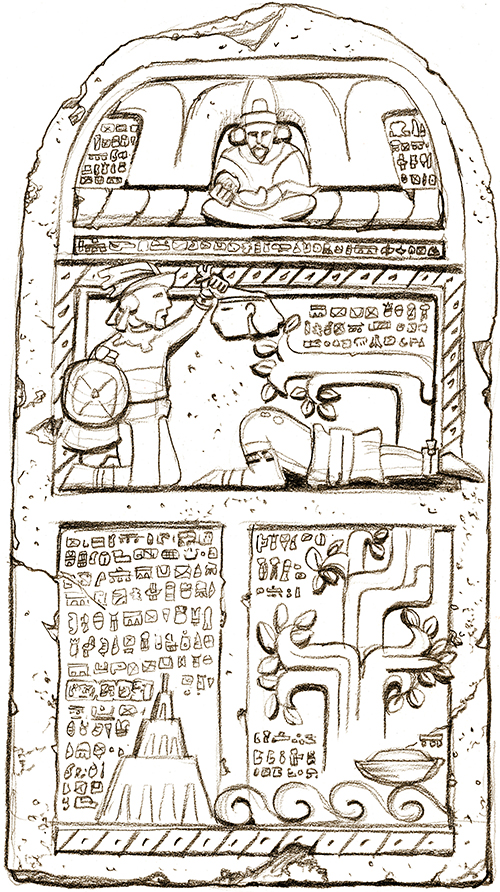 Comparing and contrasting the content on stelae with other writing media in the Mesoamerican area, John L. Sorenson explained:

The other large class of documents of which we know consisted of inscribed stones. Those too typically were written in double columns. Again some human figure or a more complex historical or mythological scene would be presented. Sometimes it was the texts that were primary, and the art secondary, and at other times, the reverse.5

Most stelae were meant to memorialize the king and his accomplishments.6 Mesoamerican art historians Maline D. Werness-Rude and Kaylee R. Spencer said, “Stelae most often depict the visages of a king,” and that “stelae must be seen … as historical records of past activities.” They added,

Inscriptions carved on the sides and often the backs of the sculptures specifically anchor the ruler’s actions within time and space. They also often name particular gods and ancestors …. Both text and iconography create parallels between the sitter’s actions and those of past kings and queens—ancestors whose activities other stelae … recount.7

The origin of this practice began with the Olmec, a culture in mesoamerica contemporary with the Jaredites.8 By 400 BC stelae typically focused on a king or ruler, depicting him as a warrior, providing a record of his actions, and listing off the ruler’s ancestors.9 These details are broadly consistent with the brief description given in Omni 1:20–22.10 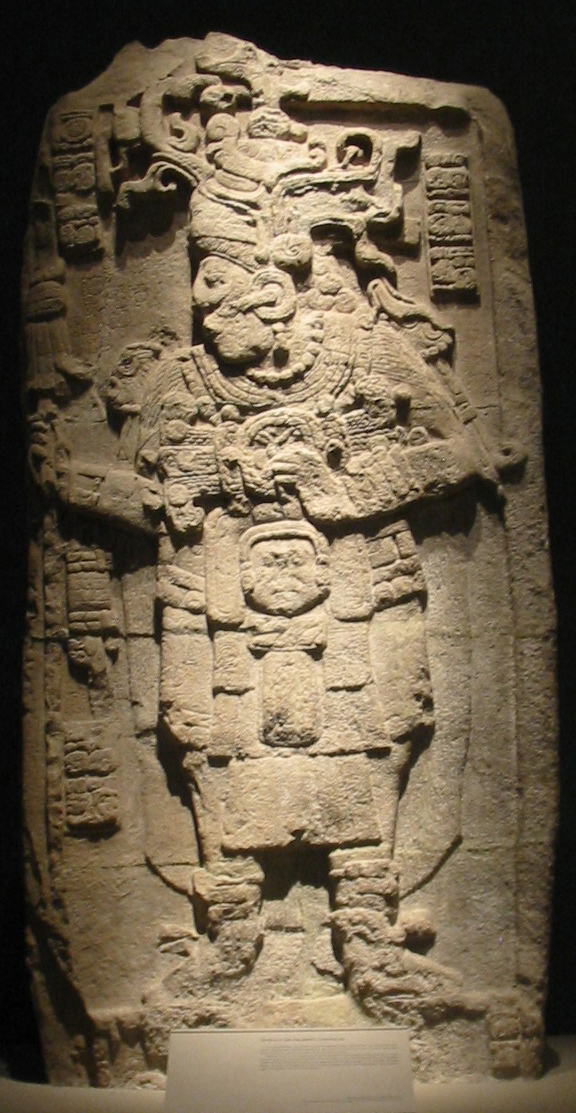 The monumental inscriptions of Mesoamerica were not widely known in the United States until after Stephens and Catherwood published their findings in 1841.11 The excitement in and around Nauvoo over their findings in 1842 indicates that Joseph Smith and early Latter-day Saints were most likely unaware of things like stone inscriptions found in the Americas previously.

Even as awareness of Mesoamerican stelae grew, the inscriptions remained undecipherable, and as such the understanding of their contents was limited. Before the 1960s, most scholars believed that Mesoamerican monuments had no historical content whatsoever, but exclusively depicted and described gods and myths.12 Yet the Book of Mormon described a “large stone” engraved with the history of a king, his battles, his ancestors, and the origins of his ruling lineage.

Today, it is easy to take for granted the evidence for large stone monuments from Mesoamerica and assume it is of little or no significance for the Book of Mormon. Such an attitude, however, fails to appreciate how unknown the practice was in Joseph Smith’s own time and the fact that it took 130–160 years for linguists and epigraphers to catch up with Amaleki’s description in Omni 1:20–22.13

The more scholars learn about Mesoamerican stelae, the more comfortably Coriantumr’s stela fits the description. This is one instance where archaeology now strongly supports the Book of Mormon, whereas it did not seem to before. Realizing this underscores the importance of patience when it comes to comparing a text like the Book of Mormon to the archaeological record.14

John L. Sorenson, “The Book of Mormon as a Mesoamerican Codex,” in Book of Mormon Authorship Revisited: The Evidence for Ancient Origins, ed. Noel B. Reynolds (Provo, UT: FARMS, 1996), 412–418.