Why Were Genealogies Important to Book of Mormon Peoples? 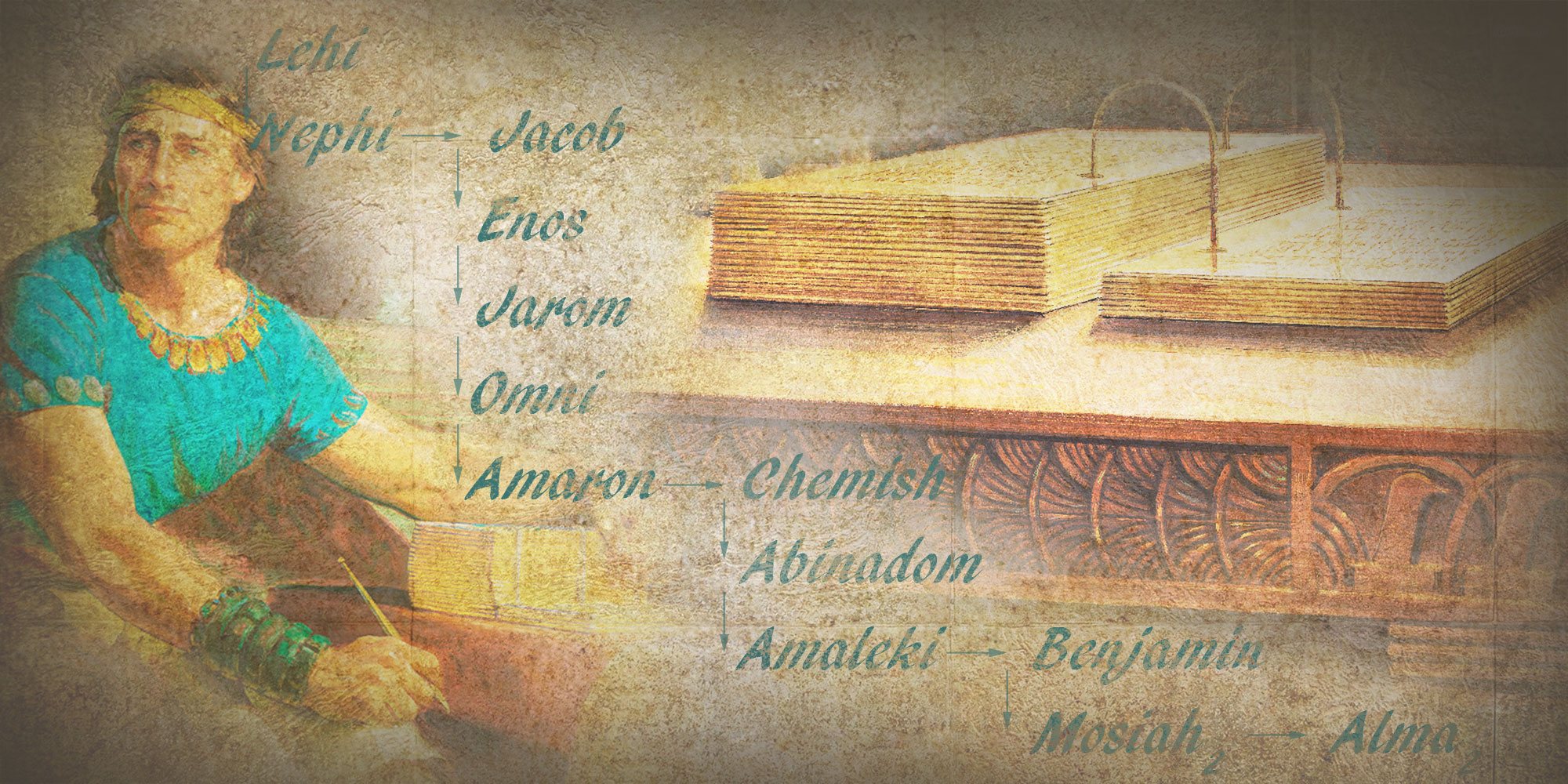 Plates and Lineage via Book of Mormon Central, featuring Mormon Abridging the Plates by Tom Lovell and The Gold Plates by Jerry Thompson
“Now behold, I, Jarom, write a few words according to the commandment of my father, Enos, that our genealogy may be kept.”

Both Jarom and Omni explicitly state that genealogy is one of their main reasons for writing on the small plates (Jarom 1:1; Omni 1:1). Genealogy was certainly important to Book of Mormon writers, especially the small plates authors. It was one of the reasons given for recovering the plates of brass, but Nephi gives few genealogical details when he reports the contents of those records (1 Nephi 3:3; 5:14: 6:1).

Jarom and Omni are also sparse on genealogy. Mothers and extended family members are never mentioned, only the immediate father-to-son lineage.  “Neither Jarom nor Omni … record a genealogy,” observed Brant A. Gardner. “The only genealogical information,” Gardner continued, “is Jarom’s identification of his father’s name. Why is the one thing that the authors understood as the primary reason for keeping the record in the first place missing?”1

Apparently Nephi did not think the small plates were an appropriate place for long lists of forefathers (1 Nephi 6:1). This would seem to be at odds, however, with Jarom and Omni’s declarations that they wrote “to preserve our genealogy” (Omni 1:1). How were they preserving genealogy without recording an extended genealogy?

As Gardner has pointed out, “They do include genealogy insofar as they indicate their connection to the lineage that is caring for the small plates.”2 Each record keeper, both on the small plates and in Mormon’s abridgement, did give enough information for their lineages to be reconstructed; however, they are sometimes hard to keep straight. John W. Welch reasoned, “Keeping genealogy may have been a byproduct of this record-keeping tradition.”3 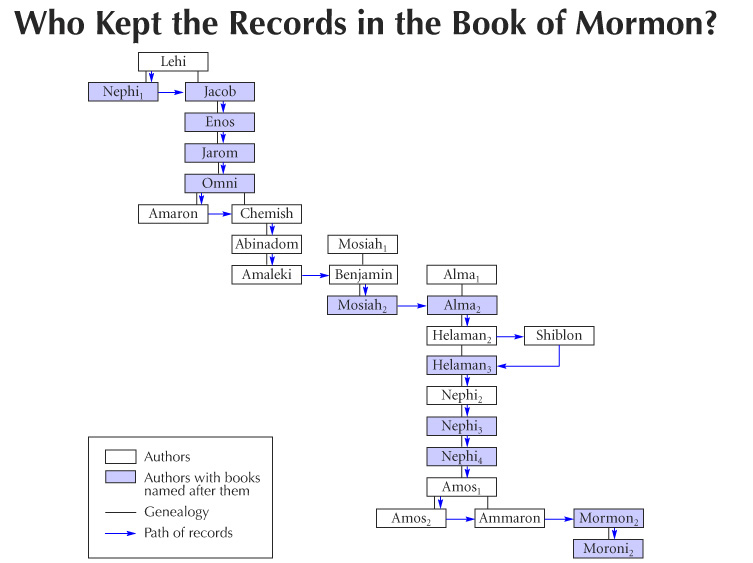 Tracing the lineage, as opposed to giving a expansive family history, was of supreme importance to ancient authors in both the Old and New Worlds. In 1976, John L. Sorenson noted, “In general terms we could expect a Mesoamerican codex to be … an annal of major events affecting a ruling lineage,” and the “Book of Mormon is an account of a lineage of priest-rulers” and “its scope is the much more limited one of recounting events mostly significant for a particular lineage.”4

In Mesoamerica, lineage histories were kept by priest-scholars, served as symbols of power for the ruling elite, contained the group’s origin story (which provided legitimacy to the elite lineages), and would be used to foretell the future.9 The Book of Mormon served these same functions in Nephite society.10 Sorenson believed, “The Book of Mormon makes clear that it is such a lineage history.”11

Lineage continues to be important throughout the Book of Mormon, as evidenced by Mormon's own declaration of Lehite descent (3 Nephi 5:20). Understanding the Book of Mormon as a lineage history has important implications. As Sorenson noted, “The ‘history’ kept by a lineage is not, of course, a comprehensive account of everything taking place in the area.” Its concern is more limited to the things deemed important to that lineage group and impacting them most. Sorenson summarized:

All this information boils down to the fact that the Book of Mormon is a partial record of events, emphasizing what happened to one group of people, put in their own ethnocentric terms, in the midst of other peoples each with its own version of events.12

The Book of Mormon itself seems to reflect the reality of competing lineages with alternative histories.13 “The difference,” Sorenson explained, “is important if we are to relate the [Book of Mormon] to archaeological finds.”14

Instead of expecting clear and obvious archaeological correlations, the relationship to a lineage history is subtler. Sorenson pointed out examples from Mesoamerican lineage histories, which “may have been accurate from the point of view of the intruding elite,” but “the tradition they passed down did not reflect the broader flow of events in the geographical area and certainly failed to have a noticeable impact on the archaeological record."15

While Book of Mormon writers took pride in the noble mortal lineage, they taught that the most important lineage was the divine lineage of Christ. The people become "the children of Christ" and are thereby "made free" (Mosiah 5:7-8); Christ's seed are those who listen to and follow the prophets, thus becoming "heirs of the kingdom of God" (Mosiah 15:11). This divine genealogy was not limited to the royal or priestly families, but was extended to all who would come unto Christ. This remains true today, as those who covenant to follow the Savior, according to Elder Dallin H. Oaks, "In spiritual and figurative terms...become the sons and daughters of Christ, heirs to his kingdom."16