Why is “Words of Mormon” at the End of the Small Plates? 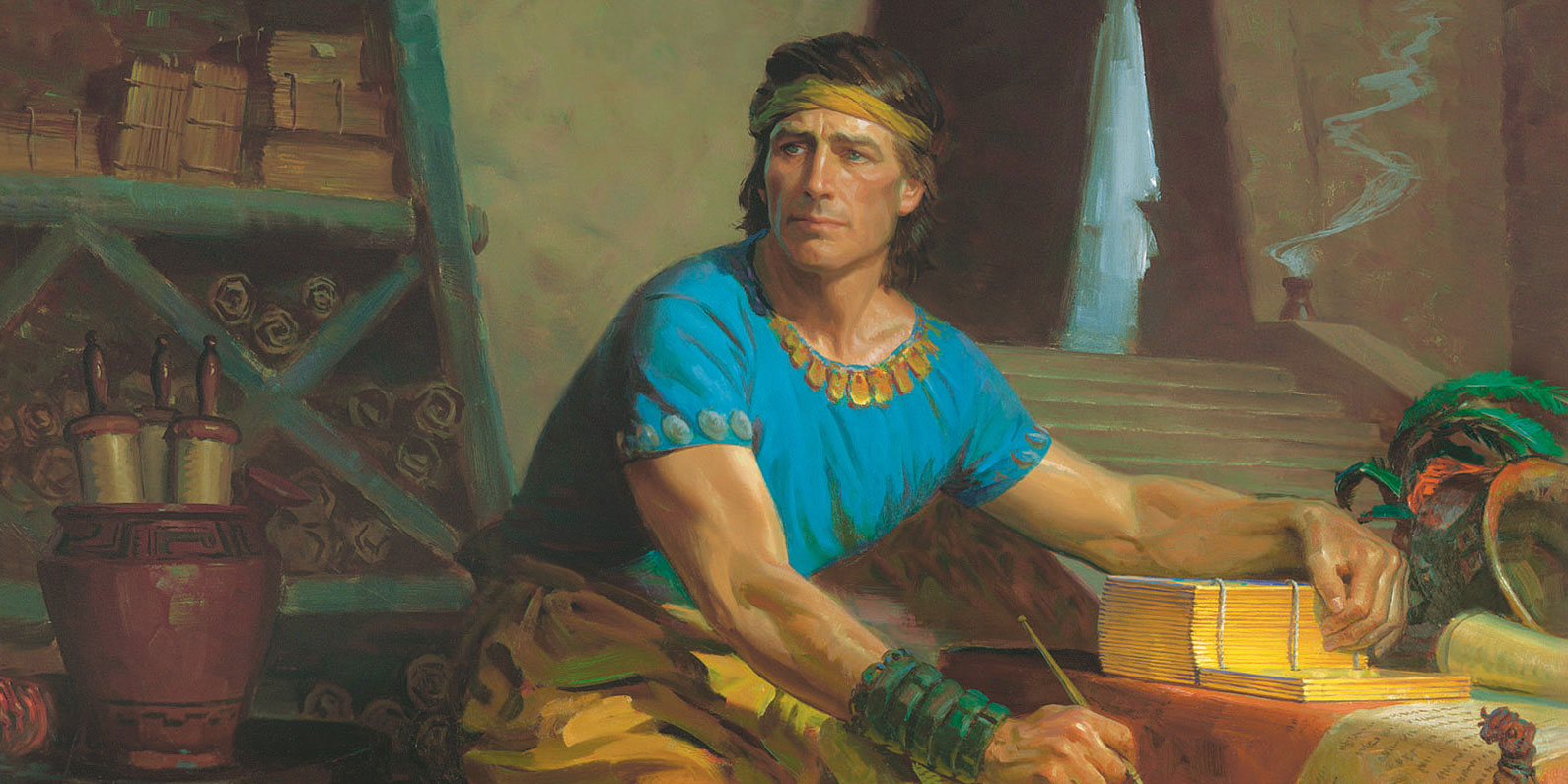 Mormon Abridging the Plates by Tom Lovell
“I found these plates, which contained this small account of the prophets, from Jacob down to the reign of this king Benjamin, and also many of the words of Nephi.”

When Mormon decided to include the small plates with the rest of his abridgment, he gave an editorial explanation for why this material was included (Words of Mormon 1:1–11).1 Mormon began by explaining that he is about to pass the record on to his son, Moroni, and that he has witnessed the near annihilation of his people (Words of Mormon 1:1–2). He then explained: 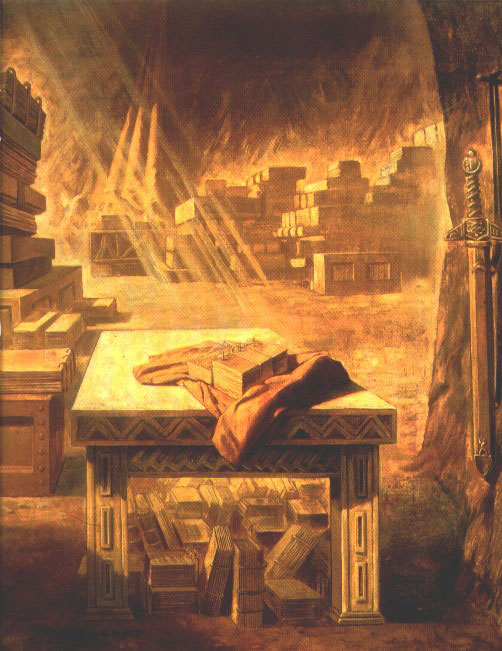 Altogether, Words of Mormon 1:3–11 explains: (a) how and when Mormon found the small plates; (b) how they became part of the larger archive at his disposal; (c) his summary of their contents; (d) and his reasons for appending them to his larger record. In short, everything a reader would expect to learn in an introduction. Yet Mormon placed his explanatory material at the end, not the beginning.

Similarly, the Title Page of the Book of Mormon was, according Joseph Smith, “a literal translation taken from the last leaf of the plates.”2 This is consistent with a common ancient practice known as subscriptio, where introductory information, such as “the indication of the name of the writer/author and the title of the book” is placed “right at the end, after the last line of the text.”3 Walter Burkert, an expert in the Classics, believed that the attestation of this practice in Greek literature was “a detailed and exclusive correspondence which proves that Greek literary practice is ultimately dependent upon Mesopotamia.”4 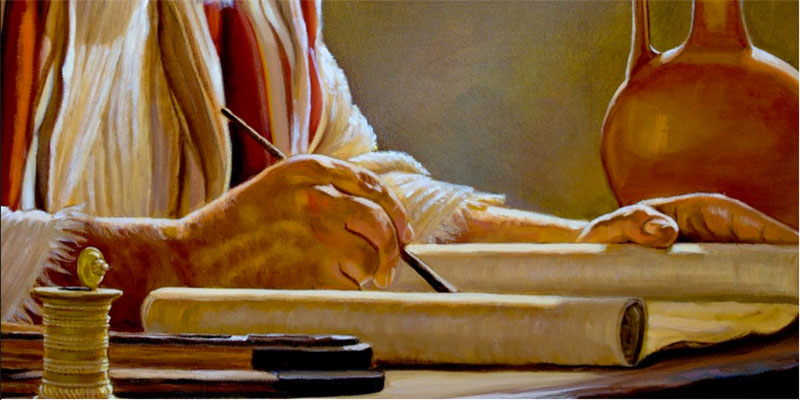 Drawing on the work Burkert, William J. Hamblin noted that if the practice of subscriptio is “proof,” as Burkert said, of the dependence of Greek literature on Mesopotamian influence, “cannot the same thing be said of the Book of Mormon—that the practice of subscriptio represents ‘a detailed and exclusive correspondence’ which offers proof that the Book of Mormon is ‘ultimately dependent’ on the ancient Near East?”5

While proof maybe a strong word, it is certainly true that, as Hamblin pointed out, “This idea would have been counterintuitive in the early nineteenth century when title pages appeared at the beginning, not the end, of books.”6 This is evident in the fact that although he found it on the “last leaf,” the title page was published in the front, not the back, of the Book of Mormon.

This ancient practice is not only evident in the placement of the title page, however, but also the location of Words of Mormon. The practice of subscriptio explains why Mormon placed his explanation of the small plates at the end, not the beginning, of the record.