Why is the Lord's Hand "Stretched Out Still"? 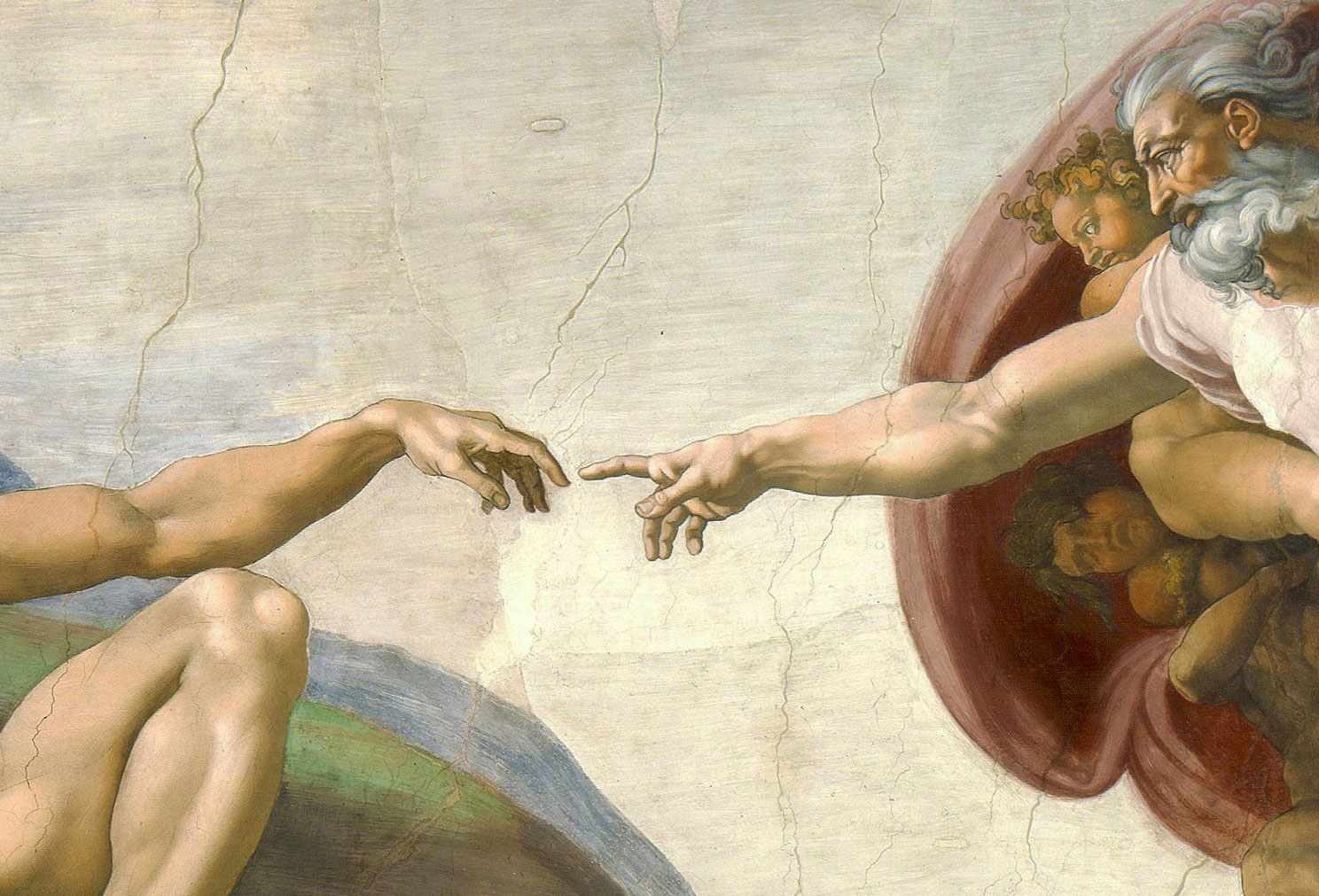 Detail of the Sistine Chapel Ceiling by Michelangelo
“For all this his anger is not turned away, but his hand is stretched out still.”

Nephi explained that one important key to understanding Isaiah is knowing “the manner of prophesying among the Jews” (2 Nephi 25:1). He mentions that his people struggled with Isaiah precisely because they did not know this manner of prophecy.1This is a problem that persists for many people today.

One common idiom found in Nephi’s quotation of Isaiah is a great example of something that is better understood when the ancient Israelite cultural background is brought into the picture. It is the phrase, “For all this his anger is not turned away, but his hand is stretched out still” (see 2 Nephi 15:25; 19:12, 17, 21; 20:4). 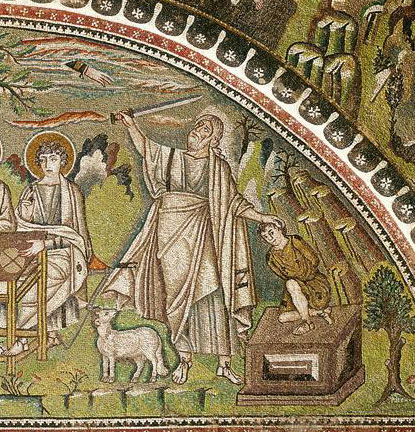 Latter-day Saints typically understand the Lord’s outstretched hand as a sign of the Lord’s mercy toward Israel: Despite his anger, the Lord continues to extend his mercy.2 Within the ancient Israelite and broader ancient Near Eastern context, the meaning of this phrase was quite the opposite.

John Gee, a Latter-day Saint and professional Egyptologist, explained, “The English sentence is constructed to say that in spite of the punishments afflicted (‘for all this’), the punishments do not satisfy the Lord’s anger (‘his anger is not turned away’).” Gee continued, “In other words, to the contrary (‘but’), the hand of the Lord is still ‘stretched out.’” Gee thus concluded, “So a stretched out hand, by any careful reading of the English, is a hand administering punishment,”3 or, at least, threatening or beginning to do so.

This is not just a product of the English translation, either. “The Hebrew is also clear on the subject. The idiom is yadô neṭūyâ, which means that the hand is hanging over, threatening or bent. It is thus a threatening gesture.”4 The two lines form a synonymous parallelism, both stressing the anger of the Lord.5 Biblical scholar J.J.M. Roberts, explained, 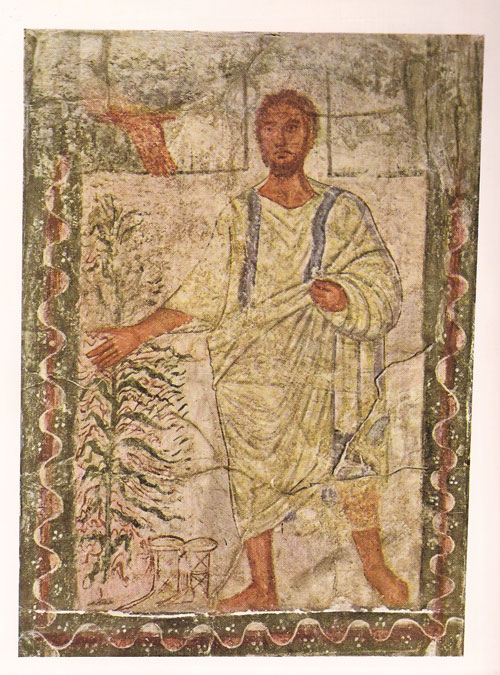 Despite the judgments, Israel had remained adamant in its sinful rebellion, and God’s anger remained unabated. This point is made by the refrain, “For all this his anger is not turned away and his hand is stretched out still,” which is repeated three times … each time following an account of judgment.6

Similar imagery is also found in Canaanite, Akkadian, and Egyptian sources, all in the context of the punishing hand, fighting against the forces of evil and opposition.7 “This is the background of God as a punishing warrior that Isaiah utilizes in his prophecies, which are then quoted in the Book of Mormon.”8

This connotation of punishment is most clear in Isaiah 5:25 (2 Nephi 15:25), where the idiom stretched forth/out his hand is used twice (emphasis added):

Therefore, is the anger of the Lord kindled against his people, and he hath stretched forth his hand against them, and hath smitten them; and the hills did tremble, and their carcasses were torn in the midst of the streets. For all this his anger is not turned away, but his hand is stretched out still. 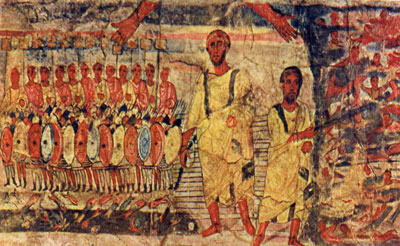 One important lesson to be drawn from this is to realize how easy it can be to misunderstand a particular phrase of scripture.9 As with Nephi’s people, modern readers often struggle to correctly read the ancient scriptures, not knowing enough “concerning the manner of prophesying among the Jews” (2 Nephi 25:1).

While today it is easy to understand why people might commonly see the outstretched hand of God as a gesture of blessing, in the ancient world the hand of God was sometimes used in a negative sense, as it is in this case. This dramatically changes the way God is portrayed in these Isaiah passages. Rather than portraying God as angry yet still merciful, these verses focus on God in righteous indignation and divine wrath. 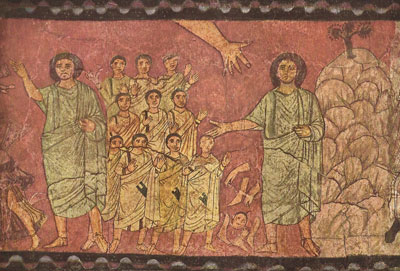 Understanding this emphasizes the prophet’s recognition of the serious consequences of Israel’s sins and their continuing unrepentance. God’s hand is still outstretched toward Israel as a stern warning. While this is ominous, it is still to be understood that he has not given up on his people (see Jacob 5:47). For their sins, the people will still be punished, but this will be for their eternal benefit, to bring them to repentance.

Although this expression in Isaiah 9:12 and other Isaiah passages does not convey God’s mercy as simple and immediate, plenty of other passages of scripture, especially in the Book of Mormon, stress the ultimate mercy and pervading compassion of the Lord. Other prophets use similar imagery to depict the merciful embrace of the Lord, but in those cases a different idiom is used, namely that of extending the arms of his love (see, for example, 2 Nephi 1:15; Mosiah 16:12; Mormon 5:11).10 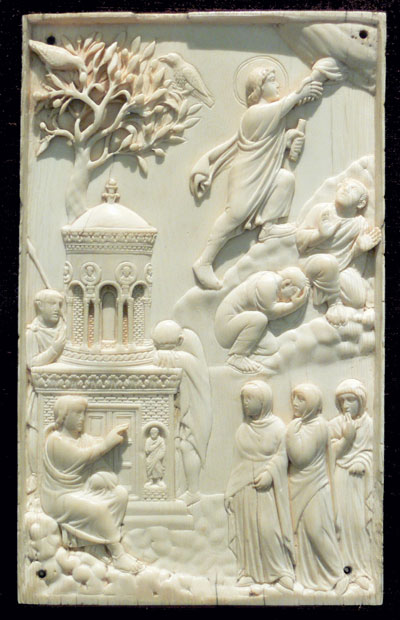 Few spiritual lessons are more important and more wonderful to learn in life than coming to know and feel, as did the Prodigal Son, the encircling arms of the Father, falling on the neck of the repentant son (Luke 15:20). God’s welcome is always waiting, but in the meantime, his arm shakes to warn all transgressors of the dire, impending consequences of choosing to persist in disobedience.

Reading Isaiah 9:12 similar passages in Isaiah 2–14 with the proper understanding of the cultural background and style of ancient Israel opens up additional meanings in the great words of Isaiah. Understanding Isaiah is difficult enough as it is. Hence, it all the more important that Nephi’s guidance is followed, especially when it allows us to adjust and dig more deeply to cultivate the roots of cherished passages of scripture.