Why Did Moroni Quote Isaiah 11 to Joseph Smith?

Depiction of the stem of Jesse as the tree of life in the Monreale Cathedral in Sicily
“And in that day there shall be a root of Jesse, which shall stand for an ensign of the people; to it shall the Gentiles seek; and his rest shall be glorious.”

Four years before the first word of the Book of Mormon was translated, Isaiah’s words were connected to that sacred record. When Moroni visited the boy Joseph Smith on September 23, 1823, sources indicated that he quoted as many as 31 biblical passages. Of these, ten were from Isaiah.1 The longest quotation was from Isaiah 11, which Moroni said “was about to be fulfilled” (Joseph Smith—History 1:40). Moroni, it would seem, was making a connection between the prophecy in Isaiah 11 and the coming forth of the Book of Mormon.

Isaiah 11 talks about “a root of Jesse, which shall stand for an ensign of the people” and says that the Lord “shall set up an ensign for the nations, and shall assemble the outcasts of Israel, and gather together the dispersed of Judah from the four corners of the earth” (2 Nephi 21:12; Isaiah 11:12). A similar prophecy also appears in 2 Nephi 15:26 (Isaiah 5:26), which reads: “And he will lift up an ensign to the nations from far, and will hiss unto them from the end of the earth.” 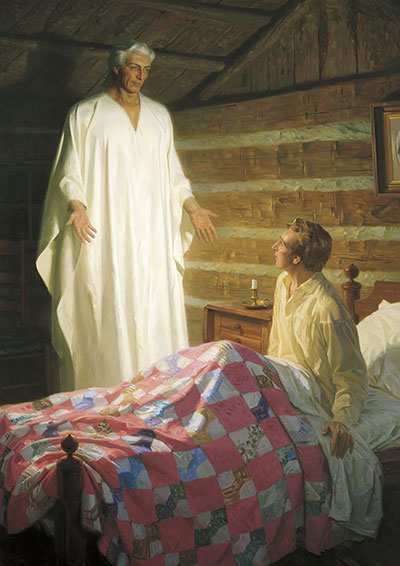 While in Far West, Missouri, Joseph Smith fielded some questions on Isaiah, including the question, “What is the root of Jesse spoken of in the 10th verse of the 11th chapter?” (D&C 113:5). The Lord responded, “it is a descendant of Jesse, as well as of Joseph, unto whom rightly belongs the priesthood, and the keys of the kingdom, for an ensign, and for the gathering of my people in the last days” (D&C 113:6).

While it is uncertain whether this is referring to Jesus, Joseph Smith, or someone else, Latter-day Saints have often interpreted it as including a reference to Joseph,2 for it was through Joseph that the priesthood and the keys were restored, including the keys for the gathering of Israel (D&C 110). While it is not known if Joseph was a descendant of Jesse, the Book of Mormon tells us that he is a descendant of Joseph (2 Nephi 3:6, 15). 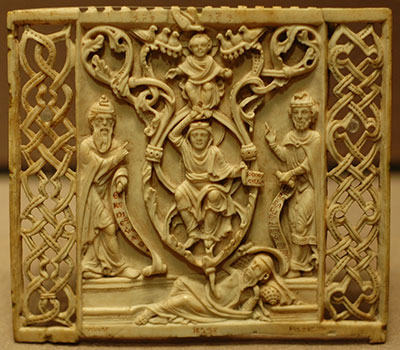 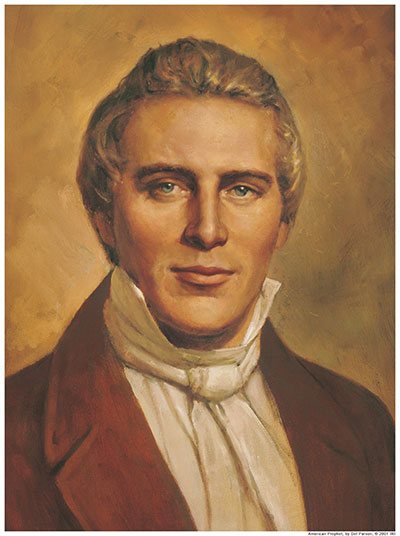 Ann Madsen observed, “Joseph Smith was inspired, motivated, and empowered profoundly by his connection to Isaiah’s teachings.”5 This connection began with the First Vision when the Savior used the words of Isaiah to describe the state of the Christian world (see Joseph Smith—History 1:19; cf. Isaiah 29:13). The connection between the coming forth of the Book of Mormon and Isaiah 11:10–13 was suggested to Joseph Smith by Moroni’s quotation of it when he first visited Joseph in 1823. Thus, the Restoration was both predicted in and influenced by the writings of Isaiah.

Seeing Joseph Smith as the root of Jesse and the Book of Mormon as the ensign signals to all people that God has set his hand to commence the conclusion of his gathering work in the last days. The Book of Mormon is clearly no ordinary book, but is much more, even a miraculous work and a miracle (as the Hebrew in Isaiah 29:14 can be translated). It is the Father’s sign that he has “set his hand again the second time to recover the remnant of his people” (2 Nephi 21:11; 3 Nephi 21:7).

The Book of Mormon beckons to all to come, to hear, and to receive the call, that “the work of the Father” (3 Nephi 21:26) may go forth. By this signal, all can see that “the field is white already to harvest” (D&C 4:4). Going forth under this banner, everyone who desires to serve God and is called to the work “layeth up in store that he [or she] perisheth not, but bringeth salvation to his [or her] soul” (D&C 4:4).

Ann Madsen, “Joseph Smith and the Words of Isaiah,” in Isaiah in the Book of Mormon, ed. Donald W. Parry and John W. Wel