Why Did Benjamin Give Multiple Names for Jesus at the Coronation of his Son Mosiah? 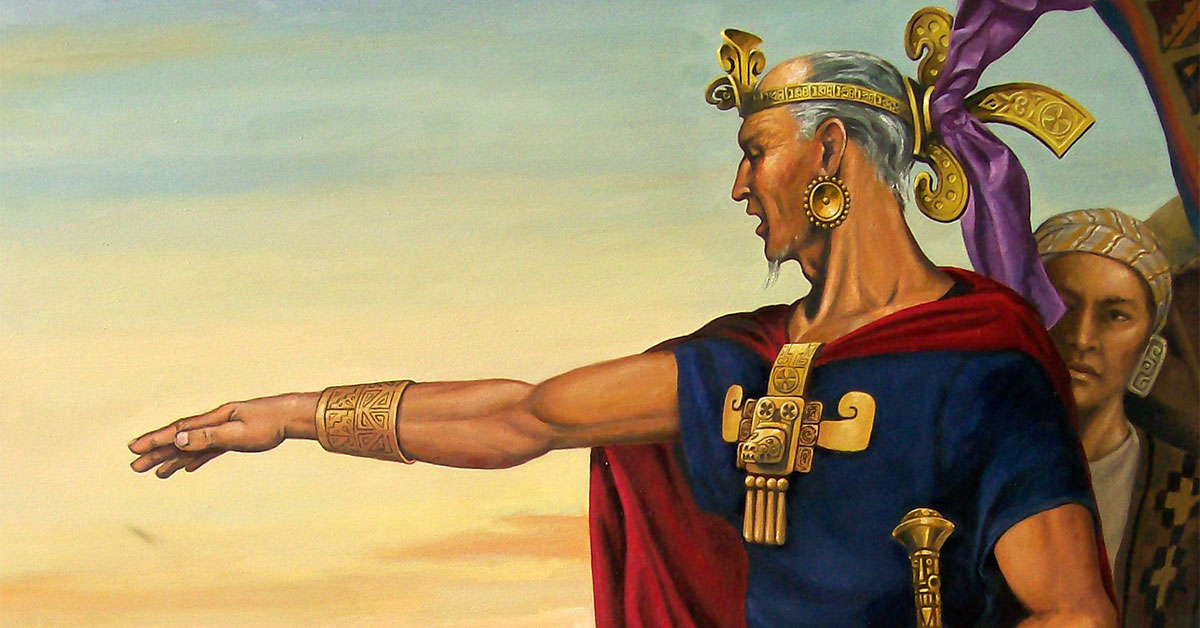 El rey Benjamin by Jorge Cocco.
“And he shall be called Jesus Christ, the Son of God, the Father of heaven and earth, the Creator of all things from the beginning; and his mother shall be called Mary”

On the occasion of his son Mosiah’s ascension to the Nephite throne (Mosiah 1:10–18; 2:30–31), King Benjamin addressed his people, stressing, among other things, the coming of the Messiah, the Heavenly King (Mosiah 2:19). Declaring that “an angel from God” (Mosiah 3:2) had stood before him and revealed important truths about the coming of the Messiah and his mission to atone for the sins of the world (Mosiah 3:2), King Benjamin quoted the angel as telling him:

For behold, the time cometh, and is not far distant, that with power, the Lord Omnipotent who reigneth, who was, and is from all eternity to all eternity, shall come down from heaven among the children of men, and shall dwell in a tabernacle of clay, and shall go forth amongst men, working mighty miracles, such as healing the sick, raising the dead, causing the lame to walk, the blind to receive their sight, and the deaf to hear, and curing all manner of diseases. And he shall cast out devils, or the evil spirits which dwell in the hearts of the children of men. And lo, he shall suffer temptations, and pain of body, hunger, thirst, and fatigue, even more than man can suffer, except it be unto death; for behold, blood cometh from every pore, so great shall be his anguish for the wickedness and the abominations of his people. And he shall be called Jesus Christ, the Son of God, the Father of heaven and earth, the Creator of all things from the beginning; and his mother shall be called Mary. (Mosiah 3:5–8)

At the center of this passage, one thing that stands out are the four names or titles which the angel gave the coming Messiah: (1) Jesus Christ, (2) the Son of God, (3) the Father of heaven and earth, (4) the Creator of all things from the beginning. In addition, the angel added that the name of Jesus’ mother would be (5) Mary.

This declaration of the names or titles of Jesus in Benjamin’s temple-coronation speech is significant for several reasons. In general, “It was common in the ancient world for the king ascending to the throne to take a throne name for himself,” explain a trio of biblical scholars in their recent Old Testament commentary. The reasoning behind a king taking on a new name or set of titles at his coronation was to signal his legitimate rise to power and proclaim his divine appointment. Taking on a new name or titles thus “accredited the king with various qualities and accomplishments” that marked his rule.1

This is seen, notably, in ancient Egypt, where “a formal, time-honored practice [was] to bestow a titulary of five names on a pharaoh ascending to the throne as part of the accession ceremony. These were an expression of the Egyptian beliefs in the deity of the pharaoh.”2 As one Egyptologist explains,

Choosing a particular name was an especially symbolic act for an ancient Egyptian ruler, since names were so significant within the culture. After all, the original act of creation by the primeval god himself was inextricably linked to the act of naming the various entities he created. . . . Since the king was a human being who held a divine office as well as the link between his subjects and the gods, the royal court wished to express the essential features of this unique circumstance. One of the ways it accomplished this was by composing special epithets that the king assumed at his accession, which would serve as a brief statement of his qualities or of his relationship with the divine and the terrestrial world.3

The titles for ancient Egyptian kings could “consist of short phrases with a simple adjective qualifying a noun” or could be “longer declarations.”4 For example, the five titles of Pharaoh Thutmosis I (who ruled from circa 1506–1493 BC) were: “ [1] Victorious Bull, Beloved of [the Goddess] Maat, [2] The One Who Has Appeared by Means of the Uraeus [a symbol of the goddess Wadjet], the One Great-of-Might, [3] The One Perfect of Years, Who Has Sustained Minds, [4] The Great One Is the Manifestation of the Ka [Soul] of [the God] Re, [5] Thutmosis, Living Forever and Ever.”5 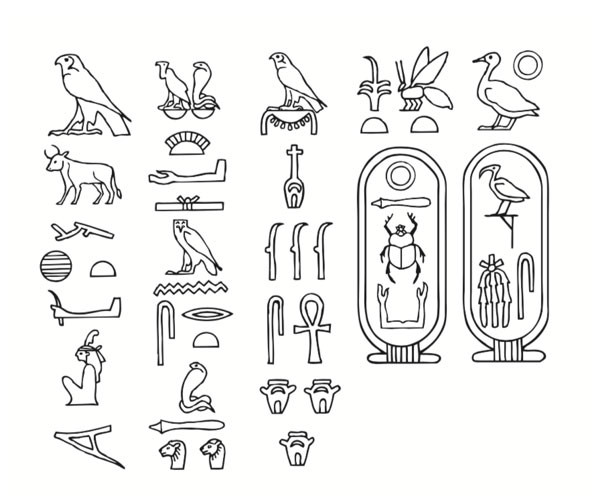 The royal titulary of Pharaoh Thutmosis I. Reproduced in Leprohon (2013), 11.

Besides the ancient Egyptians, ancient Semitic and Mesopotamian kings also bestowed important throne names and titles on themselves. “The titulary of Niqmepa, king of Ugarit (mid-second millennium) . . . include[d] titles such as Lord of Justice, Master of the Royal House, King Who Protects and King Who Builds.”6 The Mesopotamian king Pul or Pulu took the throne name Tiglath-Pileser, meaning “my trust is the heir of [the temple of the god] Esharra” (cf. 2 Kings 15:19, 29; 16:7, 10; 1 Chronicles 5:26).7

Isaiah’s messianic prophecy of the coming of Emmanuel (“God is with us”) included the famous declaration: “For unto us a child is born, unto us a son is given: and the government shall be upon his shoulder: and his name shall be called Wonderful, Counsellor, The mighty God, The everlasting Father, The Prince of Peace” (Isaiah 9:6).8Some scholars have seen this theophoric prophecy as a possible echo or imitation specifically of the Egyptian practice of assigning important names or titles to a new king, and it is “probable, though not certain, that the kings of Judah took a new name when they succeeded to the throne.”9

The custom of bestowing a throne name or royal titles on kings is also detectable in Pre-Columbian Mesoamerica. “Among the Classic Maya,” explains one scholar, “rulers would receive new names and titles upon accession which established their relationships to both the human and divine realms.”10 One attested practice in this regard was for kings to adopt “the name of the sun deity, K’inich, thus identifying themselves with the celestial authority of a potent supernatural being.”11 These new “titles and names provide . . . evidence that Maya rulers considered themselves divine. Deity names were appropriated by rulers upon their accession in order to associate themselves with specific gods and thus emphasize their divine authority.”12

This context sheds important light on why the angel revealed these names to Benjamin specifically at the time of the coronation of his son Mosiah. For starters, it is important to note Benjamin’s personal ambivalence towards the earthy institution of kingship (an ambivalence shared by his son Mosiah, who would later abdicate the throne just like his father [Mosiah 2:29; 29]). Rather than proclaiming himself or his son a divine king, as would have been expected and customary in the ancient world, Benjamin affirmed that he was merely mortal, like his subjects, and only reigned as king because God had granted such (Mosiah 2:11). Benjamin likewise shifted the focus away from himself as king and towards the Heavenly King of both himself and his people (v. 19).13

All of this would explain why Benjamin emphasized the names and titles of the Messiah, the Heavenly King, and the Lord God Omnipotent, in his speech rather than names of the ascending king, his son Mosiah, as would normally be expected in this context. Benjamin knew his Egyptian language and Hebrew traditions, which he had taught to his son and heir, Mosiah (Mosiah 1:4). Much as ancient earthly kings assumed new names and titles, the names and titles for the Heavenly King declared by Benjamin highlighted His different roles and attributes, thereby shifting the attention of his people to the all-important work He would accomplish when he came to “dwell in a tabernacle of clay” (Mosiah 3:5). This can be seen in the very elements that compose the names and titles spoken of by the angel:

Before his speech, Benjamin had announced that one of his main purposes was to proclaim his son Mosiah to be the next king (Mosiah 1:10; 2:30), but also to “give this people a name, that thereby they may be distinguished above all the people which the Lord God hath brought out of the land of Jerusalem” (Mosiah 1:11). That name was the five-part name he revealed in Mosiah 3:8.

To punctuate the importance of the bestowal of this significant new name and its titles, Benjamin’s speech concludes with his listeners taking upon themselves the name of Christ by covenant (Mosiah 5:7–14). As Benjamin declared, “There is no other name given whereby salvation cometh; therefore, I would that ye should take upon you the name of Christ, all you that have entered into the covenant with God that ye should be obedient unto the end of your lives” (v. 8).

Remarkably, about 116 years later, the first ten substantive words in this coronation name of the Heavenly King15were recited and invoked precisely in Helaman 14:12 by Samuel the Lamanite, as he prophesied further of this very Lord whom Benjamin had said “cometh unto his own” (Mosiah 3:9), standing on the walls of Zarahemla, which had been King Benjamin’s temple city.

For these and many other reasons, “This sermon ranks as one of the most important in scripture. It serves to fulfill one of the primary purposes of the Book of Mormon by placing central focus and highest importance on the life, mission, atonement, and eternal reign of the heavenly King, Jesus Christ, the Lord God Omnipotent.”16

This KnoWhy was made possible by the generous contributions of Dow & Lynne Wilson.