Why Did Alma Ask about Having God’s Image Engraven upon One’s Countenance? 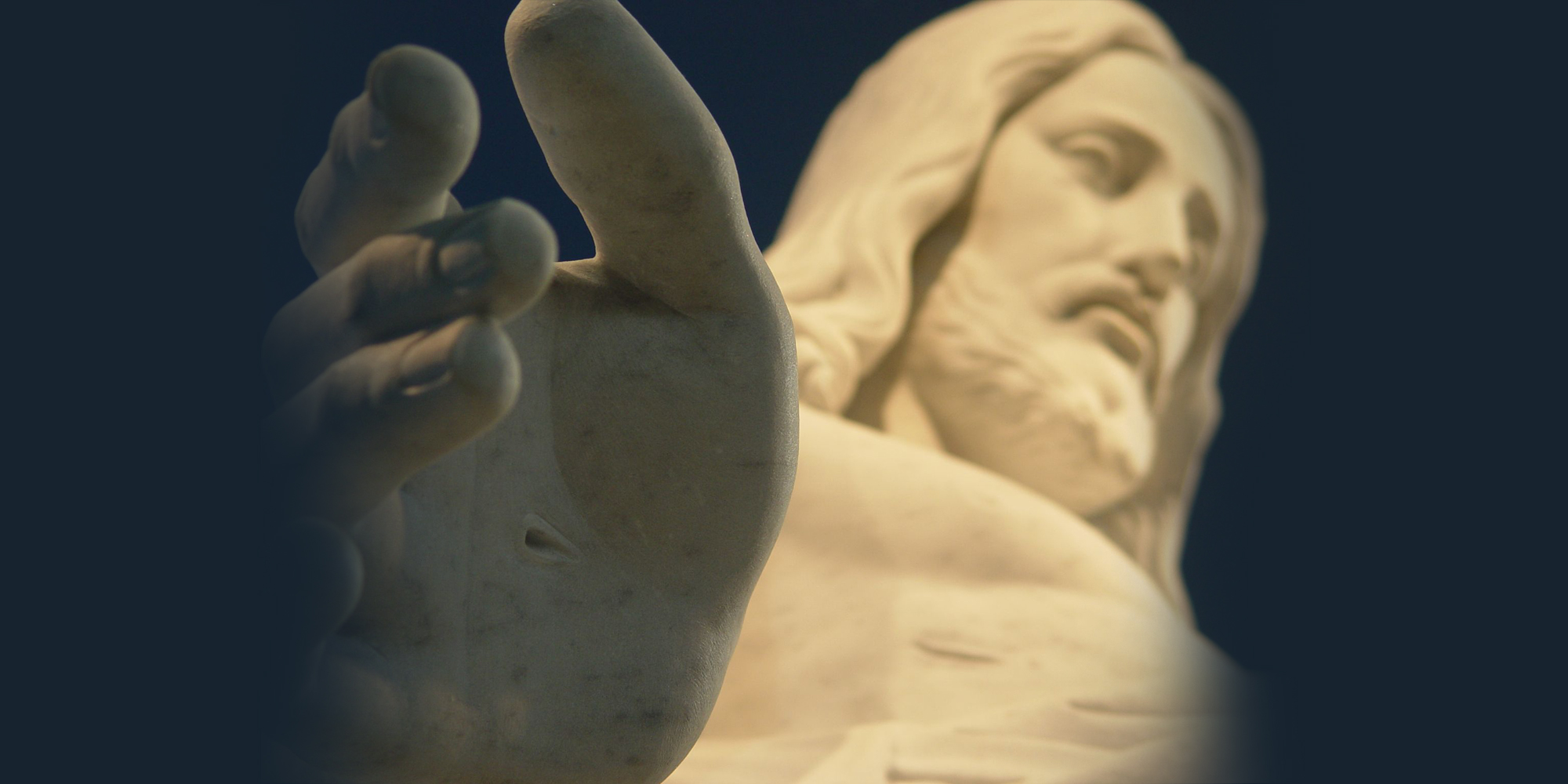 Jesus Christ, Christus Statue via Flickr
“I say unto you, can you look up, having the image of God engraven upon your countenances?”

As Alma led his people in a covenant renewal ceremony, perhaps in association with the autumn New Year’s festival season, he asked them 50 penetrating questions to aid in their introspection and spiritual self-evaluations (Alma 5).1 In a pair of particularly pointed questions, Alma asked his people, “Have ye received [God’s] image in your countenances?” (Alma 5:14, emphasis added). Then, inviting them to imagine the judgment day (vv. 15–18), Alma asked if, on that day they could “look up, having the image of God engraven upon you countenances?” (v. 19, emphasis added).

According to Brant Gardner, “Having the image of God engraven on the countenances of the righteous appears to be unique to Alma.”2 By using the terms engraven and image together as he did, Alma might have been making a deliberate allusion to rituals and practices found in pre-Columbian America. As explained by Brant Gardner and Mark Wright, many Mesoamerican cultures participated in rituals of deity impersonation, where “a ritual specialist, typically the ruler, puts on an engraved mask or elaborate headdress and transforms himself into the god whose mask or headdress is being worn.”3

According to Cecelia Klein, participation in the Mesoamerican rituals was limited to the upper class. “The right to impersonate a deity … was not available to everyone; the costumes were signs of rank, office, privilege, and the right to riches.”4 Such rituals were often part of the celebration of fixed calendar dates, such as the New Year,5 with those of lower social status watching the ritual performance. 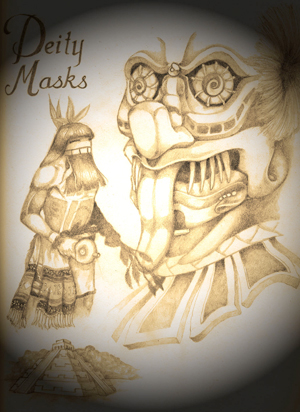 The masks worn by deity impersonators were themselves believed to be “intelligent objects in their own right, embodying the cognitive essence and powers of the [divine] being they represent.”6 As Gardner and Wright explained, “The masks and headdresses that deity impersonators wore were literally graven.”7 Pre-columbian masks were carved or engraved out of turquoise, jade, greenstone, gold, silver, obsidian, wood, and even human skulls.8 In the available artwork, masks “usually appear worn by rulers, priests, and leading warriors.”9

Both deity impersonation and the masks worn for that purpose were linked to the image of deity in pre-Columbian times. According to Klein, the Aztec term referring to a god impersonator literally means “god’s image,”10 and Gardner and Wright noted that Maya inscriptions refer to deity impersonators having u-b’aah-il, “his [the deity’s] holy image.”11 In addition, “the Maya word for mask, koh, means ‘image’ or ‘representative.’”12 Similar rituals and concepts involving masks existed among many pre-Columbian cultures throughout both North and South America.13 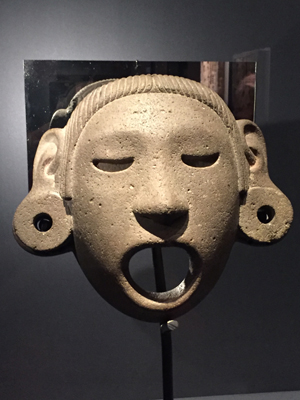 In Mesoamerica, these masks and rituals are well documented back into Book of Mormon times. Gardner and Wright explained, “This practice goes back to the Formative period (1500 BC–AD 200), as cave paintings in Oxtotitlan dating to the eighth century BC attest.”14 Klein affirmed that carved masks, “appeared in Mesoamerica beginning in the Early Pre-Classic period, after about 1500 BCE.”15 She further declared, “Mesoamericans have been impersonating their gods since … the Middle to Late Formative periods,” or in other words, from about 1000 BC on.16

“Against that context,” Gardner and Wright concluded, Alma’s questions about receiving and then engraving God’s image upon one’s countenance “become highly nuanced.”17 At this point in time, the church in Zarahemla was dealing with a recent influx of new converts (Alma 4:4–5) who probably brought with them some cultural baggage from their previous religious beliefs and practices. Furthermore, the church was dealing with internal apostasy likely influenced by the Nephites’ surrounding culture (Alma 4:6–14). 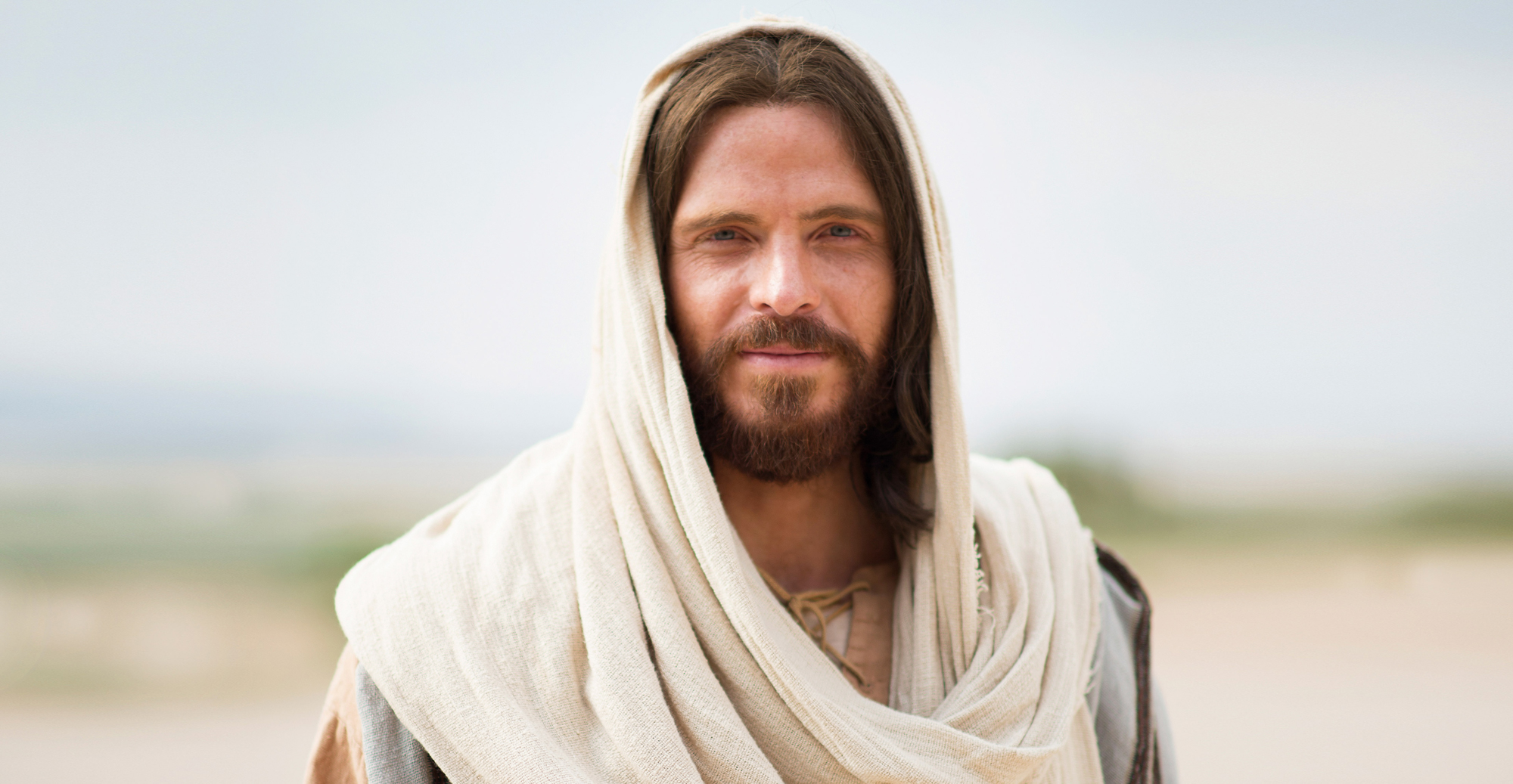 As Gardner and Wright proposed, “Alma may have been referencing a concept that he expected his listeners to understand and attempted to shift that understanding into a more appropriate gospel context.”18 Alma was speaking at a covenant renewal ceremony where some in his audience might have expected him to put on an engraved mask and assume the “image” of a god. Instead, Alma taught his people what it truly means to engrave God’s image on one’s countenance.

To Alma, receiving God’s image was akin to being “spiritually … born of God” and having a “mighty change of heart” (Alma 5:14). Andrew C. Skinner explained, “to receive Christ’s image in one’s countenance means to acquire the Savior’s likeness in behavior, to be a copy or reflection of the Master’s life,” which “requires … a change in feelings, attitudes, desires, and spiritual commitment.”19

Receiving God’s image ultimately leads to having God’s image engraved upon one’s countenance. This use of engraven adds rhetorical force to the importance of gaining God’s image, especially in light of the efforts by Book of Mormon authors, who “engraved that which is pleasing unto God” onto metal plates (2 Nephi 5:32).20

Alma compared having God’s image engraved upon oneself to having “a pure heart and clean hands” (Alma 5:19)—a phrase that comes from a temple entry psalm (Psalm 24:4). This psalm was meant to assess a person’s worthiness to pass through the gates of the temple and thereby enter into the presence of God.21 Thus, Alma taught that the righteous who enter into God’s presence will have God’s image engraved upon their countenance. In other words, they “shall be like him” (1 John 3:2; Moroni 7:48). 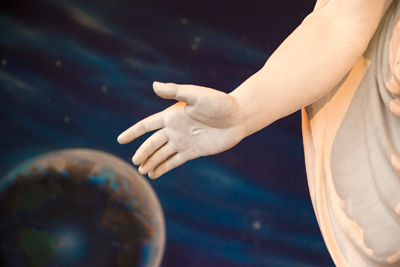 Achieving this takes more than just dressing up in a costume and performing an “impersonation” ritual. As a pair of LDS scholars put it, receiving the image of God involves genuinely “imitating and emulating … others who have set an example in righteousness, especially Jesus Christ.”22 Ultimately, engraving God’s image onto one’s own countenance is made possible “through the blood of Christ” (Alma 5:27)—because the Lord has “graven thee upon the palms of [His] hands” (Isaiah 49:16; 1 Nephi 21:16).

As Alma taught, this true reception of God’s image was an opportunity available to all—not just the ruler and other social elite. In that way, Alma was continuing the democratizing process begun by King Benjamin and carried further by Mosiah.23  Today, Alma’s penetrating questions continue to urge readers to face up to genuine and probing self-examination. Such introspection opens up the opportunity to repent and become like Christ—to have his image engraven upon one’s countenance—an opportunity open to all who truly seek to emulate the Savior.

Brant A. Gardner and Mark Alan Wright, “The Cultural Context of Nephite Apostasy,” Interpreter: A Journal of Mormon Scripture 1 (2012): 25–55.