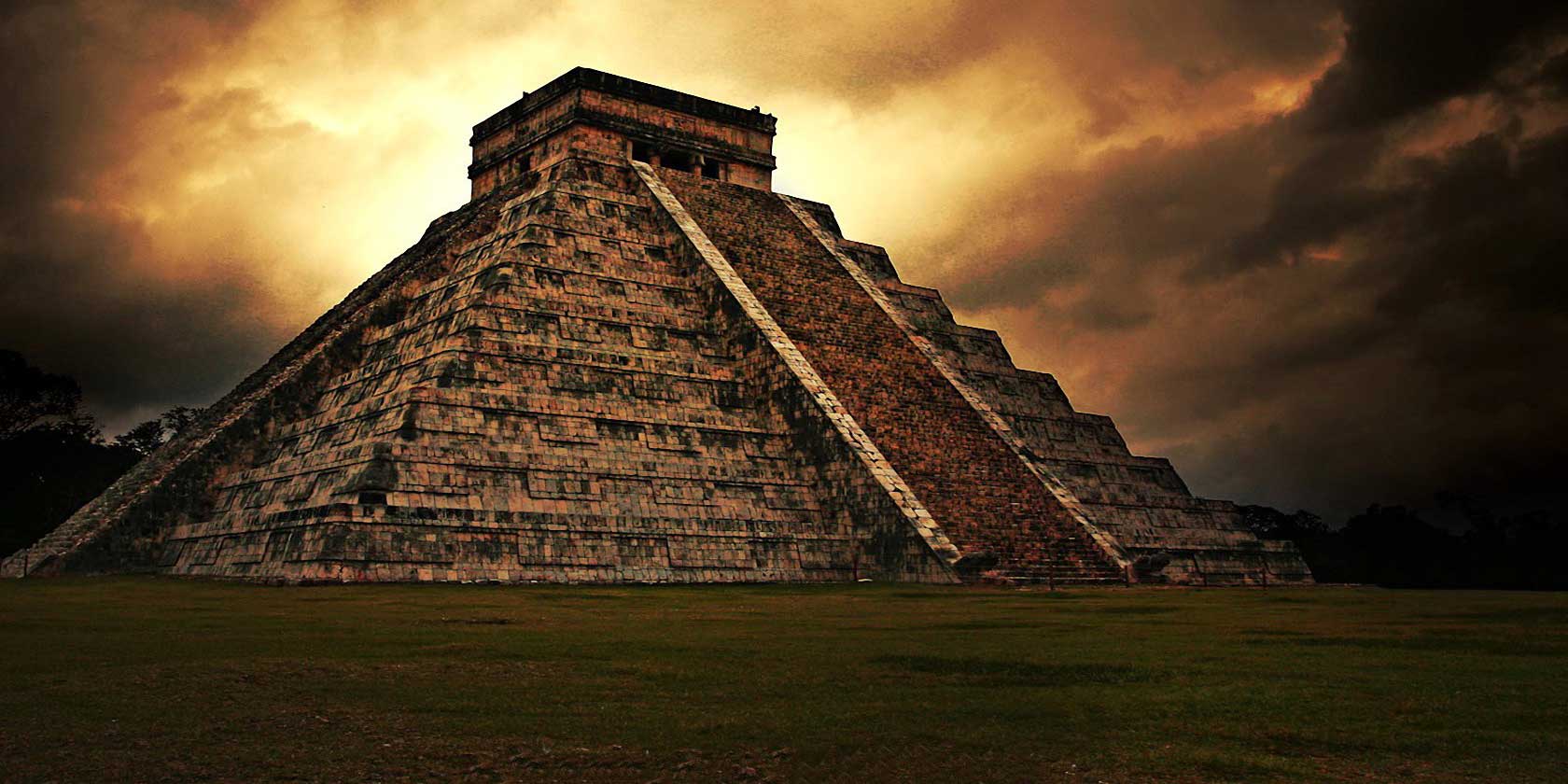 Ancient Maya Temple. Adobe Stock.
And now behold, I ask of you, my brethren of the church, have ye spiritually been born of God? Have ye received his image in your countenances? Have ye experienced this mighty change in your hearts? Do ye exercise faith in the redemption of him who created you? Do you look forward with an eye of faith …?

Alma 5 records one of the greatest addresses of the Book of Mormon, in which Alma the Younger, the Nephite high priest, posed a total of some fifty questions to the members of the Church in Zarahemla.1 These fifty questions are often rhetorical and are meant to help the people of the Church evaluate their spiritual progress and be able to clearly determine which of the “two ways” they are following: the path to eternal life or the path to eternal damnation.2

Alma’s objective with this speech was, apparently, to renew the covenant that was established not only by his father, Alma, at the Waters of Mormon, but also by King Benjamin at the great Nephite gathering that he convened in Zarahemla. For example, some of the repeated words or ideas between Alma’s and Benjamin’s speeches include experiencing a “mighty change” of heart (Alma 5:14; compare Mosiah 5:2) and being spiritually born of God (Alma 5:14; compare Mosiah 5:7).3

When Alma asked the question “can ye look up to God at that day with a pure heart and clean hands” (Alma 5:19), he was quoting Psalm 24:4.4 Psalm 24 is a temple entry psalm that presents worshippers desiring to pass through the gates of the temple as being presented with moral requirements for entry.5 The worshippers ask the guardians of the gates these two questions: “Who shall ascend into the hill of the Lord? Or who shall stand in his holy place?” The answer is then given: “He that hath clean hands, and a pure heart; who hath not lifted up his soul unto vanity, nor sworn deceitfully” (Psalm 24:3–4). 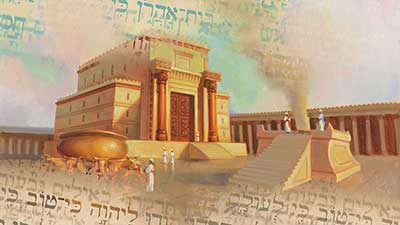 Biblical scholar Sigmund Mowinckel explained that ancient temples had “their own special leges sacrae or 'laws of the sanctuary', their special rules and special demands as to the qualifications of those to be admitted.”6 He notes that Psalm 15, another temple entry psalm parallel to Psalm 24, lists ten requirements for admittance. He believed that at some point these entry requirements became merged with the ten commandments of Mount Sinai, so that entry to the temple involved compliance with these commandments as well.7 Thus, “the instruction as to the conditions of admittance became merged [with] … a renewal of the covenant and a commemoration of the great works of God and of his commandments.”8

Mowinckel believed that these ten commandments of the covenant would have been heard, in the form of questions and answers, at the entry to the gate of the temple and then later at the climax of the pilgrimage festival, at the renewal of the covenant.9 He further described this tradition as a type of “moral catechism.”10 Psalms scholar Craig C. Broyles deduced that the instruction given in this ritual was to help the participant determine which of the “two ways” they would align themselves with—to continue following Jehovah and be identified with “the righteous” or to join the “wicked” forces that oppose him.11

The ancient Israelites were directed to renew the covenant every seven years (sabbatical year) at the Feast of Tabernacles, when they would hear the law read to them and recommit to observe it faithfully (Deuteronomy 31:10–13). 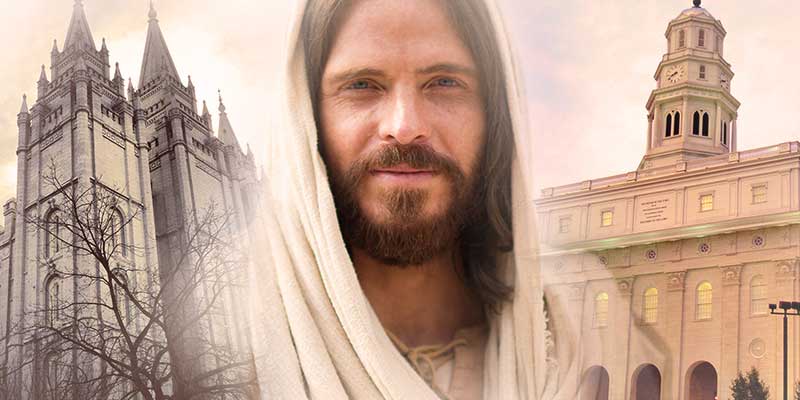 This information helps explain why Alma asks fifty questions in Alma 5. It is reasonable that Alma’s powerful address to the church in Zarahemla was given in connection with the observation of a sabbatical year, as called for under Israelite tradition. As such, Alma presented his series of introspective questions as part of a covenant renewal ceremony, possibly involving admission into the temple precinct.12 Alma’s speech came in the ninth year of the reign of the judges, 42 years after King Benjamin’s covenant renewal address, or in the sixth sabbatical year since then.13 That would have been the final sabbatical year before the Nephite celebration of the jubilee year, the fiftieth year after King Benjamin’s speech.14 This is conceivably why Alma was keen to quote and echo Benjamin in his speech, and this may also explain why there were exactly fifty questions – as a means of spiritual preparation for the jubilee. 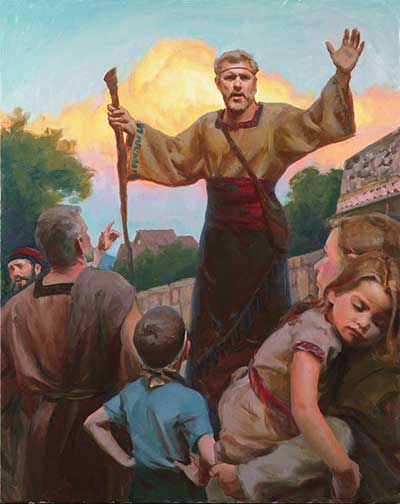 Moreover, Psalm 15, as discussed, presents ten “worthiness” standards, which are stated in both positive (vv. 2, 4) and negative conditions (vv. 3, 5). Psalms scholars Peter C. Craigie and Marvin E. Tate explain the purpose for this: “Both the positive and negative [conditions] are important, for the person who would enter God’s presence must have a life characterized not only by active goodness, but also by the absence of evil.”15 As Craig Broyles stated, the nature of these questions, or standards, is to help the follower define which of the “two ways” he will follow. LDS scholar Mack Stirling has asserted the same for Alma 5.16 In addition, most of Alma’s fifty questions call either for a strongly positive reply or a decisively negative determination.

Alma’s fifty questions were both timely and timeless. They caused the church members in Zarahemla to reflect on the goodness of God in the past, with the desired effect of helping them to have faith in God’s promises and desire to be faithful to their covenants. They also caused the people to reflect on their current spiritual condition and help them to look forward to the day that they would stand before God to be judged of Him. What would that day look like for them? How did the current status of their faithfulness compare to their desired eternal destiny? These powerful and pressing queries could have been readily applied to any subsequent covenant renewal, and they can just as well apply to readers of Alma’s words today.