Are There Really Only Two Churches?

Toward the end of Nephi’s sweeping vision, his angelic guide informs him, “there are save two churches only.” These are “the church of the Lamb of God” and “the church of the devil.” Nephi is told that all people are a part of one or the other, “wherefore, whoso belongeth not to the church of the Lamb of God belongeth to that great church, which is the mother of abominations” (1 Nephi 14:10). In addition to Nephi’s two churches, this concept finds itself expressed in Lehi’s sermon on the opposition of all things (see 2 Nephi 2:11, 26–27), and several other places in the Book of Mormon.1 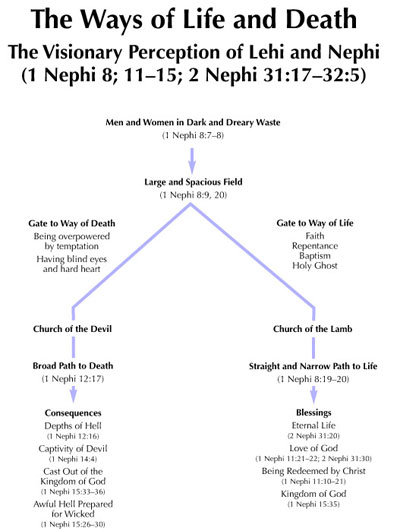 Today, just as in Joseph Smith’s time, there are many different churches and religions. People often sense an overwhelming array of choices, not only in religion, but in every facet of life. In ancient Judeo-Christian thought, however, there were only “two ways,” of which Nephi’s two churches are a typological representation.

“By this reasoning,” writes Hugh Nibley, “there are never more than ‘save two churches only’ in the world, and indeed Nephi’s much-commented remark to that effect (1 Nephi 14:10) reads more like a statement of general principle than the denunciation of one particular church among many.”2 Book of Mormon scholar Brant A. Gardner also explains, “The ‘Two Ways’ are the Way of Life and the Way of Death. There is no in-between third way. One chooses either life or death.”3

This point is stated most compellingly by the prophet Lehi:

Because [all humans] are redeemed from the fall they have become free forever, knowing good from evil; to act for themselves and not to be acted upon, save it be by the punishment of the law at the great and last day, according to the commandments which God hath given. 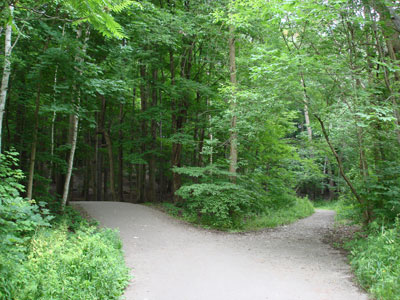 The doctrine is also clearly articulated only a few verses before Nephi mentions the two churches (see 1 Nephi 14:7).4This truth revealed by the Book of Mormon about the fundamental binary nature of this world is not typical of Western thought, but it is deeply embedded in many ancient Israelite texts.

One of Lehi’s contemporaries, Jeremiah, wrote, “Thus saith the Lord; Behold, I set before you the way of life, and the way of death” (Jeremiah 21:8). Psalm 1 declares, “For the Lord knoweth the way of the righteous: but the way of the ungodly shall perish” (Psalm 1:6).

A dramatic example of the doctrine is found in Deuteronomy, where Moses is recorded as saying, "I have set before thee this day life and good, and death and evil," which the people must choose between: "I call heaven and earth to record this day against you, that I have set before you life and death, blessing and cursing: therefore choose life, that both thou and thy seed may live." (Deuteronomy 30:15, 19).

The doctrine of the Two Ways was also strongly present in the Dead Sea Scrolls. For instance, the Community Rule scroll divides people into only two groups: “the Children of Light” and “the Children of Darkness.”7It can also be seen in several early Christian texts from the first through fifth centuries.8

One of the clearest expressions of the concept is found in Jesus’ Sermon on the Mount, where he taught, “for wide is the gate, and broad is the way, that leadeth to destruction, and many there be which go in thereat” while “strait is the gate, and narrow is the way, which leadeth unto life, and few there be that find it” (Matthew 7:13–14). 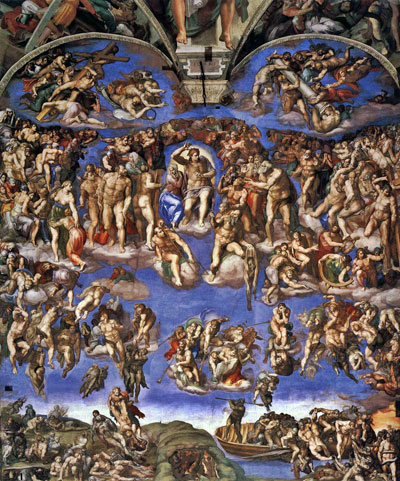 How are we to understand these stark dichotomies in today’s diverse society? Why is Nephi’s statement ultimately important today? While Nephi spoke of “two churches” or two ways of life, one of those ways leads into a maze of many strange roads and mists of darkness. The Savior spoke of a “broad” way, and Nephi’s great and abominable church is comparable to the great and spacious building of his father’s dream.9 Both the broad way and spacious building suggest room to wander down various paths and hallways while ultimately all ending up in the same place of darkness. Thus, Lehi’s dream mentions the one “strait and narrow path” and in contrast the many “forbidden paths” (1 Nephi 8:20, 23, 28).

While Nephi wants all people to understand the wide range of options and paths that exist in the temporal world in which we live, when seen from the perspective of God’s one plan of happiness, mercy, and salvation, the present temporal world is a creation composed of opposites—light and dark, hot and cold, wet and dry, inanimate and animate, male and female, obedient and disobedient, sin and righteousness.

As Lehi explained, “there is an opposition in all things” (2 Nephi 2:11), and this makes it possible for human beings to learn to choose good and not evil, happiness and not pain, eternal life and incorruption and not corruption and death. This helps all people to see that free choice ultimately boils down to choosing between Christ and Satan. In the end there are really only two choices.

The prophetic world view, sometimes called the apocalyptic worldview, sees the world from this perspective of the end-of-time reality and expresses its urgent messages in terms of a stark dualism, calling people continuously back to the iron rod and to the path that leads to life and the love of God.

John W. Welch, “Connections Between the Visions of Lehi and Nephi,” in Pressing Forward with the Book of Mormon, ed. John W. Welch and Melvin J. Throne (Provo: FARMS, 1999), 49–53. 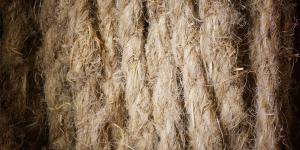 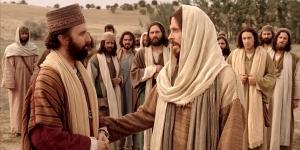