How Can the Old Testament Covenants Help Us Understand the Book of Mormon? 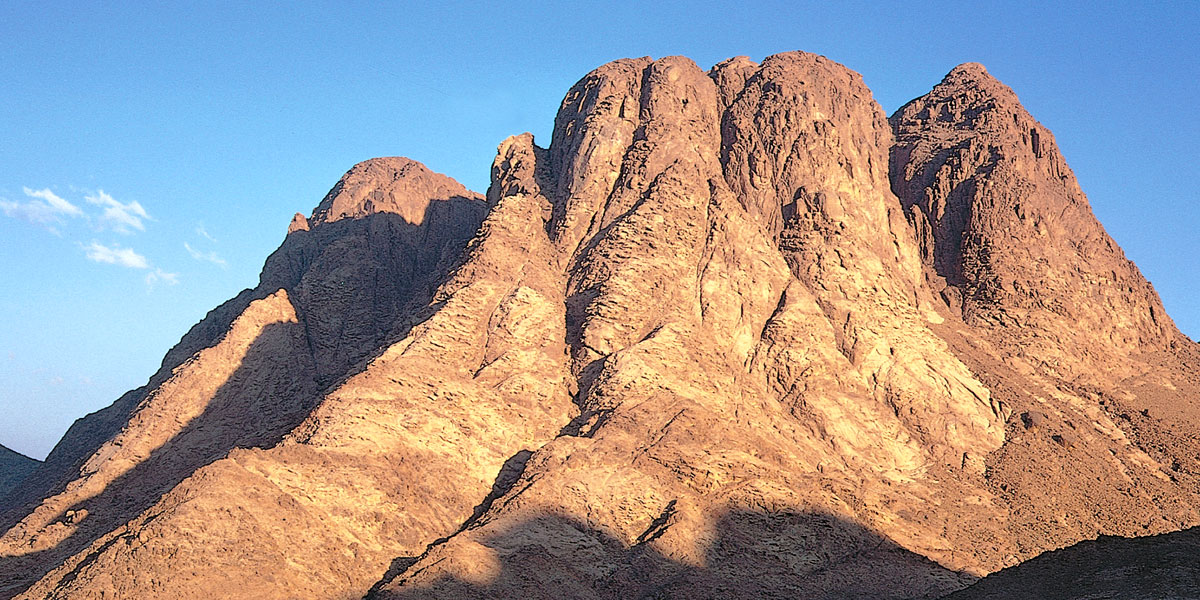 Mount Sinai, Egypt via lds.org
"And thus Laman and Lemuel, being the eldest, did murmur against their father. And they did murmur because they knew not the dealings of that God who had created them. Neither did they believe that Jerusalem, that great city, could be destroyed according to the words of the prophets. And they were like unto the Jews who were at Jerusalem, who sought to take away the life of my father."

There are two major covenants in the Bible, each associated with a holy mountain, that shape much of Old Testament history, narrative, and prophecy: (1) the covenant associated with Mount Sinai, where Moses met God and received the Law; (2) the covenant given to the Davidic monarchy, which is associated with Mount Zion in Jerusalem, where the Temple of Solomon was located. The sets of beliefs and understanding that formed around each of these covenants are known as “Sinai theology” and “Zion theology” respectively.  As LDS Bible scholar Taylor Halverson has argued, understanding these two main biblical covenants can help us understand the Book of Mormon.1

Zion Theology: “All Is Well in Zion” 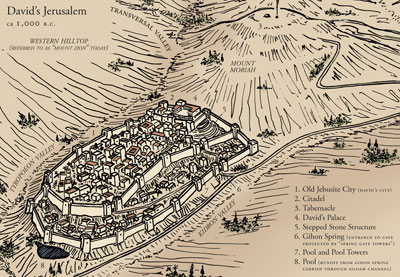 Zion theology is built around the idea that God covenanted with King David and his descendants that their royal line would last forever (see 2 Samuel 7:8–16).2 This promise was seen as an unconditional covenant; in other words, it was given without any requirements, obligations, or prerequisites. The Lord declared of David: “If he commit iniquity, I will chasten him with the rod of men … But my mercy shall not depart away from him, … and thy kingdom shall be established for ever” (2 Samuel 7:14–15). In Zion theology, it was also believed:

1. That God has chosen Zion (referring to Jerusalem) as his earthly abode. The Temple of Solomon, and particularly the Ark of the Covenant within the temple, represented God’s presence in Jerusalem.

2. That God is an undefeatable Divine Warrior who protects Zion. As long as God is in His temple in Jerusalem, the city cannot be conquered. God has conquered Israel’s enemies in the past, and will continue to do so.3

Psalm 48 is a good demonstration of the perspective of Zion theology.

Some people may have used Zion theology as an excuse for not repenting, thinking “Jerusalem can never be destroyed” or “all is well in Zion.” In Jeremiah 22–28, the people of Jerusalem did not believe that they needed to make any deals with the King of Babylon because God would protect them. Jeremiah prophesied that the Lord would only protect the Davidic monarchy and Jerusalem when they were righteous, and that Jerusalem would soon be destroyed by the Babylonians. Jeremiah was thrown into prison and almost put to death for this prophecy.

Sinai Theology: “If ye keep my commandments ye shall prosper in the land” 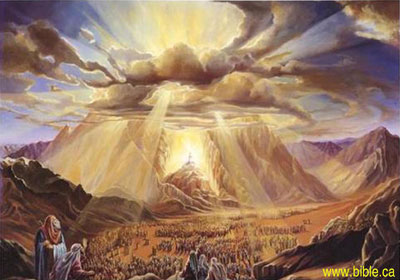 Mount Sinai and the camp of Israel. Image via bible.ca

In contrast to Zion theology, the Sinai covenant was conditional, in that the blessings promised were dependent upon the people’s obedience to the stipulations given by God. These requirements are known as the Law of Moses, which includes the Ten Commandments (see Exodus 19–24; Deuteronomy 11). If the people fell into iniquity and broke the laws of God, they would be cursed instead of blessed. In Sinai theology, it was further believed:

1. Moses was an ideal human figure. Beginning with Moses’ successor, Joshua, subsequent prophets were compared to or depicted as similar to Moses.

3. The Sinai covenant was typical of Ancient Near Eastern suzerain-vassal treaties, which were covenants between a ruler and less-powerful party, or “vassal,” that were conditioned upon the vassal’s submission to the suzerain.4

5. Sinai theology is associated with the scribal class.

A frequent promise found in the book of Deuteronomy summarizes the perspective of Sinai theology: “Walk in obedience to all that the Lord your God has commanded you, so that you may live and prosper and prolong your days in the land that you will possess” (Deuteronomy 5:33, NIV).5

Sinai and Zion Theology in the Book of Mormon

Nephi quoted from Isaiah extensively, but avoided the parts with Zion theology. Similarly, Book of Mormon authors tended to avoid Psalms which were clearly related to Zion theology (like Psalm 48).7 Nephi drew more from Exodus and Deuteronomy, the story of Moses.8 As Dr. Halverson has said, “Nephi wanted to be a prophet like Moses, not a king like David.” 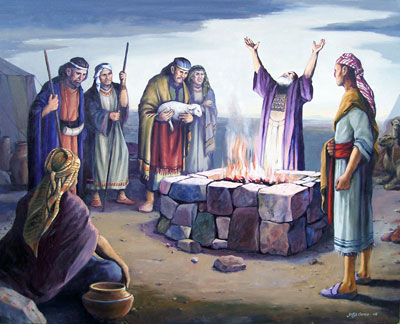 As noted above, Sinai theology was associated with the northern kingdom of Israel. Alma 10:3 informs us that Lehi was a descendant of Manasseh, a tribe of the northern kingdom. Although Lehi’s family moved to Jerusalem at some point, they were not natives of the southern kingdom. It appears that Laman and Lemuel had bought into the views of the local Zion theology, in that they did not believe that the great city of Jerusalem could be destroyed. They despised the fact that their father, much like Jeremiah and other prophets, was preaching that it would be (1 Nephi 2:12–13).

Lehi was likely close to Jeremiah, and his visions have a similar thrust to what Jeremiah was prophesying at the time.9 Furthermore, Nephi was likely trained as a scribe, and, thus, would have been influenced by the scribal class’s interest in the Sinai tradition. Although we do not know all of what was on the plates of brass, we do know that it contained the five books of Moses, and also many of the words of Jeremiah (1 Nephi 5:11, 13). The plates of brass may have been a record that came from the northern tribes of Israel, so they may have been less influenced by Zion theology.

Furthermore, Lehi and Nephi seemed to have seen the great potential that Sinai theology had for application to their own situation. In their journey through the wilderness, Lehi knew that his family would need to be faithful to the Lord in order to be blessed. Lehi and Nephi would need to be like Moses in order to lead their family according to God’s will. As Neal Rappleye has argued, “Lehi draws on the figure of Moses because he knows it will appeal to Laman and Lemuel, but at the same time he is using the Moses type to suggest that he himself was a true and legitimate prophet.”10

Although the Lord did, indeed, make important promises to King David, and to his royal line after him, which would eventually be fulfilled in the person of Jesus Christ, the meaning of this covenant for the people of God was often misinterpreted. Lehi and Nephi knew, and wanted to teach their descendants, and future readers of the Book of Mormon, that it is only when we keep the commandments of God that He will help us “prosper in the land” (1 Nephi 4:14).

Taylor Halverson, “Covenant Patterns in the Old Testament and the Book of Mormon,” presentation given at the 2017 BMAF–BMC Book of Mormon Conference, accessed online at https://youtu.be/UCUdceAvM0A.