Book of Mormon Central / KnoWhys
Why Was David Whitmer Excommunicated from the Church? 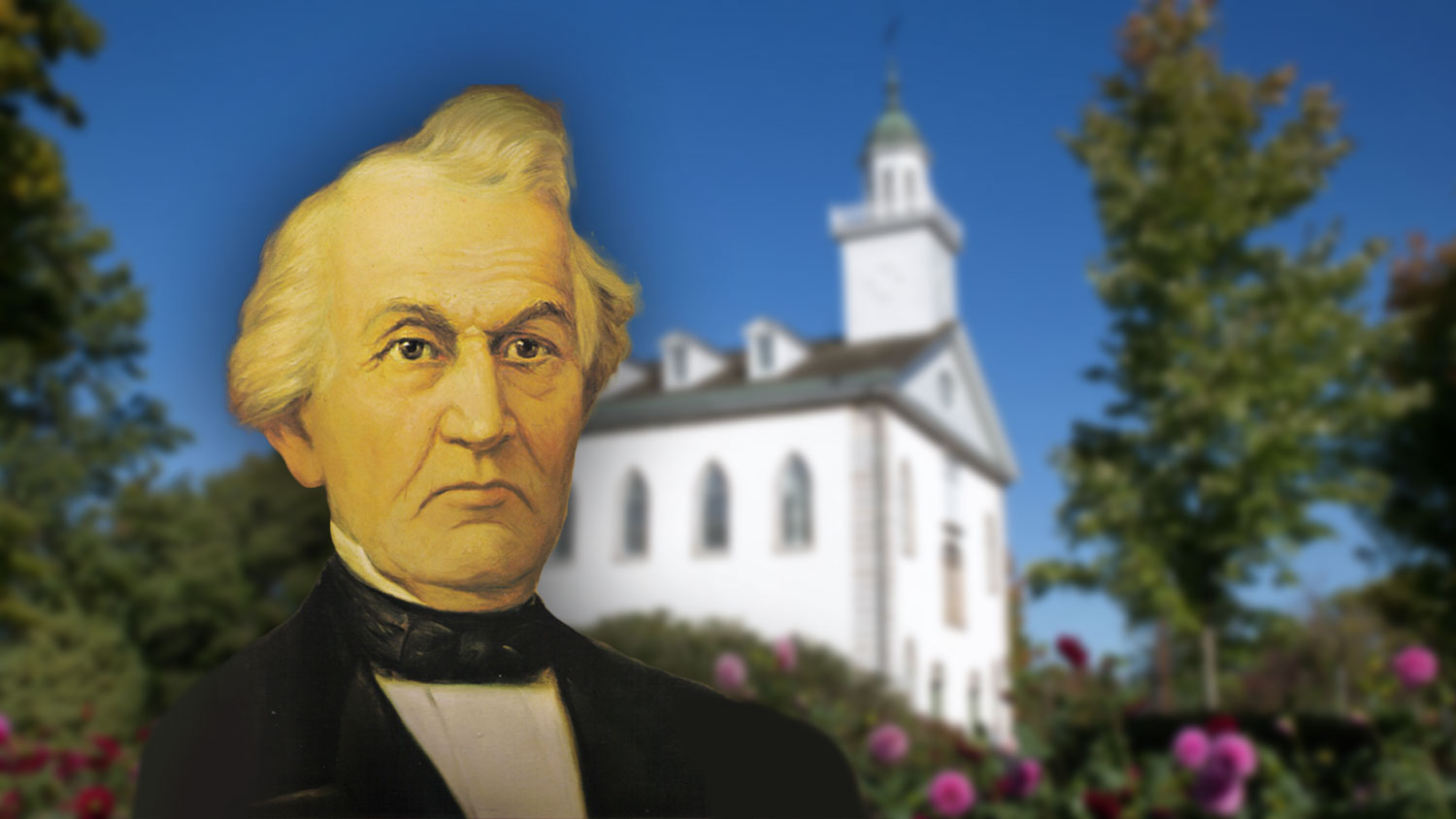 Portrait of David Whitmer by Lewis Ramsey. Image of Kirtland Temple via Church of Jesus Christ.
“Behold, I say unto you, David [Whitmer], that you have feared man and have not relied on me for strength as you ought.”

The Whitmer family were among the earliest supporters of Joseph Smith: They provided Joseph and Oliver Cowdery with temporal and spiritual support during the final month of the translation of the Book of Mormon. Five of the Whitmer brothers are counted among the Book of Mormon Witnesses, and two more of those witnesses married into the Whitmer family.1 In addition, the family’s matriarch, Mary Whitmer, was an informal witness to the plates.2

Of this important family, David Whitmer was the most prominent in the early years of the Restoration. His friendship with Oliver Cowdery was the link that connected the Whitmers to Joseph Smith. He was the same age as Joseph and appears to have had the closest relationship with him of all the Whitmer brothers. He was also chosen to serve as one of the Three Witnesses of the Book of Mormon (see Doctrine and Covenants 17).

Having seen a heavenly angel and the Nephite records and relics for himself, he remained true to his witness of those sacred events and of the Book of Mormon throughout the remainder of his life. He later heeded the Lord’s call to gather to Ohio and then became the leader of the Church in Missouri. Given all that he did for the Church, why was David Whitmer excommunicated on April 13, 1838?

After his experience with the angel and the plates in the summer of 1829, David continued to faithfully support the Church. In 1831 he gathered with the Saints in Jackson County, Missouri. When the Saints were forcibly driven from their homes in the fall of 1833, David was among those who lost nearly all of his earthly possessions. He was among the Church members who met with Joseph Smith when he arrived in Missouri with Zion’s Camp in the summer of 1834. During this time David was sustained as president of the general council of high priests in Missouri, effectively making him the presiding officer of the Church in Missouri.3

At the time, only two stakes had been organized: one in Ohio and the other in Missouri. The First Presidency (Joseph Smith, Sidney Rigdon, and Oliver Cowdery) were sustained as presidency over the high council in Ohio (see D&C 102:1–3).4 So David’s status as the head of the only other stake in the Church is evidence of his importance as a leader.

Joseph Smith said that he ordained David “to be a leader, or a prophet to this Church, which (ordination) was on conditions that he (J. Smith Jr.) did not live to God himself.”5 Thus, when the Kirtland Safety Society failed in 1837,6 some dissidents came to the conclusion that Joseph was a fallen prophet who was no longer living according to God’s direction and that David Whitmer should take the reins of leadership.

According to Brigham Young, in late 1837 a meeting was held in the Kirtland Temple with the aim to remove Joseph Smith as Church President and replace him with David Whitmer. Brigham later wrote in his history:

On a certain occasion several of the Twelve, the witnesses to the Book of Mormon, and others of the Authorities of the Church, held a council in the upper room of the Temple. The question before them was to ascertain how the Prophet Joseph could be deposed, and David Whitmer appointed President of the Church.

I rose up, and in a plain and forcible manner told them that Joseph was a Prophet, and I knew it, and that they might rail and slander him as much as they pleased, they could not destroy the appointment of the Prophet of God, they could only destroy their own authority, cut the thread that bound them to the Prophet and to God and sink themselves to hell.7

David’s relationship with Joseph and the Church continued to deteriorate throughout the remainder of 1837.8 On January 26, 1838, David, W. W. Phelps, and John Whitmer were removed as the presidency of the Church in Missouri.9

In April 1838 David was asked to appear before the Missouri high council in Far West to answer charges given against him. David was accused of several offenses, particularly “not observing the word of wisdom,” “unchristian-like conduct in neglecting to attend to meetings,” and “uniting with, and possessing the same spirit with the Dissenters, in writing letters to the Dissenters in Kirtland unfavorable to the cause and to Br Joseph Smith jr.” Three other charges were “neglecting the​ duties of his calling,” “separating himself from the cause and the Church,” and for “signing himself President of the Church of Christ in an insulting letter to the High Council.”10

David refused to answer the charges of the high council in person or otherwise. To do so, he wrote, would “be acknowledging the correctness and legality of those former Councils, which I shall not do.” He accused the high council and the former councils of having “a determination to pursue [an] unlawful course at all hazards” and to “bring others to [their] standard in violating of the revelations.” In conclusion, David added, “to spare you any further trouble I hereby withdraw from your fellowship and communion— choosing to seek a place among the meek and humble, where the revelations of Heaven will be observed and the rights of men regarded.”11

After reading the letter, the councilors agreed that “it was not considered necessary to investigate the case” since David had contemptuously withdrawn himself from “fellowship and communion.” Thomas B. Marsh then “decided that David Whitmer be no longer considered a member of the Church of Christ of Latter day Saints.”12

David Whitmer was “no longer considered a member of the Church” for several reasons: For one, he had voluntarily withdrawn. In addition, he had presumptuously signed his name as “President of the Church”—a status he was not granted in early 1837 or at any other time. He also went on to deny the authority of the high council. Moreover, he offered no explanations for his conduct, refuted none of the allegations, made no expressions of remorse or acceptance of responsibility, and gave no signs of repentance.

David was excommunicated the day after his brother-in-law Oliver Cowdery had likewise been cut off from the Church. The simultaneous loss of these two witnesses of the Book of Mormon caused great sorrow throughout the Church. David, along with the rest of the rest of the Whitmer family, soon left Far West and settled in Richmond, Missouri, where he spent the remainder of his life.

David was the only one of the Three Witnesses who never returned to the Church. Nevertheless, to the end of his life he retained a firm conviction of the truth of the Book of Mormon. Near the end of his life he publicly declared, “I have never at any time denied that testimony [of the Book of Mormon] or any part thereof, which has so long since been published with that Book, as one of the three witnesses. Those who know me best, well know that I have always adhered to that testimony. And that no man may be misled or doubt my present views in regard to the same, I do again affirm the truth of all my statements, as then made and published.”13 On David’s headstone in Richmond, Missouri, chiseled in stone, are the words “The Record of the Jews and the Record of the Nephites are One. Truth is Eternal.” 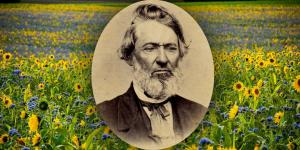