Why was Abinadi Scourged with Faggots? 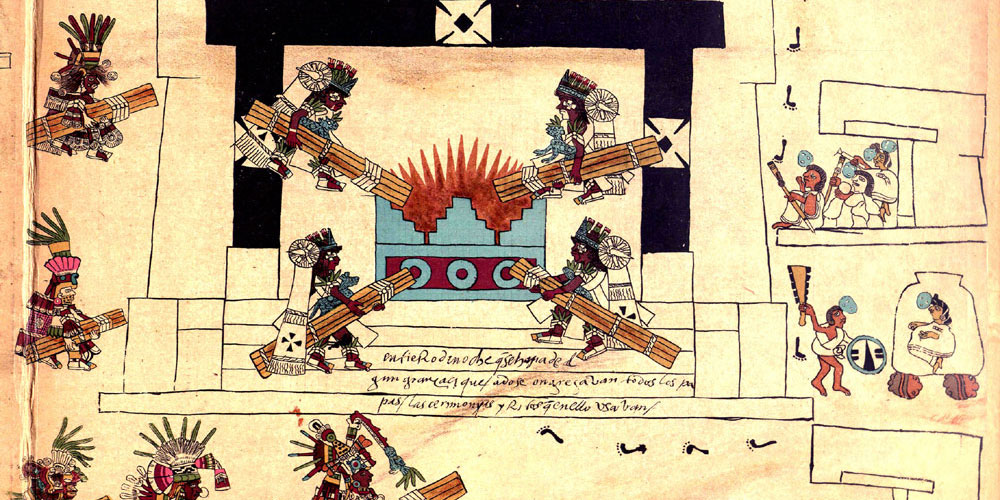 Representation of a new fire ceremony. Image from Codex Borbonicus via Wikimedia Commons.
“And it came to pass that they took him and bound him, and scourged his skin with faggots, yea, even unto death”

The tragic yet faith-inspiring story of Abinadi ended when the valiant prophet “suffered death by fire” (Mosiah 17:20). Although for most modern readers this has evoked images of the prophet burning at the stake, the actual description of the process never mentions Abinadi being tied to a stake. Instead, it curiously describes Abinadi as being “scourged … with faggots,” meaning bundles of burning sticks,1 until “the flames began to scorch him” (Mosiah 17:13–14). He not only suffered death by fire, but he suffered “the pains of death by fire” (Mosiah 17:15, 18, emphasis added).

The mention of being “scourged,” meaning beaten, flogged, or whipped, is curious in this context. In a paper published in 1991, Robert J. Matthews explained, “This passage seems to say that Abinadi’s tormentors took burning torches and poked him with these, burning his skin until he died.”2 The oddity of this practice has led Royal Skousen to suggest that it may be a transcription error, and the text should be amended to read “scorched his skin with faggots” instead.3 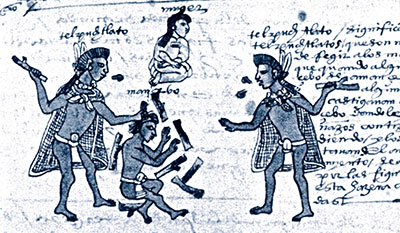 Though it may seem strange, there may be precedent for the practice. In 2001, an LDS Mesoamerican scholar pointed out, “There is … a direct parallel between Abinadi’s scourging and a form of punishment common in the much later Aztec culture of Mexico. Codex Mendoza, a richly illustrated ethnographic record of Aztec daily life that was produced in Mexico City around 1541, contains a painting that depicts two men beating a youth with firebrands.”4

The same scholar admitted, “The parallel Mesoamerican practice dates about a thousand years after Abinadi’s case and comes from a different culture.”5 More recent work by Mark Wright and Kerry Hull, however, documents the practice among the ancient Maya in pre-Columbian times. Wright and Hull also show that the practice was widespread among Native American cultures in both Mesoamerica and throughout North America.6 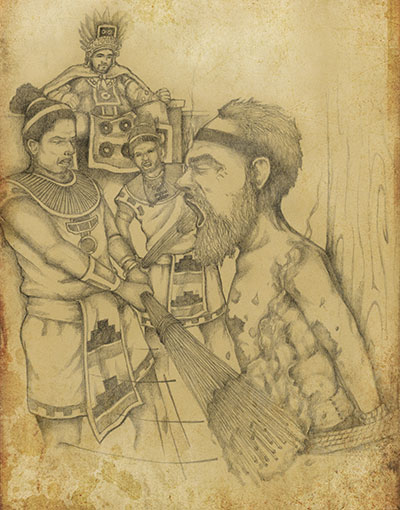 Regardless of the details on how Abinadi died by fire, his courage and conviction are traits to be admired. Fully aware that he went to his death, he nonetheless preached, prophesied, and testified boldly to Noah and his people of their wickedness and of the coming Redeemer. Abinadi deserves his place among the great Christian martyrs.7

Recognizing the implications of having his skin “scourged … with faggots,” makes a difference in how Abinadi’s death is understood, and the level of pain and torment he endured. Matthews visualized the scene:

In my mind I see Abinadi bound, possibly supported by something, and his fiendish executioners (probably the priests) gathered about him with burning torches (faggots) in their hands, jabbing him and rubbing him with these until they caused him to die. They actively, eagerly, and physically caused his death …. I can imagine them dancing and cavorting about Abinadi, and hear them shouting, exulting, and gloating over what they were doing.8 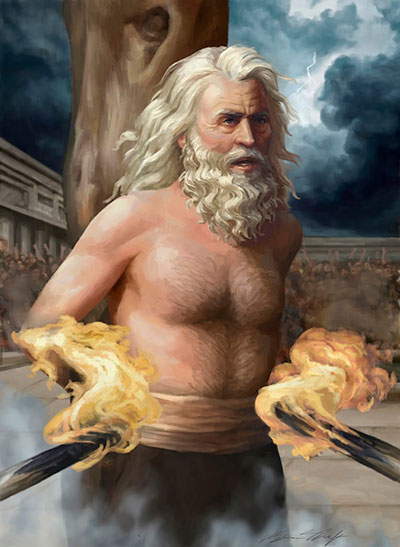 Mesoamerican ethnographers have pointed out that the process could often be deliberately dragged out, going on for days and sometimes weeks, to maximize the extent of the agony.9 Having publically stated that King Noah’s life would be “valued as a garment in a hot furnace” and that his people would be smitten with “sore afflictions” and would be driven with “burdens lashed upon their backs” (Mosiah12:3–5, emphasis added), it is not hard to believe that Abinadi would have anticipated  full well the prolonged tortures that awaited him, adding immeasurably to the courage behind his bold act of martyrdom.10

All this information provides a vivid contextual background for Abinadi’s final words of prophecy. As his tormenters scourged him with firebrands (echoing his own words of prophecy against Noah and his people), Abinadi's final prophecy against the priests turned the tables again on them, declaring that their descendants will cause many people to “suffer the pains that I do suffer, even pains of death by fire” (Mosiah 17:15, emphasis added), and that they too will be "afflicted" (Mosiah 17:16, emphasis added) and “smitten on every hand” (Mosiah 17:17, emphasis added). He then cursed the priests to be taken by enemies and to "suffer, as I suffer, the pains of death by fire” (Mosiah 17:18, emphasis added). Finally he warned, “Thus God executeth vengeance upon those that destroy his people” (Mosiah 17:19). Abinadi’s allusions to the dreadful acts of his own executioners could hardly have been missed, as he got the last word in these volleys.