Book of Mormon Central / KnoWhys
Why Is There a Need for the Testimony of Two Nations? 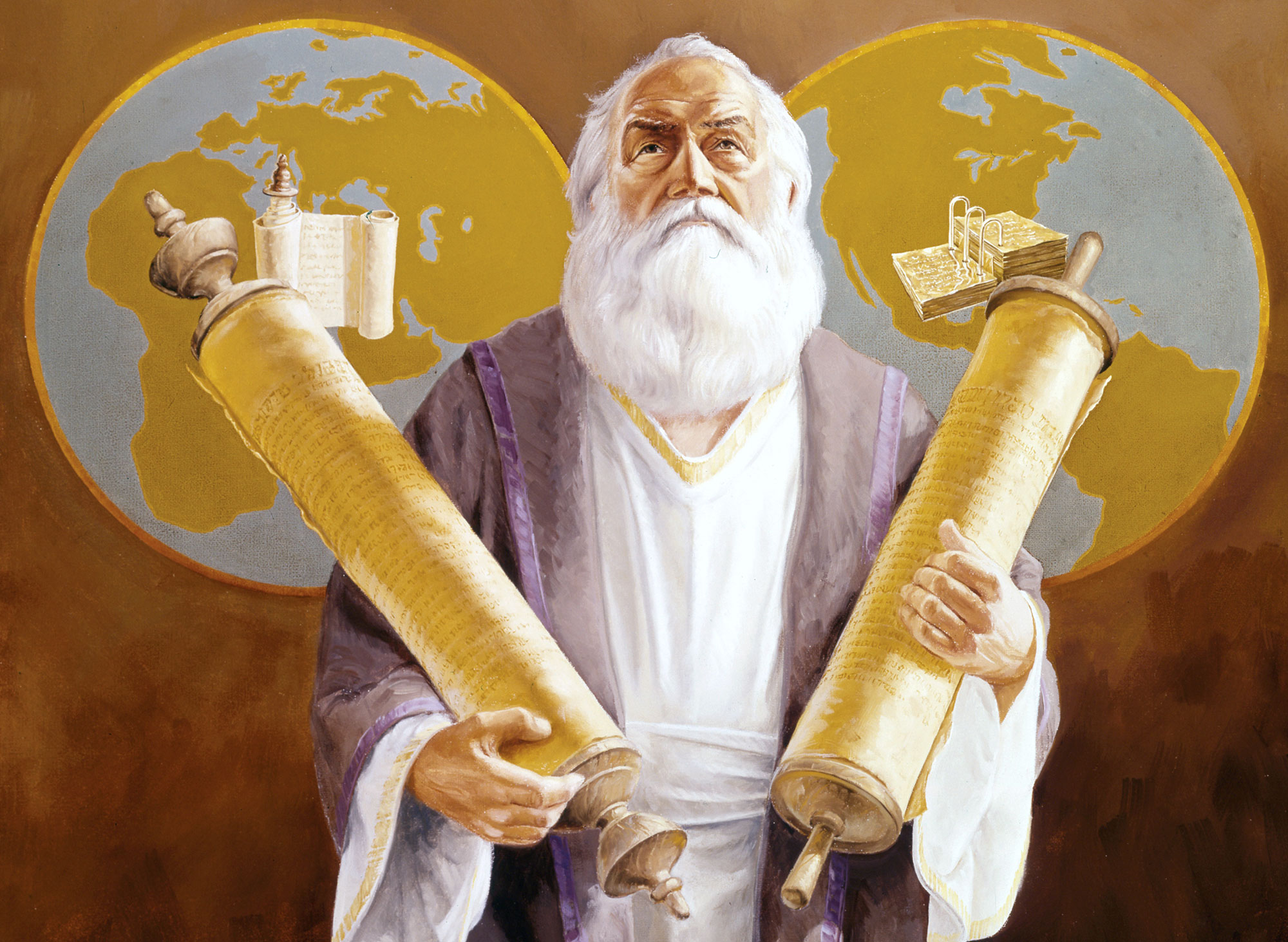 Nephi anticipated some of the objections latter-day readers may have against the Book of Mormon. Some might exclaim, “A Bible! A Bible! We have got a Bible, and there cannot be any more Bible” (2 Nephi 29:3). In response to this criticism, Nephi emphasized that God may speak to whomever He pleases, and when He does, the records produced by those people so spoken to will be beneficial to His children. “Wherefore murmur ye, because that ye shall receive more of my word?” Nephi presented the Lord asking rhetorically, “I speak the same words unto one nation like unto another. And when the two nations shall run together the testimony of the two nations shall run together also” (2 Nephi 29:8). 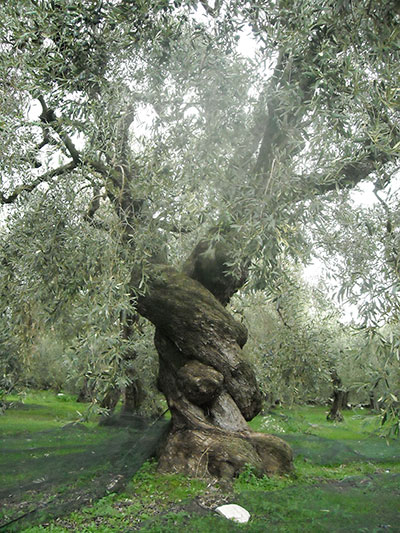 Nephi’s mentioning of the testimony of “the two nations” that would “run together” brings to mind the passage in Ezekiel 37 well-known to Latter-day Saints. “The word of the Lord came again unto me, saying, Moreover, thou son of man, take thee one stick, and write upon it, For Judah, and for the children of Israel his companions: then take another stick, and write upon it, For Joseph, the stick of Ephraim, and for all the house of Israel his companions: And join them one to another into one stick; and they shall become one in thine hand” (Ezekiel 37:15–17).

Latter-day Saints have traditionally interpreted the two sticks (in Hebrew literally “tree” or “wood”) as being the Bible and the Book of Mormon. Looking further at the context of Ezekiel 37, one finds that these sticks are symbolic of the tribes of Israel being consequentially reunited and restored.1 “And I will make them [the sticks of vv. 16–17, 19] one nation in the land upon the mountains of Israel; and one king shall be king to them all: and they shall be no more two nations, neither shall they be divided into two kingdoms any more at all” (Ezekiel 37:22). 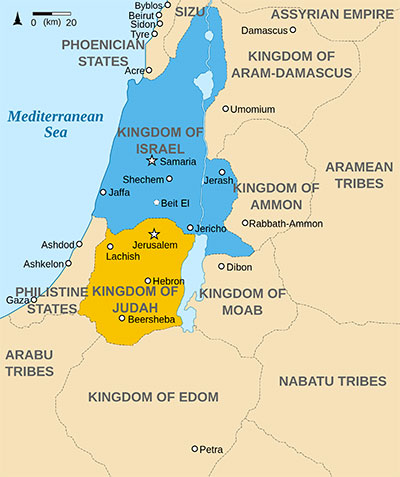 After the days of Solomon, Israel divided into two kingdoms—the Kingdom of Judah in the south, and the Kingdom of Israel in the north, where the lands of Ephraim and Manasseh (sons of Joseph) were found. Lehi was from the tribe of Manasseh. Prophets such as Ezekiel, who was taken from Jerusalem to Babylon shortly after the time when Lehi departed into Arabia, looked forward to a time when all the broken parts of the two kingdoms of Israel would be reunited, physically and spiritually.

In addition to symbolizing the records and tribes, the sticks that Ezekiel prophetically uses may also symbolize the ability of the Lord to shepherd and rule over these kingdoms. Zechariah 11:7 speaks of the Lord taking “two staves,” or shepherd’s staffs. One he called “Beauty” (or Favor) and the other “Bands” (or Union), and with them he fed his flock. But then he cut the one staff, that he might break the covenant he had made with the people (Zechariah 11:10), and he cut the other that he might break the brotherhood between Judah and Israel (Zechariah 11:14). While there is no general consensus on the date of this part of the book of Zechariah, it seems to include an early reference to the scattering of Israel and then forward to the reunion and reestablishment of God’s people. 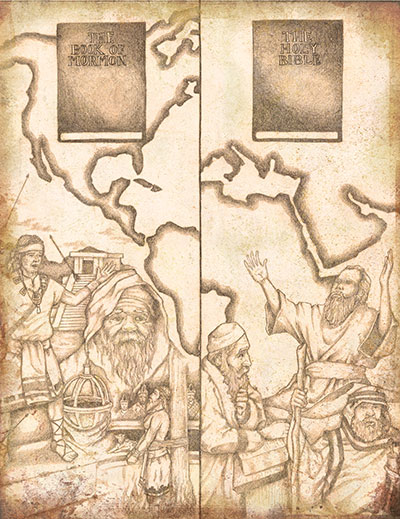 Nephi specifically stressed that the Jews and the Nephites would both produce records (the Bible and the Book of Mormon, respectively) that would come together to “show unto them that fight against my word and against my people, who are of the house of Israel, that I am God, and that I covenanted with Abraham that I would remember his seed forever” (2 Nephi 29:14). This covenant included the promise that Abraham’s seed would become great, receive the gospel of salvation, and inherent a land of promise (Genesis 17:1–8; Abraham 2:9–11). The Bible and the Book of Mormon together affirm that this will in some way transpire for modern remnants of the House of Israel. 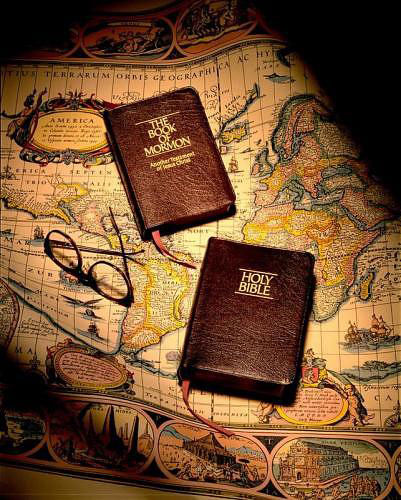 Nephi understood that multiple witnesses were crucial to authenticate his teachings. He therefore enlisted prophets such as Isaiah and his own brother Jacob, and evidently other allies such as Ezekiel and Zechariah, as witnesses to his teachings concerning the Messiah and the redemption of Israel.2 In doing this, Nephi was keeping in harmony with biblical law, which stipulated the need for witnesses (both mortal and divine) to properly execute legal decisions and authenticate religious claims (cf. Deuteronomy 17:6; 19:15; Matthew 18:16; 2 Corinthians 13:1; Hebrews 10:28; 1 Timothy 5:19).3

Further, Nephi alluded to the history of Israel and the divided monarchy that would have been known to and meaningful for his own people. Coming from one of the tribes of the northern kingdom of Israel, these prophetic promises would have reassured Nephi’s people that God would not forget them and that they would be restored and reunited.

On yet another level, this example of multiple testimonies from different sources encourages modern people to search for truth in more than just one book or source. “Wherefore, because that ye have a Bible ye need not suppose that it contains all my words; neither need ye suppose that I have not caused more to be written” (2 Nephi 29:10). While this verse particularly applies to the Book of Mormon, its meaning expands beyond even the Nephite record to all books and other sources of edification and enlightenment (cf. Doctrine and Covenants 88:118).