Why Did Zenos Give So Many Details about Raising Good Olives? 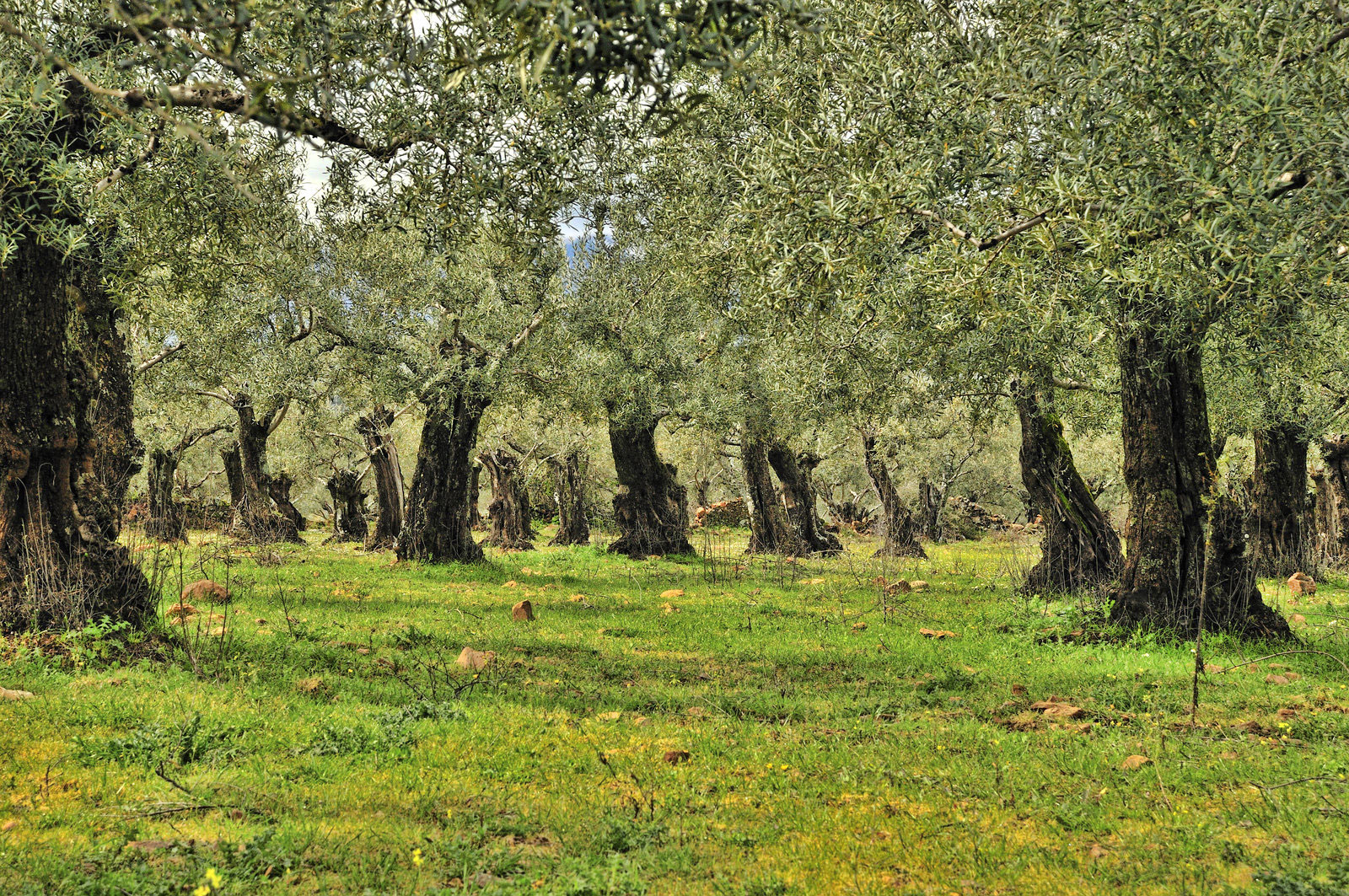 The allegory of the olive tree (Jacob 5) is one of the most famous chapters in all of Latter-day Saint scripture. This prophetic fable yields a rich harvest to careful readers who have mined it for meaning. Readers from all walks of life have found its symbolism meaningful and edifying; however, some may wonder whether the story accurately depicts practices and scientific realities associated with growing and cultivating olives in the Mediterranean and what those details may symbolize.

Wilford M. Hess, a professor of botany (the scientific study of plants) at BYU, found that while there were a few unusual details, in several ways the allegory was consistent with established botanical principles for growing and cultivating olives.1 Hess later teamed up with additional researchers to further explore the botanical aspects of this great extended parable.2 Hess’s original research was greatly expanded upon as the researchers were able to address 56 questions about the allegory and olive cultivation.3 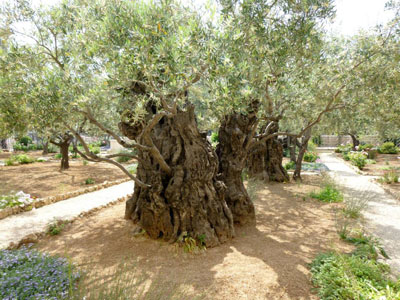 “Nearly all of the allegory in Jacob 5,” they concluded, “corresponds exceptionally well with both ancient and modern botanical principles and horticultural practices.” As such, “It is hard to imagine that its author was not personally familiar with the minute details and practices involved in raising good olives in a Mediterranean climate.”4

This is significant, since according to Hess, “Joseph Smith probably had little knowledge of olive trees in New York, as they will not grow in the northeastern United States.”5 While there was some information available in the Bible and other books from Joseph Smith’s time, the details were sparse.6

For example, central to the allegory is grafting, a technique for propagating olives which involves taking branches from one tree and inserting them into another. Hess explains, “the olive tree is among the easiest of trees to propagate, and it is very easily grafted. This principle is still extensively used today.”7 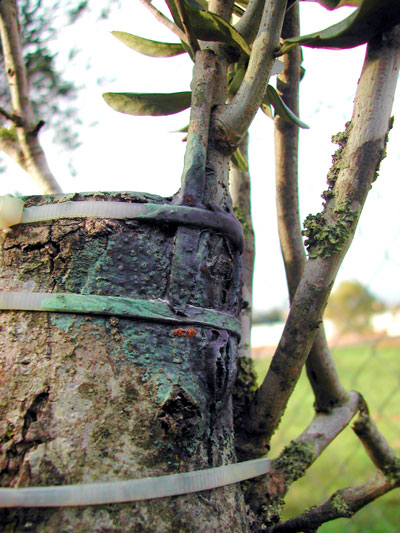 Jacob 5 describes a variety of different grafting scenarios. Crucial to the allegory is the grafting of branches from a wild olive tree into the roots of the tame but decaying tree with the hope of reviving the Master’s favored tree (Jacob 5:7–10, 17, 34). Hess and his collaborators included this as one of three more unusual practices described in the Zenos’s story.8 Yet it is neither impossible nor unprecedented. They explained:

Although it would also have been unusual for an olive grower to graft wild branches onto a tame tree, circumstances exist when it makes good sense to do so. Due to the vigor and disease resistance of certain wild species, grafting wild stock onto a tame tree can strengthen and revitalize a distressed plant.9

Consider, in this light, the servant’s words in Jacob 5:34: “Behold, because thou didst graft in the branches of the wild olive tree they have nourished the roots, that they are alive and they have not perished,” and hence the master could see the tree was “good.”

Many other elements in the allegory also draw meaningfully on a real life understanding of the delicate task of raising over many years and generations valuable crops of high quality olives. These elements include transplanting tender young branches, balancing the growth of the branches with the roots, nourishing, digging about, burning prunings and weeds, preventing decay and withering away, and laboring in teams at harvest time.10 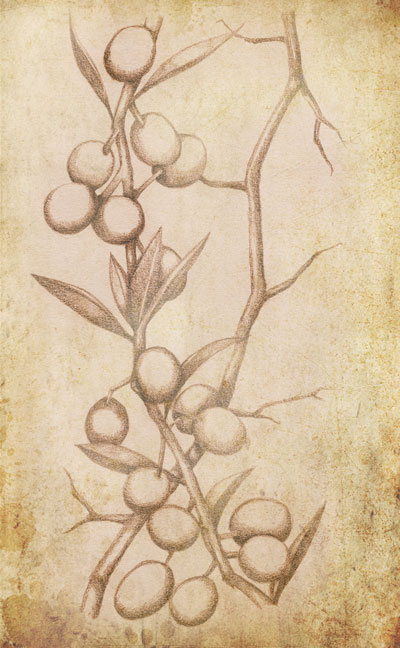 Allegories are powerful stories, useful for teaching because they make lofty or complicated concepts relatable and understandable. In its original context, Zenos’s allegory resonated with his Israelite audience because they were familiar and experienced with olive cultivation.11 Jacob’s audience probably would not have known as much about raising slow-growing and climate-sensitive olive trees, but they would have related to the allegory because they saw themselves as a branch of the house of Israel, broken off from the mother tree and placed in a far corner of the vineyard (Jacob 5:14).

Even without understanding all the nuances of botany and olive cultivation, readers today can learn a great deal from Zenos’s allegory and Jacob’s application of it in his own teachings. Still, understanding technical botanical principles and best agricultural practices can deepen awareness of and appreciation for the precise gospel lessons embedded within this sweeping metaphor.

For example, knowing that it was highly unusual to graft wild branches into a domesticated tree teaches about the extent and effort the Lord makes to reclaim His lost children. Hess and co-authors explained: 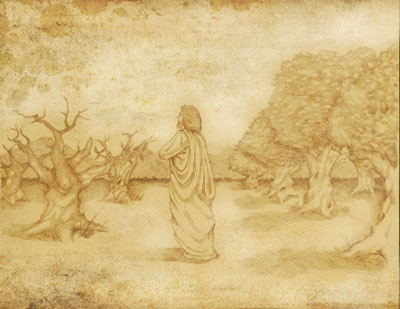 Zenos’s allegory portrays the Lord of the vineyard as somewhat exasperated, trying all available options to revive his old, beloved tree, including the extraordinary step of experimenting to see if any good might come by grafting wild stock onto the branches of the natural tree. Although doing this would have been an unconventional, perhaps even desperate measure, the Lord will spare no effort to obtain again the desired fruit from his choice plant.12

Just as the Lord of the vineyard would stop at nothing to reclaim his favored tree, so too will Heavenly Father go to great lengths to reclaim His lost children, even resorting to unconventional, desperate, and perhaps even counterintuitive methods in hopes of implanting His love in their hearts, hoping that it may take root.