Why Did Martin Harris Consult with Scholars like Charles Anthon? 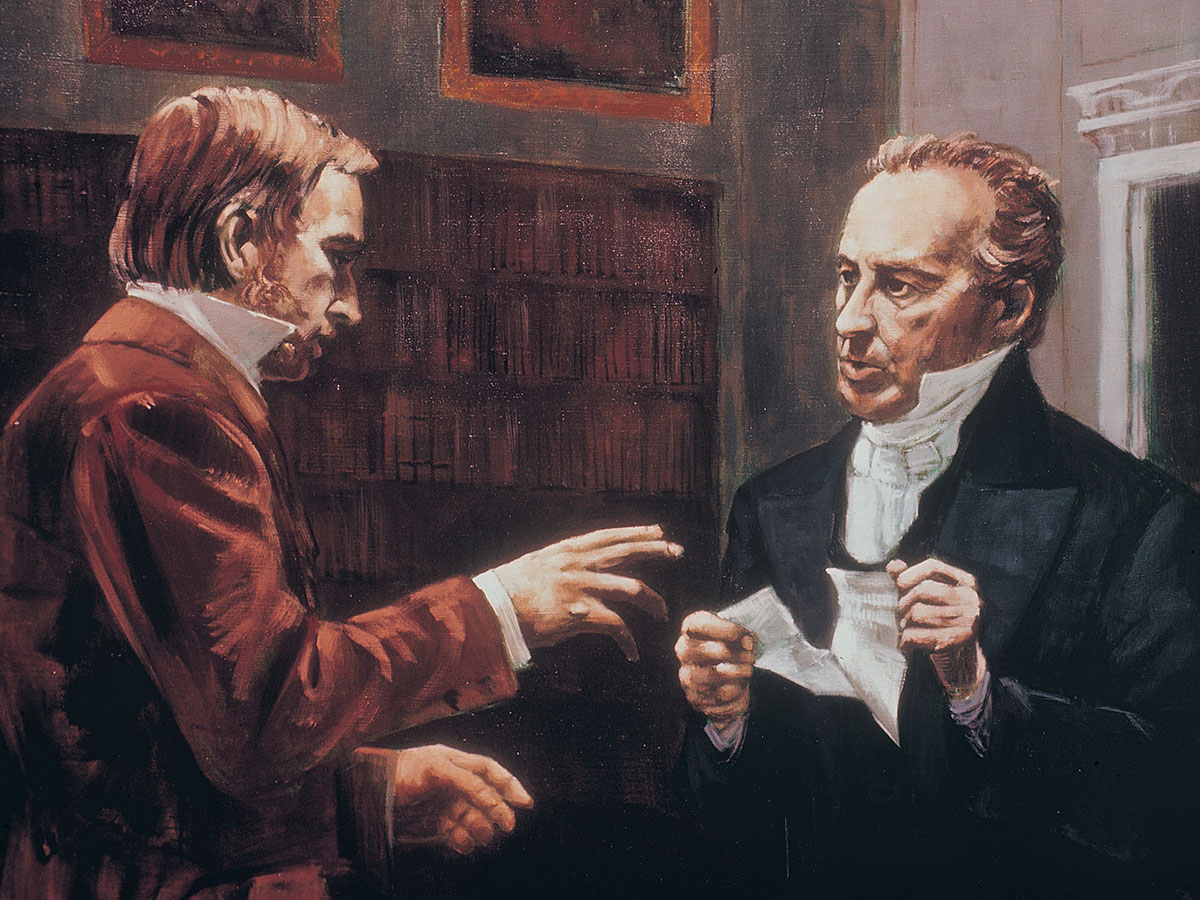 Martin Harris visiting Charles Anthon via lds.org
“Take these words which are not sealed and deliver them to another, that he may show them unto the learned, saying: Read this, I pray thee. And the learned shall say: Bring hither the book, and I will read them.”

After four years of spiritual preparation with the angel Moroni, Joseph Smith retrieved the golden plates of the Book of Mormon in the early morning hours of September 22, 1827 (Joseph Smith–––History 1:59).1 When he first recovered the plates, Joseph began puzzling over the characters thereon. He apparently couldn’t make sense of them himself. Joseph’s mother Lucy recalled that not long after he received the plates, “Joseph began to make arrangements to accomplish the translation of the record.” The first step, “which he was instructed to take in regard to this matter,” was to make a copy of some of the characters “and send them to some of the most learned men of this generation and ask them for the translation.”2

For this reason, Joseph began copying characters from the plates shortly after retrieving them “to find someone other than himself who was able and willing to translate [them].”3 These efforts led to the now-famous incident between Martin Harris and Charles Anthon as recounted in Joseph Smith’s history (JS–History 1:63–65).

But there is more to the story than what is recounted in Joseph Smith’s history canonized today in the Pearl of Great Price. In fact, Martin Harris is known to have consulted with additional scholars besides Charles Anthon. Although Anthon was a pivotal player in this episode, he was not alone.

Image of the Caractors Document. Image via The Joseph Smith Papers.

When Harris was given the transcript of the characters from the Book of Mormon plates prepared by Joseph Smith, he apparently was not instructed “precisely which linguists he was to see,” and so “was left to make those decisions himself.”4 Later sources identify Luther Bradish, “a lawyer, linguist, diplomat, and statesman,” as the first scholar contacted by Harris.5 Bradish, much like Harris himself, was once a prominent citizen of Palmyra, New York (by the time Harris visited him in 1828 he was living in Albany). As a matter of fact, the Harris and Bradish families “were well acquainted with each other, and it is reasonable to conclude that Harris and Luther had crossed paths several times before. In other words, Bradish would have been a friendly first stop for Harris on his trip east and someone who might direct him on who else to see.”6

There is a very understandable reason why Harris would have wanted to show Bradish some of the “reformed Egyptian” characters from the Book of Mormon plates (Mormon 9:32). Bradish had travelled extensively in Egypt and the Middle East between the years 1819–1825. During his travels, Bradish came to know “several key archaeologists . . . who were then excavating and removing all kinds of Egyptian treasures and artifacts. . . . During his stay in the Middle East, Bradish had also become conversant with several of the native languages in the region, at least well enough to get by, and had become familiar with Egyptian hieroglyphs.”7

The details of Harris’s visit with Bradish are unfortunately not known. In any case, after visiting with Bradish, Harris then met with the scholar Samuel L. Mitchill.8 A learned and well-respected naturalist, Mitchill had taken an interest in “anthropological and linguistic studies of local Indian tribes”9 in New York state, with “Indian hieroglyphics and illustrations of Indian mounds . . . [being] subjected to his critical knowledge for opinion.”10 It is likely that Harris consulted with Mitchill precisely because Joseph Smith had been led to uncover an ancient record “giving an account of the former inhabitants of this continent and the source from whence they sprang.”11

Mitchill would have taken extreme interest to just such a record. According to one contemporary source, during Harris’s consultation Mitchill “compared [the characters] with the hieroglyphics discovered by Champollion in Egypt—and set them down as the language of a people formerly in existence in the east but now no more.”12 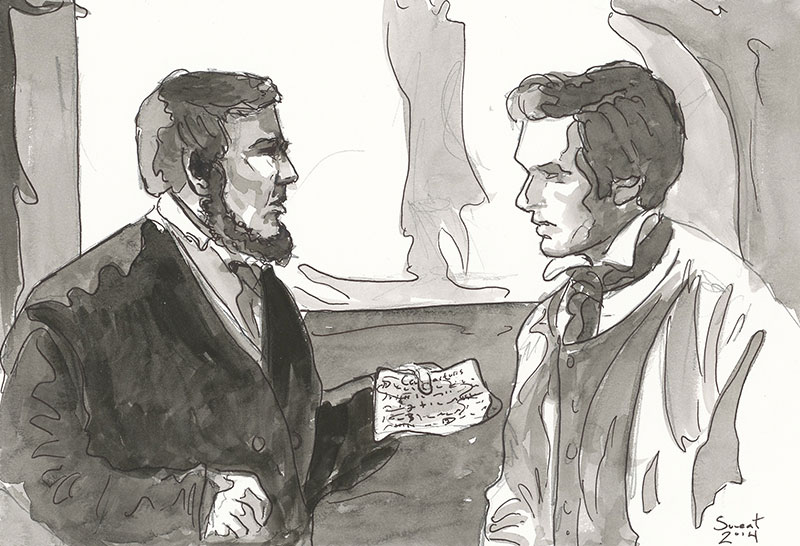 Mitchill, in turn, recommended that Harris visit Charles Anthon, a professor at Columbia College in New York City. A brilliant classicist fluent in Greek, Latin, German, and French, Anthon received Harris and agreed to examine the transcript of characters prepared by Joseph Smith. Exactly what Anthon said after his examination is difficult to know, since Harris and Anthon left contradictory accounts of the incident. Harris, of course, remembered Anthon pronouncing the characters genuine but then quickly dismissing the affair by protesting “I cannot read a sealed book” when informed that the source of the characters (the gold plates) was not available for scholarly examination because “an Angel of God” had revealed it.13

Anthon, on the other hand, repeatedly denied ever endorsing the authenticity of the characters and claimed to have warned Harris that he was being taken in by a con job.14 A plausible scenario that could account for this conflicting testimony is that Anthon initially believed the characters could be authentic and expressed interested in them but quickly backed away after the Book of Mormon was printed and his name became associated with a national religious scandal.15

One thing, however, is very clear. “Whatever Harris gleaned from these leading scholars, if he left Palmyra wondering and inquiring, he returned home supporting and defending the translation of the Book of Mormon.”16 Not only that, he and Joseph Smith saw in Anthon’s now-famous declaration (“I cannot read a sealed book”) as fulfilment of the prophecy in Isaiah 29:11–14. As Joseph Smith narrated in his 1832 history,

We proceeded to copy some of [the characters], and he [Martin Harris] took his journey to the eastern cities and to the learned, ​saying, “Read this, I pray thee.” And the learned said, “I cannot. But if he would bring the plates, [I] would read it.” But the Lord had forbid it and he returned to me and gave them to ​me ​to​ translate. And I said, “I cannot for I am not learned.” But the Lord had prepared spectacles to read the book. Therefore, I commenced translating the characters and thus the prophecy of Isaiah was fulfilled.17 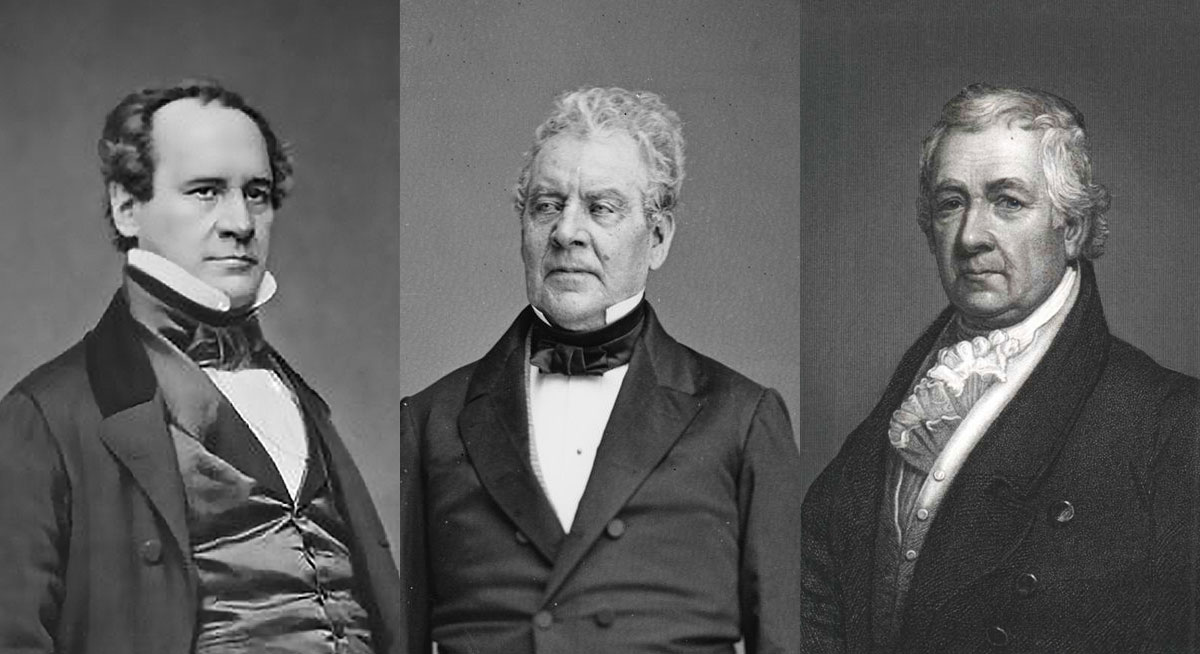 In a letter to W. W. Phelps, Oliver Cowdery indicated that on the first night of his appearance on September 21, 1823, the angel Moroni informed Joseph Smith that the prophecy in Isaiah 29:11–14 needed to be fulfilled before the Book of Mormon could be translated, “for thus has God determined to leave men without excuse.”18 Early members of the restored Church of Jesus Christ thus came to understand Martin Harris’s consultation with scholars, particularly Charles Anthon, as having portentous significance for the work of the Restoration in the latter days.19

Whatever he may have come to think about the Book of Mormon, Anthon (perhaps unwittingly) helped fulfill the prophecy in Isaiah 29. His dismissive response to Harris may have been an attempt at being clever, but his words would come to inspire Harris and later millions of believers around the world to accept the authenticity of the Book of Mormon.

Besides this, Harris’s consultation with scholars, on the behest of Joseph Smith, reveals the Prophet’s learning process. His ability to translate the Book of Mormon ultimately came by the gift and power of God, but Joseph nevertheless employed “secular” means to aid his efforts. “Though generations of Mormons saw the outcome of Harris’s trip to New York City to be the fulfillment of prophecy and a catalyst for Joseph Smith’s miraculous translation,” observes historian Michael MacKay, “the impetus for the trip was of a secular nature. . . . [T]he characters on the plates were not just the object of Joseph’s miraculous translation; some of the foremost scholars in ancient languages [at the time] examined the[m].”20

Joseph followed this pattern throughout his ministry as he studied biblical languages and the Egyptian papyri associated with the translation of the Book of Abraham.21 Revelation directs us to follow the Prophet’s example by utilizing the tools of scholarship as we seek to uncover and understand divine truth (D&C 88:118). As President Russell M. Nelson taught, “Good inspiration is based upon good information.”22

Through this process Joseph gained confidence and learned to proceed independently. The characters Joseph prepared for Martin Harris were shown to some of the most learned men of their day and yet none of them could do much more than offer speculation about their antiquity and nature. This showed Joseph that he could not rely solely on the word of scholarly consensus.23 Since secular knowledge is always developing with new discoveries and the articulation of new theoretical paradigms, scholarship will always have its limits. As Nephi taught centuries ago, “To be learned is good if [one] hearken[s] unto the counsels of God” (2 Nephi 9:29).

The consultation with scholars also served to assure Martin Harris. Although the reactions of these learned men varied, Harris was satisfied enough with their replies to further assist with the translation and publication of the Book of Mormon. He served as scribe, financier, and witness of the Book of Mormon, all at great personal sacrifice.24

Besides shouldering the financial burden of printing the Book of Mormon, from which he never fully recovered, Martin’s once-sterling reputation suffered as a result of his undeviating faith in Joseph Smith after his trip to Mitchill and Anthon in New York City. His family and friends were “generally repulsed by his enthusiasm for a young man whose purported visions upset the greater Palmyra community. Friends advised him to cease espousing Joseph’s schemes. When Martin refused, they pronounced him deceived, if not deranged. . .. Yet he continued to side with Joseph Smith and risk further harm to his now spoiled reputation,”25 all the while knowing in his heart and in his mind the truthfulness of the work he was engaged in.

This KnoWhy was made possible by the generous contribution of Thomas W. Sederberg