Why Did Jesus Mix Together Micah and Isaiah? 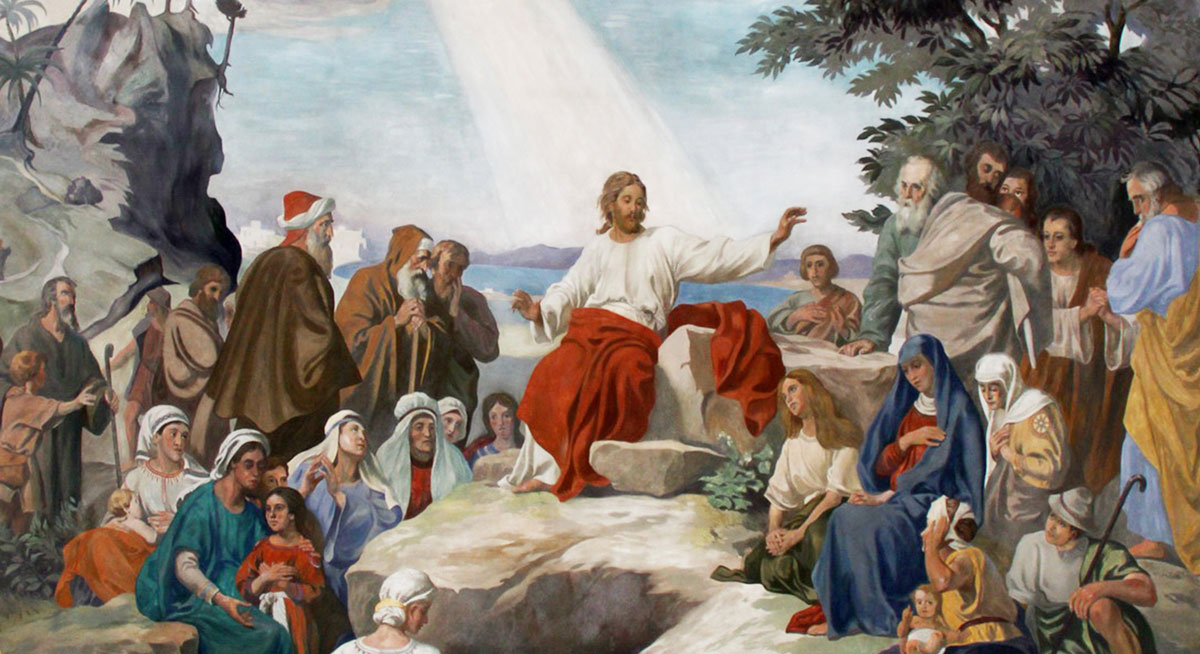 Oberwinkling St. Wolfgang, Mattana
"And behold, ye are the children of the prophets; and ye are of the house of Israel; and ye are of the covenant which the Father made with your fathers, saying unto Abraham: And in thy seed shall all the kindreds of the earth be blessed."

On His second day among the Nephites, reported in 3 Nephi 20:10–23:5, Jesus quoted extensively from Micah and Isaiah, so much so that exactly half of the verses in the speech come from these prophets.1 These quotations often make the sermon difficult to follow.2 Yet these quotations stress the importance of covenants, which was exactly the principle Christ was teaching in what Victor Ludlow has called “The Father’s Covenant People Sermon.”3

This assertion is borne out by the repetition of specific words and phrases.4 For example, in these two chapters alone, the word “covenant” appears 16 times, “the Father” appears 39 times, and “the people” appears 35 times, indicating that the discourse revolves emphatically around the Father’s covenant with his people, the house of Israel.5

Jesus began the speech by mentioning that part of God fulfilling his covenant with Israel would be that Israel would be gathered and the descendants of Lehi would receive their inheritance in the Americas (3 Nephi 20:12–14). Jesus quoted from Micah 5:8-9, and 4:12–13, to explain the destruction that the covenant people will bring upon the Gentiles who reject that covenant (in 3 Nephi 20:15–20).6 He emphasizes that establishing His people in the New World was one way in which God would fulfill His covenant with Abraham and Jacob. God would bless the whole world, including the Gentiles, through his covenant people (3 Nephi 20:21–29). 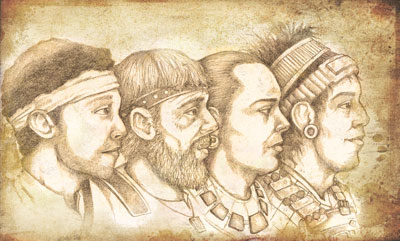 Christ used Isaiah 52:1–3, 6–15 in the same way. Christ said that when the people of the Old World accept Him and His new covenant, Christ will “give unto them Jerusalem for the land of their inheritance” (3 Nephi 20:31–33). Christ will bless them with the blessings of the covenant by freeing Jerusalem from slavery or “redeeming it.”7 Christ will do this by “making bare his holy arm,” or fighting, for Jerusalem, such that the entire earth will know that God has brought salvation to His people, living up to His end of the covenant (v. 34–35).8 Those who are not part of the covenant, who are metaphorically referred to as “the uncircumcised,” will not be able to enter Jerusalem (v. 36).9 Christ will fulfill His covenant to free the people from the symbolic slavery they have labored under, and Jehovah will be their king (vv. 37–40).10

Even the structure of the speech connects it to covenants. This speech, like many others in the Book of Mormon, is chiastic, and in chiasms, the center point is often the most important.13 The central point of this sermon is the sign of God’s covenant with His people, the coming forth of the Book of Mormon. This signifies that God’s covenant with His people is the main point of the speech. This structure and the centrality of covenants begins to make sense of the seemingly choppy use of Micah and Isaiah.

The chiasm is as follows:14

As Christ concluded this instructive speech, He spoke about something that applies directly to people living in the world today. He explained that if the Gentiles joined the covenant, they would assist in the gathering of Israel, allowing God’s covenant to be fulfilled (3 Nephi 21:22–29).15

In 3 Nephi 22:1–23:5, Christ then quoted Isaiah 54 to reassure His people of the everlasting nature of His covenant with them and to speak warmly of the many blessings that will be given to covenant keepers. He reminded them that “the mountains shall depart and the hills be removed, but my kindness shall not depart from thee, neither shall the covenant of my peace be removed” (3 Nephi 22:10). 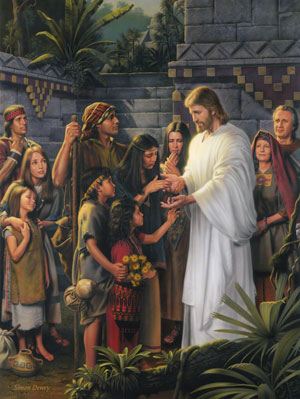 For some, Christ’s covenants with His people in the Old Testament and Book of Mormon may seem buried in the remote past, with little application to people today. However, Christ reminded his people that His covenants are eternal, and that the Gentiles of the latter days would actively participate in those covenants.

3 Nephi 20–22 persuasively illustrates that covenants are central to God’s dealings with his people in all periods of time. Even after all that the Nephites had done, Christ reminded His people that He had never forgotten the covenants He made with them, and that He never would. The center point of Jesus’s words on this occasion speak of the coming forth of the Book of Mormon in these the latter days as a sign that God has again set his hand to honor and fulfill the covenants he made with his covenant people in past dispensations.

As Jesus introduced Himself to the people gathered at the temple in Bountiful, he said, “Behold, I am Jesus Christ, whom the prophets testified shall come into the world” (3 Nephi 11:10). He drew significantly and purposefully from the prophetic writings of Micah and Isaiah, Israelite prophets who had lived about a hundred years before the time of Lehi. Jesus used those prophecies to show the Nephites that some of these prophecies remained yet to be fulfilled. He expounded and contextualized these prophecies clearly and brilliantly. He assured these people that He, His Father, and his covenant people would work together to bring to pass the Father’s glorious work. 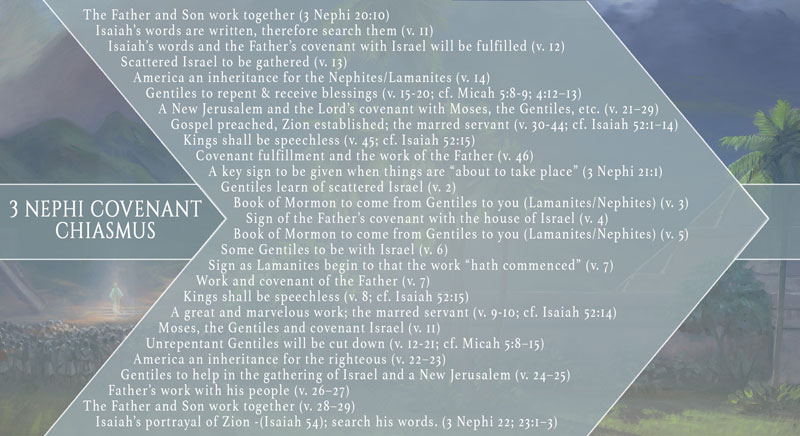