Book of Mormon Central / KnoWhys
Who is the Servant Spoken of by Christ? 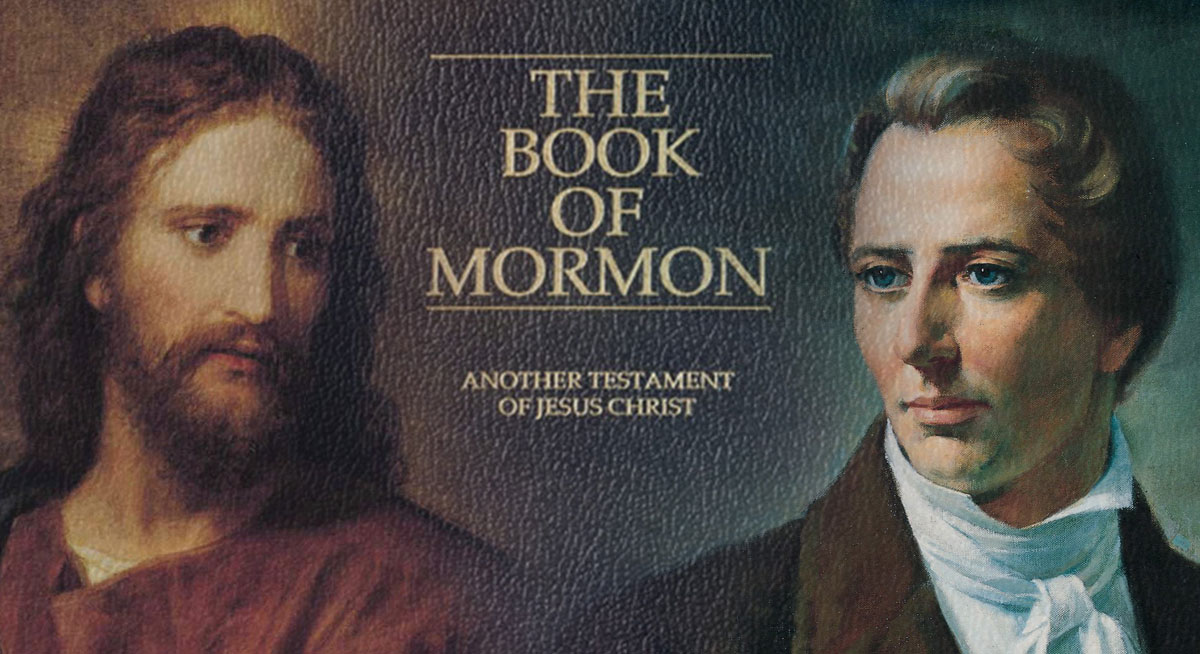 My Servant via Book of Mormon Central
"But behold, the life of my servant shall be in my hand; therefore they shall not hurt him, although he shall be marred because of them."

On His second day of visiting the people at Bountiful, Jesus Christ prophesied, “But behold, the life of my servant shall be in my hand; therefore they shall not hurt him, although he shall be marred because of them” (3 Nephi 21:10). The servant spoken of in this passage relates to four poems—known to biblical scholars as the “servant songs”—which are found in the book of Isaiah.1 Similar to 3 Nephi 21:10, the introduction to Isaiah’s fourth servant song speaks of a servant whose “visage was so marred more than any man” (Isaiah 52:14).

The servant in these poems “has variously been interpreted as referring to corporate Israel, a historical figure such as the prophet Isaiah, a royal servant, a priestly servant, or a second Moses.”2 Latter-day Saints have typically understood the servant as a reference to Jesus Christ or Joseph Smith.3 Some scholars have even proposed that “the servant can refer to both Israel and a number of individuals who have suffered and been persecuted while engaged in God’s work.”4 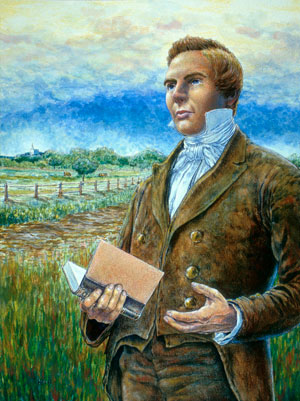 In addition to these interpretations, Gaye Strathearn and Jacob Moody have suggested that the servant mentioned in 3 Nephi 21:10 can be meaningfully interpreted as the Book of Mormon itself. They argued that Christ’s reference to the servant should be seen as part of a “single thematic unit, structured in a chiastic pattern and centering on the writings of Isaiah.”5 This literary unit focuses on the gathering of Israel, and at “the very heart of [its] chiastic structure” Jesus Christ described the coming forth of the Book of Mormon as a sign of the gathering.6

Strathearn and Moody proposed that in this context Jesus made “three deliberate statements that show his discussion of the Book of Mormon is in fact linked to the servant prophecy in the previous chapter.”7

The Servant will Cause Astonishment

In the first, Jesus quoted Isaiah 52:15, which depicts rulers being astonished at the servant’s message, “for that which had not been told them shall they see; and that which they had not heard shall they consider” (Isaiah 52:15). Christ then immediately added a latter day prophecy about the Book of Mormon, wherein the Father would provide a “great and a marvelous work” among the people which some would not believe, “although a man shall declare it unto them” (3 Nephi 21:9).8 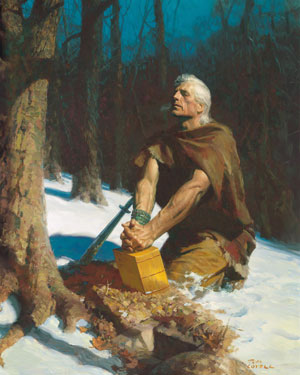 The Servant will be in My Hand

In His second statement, found in 3 Nephi 21:10, Jesus explicitly mentioned that the “life of my servant shall be in my hand.” This not only parallels the words “my servant” found in Isaiah 52:13, but it also thematically corresponds to Isaiah 53, which demonstrates that the Lord was aware of and perhaps able to remove the servant’s suffering, if He so desired (see Isaiah 53:10–11).9 Similarly, the Book of Mormon shall come forth “out of the earth … by the hand of the Lord, and none can stay it” (Mormon 8:26).

The Servant will be Marred

Christ’s third statement declared that “they shall not hurt” the servant “although he shall be marred because of them” (3 Nephi 21:10), just as Isaiah prophesied “his visage was so marred more than any man” (Isaiah 52:14). Even though the Book of Mormon has been repeatedly maligned by critics—metaphorically marring its appearance—the text’s influence, according to Strathearn and Moody, “continues to increase throughout the world.”10 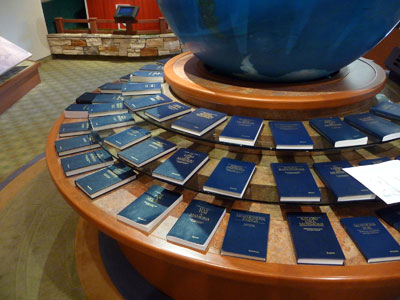 Immediately following this 3 Nephi statement, the Lord declared, “I will show unto them that my wisdom is greater than the cunning of the devil” (3 Nephi 21:10). Interestingly, in a context directly dealing with the Book of Mormon, this phrase is quoted verbatim in Doctrine and Covenants 10, thus adding even further evidence for a correlation.11

Strathearn and Moody suggested that in identifying the servant in Isaiah with the Book of Mormon, Jesus was “using a literary device called personification, which applies human attributes to inanimate objects.”12 This interpretation is not without merit, for in many ways the Book of Mormon can be seen as a type or symbol of Jesus Christ.

Richard Rust, for example, has concluded, “As with the fruit of the tree of life, the Book of Mormon itself is considered of great worth. Indeed, as the word of God, it figures Christ the Word. It is also a treasure, typifying Christ ‘in whom are hid all the treasures of wisdom and knowledge.’”13 Todd Parker has similarly described the coming forth of the Book of Mormon as “a typification, or a shadow, or a symbol, of the coming of Christ.”14

Following a chart developed by Robert Norman, Parker noted a series of similarities between Christ and the Book of Mormon. For instance, the coming forth of both Jesus Christ and the Book of Mormon was heralded by an angel. Both “came forth in a time of apostasy to restore truth.” Both were buried “in a stone receptacle.” Both came forth after “a stone was moved away.” An angel was sent to both to oversee their “coming forth from the tomb.” The first person to see both of them were “forbidden to touch them.” And the truthfulness of both were proclaimed by “twelve special witnesses.”15 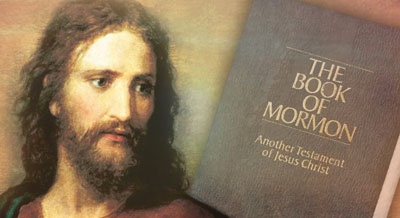 While theirs is not the only valid understanding of this text, Strathearn and Moody’s interpretation of 3 Nephi 21:10 certainly provides a rich and meaningful contribution.16 Recognizing that the Book of Mormon acts as a servant of the Lord amplifies the truth that it literally embodies the words of Christ (see 2 Nephi 33:10–11). Concerning the coming forth of the Book of Mormon, the Lord declared, “he that believeth not my words believeth not my disciples” (Ether 4:10) and similarly “he that will not believe my words will not believe me—that I am” (v. 12, cf. 3 Nephi 28:34).

Like Jesus Christ and Joseph Smith and so many other servants of the Lord, the Book of Mormon has been largely rejected, persecuted, and, in a sense, marred by the world. And yet, like all servants who are persecuted for His sake, the Lord’s hand upholds and supports the Book of Mormon so that it will ultimately withstand its enemies (see 3 Nephi 12:11, cf. Matthew 5:11). Elder Jeffrey R. Holland, has declared, 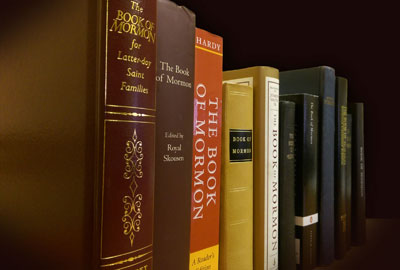 For 179 years this book has been examined and attacked, denied and deconstructed, targeted and torn apart like perhaps no other book in modern religious history—perhaps like no other book in any religious history. And still it stands. … I testify that one cannot come to full faith in this latter-day work—and thereby find the fullest measure of peace and comfort in these, our times—until he or she embraces the divinity of the Book of Mormon and the Lord Jesus Christ, of whom it testifies.17

Having been written at the command of Jesus Christ by servants of Jesus Christ, the Book of Mormon aptly functions as composite “servant” to convey the words of Christ. Concerning the authority of His servants to proclaim His words, the Lord has declared “whether by mine own voice or by the voice of my servants, it is the same” (Doctrine and Covenants 1:38).

Richard Dilworth Rust, “‘All Things Which Have Been Given of God . . . Are the Typifying of Him’: Typology in the Book of Mormon,” in Literature of Belief: Sacred Scripture and Religious Experience, ed. Neal E. Lambert (Provo, UT: Religious Studies Center, Brigham Young University, 1981), 233–244.