Why Did Helaman Compare Christ to a Rock? 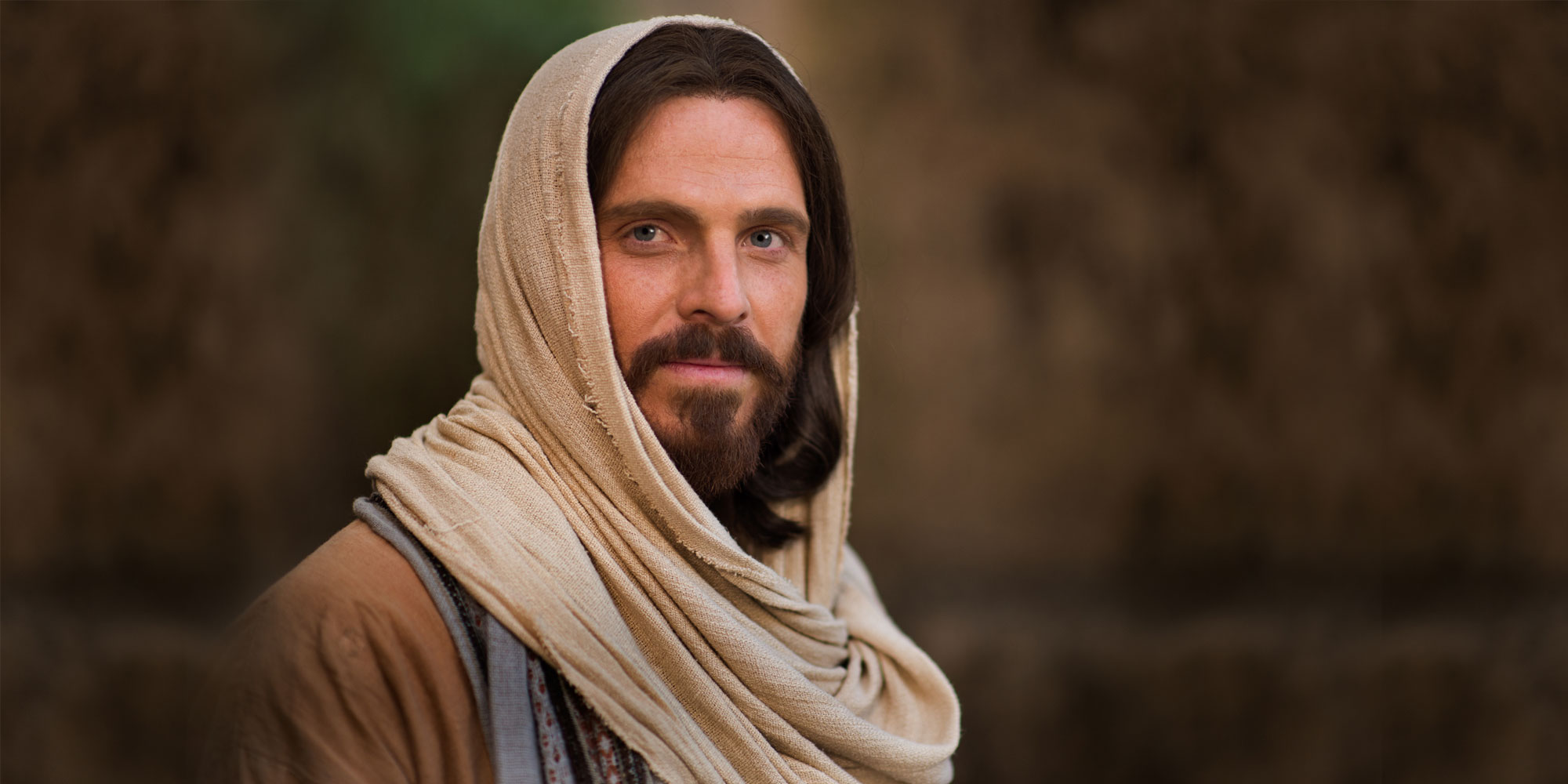 Portrait of Jesus Christ via lds.org
"And now, my sons, remember, remember that it is upon the rock of our Redeemer, who is Christ, the Son of God, that ye must build your foundation; that when the devil shall send forth his mighty winds, yea, his shafts in the whirlwind, yea, when all his hail and his mighty storm shall beat upon you, it shall have no power over you to drag you down to the gulf of misery and endless wo, because of the rock upon which ye are built, which is a sure foundation, a foundation whereon if men build they cannot fall."

Helaman 5 gives an account of how Nephi, the son of Helaman, gave up the chief judgment-seat to go with his brother, Lehi, to preach the word of God to the “stiffnecked” Nephite people (Helaman 5:1–4). The text implies that Nephi chose to do this because he remembered some words of counsel from his father, Helaman, who had implored his sons to remember several important ideas and principles—the word “remember/remembered” is used fifteen times in this chapter.

One of these important principles that they were to remember was “that it is upon the rock of our Redeemer, who is Christ, the Son of God, that ye must build your foundation” (Helaman 5:12). This phrasing is common in the scriptures and is highly reminiscent of the language of the first generation of Lehites, after whom Helaman’s sons were named.1 The first Nephi, the son of the patriarch Lehi, had often referred to the Lord as the “rock.”2 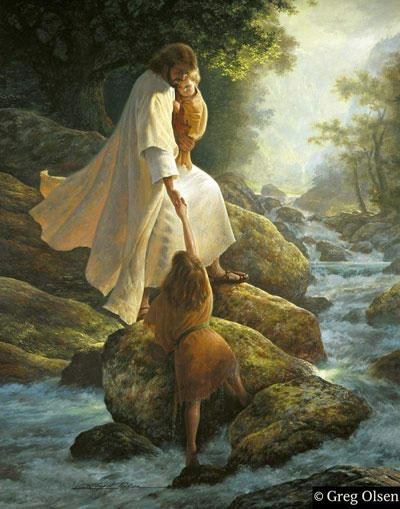 This idea of Christ being a stone or rock that serves as a refuge or place of safety is also common in the Old Testament. Books such as the Psalms, Isaiah, and Deuteronomy, that the Lehites would likely have had access to on the plates of brass, use similar language. Note the following verses, for example:

Be thou my strong habitation, whereunto I may continually resort: thou hast given commandment to save me; for thou art my rock and my fortress. (Psalm 71:3)

For in the time of trouble he shall hide me in his pavilion: in the secret of his tabernacle shall he hide me; he shall set me up upon a rock. (Psalm 27:5)

And a man [i.e. the messianic king and those who rule with Him] shall be as an hiding place from the wind, and a covert from the tempest; as rivers of water in a dry place, as the shadow of a great rock in a weary land. (Isaiah 32:2)

It is interesting to note that similar imagery is used as a warning to the wicked. They will need to hide themselves in the rocks in order to escape the wrath of the Lord when he comes to visit them in judgment. The Lord will bring a storm of lightning, hail, arrows, whirlwinds, and so on, to punish the wicked. A few representative verses include:

And the kings of the earth, and the great men, and the rich men, and the chief captains, and the mighty men, and every bondman, and every free man, hid themselves in the dens and in the rocks of the mountains; And said to the mountains and rocks, Fall on us, and hide us from the face of him that sitteth on the throne, and from the wrath of the Lamb. (Revelation 6:15–16)

Thou shalt be visited of the Lord of hosts with thunder, and with earthquake, and great noise, with storm and tempest, and the flame of devouring fire. (Isaiah 29:6) 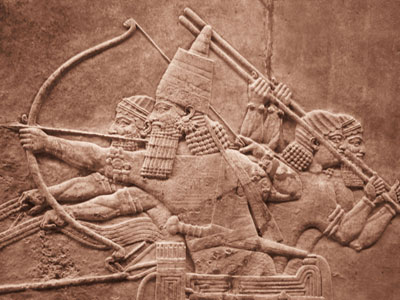 In these passages, it is the Lord who comes, in His wrath, with fire, hail, tempest and fury and the wicked must hide in the rocks. In Zechariah 9:14, the Lord is said to come specifically with “arrows” and with “whirlwinds.”3 This language is very similar to what Helaman says of Satan: “when the devil shall send forth his mighty winds, yea, his shafts [arrows] in the whirlwind, yea, when all his hail and his mighty storm shall beat upon you” (Helaman 5:12). There are examples in the Bible where it is not the Lord Himself who comes in this manner. Isaiah 28:2 reads:

Behold, the Lord hath a mighty and strong one, which as a tempest of hail and a destroying storm, as a flood of mighty waters overflowing, shall cast down to the earth with the hand.4

The verse does not specify to whom the Lord is referring, but the context indicates that the “mighty and strong one” is a reference to the Assyrian army, or perhaps to a specific Assyrian king whom the Lord is allowing to punish the rebellious northern kingdom of Israel (cf. Isaiah 10:5–6). The interesting thing to note, for our purposes, is that Isaiah 14 creates a parallel between a prideful king of Assyria and Lucifer (Isaiah 14:12: “How art thou fallen from heaven, O Lucifer, son of the morning!”).5

Satan often impersonates or imitates God in His different capacities. One striking example is in the Book of Moses 1:12–22, where Satan “came tempting” Moses, asking him to worship him, after Moses had just seen God in His great glory. When Moses refused, recognizing the difference in glory between God and Satan, the Evil One ranted and cried out: “I am the Only Begotten, worship me” (Moses 1:19). Moses continued resisting and called upon God, and then “Satan began to tremble, and the earth shook” before he “departed hence” (Moses 1:21–22).

In the imagery of the Hebrew Bible, the rocks are a place of refuge and safety from storms, hail, and arrows in the whirlwind, and the Lord is ultimately the rock and refuge of Israel. Scriptures such as Isaiah 25:4 describe Jehovah as a place of refuge from the storm, when times of trouble arise. Others, such as Isaiah 28, depict the Lord as the cornerstone of the temple, a sure foundation upon which to build. The imagery common to these passages, that the Lord is the Rock, inspires faith in the idea that despite all that the Adversary has to throw at believers, they can seek refuge and safety in Christ.  They can be sure that if they build their lives upon Him, His Atonement, and His Gospel, they will be building on a safe and secure foundation. 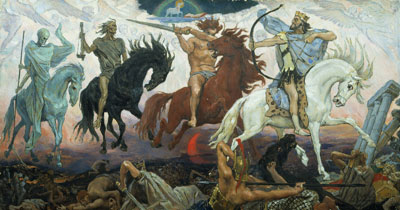 In Helaman 5:12, Helaman described a situation in which Satan, instead of the Lord, is coming in wrath with storm, hail, and arrows in the whirlwind, in order to attack not the wicked, but the righteous. Satan has co-opted this function of Deity and attacks the righteous with all of his infernal power. Under these circumstances, Helaman desired that his sons, Nephi and Lehi, remember the important scriptural principle, one repeated many times in the words of prophets both from the Old World and the New, that Christ is the Rock a place of refuge, safety and stability. It is likely that Helaman would have expected that the imagery he used would have brought up many related scriptural passages to their minds, such as those discussed above.

Helaman’s words share this common background together with Jesus’ concluding parable of the wise man who built his house upon the rock. In 3 Nephi, Jesus declared that those who adhere to His doctrine and do the things that He commanded will be building upon His rock, “and the gates of hell shall not prevail against them” (3 Nephi 11:39; cf. 14:24; 18:12–13).

As Nephi and Lehi went out to preach the gospel among a hardhearted people, they knew that Satan would do his best to tempt, discourage, and destroy them. They chose to rehearse these powerful words of their father in order to remind themselves in whom they could trust and upon what foundation they could build their spiritual house so that it would never be moved out of its place.

Elder Neil L. Andersen of the Quorum of the Twelve Apostles recently admonished:

Don’t let the whirlwinds drag you down. … Build more firmly your foundation upon the rock of your Redeemer. … Embrace more deeply His love, His mercy and grace, and the powerful gifts of His Atonement. As you do, I promise you that you will see the whirlwinds for what they are—tests, temptations, distractions, or challenges to help you grow. And as you live righteously year after year, I assure you that your experiences will confirm to you again and again that Jesus is the Christ. The spiritual rock under your feet will be solid and secure.6