Why Did Ammon Borrow So Much from Tradition in Alma 26? 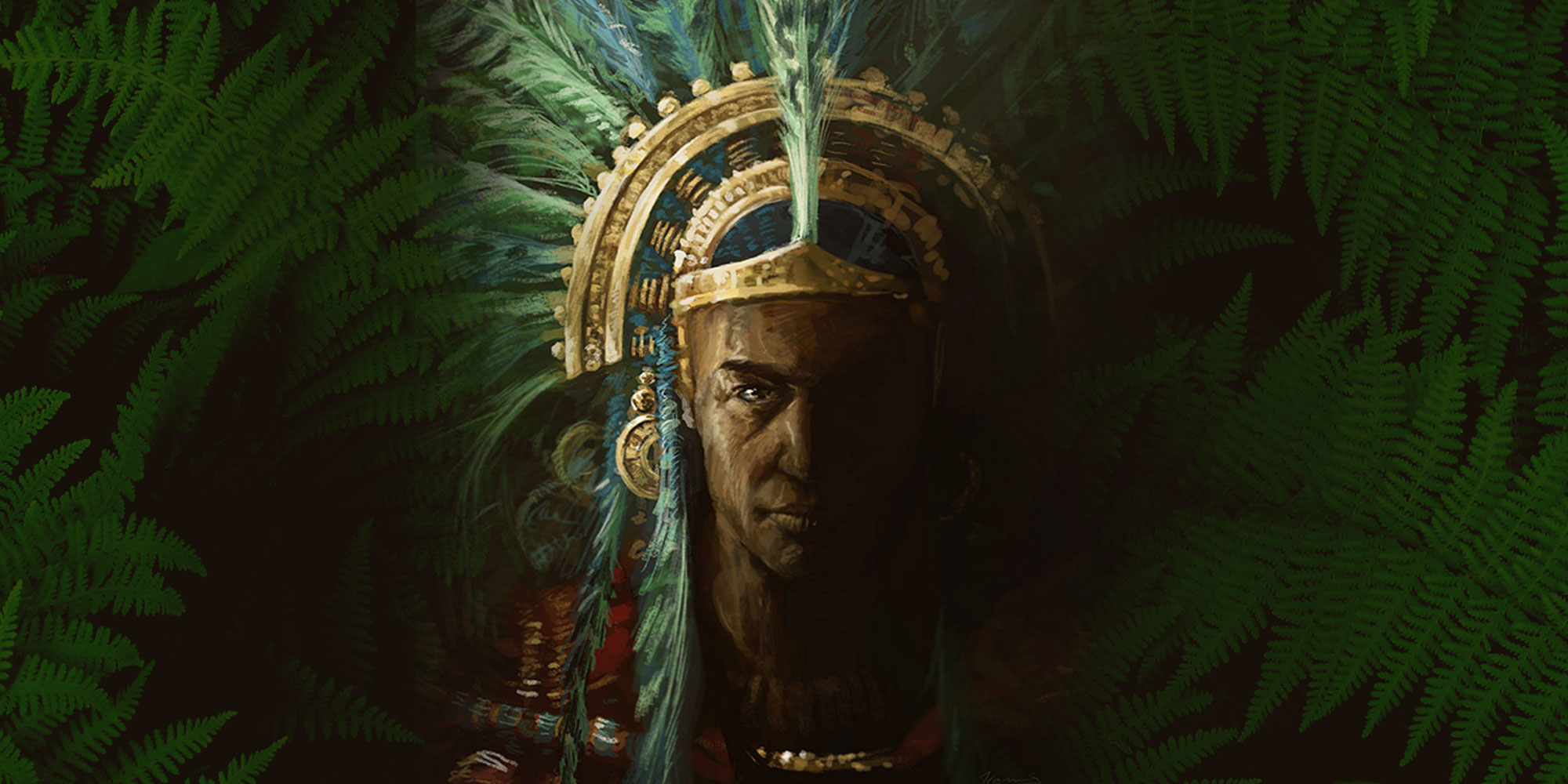 "Molitmoz" by Gonzalo Kenny
“Blessed be the name of our God; let us sing to his praise, yea, let us give thanks to his holy name, for he doth work righteousness forever”

Ammon’s words of rejoicing, praising and exulting God’s power found in Alma 26 provide readers of the Book of Mormon with insights into the man’s character and dedication to the Lord. He spoke with great passion and offered powerful praise. Many readers may not, however, be aware of the amount of material in his monologue that is borrowed from earlier sources

Ammon expressed the joy he felt in his fellow missionary brethren's accomplishments: “My brothers and my brethren, behold I say unto you, how great reason have we to rejoice; for could we have supposed when we started from the land of Zarahemla that God would have granted unto us such great blessings?” (Alma 26:1).

As Ammon continued, he used phrases from the scriptures, including words from earlier Nephite prophets and leaders. His glorying and praises are reminiscent of the biblical psalms, in which King David and others cry out to the Lord for deliverance and praise his name for his mercy and great blessings. He quoted from or paraphrased the words of Jacob, King Benjamin, and his friend, Alma the Younger.

In Alma 26:6–8, Ammon discussed how the Lamanite converts had been “gathered together in their place” so “that the storm cannot penetrate them.” The Lord would protect them from the “fierce winds” of the enemy, and Ammon sings praises and gives “thanks to his holy name.” Much of this language likely borrows from scriptural sources such as Psalms 106–107.1

For example, Psalm 107:23–31 talks about those that are lost at sea, caught in the “stormy wind.” The psalm goes on to describe their deliverance:

They reel to and fro, and stagger like a drunken man, and are at their wits’ end. Then they cry unto the Lord in their trouble, and he bringeth them out of their distresses. He maketh the storm a calm, so that the waves thereof are still. Then are they glad because they be quiet; so he bringeth them unto their desired haven. Oh that men would praise the Lord for his goodness, and for his wonderful works to the children of men! (Psalm 107:27–31)

In a similar strain, Psalm 106:47 petitions, “Save us, O Lord our God, and gather us from among the heathen, to give thanks unto thy holy name, and to triumph in thy praise.”2 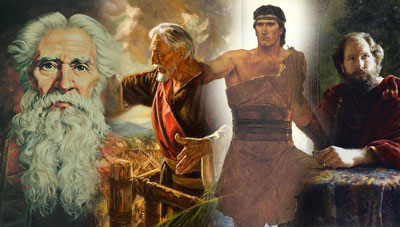 Ammon went on to praise his brethren for their hard work. “Behold, the field was ripe,” he declared, “and blessed are ye, for ye did thrust in the sickle.” This sounds very much like Joel 3:13, “Put ye in the sickle, for the harvest is ripe.”3

In Alma 26:36, Ammon blessed the name of God for being mindful of his people, "who are a branch of the tree of Israel, and has been lost from its body in a strange land” and are “wanderers in a strange land.” These words recall the teachings of Jacob, the brother of Nephi, who shared Zenos’s allegory of Israel as an olive tree and how the family of Lehi were a branch that was “cast out from Jerusalem,” becoming “a lonesome and a solemn people, wanderers” (Jacob 7:26; cf. Jacob 2:25; 5:25, 40–45).

He also borrowed words and themes from King Benjamin. For example, Alma 26:21 uses the term “natural man” known from Benjamin’s great speech (Mosiah 3:19). In Alma 26:35, Ammon recited a list of qualities of Deity from Mosiah 4:9, including the notions that God “has all power, all wisdom,” and that “he comprehendeth all things.”

Ammon paraphrased his friend Alma’s conversion story, of which Ammon himself was a participant. Alma had recounted: “I was in the darkest abyss; but now I behold the marvelous light of God” (Mosiah 27:29). Ammon applied these words almost verbatim when speaking of the conversion of the Lamanites. He stated: “For our brethren, the Lamanites, were in darkness, yea, even in the darkest abyss, but behold, how many of them are brought to behold the marvelous light of God!” (Alma 26:3).

The following are some of the verses in Alma 26 that can be seen as drawing on sacred words from Ammon’s past:

The presence of all of these scriptural quotations, paraphrases and allusions in Ammon’s words raises the question: why would Ammon borrow so much from past traditions as he expressed his own genuine feelings? There are many possible reasons. Here are few to think about.

Ammon’s familiarity with the scriptures and Nephite records is attested in Alma 18:36–38, where he rehearses and expounds on them for King Lamoni. The record states that:

He began at the creation of the world, and also the creation of Adam, and told him all the things concerning the fall of man, and rehearsed and laid before him the records and the holy scriptures of the people, which had been spoken by the prophets, even down to the time that their father, Lehi, left Jerusalem. …

And he also rehearsed unto them concerning the rebellions of Laman and Lemuel, and the sons of Ishmael, yea, all their rebellions did he relate unto them; and he expounded unto them all the records and scriptures from the time that Lehi left Jerusalem down to the present time.

Ammon was an heir to the Nephite throne in Zarahemla and would have been king if he had not refused to take the kingdom (Mosiah 29:3).  As a prince, Ammon would have been well taught in his family's royal traditions, including the teachings of his grandfather, King Benjamin, as well as those of his Nephite ancestors, such as Jacob. 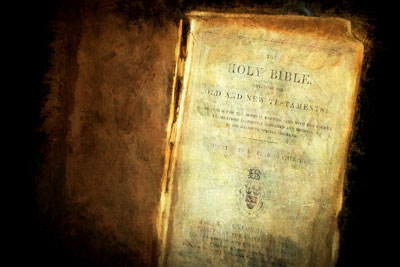 Ammon would have been instructed in the words of the holy scriptures, which were kept and maintained by his family, as well as the words of all of the Nephite prophets and kings. As was common in ancient times, Ammon would likely have had these holy records largely memorized, which explains how he was able to rehearse them so readily to King Lamoni and others. His royal background would also explain how he seemingly knew how to comport himself in a royal setting, in the court of King Lamoni.

The fact that Ammon was a royal figure may also explain why he used so much of the language of the Psalms, with their rejoicing and praising of Jehovah. The Psalms were traditionally understood to have been written by royalty, by King David and other important figures in ancient Israel’s monarchy. It was the royal figure, the representative of the people, that would have had the responsibility to lead in praise and thanksgiving for the people.4 This is the role that Ammon assumed in Alma 26.

Ammon is an example of a righteous man who stood firmly in the traditions of the faithful Nephites and was a missionary who had prepared himself well to be an instrument in God’s hands. His actions and words are a testament to a man who had studied and internalized the words of God and the righteous deeds of the past. He is an example to the people he taught and to all who read about him today.

Quinten Barney, "Samuel the Lamanite, Christ, and Zenos: A Study of Intertextuality," Interpreter: A Journal of Mormon Scripture 18 (2016): 159–70.

Ben McGuire, “Nephi and Goliath: A Case Study of the Literary Allusion in the Book of Mormon,” Journal of Book of Mormon and Other Restoration Scripture 18/1 (2009).