Who Are the Lamanites? 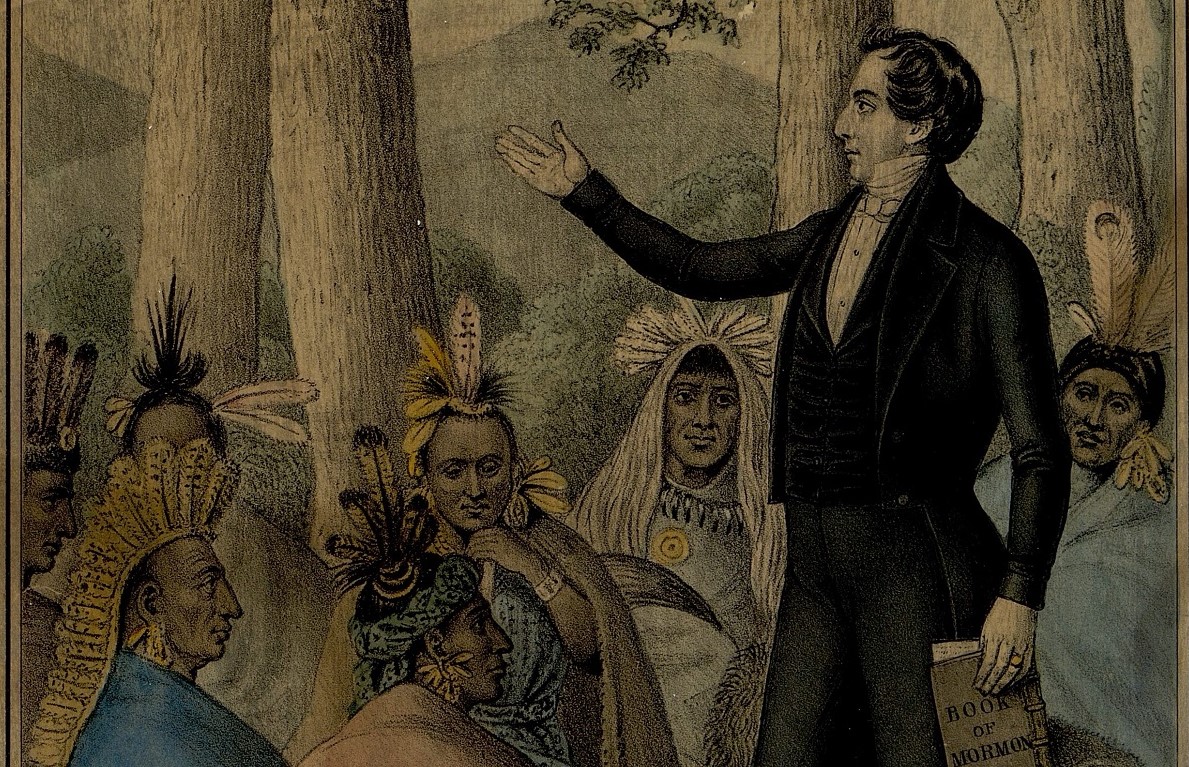 "Joseph the Prophet Addressing the Lamanites" by H.R. Robinson via josephsmithpapers.org
“And I, Nephi, did take the sword of Laban, and after the manner of it did make many swords, lest by any means the people who were now called Lamanites should come upon us and destroy us”

Lamanites in the Book of Mormon

Shortly after their arrival in the land of promise, Nephi’s family split over increased tensions, chief among them being misplaced concerns that Nephi sought political dominance over the clan (2 Nephi 5:3). Being warned by the Lord to flee his brothers (v. 4), Nephi took his family members and “all those who would go with [him]” and fled into the wilderness (vv. 6–8).1 After founding a city, “all those who were with [Nephi] did take upon them to call themselves the people of Nephi” (v. 9), while those who remained with Nephi’s treacherous brothers were designated Lamanites (v. 14).

As generations passed, this two-fold structure (Nephite/Lamanite) broke down further into a more varied ethnic landscape. Jacob, Nephi’s younger brother, explained that within the Nephite/Lamanite categories were “Nephites, Jacobites, Josephites, Zoramites, Lamanites, Lemuelites, and Ishmaelites” (Jacob 1:13).2 Jacob further explained that by his day the ethnic labels “Nephite” and “Lamanite” were not neatly defined by strict biological parentage. Those who sought “to destroy the people of Nephi” Jacob called Lamanites, whereas “those who [were] friendly to Nephi [he called] Nephites, or the people of Nephi” (v. 14), regardless of their biological lineage.

This fluidity in the terms “Lamanites” and “Nephites” persisted throughout the history of Book of Mormon peoples. “Like the term Nephite,” researcher Matthew Roper explained, “the term Lamanite has a number of different meanings in scripture.”3 This includes:

All of this indicates, as Hugh Nibley recognized, that the Book of Mormon’s “ethnological teachings . . . [are] surprisingly complicated.”5

After the Book of Mormon was translated and published and the Church of Jesus Christ restored to the earth, the Lord directed through revelation that the Book of Mormon be taken “unto the Lamanites” (Doctrine and Covenants 28:8–9,14; cf. 3:18, 20; 30:6; 32:2; 49:24; 54:8), or, in other words, the Native Americans living in what was then the western frontier of the United States.6 The reason for this mission was, in part, because “the early Saints believed that all American Indians were the descendants of Book of Mormon peoples, and that they shared a covenant heritage connecting them to ancient Israel.”7

Accordingly, by the end of 1830, Oliver Cowdery, Parley P. Pratt, and other missionaries had embarked on a mission with the goal of preaching in Indian Territory west of the Mississippi River. Along the way, the missionaries taught members of the Seneca, Wyandot, and Delaware nations, among others. In a letter to Joseph Smith dated 7 May 1831, Oliver wrote of his desire to preach to “another tribe of Lamanites” who lived “three hundred miles west of Santa Fe [Mexico] and are called Navajos.”8 Unfortunately, interference from federal Indian agents prevented further missionary work among the Native Americans at that time.9 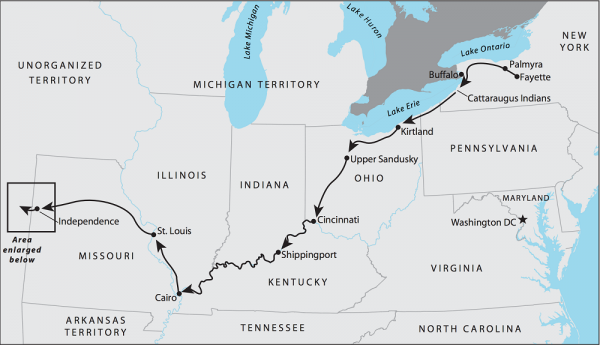 Route of the 1830-1831 Lamanite Mission. Maps via josephsmithpapers.org 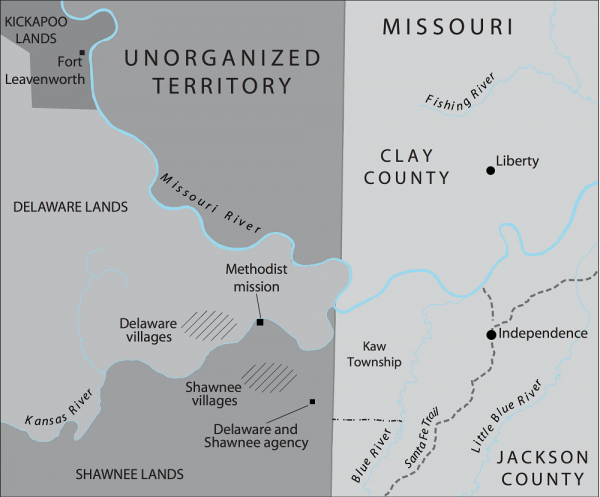 Route of the 1830-1831 Lamanite Mission. Maps via josephsmithpapers.org

Lamanite Identity in the Restoration

During the lifetimes of Joseph Smith and Brigham Young, Latter-day Saint missionary work extended to the Pacific Islands, Mexico, and South America.10 As with earlier missionary efforts to native North American peoples, this new wave of proselyting emphasized the Lamanite identity of the native groups of these lands and promised them the blessings of Lehi.11

As the Church grew in North and South America and in the Pacific Islands, prophets continued to affirm the native peoples of these lands were children of Lehi.12 In 1959, then-Elder Spencer W. Kimball spoke to “our kinsmen of the isles of the sea and the Americas . . . Mexicans in Mexico; Guatemalans in Guatemala; Chilianos in Chile” and “Polynesians of the Pacific” and taught that “the Lord calls you Lamanites.”13

In recent years, genetic evidence uncovered from DNA testing has revealed that Native Americans carry primarily Asian DNA.14 This has caused many to wonder how modern Native Americans could possibly be descendants of Lehi. Critics of the Book of Mormon have even used this evidence to argue for the book’s fraudulence.15 In 2014, the Church released an official statement on this subject which, while affirming Book of Mormon historicity, acknowledged the current state of the evidence, warned of the gaps in our knowledge, and urged for a nuanced approach in discussing Lamanite identity.16

This understanding is reflected in the updated introduction to the Church’s official edition of the Book of Mormon:

As both the old and the new introductions to the Book of Mormon indicate, and as scholars have pointed out, Lehi could well be a common (but not sole) ancestor shared by most if not all modern Native Americans even if we cannot detect his DNA signature in his modern descendants because of complicating factors.17

This information is important in helping readers realize that the identity of those called Lamanites in the Book of Mormon is nuanced and complicated.18 Since the Book of Mormon very likely presents a scenario where Lehi’s descendants intermingled with peoples already present in the Americas,19 and since Church leaders historically have spoken of “Lamanites” in very broad terms,20 efforts to pinpoint which specific groups of Native Americans or Pacific Islanders are direct descendants of Lehi, whether by DNA testing or by interpreting the teachings of past prophets, is problematic.21 “The Church asserts that all members are part of the covenant house of Israel either by descent or adoption but does not take a position on the specific geography of the Book of Mormon or claim complete knowledge about the origins of any specific modern group in the Americas or the Pacific.”22

The Book of Mormon was written “to the Lamanites, who are a remnant of the house of Israel; and also to Jew and Gentile.” The express purpose of the book is to “show unto the remnant of the house of Israel what great things the Lord hath done for their fathers; and that they may know the covenants of the Lord, that they are not cast off forever” (Book of Mormon Title Page). As the Book of Mormon and prophets since the beginning of the Restoration have made clear, the modern native peoples of North and South America, or those with Native American ancestry, occupy an important place in the unfolding of God’s work among His children in the latter days.

The gospel of Jesus Christ is universal in its importance and applicability, and the Book of Mormon is written to all people as its all-encompassing audience. As Nephi taught, the Lord “inviteth [all men and women] to come unto him and partake of his goodness; and he denieth none that come unto him, black and white, bond and free, male and female; and he remembereth the heathen; and all are alike unto God, both Jew and Gentile” (2 Nephi 26:33). Those not of the house of Israel by natural birth may be adopted into the Abrahamic covenant by accepting the fullness of the gospel as revealed in the Book of Mormon (1 Nephi 14:1–2; 2 Nephi 10:18; 3 Nephi 21:6, 22; 30:1–2).23

In a memorable passage, Mormon wrote of an idyllic period after Jesus established his church among Lehi’s descendants when there was no warfare or ethnic strife. “There were no robbers, nor murderers, neither were there Lamanites, nor any manner of –ites,” he recorded, “but they were in one, the children of Christ, and heirs to the kingdom of God” (4 Nephi 1:17). This is the ultimate goal promoted in the Book of Mormon and sought after by followers of Christ today.

Richard Dilworth Rust, “A Mission to the Lamanites,” Revelations in Context, online at www.history.lds.org.