Did Interactions with "Others" Influence Nephi's Selection of Isaiah?

Hill North of Shilom by James Fullmer
"For the Lord will have mercy on Jacob, and will yet choose Israel, and set them in their own land; and the strangers shall be joined with them, and they shall cleave to the house of Jacob"

Some readers of the Book of Mormon have wondered about the possible presence of so-called “others” (i.e. New World inhabitants not of Lehite, Mulekite, or Jaredite descent) in the text. Does the Book of Mormon portray the New World as essentially empty and devoid of others at the time of Nephi’s arrival? Or are there textual clues that the Lehites interacted with and were otherwise aware of others?

Latter-day Saint scholars have argued for some time that the Book of Mormon indeed acknowledges the presence of others in the New World. Besides the overwhelming archaeological and historical evidence for non-Book of Mormon peoples inhabiting the Americas before and after the arrival of even the Jaredites, passages in the Book of Mormon can easily be interpreted as speaking of “others.”1

For instance, after naming everyone in the original Lehite group who followed him, Nephi said he was also followed by “all those who would go with me,” which were “those who believed in the warnings and the revelations of God” (2 Nephi 5:5–6). These words arguably make best sense if this final group of individuals are essentially non-Lehite converts, since Nephi had just catalogued everyone else from his immediate family as already having joined with or separated from him.

Other overlooked textual hints for the presence of “others” in the New World, noted John Gee and Matthew Roper, can be found in Nephi’s selection of Isaiah. “The words of Isaiah inscribed and rehearsed by Nephi and Jacob would have been especially meaningful to Nephi’s ancient American audience if there were other non-Lehite and non-Israelite peoples in the land of promise when they arrived.”2 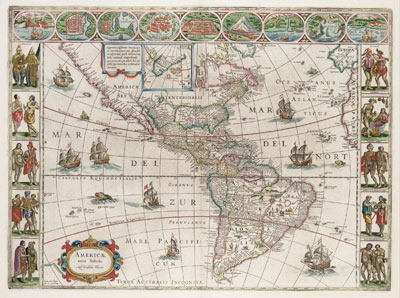 For example, Gee and Roper pointed out that Nephi quotes Isaiah 14 in 2 Nephi 24, which begins, “For the Lord will have mercy on Jacob, and will yet choose Israel, and set them in their own land; and the strangers shall be joined with them, and they shall cleave to the house of Jacob.” Because this quotation comes after Jacob’s own covenant speech that touched on the relationship between scattered Israel and the Gentiles (2 Nephi 6–10), Isaiah’s reference to “the strangers” who will join with God’s people may be significant for seeing “others” in the Nephite lands as well.

“If we were in Nephi and Jacob’s audience,” Gee and Roper speculated, “how would we liken this scripture to our own situation as they invited them to do?” They answer by noting, “Isaiah’s prophecy would . . . suggest to the ancient [Nephites] that there were ‘strangers’ in the land who had joined or would join with them in accepting the teachings of Nephi and could be numbered with the house of Jacob.”3 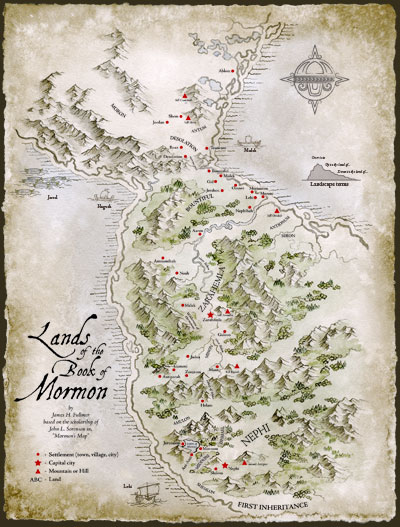 Another hint comes from Nephi’s quotation of Isaiah 2, which contains the famous prophecy of the Lord’s house being established in the top of the mountains: “And it shall come to pass in the last days, when the mountain of the Lord’s house shall be established in the top of the mountains, and shall be exalted above the hills, and all nations shall flow unto it. And many people shall go and say, Come ye, and let us go up to the mountain of the Lord, to the house of the God of Jacob; and he will teach us of his ways, and we will walk in his paths; for out of Zion shall go forth the law, and the word of the Lord from Jerusalem” (2 Nephi 12:2–3; Isaiah 2:2–3).

This passage was quoted not long after the early Nephites constructed their own temple in the land of Nephi.

The place called Nephi was located at a higher elevation than Zarahemla and was one of the highest points in all the land (at least none mentioned is ever said to be higher). So these “many people” of which Isaiah prophesied would have to “go up to the mountain of the Lord.” It was also a place where many people came, not only those Nephi describes as “my children and those who were called my people” (2 Nephi 5:14), and “the people who are now called Lamanites” (2 Nephi 5:14), but also those like Sherem who “came ... among the people of Nephi” (Jacob 7:1).4

In this instance, Nephi likened Isaiah 2, and in so doing invited “many people” and “all nations” (i.e. Lehite and non-Lehite inhabitants of the New World) to make covenants with God at the newly constructed temple in the land of Nephi.

In his selected quotations of Isaiah, Nephi himself may have seen references to the existence of these "others" and to their relationship with his own people. Understanding that these passages in the Book of Mormon may well speak of "others" in the New World is helpful in several ways.

In general, seeing these clues encourages readers of the Book of Mormon to pay closer attention to things that might otherwise be easily overlooked. Recognizing these textual nuances, such as references to “strangers” or others in the Book of Mormon, helps us avoid superficial readings. Doing so may even call into question certain assumed or culturally inherited readings, which in turn will lead to improved thinking about the Book of Mormon.

In particular, these clues make sense of the archeological and genetic data that indicate the presence of non-Book of Mormon people many thousands of years before the arrival of Nephi and his family.5 Rather than describing an empty continent, the Book of Mormon is a history of a small branch of scattered Israel at times interacting with its Gentile neighbors in the land.6

Finally, they help explain why Nephi selected some of the Isaiah passages which he did. As Gee and Roper stated,

Nephi and Jacob quoted the Isaiah passages found in the Book of Mormon dealing with the Gentiles because they found them directly relevant to the situation they found themselves in, having to deal with the Gentiles [i.e. “others”] surrounding them and because of their relationship to the covenant God made with the house of Israel. . . . By likening the scriptures to his people, Nephi sometimes reapplies to his day passages which Isaiah had intended for his day. We in turn follow the same pattern by applying those same scriptures to our day.7

John Gee and Matthew Roper, “‘I Did Liken All Scriptures Unto Us’: Early Nephite Understandings of Isaiah and Implications for ‘Others’ in the Land,” in The Fulness of the Gospel: Foundational Teachings from the Book of Mormon (Salt Lake City, UT: Deseret Book, 2003), 51–65.