What Are the Nephite Articles of Faith? 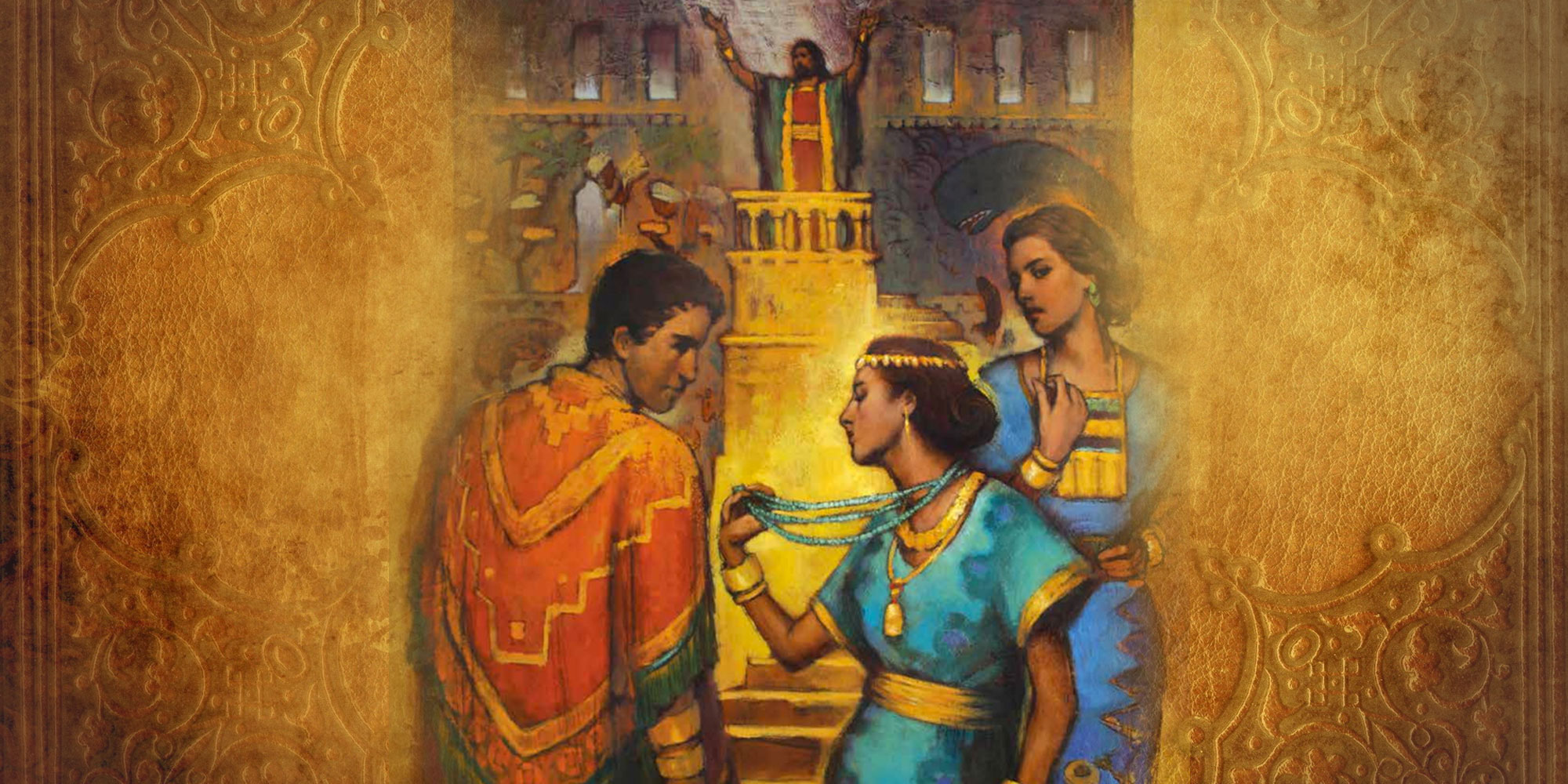 As Alma taught about faith he finished with what is now know as the “Nephite Creed”. “Set Upon Gold” by Annie Henrie.
“Believe in the Son of God, that he will come to redeem his people, and that he shall suffer and die to atone for their sins”

Alma’s discourse on faith as recorded in Alma 32 is continued in Alma 33 and culminates with a declaration of faith. This seven-part statement of belief in Christ focuses on the atoning mission of Jesus as God’s divine son and builds on the foundation laid by Alma about the nature of faith and testimony in Alma 32.

Alma prefaced this concise declaration of his basic articles of faith by recalling the story of the Israelites wandering in the wilderness (Alma 33:19–20). As recorded in Numbers 21, the children of Israel began to complain against Moses, resulting in God sending “fiery” or poisonous serpents to humble them. To cure those who had been bitten by these serpents, Moses erected a bronze serpent on a pole so that “that every one that is bitten, when he looketh upon it, shall live” (Numbers 21:4–9).

In retelling this account Alma emphasized that the bronze serpent was a type of Christ (Alma 33:19) and likened its miraculous healing powers to the importance of having faith in the salvific powers of Christ. “O my brethren, if ye could be healed by merely casting about your eyes that ye might be healed, would ye not behold quickly, or would ye rather harden your hearts in unbelief, and be slothful, that ye would not cast about your eyes, that ye might perish?” (Alma 33:21). 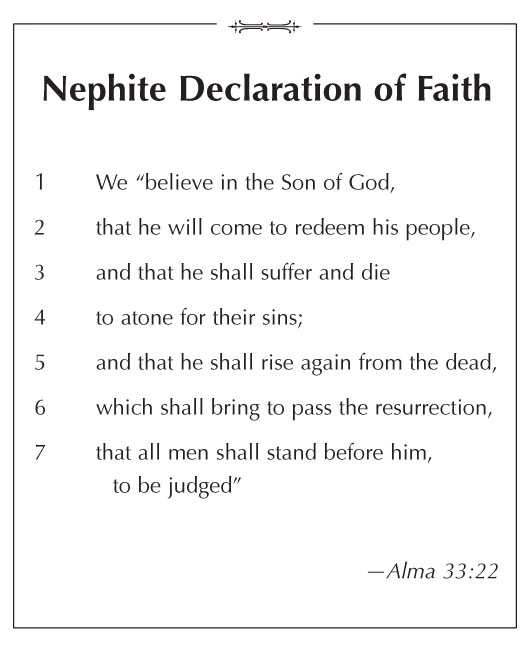 With this scriptural and rhetorical backdrop in place, Alma concluded his words to the multitude of poor Zoramites, who had come out of Antionium to hear his message (Alma 32:4). Speaking clearly and powerfully, Alma invited them to "plant this word" (Alma 33:23, emphasis added) as the seed of faith in their hearts, namely:

Believe in the Son of God, that he will come to redeem his people, and that he shall suffer and die to atone for their sins; and that he shall rise again from the dead, which shall bring to pass the resurrection, that all men shall stand before him, to be judged at the last and judgment day, according to their works (v. 22).

As summarized by John W. Welch and J. Gregory Welch, “One may well imagine that Alma and his followers could have personally recited this declaration in explaining their faith, in much the same way as members of the church today use the Articles of Faith in stating the fundamental elements of their faith.”3 These articles of faith, what one might well call the core of the Nephite Creed,4 constitute, according to Alma, specifically the “word” spoken of in Alma 32 that followers of Christ should plant in their hearts. “And now, my brethren, I desire that ye shall plant this word in your hearts, and as it beginneth to swell even so nourish it by your faith” (v. 23). 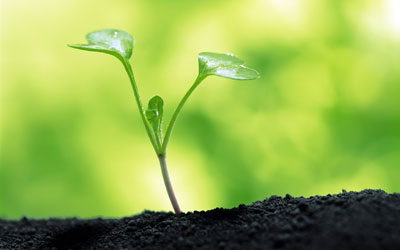 This key point makes it clear why Alma 32–33 should be read together as one complete whole. Originally, these two chapters were not divided. The chapter division between these chapters might mislead some readers into thinking these two chapters are unrelated.

However, when read together, Alma’s logic and testimony here becomes clear. If one is to develop faith by planting a seed, as explored in Alma 32, then one must understand what one is to believe in the first place, as clarified by the Nephite articles of faith in Alma 33. Alma can therefore be read as explaining first how to believe (Alma 32) and then what to believe (Alma 33).

Each step in this sequence of true and growing faith is essential. Of ultimate importance for faithful believers is to realize that, because of the universal effect of Christ's personal suffering, death, and resurrection, every individual will stand re-embodied before the Lord, “to be judged at the last and judgment day, according to their works” (Alma 33:22). It is important to plant and nourish the right seed in order to grow the desired plant.

Thus it is significant that both Alma 32 and Alma 33 end with the imagery of the tree of life (Alma 32:42; 33:23). This, for believers, is the supreme symbol of Christ’s incarnation, love, eternal mission, and resurrection.

It is also the overarching symbol that unites Alma’s discourse on faith. As this word begins to swell and grow, Alma promises, “behold, it will become a tree, springing up in you unto everlasting life” (Alma 33:23). The seed of this tree that faithful men and women are to plant in their hearts is belief in the atoning Messiah and his mission, as captured and encapsulated by Alma in his articles of faith.