Book of Mormon Central / KnoWhys
Was Lehi Familiar with Zenos’s Allegory of the Olive Tree? 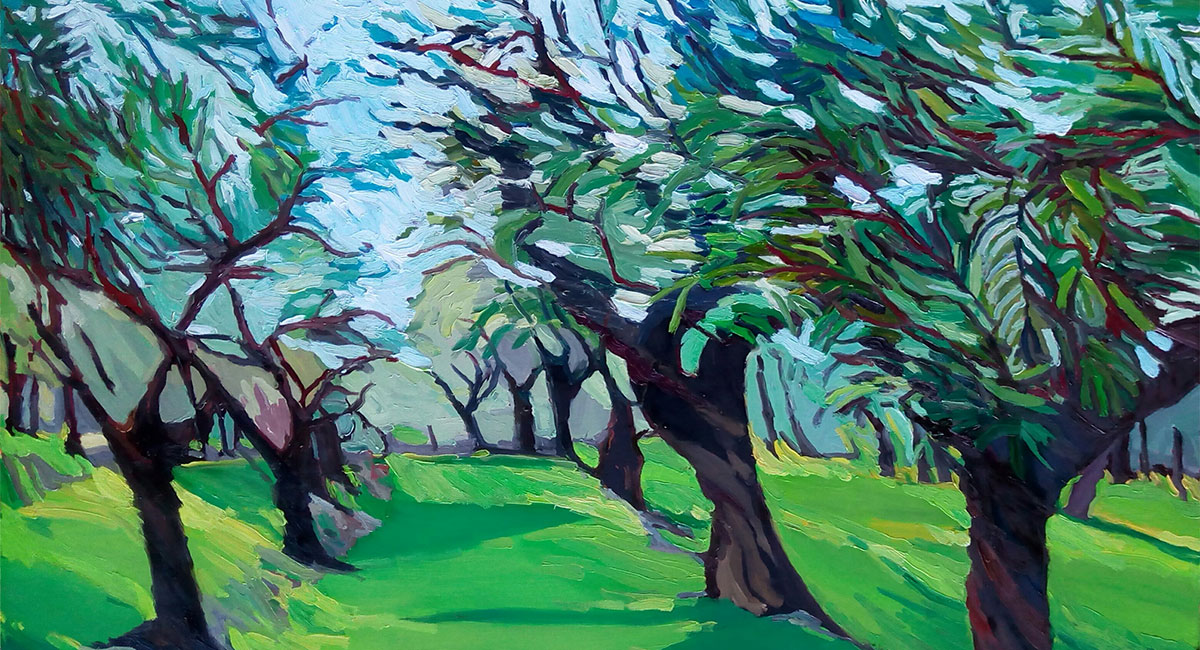 “The Olive Grove” by Nancy Andruk Olson
“Yea, even my father spake much concerning the Gentiles, and also concerning the house of Israel, that they should be compared like unto an olive tree, whose branches should be broken off and should be scattered upon all the face of the earth.”

When Nephi summarized his father’s prophecies in 1 Nephi 10, he included Lehi’s teaching that the house of Israel “should be compared like unto an olive tree, whose branches should be broken off and should be scattered upon all the face of the earth” (v. 12). Lehi also understood that Israel’s future gathering was related to the same olive tree imagery. He taught that after being scattered, “the natural branches of the olive tree, or the remnants of the house of Israel, should be grafted in, or come to the knowledge of the true Messiah, their Lord and their Redeemer” (v. 14).

Readers familiar with Jacob 5 will probably recognize that Lehi’s teachings relate to Zenos’s allegory of the olive tree, which was eventually recorded onto the small plates by Lehi’s son, Jacob.1 What may not be so immediately obvious, though, is that Lehi’s comments provide an inspired interpretation and application of Zenos’s allegory. According to Noel B. Reynolds,

Lehi connects the breaking off of the branches to dwindling in unbelief and interprets the scattering of the branches in Zenos’s allegory to mean, in part, that “we should be led with one accord into the land of promise, unto the fulfilling of the word of the Lord, that we should be scattered upon all the face of the earth” (v. 13). He interprets the grafting of the natural branches back into the olive tree as regaining knowledge of Christ.2 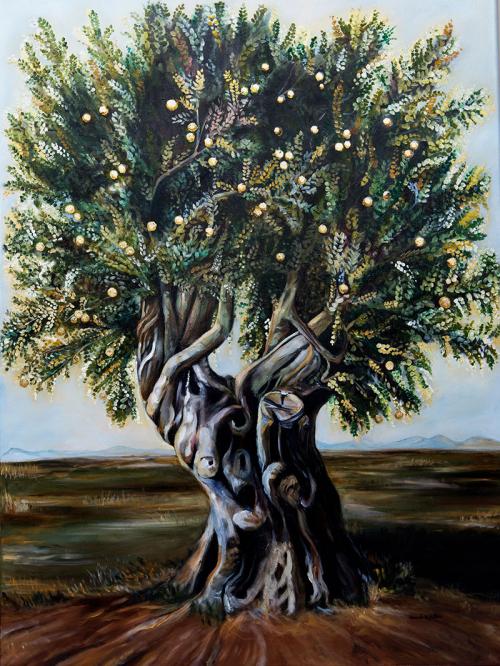 The Tree of Life by Hannah Butler

Readers should also be aware that Lehi’s teachings about the olive tree follow soon after his dream of the Tree of Life. This close proximity is significant because, as John A. Tvedtnes has argued, it provides “evidence that Lehi’s vision of the tree of life is related to the parable of Zenos.”3 Supporting this claim is the fact that Nephi’s brothers seemed to link the two trees together as related symbols when they asked about their father’s teachings.4

Further evidence of Lehi’s dependence upon Zenos’s allegory comes from his final blessings upon his posterity. Declaring the word of the Lord, Lehi prophesied, “Inasmuch as ye shall keep my commandments ye shall prosper in the land; but inasmuch as ye will not keep my commandments ye shall be cut off from my presence” (2 Nephi 1:20). Reynolds has seen this as a reflection of the “alternate cycles of productive growth and pruning of the Zenos allegory.”5 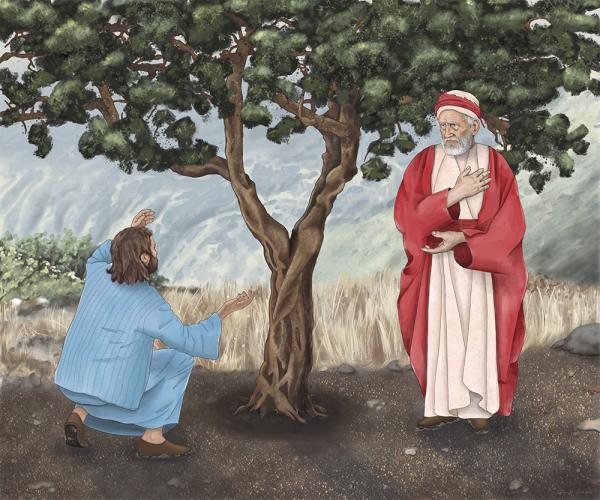 In Jacob 5:40, readers learn that the wild fruit of this choice ground would eventually “overcome that part of the tree which brought forth good fruit, even that the branch had withered away and died.” Lehi seems to have understood that this this was a prophecy about his own posterity, specifically about how the seed of the Lamanites would eventually overcome the seed of the once-righteous Nephites.

In agreement with Zenos’s allegory on this point, Lehi blessed the posterity of Laman and Lemuel so that even if they were cursed, they would “not utterly be destroyed” (v. 9) and that instead their curse would be taken from them and “answered upon the heads of [their] parents” (v. 6). Lehi’s prophecy can help readers understand why the wild branches (Lamanites) were allowed to overcome the good branches (Nephites) in Zenos’s allegory. It was because the Nephites had knowingly sinned against light and truth while the Lamanites were less spiritually accountable because of the wicked traditions of their forefathers.6

Although it is never directly stated, Lehi’s teachings and prophecies show a consistent awareness of Zenos’s allegory of the olive tree. This makes a lot of sense, considering that Zenos’s allegory seems to have been known to Old Testament prophets as well.7 It also helps explain why other Book of Mormon prophets—such as Nephi, Jacob, Alma, and Mormon—all valued Zenos’s teachings.8 In doing so, they were following the example of Lehi, their founding patriarch. 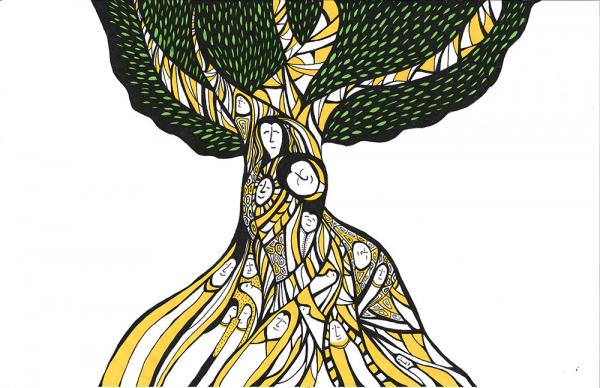 The Olive Tree by Hannah Allen

The allegory of the olive tree concerns the past history and future destiny of the house of Israel.9 This means that, like Lehi, readers today can find their own place in the allegory. Just as Lehi saw that part of his posterity would be overrun, he also knew that in the last days, Israel would be gathered together again. And we are invited to participate in this gathering. Speaking to the youth, President Russell M. Nelson has explained,

The Lord told the Prophet Joseph Smith that now, meaning our day, is the eleventh hour and the last time that He will call laborers into His vineyard for the express purpose of gathering the elect from the four quarters of the earth. … Would you like to be a big part of the greatest challenge, the greatest cause, and the greatest work on earth today?10

No matter our age, we can contribute to this gathering and bring forth good fruit by living righteously and inviting others to come unto Christ. As we do so, we will have “joy in the fruit” of our labors, as prophesied in Jacob 5:71. Participating in this monumental gathering is a unique privilege because it helps prepare the world for Jesus Christ’s Second Coming. At the same time, it fulfills the hopes and desires of all the holy prophets, like Zenos and Lehi, who foresaw that the restoration of Israel would take place in our day.

Noel B. Reynolds, “Nephite Uses and Interpretations of Zenos,” in The Allegory of the Olive Tree: The Olive, The Bible, and Jacob 5, ed. Stephen D. Ricks and John W. Welch (Salt Lake City and Provo, UT: Deseret Book and FARMS, 1994), 21–49.