How Is the Unity of Zion Society Achieved? 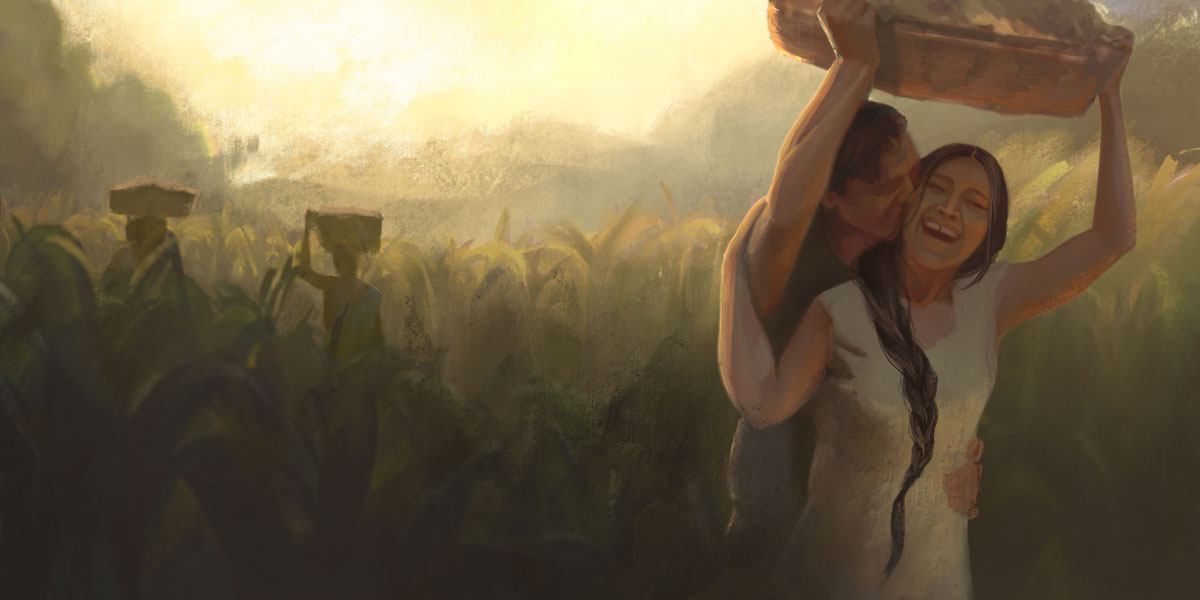 4 Nephi by Normandy Poulter and the BYU Virtual Scriptures Group.
“There were no robbers, nor murderers, neither were there Lamanites, nor any manner of -ites; but they were in one, the children of Christ, and heirs to the kingdom of God.”

Much of the world today is marked with sharp divisiveness along racial, national, ethnic, and socio-economic lines. Many have painfully felt those dividing lines sharpen ever more in recent months as protests and riots have erupted in reaction to tragic acts of violence. At such a time as this, reading in 4 Nephi about a Zion society—where “there were no robbers, nor murderers neither were there Lamanites, nor any manner of -ites; but they were in one, the children of Christ, and heirs to the kingdom of God” (4 Nephi 1:17)—stirs a hope and yearning for such a society in the hearts of good and decent people all over the world.

Fortunately, Mormon diligently recorded “the thoughts, behaviors, and actions of the Nephites” during this time, “for the benefit of his various audiences.”1 John W. Welch carefully reviewed the details of 4 Nephi 1:1–18, identifying the things they did to create a Zion society and provided an outline that can be followed.2

First, the people “did truly repent of their sins,” made covenants through baptism, and received the Holy Ghost (4 Nephi 1:1).3 Next, they were “all converted unto the Lord” (4 Nephi 1:2). As such, they followed the Lord’s teaching and had “no contentions and disputations” (4 Nephi 1:2; cf. 3 Nephi 11:28–29). They also “did deal justly one with another” (4 Nephi 1:2). Welch noted that to deal justly involves more than simply doing the minimum required to be in compliance with the law. Justice and fairness must have concern for the overall community and also “look beyond the rules to the individual situation or circumstances of each person.”4

This all led to having “all things common among them” (4 Nephi 1:3). Exactly how this was practiced and implemented is not clear. “Did they bring their crops into a central storehouse and redistribute them? That may have been very impractical,” according to Welch.5 Instead, he proposed:

Whatever the method, their willingness to have “all things common” resulted in their not being divided as “rich and poor, bond and free, but they were all made free, and partakers of the heavenly gift” (4 Nephi 1:3). The disciples of Jesus used their priesthood to serve and bless those most in need (4 Nephi 1:5). They engaged in community building and improving (4 Nephi 1:7–8). They were married by someone with authority, man and woman being equally “given in marriage” and then “were blessed according to the multitude of the promises which the Lord had made” (4 Nephi 1:11).7 They worshipped the Lord with fasting, prayer, and “meeting together oft both to pray and to hear the word of Lord” (4 Nephi 1:12).

All of this culminated in there being “no envyings, nor strifes, nor tumults, nor whoredoms, nor lyings, nor murders, nor any manner of lasciviousness” and no ethnic divisions—no “manner of -ites”—of any kind. “Surely,” Mormon wrote, “there could not be a happier people among all the people who had been created by the hand of God” (4 Nephi 1:16–17).

Mormon provided a detailed description of the Nephites who created a peaceful and righteous society by the way they believed, behaved, and lived. Perhaps applying this list of ways to live in a Christ-like community will lead modern saints to be as delightsome and happy as the Nephites in this era. Mormon had seen our day. Undoubtedly, he recorded the ideas that he felt would be most valuable to his future audiences.8

Admittedly, as mentioned above, “American culture today is different than this Zion society.”9 Amidst the discord and acrimony common today, a Zion society may often seem hopelessly out of reach. Yet shortly before Christ arrived in glory among the Nephites and Lamanites, they too had experienced unprecedented divisiveness of their own.

Although they had united themselves to survive an all-out war with the Gadianton Robbers that lasted nearly a decade (3 Nephi 2:11–4:30), the people began to be divided after only a few short years of prosperity and economic recovery after the war. In the 29th year, some were lifted up in pride, and were “distinguished by ranks, according to riches and their chances for learning” (3 Nephi 6:12). There was “great inequality in all the land,” and even “the church began to be broken up” (3 Nephi 6:13). Eventually, the central government collapsed, and the people reverted to a tribally based society (3 Nephi 7:1–14).

That was the state of Book of Mormon society when the destructive events signaling the death of Christ occurred (3 Nephi 8–11). The survivors of those traumatic events obviously knew what it was like to live in an age of turmoil, discord, and acrimony. They are the ones who, after becoming eyewitnesses to the Lord in His resurrected glory and being taught the Gospel from the Master Himself, were able to build a long-lasting Zion society. As Welch noted, “These Nephites had a different set of priorities than they had before Christ visited. They no longer placed so much emphasis on material things and personal status—on who had the most money or who was the king or best soldier.”10

Thus, even during times of unprecedented turmoil, violence, contention, and conflict, the potential for Zion is never completely out of reach. This dramatic transformation of Nephite society was, of course, primarily made possible through the ministry of Jesus Christ, who is “the way, the truth, and the life” (John 14:6). In addition, as Welch observed, fundamentally, “It takes a temple, it takes a church of God, and it takes priesthood to have a society like this.” And beyond that, it also takes “all members in such a society to be willing to harmoniously operate all of those things and sincerely strive to make these beautiful, happy blessings a reality.” And while utopia is not an attainable goal, as a result of their kind and concerted efforts, those people blazed the way and “they were blessed and never has there been a happier people.”11