How Does The Book of Mormon Use a Hebrew Pun on King Noah's Name? 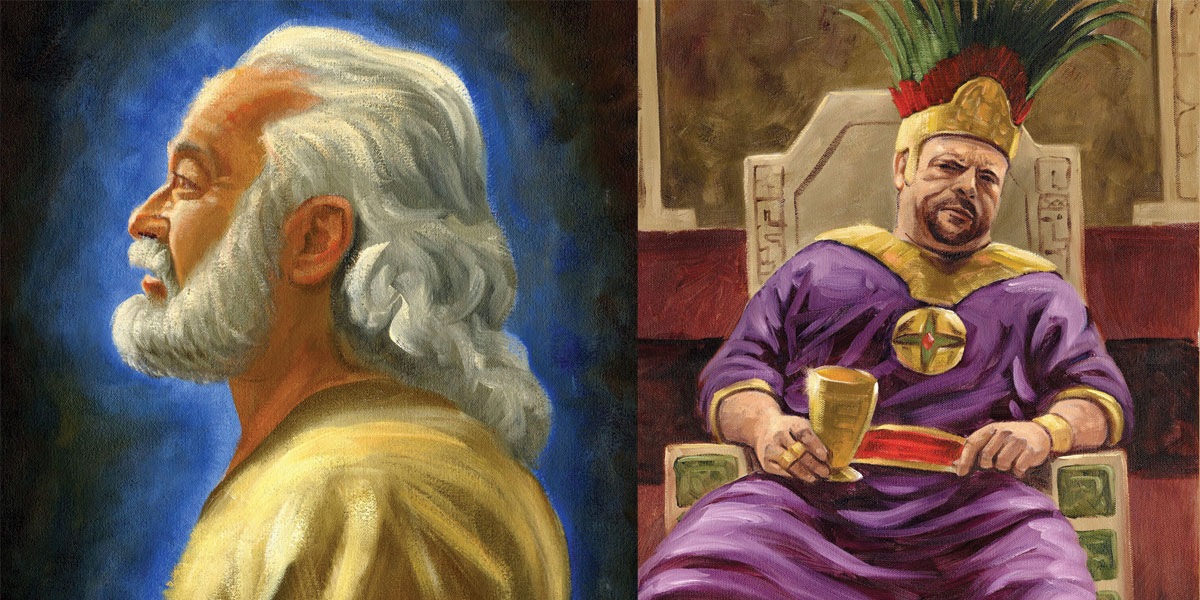 Abinadi and King Noah by James Fullmer
“Yea, and thus they were supported in their laziness, and in their idolatry, and in their whoredoms, by the taxes which king Noah had put upon his people; thus did the people labor exceedingly to support iniquity.”

The biblical prophet Noah is famous for building an ark and gathering “every living thing of all flesh, two of every sort ... into the ark, to keep them alive” during the flood (Genesis 6:19). King Noah in the Book of Mormon, on the other hand, is famous for sentencing Abinadi to death (Mosiah 17:12). Although these two characters are almost as different from each other as it is possible to be, one thing they have in common is that the people who wrote about them described them using puns based on their names. Biblical scholar Matthew Bowen has noted that the Book of Mormon inverts the puns on Noah’s name found in Genesis when punning on King Noah’s name.1 It does this to emphasize how catastrophic King Noah’s reign had been for his people.2

In Hebrew, the name Noah was associated with “[divine] rest.”3 Bowen found that the story of Noah in Genesis repeatedly connects the name nōaḥ with the word nwḥ (to “rest”) and the similar word nḥm (to “regret” or “be sorry”; “console oneself,” or “comfort” someone).4 Genesis 5:29, for example, states, “And he called his name Noah, saying, This same shall comfort us.”5 Genesis 6:6 similarly states that “it repented the Lord that he had made” humanity.6

Similarly, “the ark rested” when it finally landed (Genesis 8:4) and the dove that Noah sent to look for land “found no rest” (v. 9).7 One finds similar puns in the Book of Moses as well.8 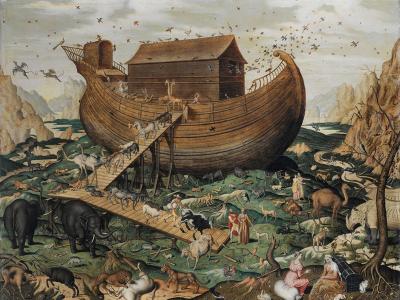 Bowen has noted that the Book of Mormon uses the same wordplays on the name Noah that the bible does.9 However, it uses them to caricature King Noah and his priests, depicting them as the opposite of the biblical Noah.10 Bowen stated that, “Far from ‘comforting’ his people or giving them ‘rest,’ as his father Zeniff had surely hoped (cf. Mosiah 10:22), King Noah immediately began to ‘burden’ his people with sin and taxes” (see Mosiah 11:1‒4).11

In the Book of Mormon, King Noah and his priests were “supported in their laziness ... by the taxes which king Noah had put upon his people; thus did the people labor exceedingly to support iniquity” (Mosiah 11:6; cf. Mosiah 29:35).12 This verse reminds the reader that in the Hebrew Bible, Noah brought comfort from labor and toil, while King Noah in the Book of Mormon caused his people to toil to support evil.13 Bowen observed that the pairing of the name Noah (“rest”) with the image of the people laboring to support evil is a mocking pun on Noah’s name.14 He further stated, “Rather than ‘comfort[ing]’ his people ‘concerning the work and toil of [their] hands’ (Genesis 5:29; Moses 8:9), Noah had given them more work and caused them to sin.”15

Even the furniture Noah made for the high priests acts as a pun on his name: “and he caused a breastwork to be built before them, that they might rest their bodies and their arms upon while they should speak lying and vain words to his people” (Mosiah 11:11).16 Unfortunately, instead of easing his people’s burdens, the only rest King Noah provided was for his priests, so they could be comfortable while speaking vain words to the masses.17 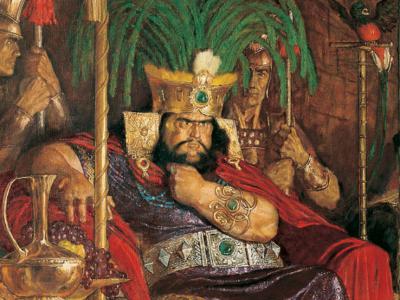 Detail of Abinadi Appearing Before King Noah by Arnold Friberg. Image via lds.org

A final point helps to explain why the Book of Mormon puns so often on King Noah’s name. When speaking to Noah’s priests, Abinadi quoted Isaiah saying, “break forth into joy, sing together, ye waste places of Jerusalem; for the Lord hath comforted his people, he hath redeemed Jerusalem” (Mosiah 15:30).18 The word for comforted in Isaiah’s quoted passage is one of the words associated with the name Noah in Genesis.19 Bowen has noted that in contrast to Noah, who wasn’t doing anything to comfort his people, “Abinadi’s testimony—testimony that Alma remembered and preserved—was that the Lord had comforted and would comfort and redeem Israel, both temporally and spiritually.”20

The Book of Mormon reminds us that, ultimately, Christ is the one who comforts us and gives us rest. Bowen put it well, “The Lord’s promise regarding the earth’s eventual rest that would come because of and through Noah’s posterity—specifically Jesus Christ, ... should still ‘comfort’ all of us.”21 The Book of Mormon confirms the reality of Christ’s words, “Come unto me, all ye that labour and are heavy laden, and I will give you rest” (Matthew 11:28).

As the people of King Noah learned though sad experience, rest and comfort are sometimes hard to find.22 However, if we remember that real rest comes from Christ, not from worldly sources or institutions, we can experience the comfort and peace that only He can bring.