Book of Mormon Central / KnoWhys
How Can One Overcome the Natural Man? 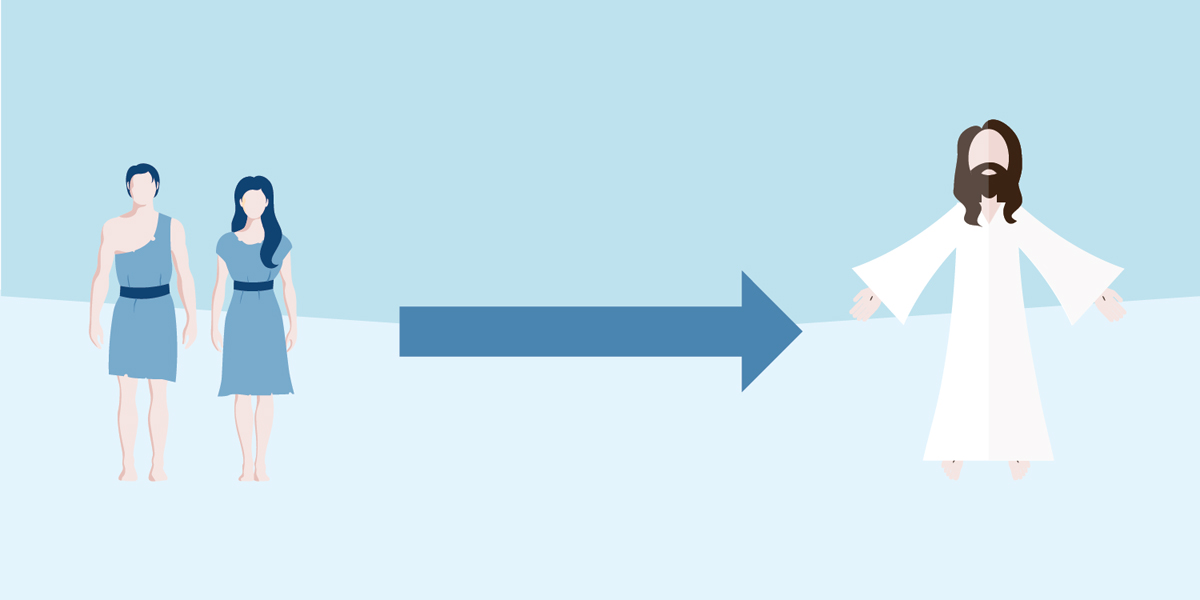 Image by Book of Mormon Central
“For the natural man is an enemy to God, and has been from the fall of Adam, and will be, forever and ever, unless he yields to the enticings of the Holy Spirit, and putteth off the natural man and becometh a saint through the atonement of Christ the Lord, and becometh as a child, submissive meek, humble, patient, full of love, willing to submit to all things which the Lord seeth fit to inflict upon him, even as a child doth submit to his father.”

King Benjamin organized his famous speech (Mosiah 2–5) with literary patterns meant to highlight and reinforce important teachings.1 His teachings about the “natural man” are found literally at the very heart and center of his entire speech (Mosiah 3:19), highlighting its central importance. Within that pattern, Mosiah 3:18–19 itself forms a chiasm in which key words, phrases, or ideas are repeated in reverse order.2

This pattern sandwiches the state of the natural man between references to the Atonement, becoming like a child, and humility. In the second half of the pattern, submission becomes a key concept, with the terms yields, submissive, and submit (repeated twice) appearing four times.4 As part of the larger organization of his speech, Benjamin stressed that the name of Christ is the only means of salvation, emphasizing this both shortly before and shortly after this passage (Mosiah 3:17, 21).

The terminology of childhood also plays a significant role in Benjamin’s speech. His discourse to his people is prefaced with his counsel to his children (Mosiah 1:2–8), and both the singular and plural forms of child, son, and daughter appear 41 times throughout Mosiah 1–6.5 This language is thematically important since Benjamin had just crowned his son as king (Mosiah 2:30). In ancient Israel, the king became the son or child of the Lord when he was crowned.6 But Benjamin extended this privilege to all of his people, declaring:

And now, because of the covenant which ye have made ye shall be called the children of Christ, his sons, and his daughters; for behold, this day he hath spiritually begotten you; for ye say that your hearts are changed through faith on his name; therefore, ye are born of him and have become his sons and his daughters. (Mosiah 5:7, emphasis added)

The essence of the gospel and the plan of salvation are clearly and simply laid out in this compact, carefully written, and well organized passage, placed at the very center of Benjamin’s powerful address. Key doctrines and principles, such as the Fall, the role of the Holy Ghost, repentance, and power of the Atonement, are all taught within this single passage.

Due to the Fall, all are naturally enemies to God.7 The grip of this condition is emphasized at the center of the pattern, but then the passage thematically reverses this point and presents submission as the only way to overcome the Fall. The “enemy to God” must “yield to the enticings of the Holy Spirit,” and “submit to all things,” even if this means that heavy burdens must be borne (Mosiah 24:15).

Submission can be manifest in a variety of ways. The giving of loving acts of service, for example, is one way to put off the selfish desires of the natural man and fulfill the Lord’s will, as explained by Elder Benjamin De Hoyos:

We can submit our flesh to the will of the Father when we forget our own needs and relinquish our own comfort; when we make time to visit others, including new converts who need to be “nourished by the good word of God” (Moro. 6:4); or when we “succor the weak, lift up the hands which hang down, and strengthen the feeble knees” (D&C 81:5).8

In this process, the Holy Spirit “entices” the natural man to become a holy man,10 or “saint,” by submitting to God. Yet it is only through the atoning blood of Christ the Lord Omnipotent that the transformation from natural man to saint can occur. The Atonement itself was achieved through Christ’s submission to the Father’s will (Mosiah 15:2), and it empowers and purifies all who meekly submit to the Father. Through the atoning grace and work of Christ, patient individuals are reborn—they become as children because they are now His children.11 Elder D. Todd Christofferson bore witness:

I testify that as you continue in the path of spiritual rebirth, the atoning grace of Jesus Christ will take away your sins and the stain of those sins in you, temptations will lose their appeal, and through Christ you will become holy, as He and our Father are holy.12

Elder Benjamin De Hoyos, “Book of Mormon Principles: Submitting Our Will to the Father’s,” Ensign, July 2004, online at lds.org.