Book of Mormon Central / KnoWhys
Why Does Alma Mention “the Plan” Ten Times in His Words to Corianton?

Christus Statue in Salt Lake City, image via lds.org
"Therefore, according to justice, the plan of redemption could not be brought about, only on conditions of repentance of men in this probationary state"

Alma 42 concludes Alma the Younger’s powerful, four-chapter exhortation to his son Corianton.  After explaining the consequences of sin and expounding upon the resurrection (Alma 39–41), Alma perceived that Corianton was still troubled and confused concerning the justice of God. In particular, Alma noted that Corianton tried “to suppose that it is injustice that the sinner should be consigned to a state of misery” (Alma 42:1). In order to help his son reconcile himself to God’s justice, Alma explained how the balance of justice and mercy is integral to “the great plan of salvation” (Alma 42:5).1

A feature of Alma’s discourse that may be easy to overlook is the symbolic use of the number ten. In many ancient civilizations, including the Israelites, certain numbers were considered to hold sacred meaning or importance. For example, John Welch explained that the number ten “conveyed a tight cluster of symbolic messages associated with the divine realms, namely, completeness, perfection, worthiness, consecration, testing, justice, reverence, atonement, supplication, and holiness (to mention ten).”2 It seems likely that this sacred use of numbers was preserved in the plates of brass and perpetuated by Nephite prophets as part of their literary tradition.3

Evidence from the earliest Book of Mormon manuscripts indicates that its original chapter units were divinely revealed to Joseph Smith,4 and according to the 1830 edition of the Book of Mormon, Alma 39–42 comprised a single, cohesive chapter.5 It may well be significant, therefore, that within these chapters Alma referred to the plan of redemption (or its variants, such as plan of salvation or plan of happiness) precisely ten times.6

During this period, Alma was the high priest over the church and likely fulfilled temple responsibilities similar to those found in the Old Testament (Alma 5:3).7 This is notable because the number ten features prominently in temple architecture and ritual formula:

When the temple of Solomon was built, it also contained many features that came in tens. The height and width of the cherubim in Solomon’s temple were both ten cubits … [the] diameter of the brazen sea was ten cubits … the brass altar was ten cubits high; ten candlesticks were made of gold; and ten tables were placed, five on each side.8

We know that Nephi’s temple, which was probably a model for later Nephite temple worship,9 was itself constructed “after the manner of the temple of Solomon” (2 Nephi 5:16). Thus, it makes sense that Alma, being the high priest in charge of temple worship, would have been aware of this number’s sacred meaning and purposefully utilized it to help his son comprehend the plan of salvation.

Alma’s tenfold invocation of the plan of salvation could also be connected to his high priestly role to determine worthiness in relation to the Ten Commandments. Welch proposed that “the Ten Commandments may have functioned somewhat like a list of modern temple recommend requirements to determine who might ascend into the mountain of the Lord, or the temple (see Psalm 24).”10 In this way, Alma’s exhortation could be seen as symbolically bringing Corianton to stand trial before God for violating one of those sacred Commandments. Alma desired that Corianton would take advantage of the time for repentance that is mercifully allowed under God’s overarching plan of happiness.

Furthermore, Alma’s exhortation to Corianton doesn’t contain the only discernable example of sacred numerals found in the Book of Mormon.11 Of particular relevance is another tenfold repetition of the word “plan” found in Alma 12. In that case, the first three uses of the term are in reference to Zeezrom’s “subtle plan” to deceive the people and turn them against Alma and Amulek (Alma 12:32–33). In contrast, the last seven uses (seven itself being a sacred priestly number12) all refer to the “plan of redemption” (see Alma 12:25–33). The occurrence of negative examples or contexts of a repeated item being supplanted or overpowered by a greater number of positive usages is not an isolated phenomenon and can be found elsewhere in the Book of Mormon.13 It therefore seems more than coincidental that both Alma 12 and Alma 39–42 use the same pattern of tenfold repetition to expound upon the same sacred topic—the plan of redemption.14 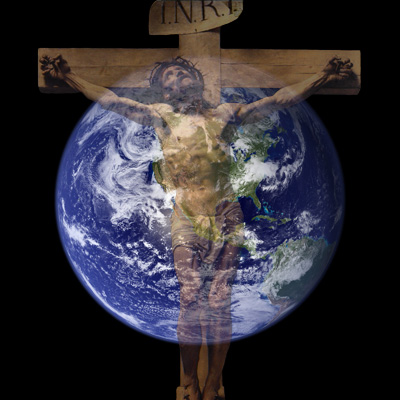 Corianton had bought into the wrong "plan" (as had Zeezrom in Alma 12), and thus Alma's sermon, in order to turn his son back onto the true path, needed to state the totality of the true plan. Even if someone isn’t aware of this tenfold thread, the subconscious effect of its tenfold repetition allows the spirit to gather momentum to a very satisfying conclusion and convincing admonition. Alma's words had a very salutary effect on Corianton.15 This emphatic element may be one of the reasons why these words left such an indelible impression on his son and still leave such a powerful impact on readers today.

Understanding the numeric symbolism that underlays parts of the Book of Mormon can also deepen comprehension of the scriptures and the prophets who wrote them. For example, identifying Alma’s symbolic repetition of “the plan of redemption” helps readers recognize how significant this concept might have been to him. He likely saw God’s plan as a perfect or complete solution to his son’s moral confusion and wayward behavior. Not only does Alma repeat the concept exactly ten times, but in Alma 39–42 he uses five connotative variations to describe it: plan of redemption, restoration, salvation, mercy, and happiness.

Readers should be cautious to not assume that every instance of a sacred number, whether explicitly mentioned or implied through repetition, is symbolically significant. Yet many of the text’s attestations of symbolic numbers are so distinctive and cogent that it is difficult to see them as anything other than intentional. The fact that specific words, phases, or concepts are repeated a sacred number of times in a meaningful context is evidence that the authors were familiar with ancient numeric symbolism. Exploring the sacred significance of numbers, therefore, reveals an insightful layer of subtle complexity in the Book of Mormon.