Book of Mormon Central / KnoWhys
Why Was Moroni’s Young Age an Advantage? 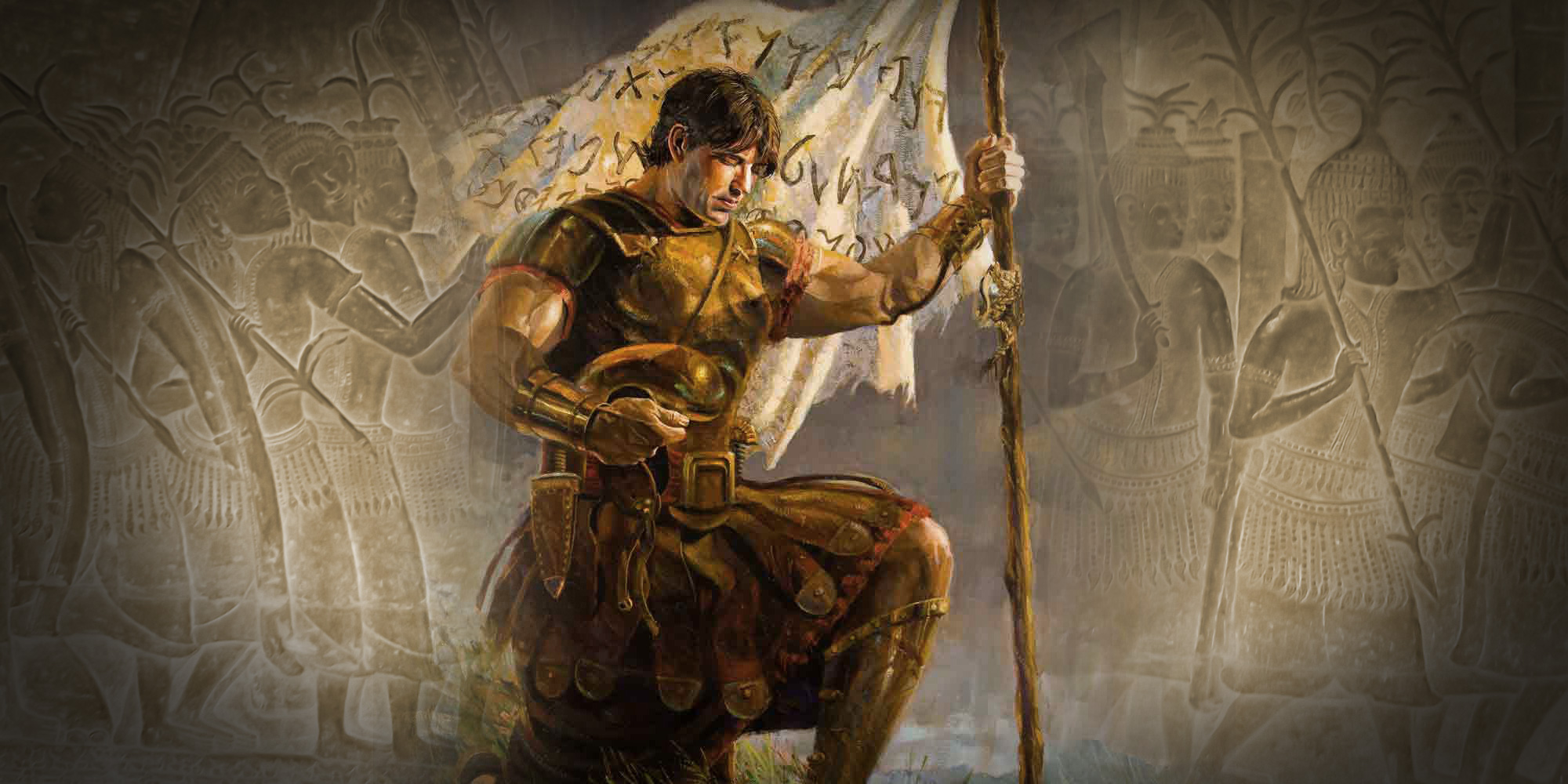 Captain moroni and the Title of Liberty by Jeremy Winborg
“And Moroni took all the command, and the government of their wars. And he was only twenty and five years old when he was appointed chief captain over the armies of the Nephites"

After including in his record much of Alma’s counsel to his three sons, Mormon picked up where he had left off in giving his historical narrative report “of the wars between the Nephites and the Lamanites” (Alma 43:3). Nearly all of the remainder of the book of Alma (Alma 43–62) gives one detailed account after another of battles and strategies used during a period of extensive warfare. At the head of the armies at this pivotal time was one Moroni, who “took the command of all the armies of the Nephites” at the age of 25, in the eighteenth year of the Nephite reign of judges (Alma 43:16–17).

Despite his youth, Moroni proved to be an effective military commander. There seem to be two reasons for Moroni’s success: (1) he implemented innovative defensive measures; and (2) he sought and followed prophetic counsel.

Douglas J. Bell, a former BYU professor and officer in the U.S. Army, succinctly listed Moroni’s innovative leadership practices: “he creatively fortified his cities, designed body armor, and motivated every city with the Title of Liberty.”1

The first innovation mentioned is the protective armor with which Moroni equipped his men (Alma 43:19).2 Earlier mentions of armor are rare and vague.3 David E. Spencer, a professor of counterterrorism and insurgency, suggested that prior to this point, individual soldiers were responsible for arming themselves.4 This probably resulted in uneven or inadequate armor for the rank-in-file. Under Moroni’s command, each soldier was equipped with a full ensemble of protective gear, which included breastplates, arm-shields, head-shields, and thick clothing.5 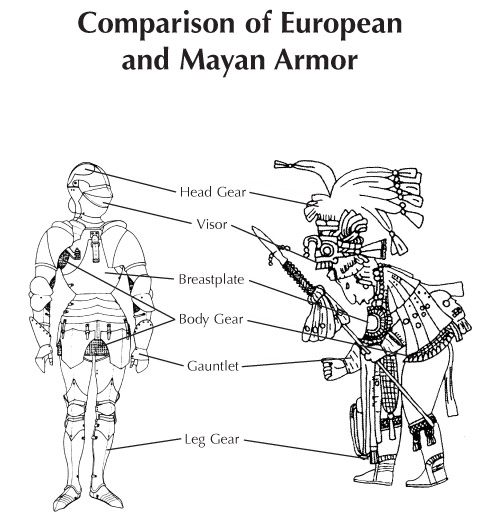 Each of these innovations may have been borrowed from nearby cultures or earlier antecedents which had previously been forgotten. For example, a similar ensemble of armor was known in pre-Columbian Mesoamerica.9 Comparable earthwork fortifications are known among the Israelites and various pre-Columbian American cultures,10 and in Mesoamerica, a proliferation of such fortifications can be confidently dated to the Late Preclassic period, coinciding with the time of Moroni.11 Battle standards are also well attested in many cultures from both the Old and New Worlds, including the Israelites and Mesoamerican peoples.12

2. Seeking and Following the Prophet

In addition to the physical preparations, Moroni sought and followed the guidance of the Lord. Before going to rally the people with his battle standard, “he bowed himself to the earth, and he prayed mightily unto his God” (Alma 46:13). In the first battle under his command, he “sent certain men” to the prophet, Alma, “that he should inquire of the Lord whither the armies of the Nephites should go to defend themselves against the Lamanites” (Alma 43:23). As a result, the Lord revealed the activities of the Lamanite army, and Moroni was able put his troops in place to cut off the Lamanite soldiers.

Moroni was not the first to draw on the prophet for guidance in wartime (see Alma 16:5–6). In fact, he was part of a long-standing Israelite and ancient Near Eastern tradition.13 While innovative in so many ways on the battlefield, he proved willing to continue on in righteous traditions like this one, much to his benefit and success.

Moroni’s age likely played a crucial role in the Nephites’ military successes. As a young military captain, he was particularly open to applying and adapting military technology present or emerging within wider society.14 Similarly, younger leaders today may have an advantage in using innovative technologies to further the Lord’s work. Elder David A. Bednar taught, “The youth can offer much to older individuals who are uncomfortable with or intimidated by technology.”15 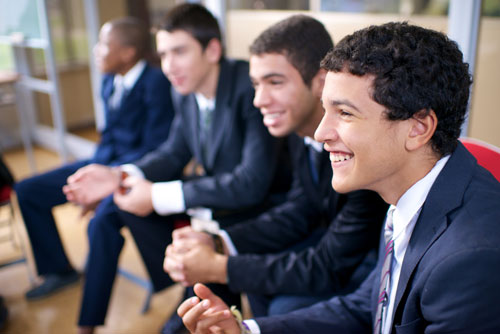 Not only did Chief-Captain Moroni help his soldiers physically and spiritually clothe themselves in the armor of God,16 but he also demonstrated the importance of humbly heeding prophetic counsel. Rather than simply relying on his own gifts in military strategy, Moroni looked to Alma for divine revelation and guidance. John Bytheway, a prominent LDS author and youth speaker, insightfully commented, “Prophets know where the enemy will attack and can prepare us to meet the threat!”17

After demonstrating how heeding the words of a living prophet had blessed his own life, President Russell M. Nelson has testified:

Prophets see ahead. They see the harrowing dangers the adversary has placed or will yet place in our path. Prophets also foresee the grand possibilities and privileges awaiting those who listen with the intent to obey. I know this is true! I have experienced it for myself over and over again.18

Moroni followed divine counsel in wartime preparations and by so doing succeeded in the face of impossible odds. He not only preserved the Nephite people from a dangerous adversary, but he also secured his place in Nephite history. President Nelson directly declared, of the millennial generation of the church—those who are close to the same age as Moroni was when he assumed command of the Nephite armies:

As a True Millennial whom the Lord can count on, you will make history too! You will be asked to accept challenging assignments and become an instrument in the Lord’s hands. And He will enable you to accomplish the impossible.19