Why Does Abinadi Use the Phrase "the Bands of Death"? 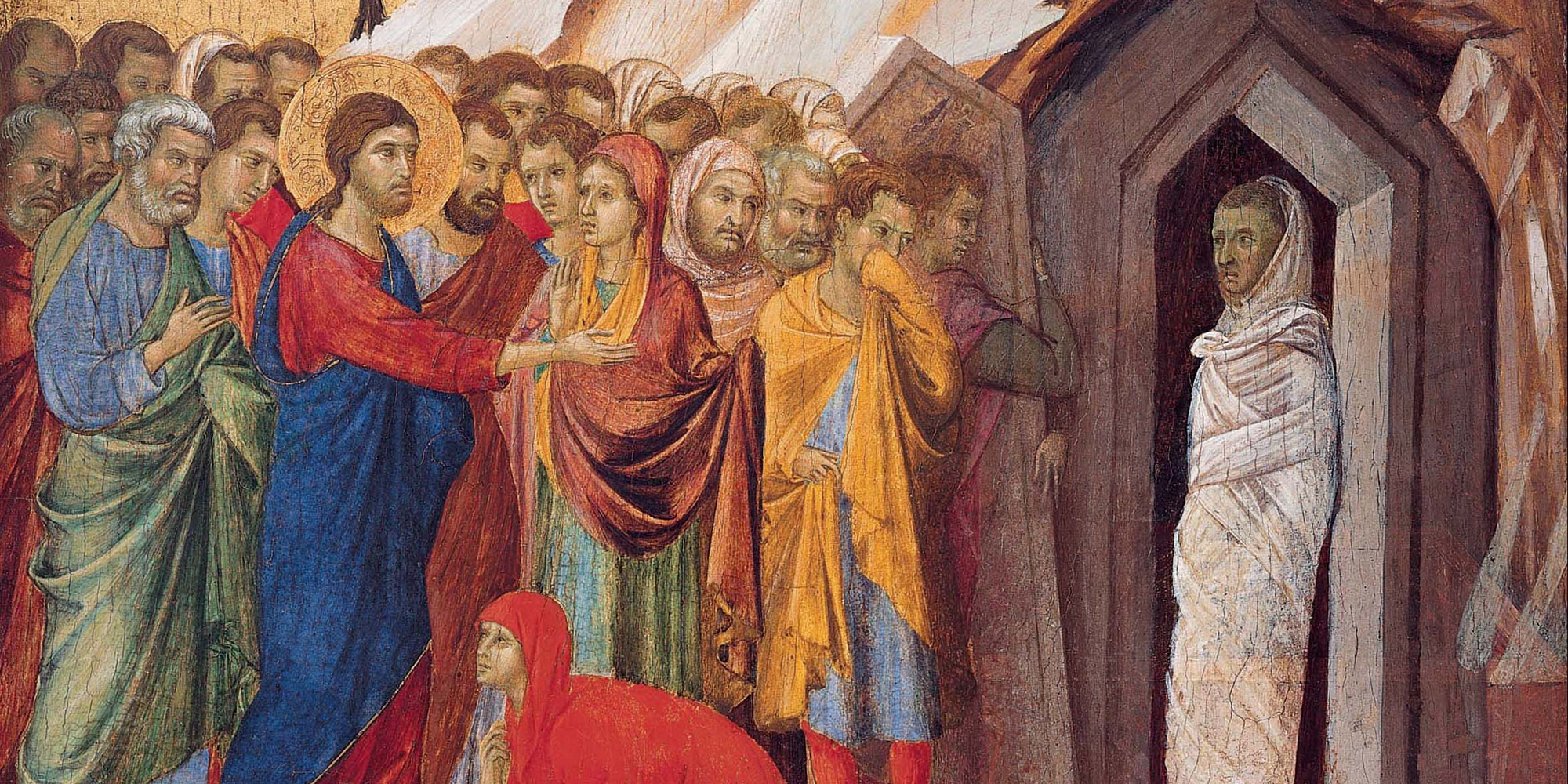 The Raising of Lazarus, Duccio di Buoninsegna. Image via Wikimedia Commons
"And thus God breaketh the bands of death, having gained the victory over death; giving the Son power to make intercession for the children of men"

As Abinadi explained to the priests of Noah the manner in which God would gain “victory over death,” he declares that God “breaketh the bands of death” (Mosiah 15:8, emphasis added). This phrase in English is exclusive to the Book of Mormon in the LDS Standard Works,1 and it appears for the first time here. Abinadi used the phrase four more times (Mosiah 15:9, 20, 23; 16:7) and it is employed frequently in the teachings of Alma the Younger, whose father, Alma the Elder, was converted by Abinadi’s teachings.2

There is no way to know for certain how Abinadi knew this phrase and why it does not appear in the Book of Mormon prior to his use of it.  The exact phrase never appears in the King James Version of the Bible at all; although Psalm 73:4 (“For there are no bands in their death”) and Psalm 107:14 (“He brought them out of darkness and the shadow of death, and brake their bands in sunder”) carry similar wording and meaning.

There is, however, a phrase in the Hebrew of the Old Testament—heveli-mot—that can be translated “bands of death” (as in the Darby Bible Translation). The phrase appears in Psalms 18:4 and 116:3, where it is translated variously as “cords of death” (Psalm 18:4; NIV, ESV, NASB, ISV, ASV, ERV, WEB), “ropes of death” (NLT, HCSB), or “snares of death” (Psalm 116:3; ESV), although the KJV renders it as “sorrows of death.” 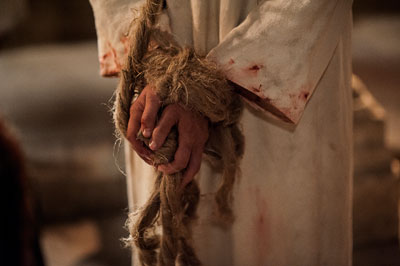 The Psalmist expresses well the horror of being caught in these bands, or cords, of death and hell: “The cords of death encompassed me; the torrents of destruction assailed me; the cords of Sheol entangled me; the snares of death confronted me” (Psalm 18:4, ESV).

The Hebrew word hevel expresses an impressive array of meanings, including “cord, rope, band, snare” or “pain, pang, travail”—symbols of captivity and subjection. It can also refer to “binding” or “pledging,” as in the binding nature of a covenant. In a similar sense, it can refer to the covenant people or land (the “allotted” or “measured” portion; see Deuteronomy 32:9; Psalm 78:55), as it signifies the “measuring-cord” that is used to measure out the inherited portion, the temple, or one’s fortune/destiny (see Psalm 16:5).3 It appears that the word was used for that which could bind you either to the pain and sorrow of death and hell or to the promised blessings and inheritance of the Lord.

Further, it is noteworthy that the word hevel is often used in the context of biblical symbolism for redemption. For example, one of the ways the word is used is in reference to the pains of labor when a woman gives birth, which imagery is used metaphorically for the exile and trials of the covenant people. This can be seen in Isaiah 26:16–18, where it says of Israel and their apparent failure to obtain his promised blessings:

Lord, in trouble have they visited thee, they poured out a prayer when thy chastening was upon them. Like as a woman with child, that draweth near the time of her delivery, is in pain, and crieth out in her pangs (hevel); so have we been in thy sight, O Lord. We have been with child, we have been in pain, we have as it were brought forth wind; we have not wrought any deliverance in the earth; neither have the inhabitants of the world fallen. 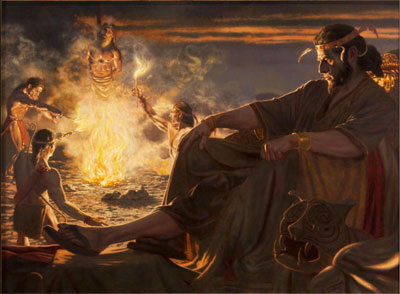 In the next verse (Isaiah 26:19, KJV), the Lord responds with the promise to Israel that “thy dead men shall live, together with my dead body they shall arise,”4 and declares that He would finally come in judgment to redeem His people.

Similar childbirth and atonement/redemption imagery can be found in Isaiah 37:3, Hosea 13:9–14,5 Micah 4:9–10, in the Dead Sea Scrolls (1QHodayota XI:8–11), and in the New Testament in John 16:20–22 (see also Revelation 12). Most of these passages speak of the people of Israel going through a time of crisis (which is compared to a woman in the pain of childbirth) and then being delivered by the promised king, the Messiah. This symbolism emphasizes both the sorrow and pain inherent in the word hevel, but it also signifies the fulfilling of the eternal covenants that the Lord has made with His people. Also found in this connection is the image of breaking free or breaking through, whether it be the waters of birth breaking or the breaking free of restraints, sorrows, pains, and so on.

It is interesting to note how all of this imagery parallels that of baptism: the descent into the water, death, being raised up and emerging forth from the water, being born again with new life. Psalm 18, with its use of the word hevel, is a poignant example of this. The psalm presents a royal figure (v. 50) suffering in the "bands of death" and drowning in the "floods of destruction" (v. 4, translating the Hebrew). The king cries out to God and is then saved miraculously. Verse 16 states: "He reached down from on high and took hold of me; he drew me out of deep waters" (NIV). Verse 19 then implies that the king has ascended to a safe place, perhaps to heaven. This baptismal-type imagery, along with that of birth, breaking the bands of death, and the other symbols discussed, paint a consistent picture of the salvation that God provides for His righteous children.

Abinadi’s phrase, “bands of death,” although appearing to be original or unprecedented in the scriptures, actually has some surprising parallels in the holy writings of ancient Israel. These parallels, involving the Hebrew word hevel, are very much in line with Abinadi’s usage.

There are significant similarities between the biblical and early Jewish passages discussed above and Abinadi’s treatment regarding the coming of Christ to save his people. Furthermore, Abinadi gives more detail than other sources. For example, Isaiah 26:19 may or may not be referring to the resurrection of the Messiah, but for Abinadi there is no question that Christ’s death and resurrection will break the bands of death. He declares:

Yea, even so he shall be led, crucified, and slain, the flesh becoming subject even unto death, the will of the Son being swallowed up in the will of the Father. And thus God breaketh the bands of death, having gained the victory over death; giving the Son power to make intercession for the children of men…But behold, the bands of death shall be broken, and the Son reigneth, and hath power over the dead; therefore, he bringeth to pass the resurrection of the dead. And there cometh a resurrection, even a first resurrection; yea, even a resurrection of those that have been, and who are, and who shall be, even until the resurrection of Christ—for so shall he be called. (Mosiah 15:7–8, 20–21) 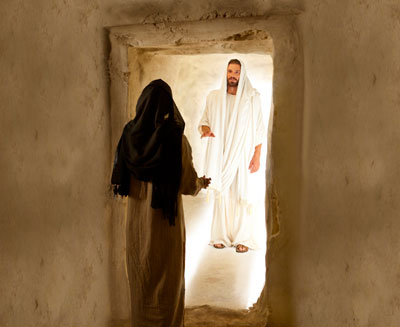 Abinadi's imagery of the Son becoming "subject even unto death" and being "swallowed up" is very much in line with the metaphors of drowning and baptism discussed above. Christ then "breaketh the bands of death" and, in Mosiah 15:9, "ascended into heaven" as did the king in Psalm 18. Because Christ has broken the bands of death, the "children" of God are enabled to be born again, to come forth from death into eternal life (Mosiah 15:30). The richness of the symbolism of redemption found in the Old Testament is present in the words of Abinadi, in new and powerful expressions.

The likelihood that Abinadi was familiar with these nuances of the Hebrew word hevel and purposefully used the phrase heveli-mot, or “bands of death” in English, even though this phrase does not appear in the KJV Bible, adds depth to our understanding of Abinadi’s words. It also adds another detail in support of the historicity and truthfulness of the Book of Mormon. Abinadi assuredly knew well these key concepts of the Hebrew words and texts and understood their relevance and applicability to the mission of the Messiah, the Son of God.

David E. Bokovoy and John A. Tvedtnes, Testaments: Links between the Book of Mormon and the Hebrew Bible (Tooele, UT: Heritage Distribution, 2003), 86–87.