Book of Mormon Central / KnoWhys
How is Christ Both the Father and the Son? 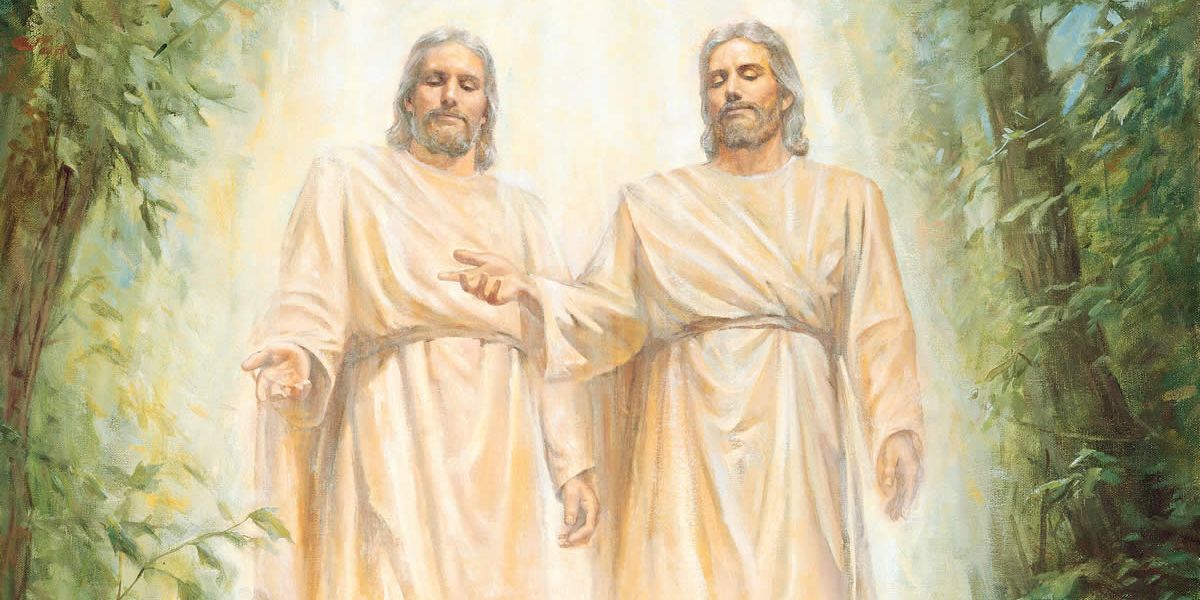 The First Vision by Del Parson
“And because he dwelleth in flesh he shall be called the Son of God, and having subjected the flesh to the will of the Father, being the Father and the Son.”

As the priests of the apostate King Noah interrogated him, the prophet Abinadi exhorted, “I would that ye should understand that God himself shall come down among the children of men, and shall redeem his people.” Because “he dwelleth in the flesh,” Abinadi clarified, “he shall be called the Son of God, and having subjected the flesh to the will of the Father, being the Father and the Son.” Therefore, he can be called “the Father, because he was conceived by the power of God; and the Son, because of the flesh; thus becoming the Father and Son.” As Abinadi concluded, “And they are one God, yea, the very Eternal Father of heaven and of earth” (Mosiah 15:1–4).

This somewhat perplexing teaching has received much attention by Latter-day Saint doctrinal and scriptural commenters.1 While views on this passage are somewhat varied, the point most interpreters derive is that this passage is about and fluidity of Christ’s titles and roles, not that He is “one God” with the Father as in a Trinity. 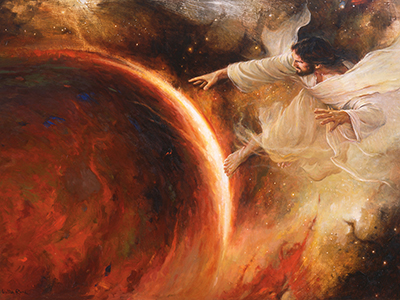 The First Presidency and Quorum of the Twelve clarified in a 1916 doctrinal treatise that Christ is the “father” in that He is the creator of the earth, the “father” of those who accept his gospel, and has the authority of God the Father by divine investiture.2 This is affirmed in the Book of Mormon by prophets such as Benjamin, who declared, “And he shall be called Jesus Christ, the Son of God, the Father of heaven and earth, the Creator of all things from the beginning” (Mosiah 3:8; cf. Helaman 14:12).3 Taken in isolation, it would be easy to read Mosiah 15 as somehow teaching the doctrine of the Trinity. However, this reading quickly breaks down when the passage is viewed more broadly within the backdrop of the Book of Mormon’s overall theology about God the Father and his Son (cf. 3 Nephi 1:14; 9:15; 20:31; Mormon 9:12; Ether 3:14).4

It is also significant how this passage is illuminated when read in an ancient Mesoamerican context. Mark Alan Wright and Brant Gardner have commented on the so-called ancient Mesoamerican “deity complexes,” or the phenomenon in which  “a single god could be represented with a variety of differing characteristics or manifestations. Their names, attributes, and domains of influence were fluid, yet they retained their individual identity. Each of the elaborations that a modern reader might see as a different deity was actually considered to be merely an elaboration of the complex essence of one particular deity.”5In other words, ancient Maya religion allowed for a single deity to take on a number of interchanging titles and attributes, but remain a single, unique deity.

With this in mind, Wright and Gardner argued that “Abinadi’s explanation in Mosiah 15 of how Christ is both the Father and the Son could also be read as an example of multiple manifestations of a single deity,” and therefore can easily be understood as an ancient Nephite version of the Maya deity complex. What changes isn't Christ's inherent nature or relationship to God the Father (they don't suddenly become “one God” in a Trinitarian sense), but rather the roles, attributes, and titles Christ carries based on the context of how he's being depicted or described.

Wright and Gardner emphasize that the Nephites lived in a world that “might” easily reenvision the Nephite God (with multiple names) as a deity complex, being composed of distinctive manifestations in different circumstances. As such, “The Book of Mormon can be read as teaching that each deity [i.e. God the Father and Jesus Christ] had his own identity and at times was described in terms of different manifestations.”6 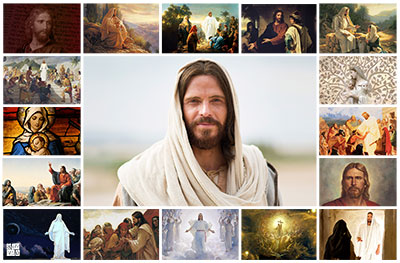 Book of Mormon prophets taught that Jesus fulfilled a number of roles and could therefore rightly carry many titles. He is therefore called, for example, God’s Only Begotten Son (Jacob 4:5), the Eternal Judge (Moroni 10:34), the Holy Messiah (2 Nephi 2:6), the King of Heaven (2 Nephi 10:14), the Mediator (2 Nephi 2:28), the Messiah (1 Nephi 1:19), and the Redeemer of Israel (1 Nephi 21:7). In fact, Susan Easton Black has documented well over 100 different names or titles for Jesus in the Book of Mormon, each one “signif[ying] an attribute or characteristic of Christ and reveal[ing] something unique, essential, and deeply inspirational about him.”7

Understanding this wide-spread practice allows modern readers to relate to the strong inclination of many ancient cultures to shower their deities with numerous titles and appellations. According to Wright and Gardner, “The Maya deity complexes similarly expanded the qualities of the underlying deity, albeit with a more complete elaboration than just a name.”8

Comprehending this fullness of names used for Jesus Christ in the Book of Mormon helps readers to appreciate His many roles, attributes, powers, positions, and personal qualities. Contemplating this array also draws to attention the personal relationships that each major writer in the Book of Mormon individually had with their Holy Messiah, their mighty Savior, and the Son of the Everlasting God.9 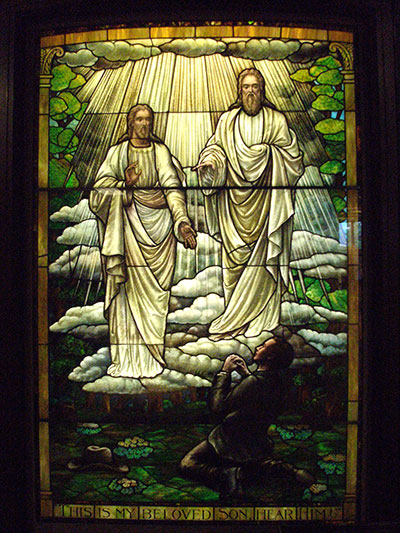 By viewing the Book of Mormon in this light, readers can more fully appreciate the variety of formulas used in the text to explain the relationship between the Father and the Son. This of course includes Abinadi’s discourse, which focused on Christ’s role as the God of Israel and father of creation condescending to earth to atone for His people (cf. 1 Nephi 11).

As Paul Y. Hoskisson has written, “There can be no doubt that Abinadi knew the Savior, that he knew about the Savior, and that he understood the unique role and nature of the Savior many years before Christ would condescend to be born among the children of Adam.”10

Each of these formulas, accordingly, significantly contain unique meanings and therefore, in many ways, invite all readers of the Book of Mormon to come unto Him, to think carefully about how Christ fulfills for them His various roles under the direction of his Father, and to succeed in becoming more like Him in word and in deed.