Why Did Abinadi Stretch Forth His Hand as He Prophesied? 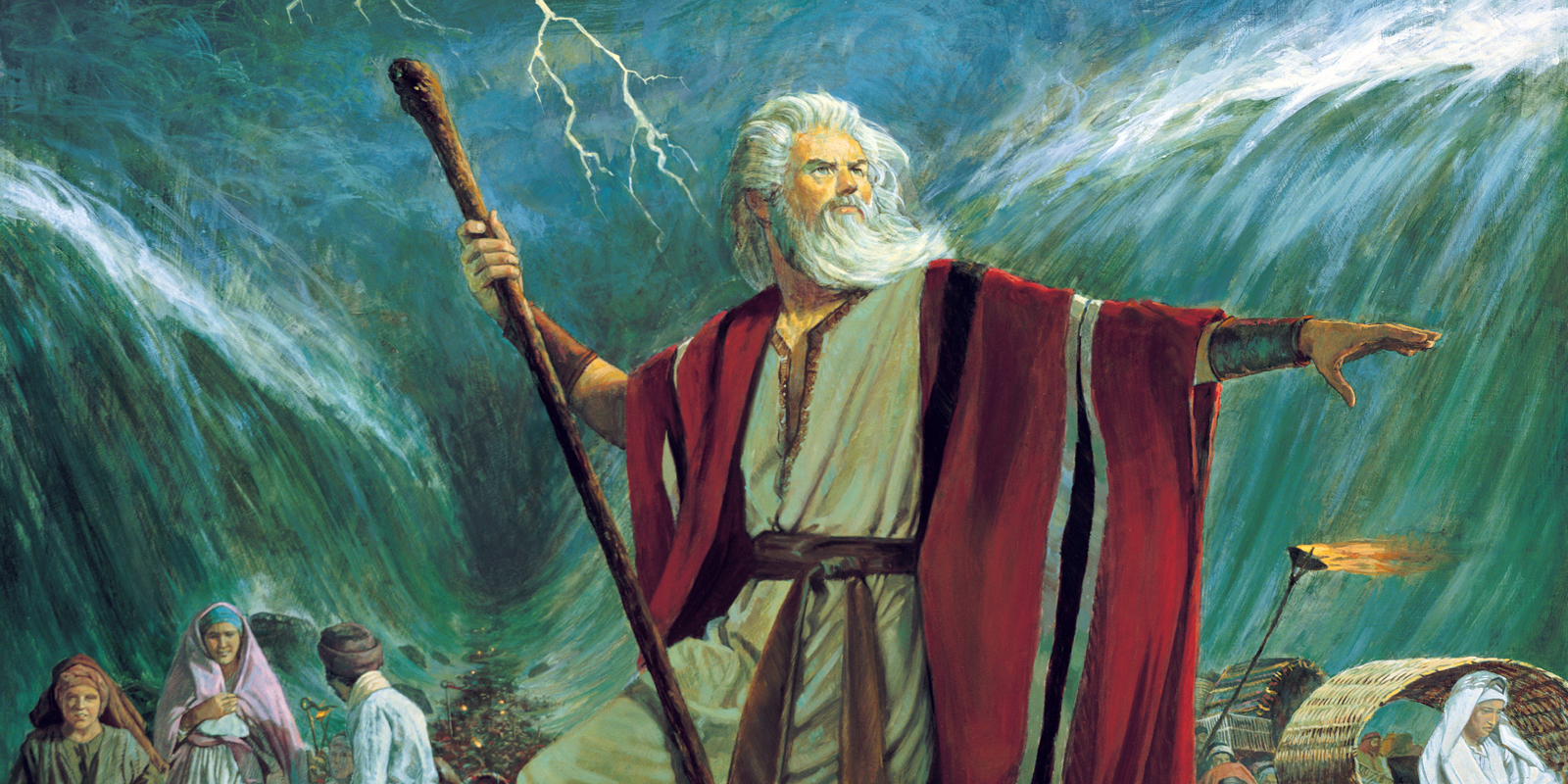 Like Moses as he raised his hands to part the red sea, Abinadi raised his hands as he prophesied to King Noah’s court. This emphasized his God-given authority. Image by Robert T. Barrett
“And now, it came to pass that after Abinadi had spoken these words he stretched forth his hand.”

Abinadi’s confrontation with the wicked king Noah and his priests (Mosiah 12–16) concluded with the prophet enacting a dramatic gesture. The text records that “after Abinadi had spoken these words he stretched forth his hand and said: The time shall come when all shall see the salvation of the Lord; when every nation, kindred, tongue, and people shall see eye to eye and shall confess before God that his judgments are just” (Mosiah 16:1).

The added detail of Abinadi raising or stretching out his hand (or “hands” in the Printer’s Manuscript1) as he prophesied may seem insignificant, but as David Calabro has observed, “The gestures described in passages of scripture, rather than being just incidental ornaments, contribute to the meanings of those passages; understanding the meanings of gestures therefore leads to a fuller understanding of the scriptural message.”2 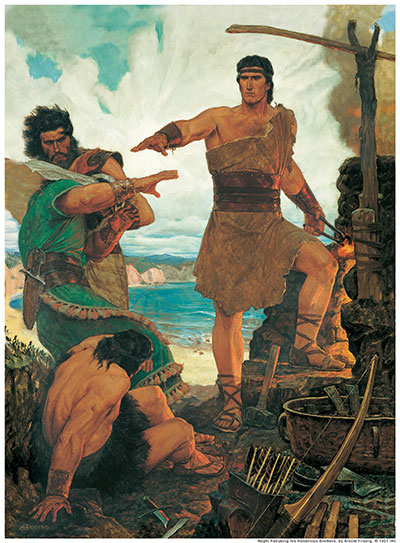 In the case of stretching forth the hand(s), which is found throughout the Book of Mormon as a prophetic gesture (1 Nephi 17:54; Mosiah 12:2; Alma 10:25; Alma 13:21; 15:5; 19:12; 32:7; 3 Nephi 11:9; 12:1), Calabro suggests that this action “seems to increase the force or urgency of the speech” being delivered by the prophet.3 In stretching forth their hand(s), the prophets increase the drama or emotional appeal in their pleadings with their audiences to hearken to their words. This makes perfect sense in the context of Abinadi’s final message in Mosiah 16, which urgently warned of God’s judgment and punishment of the wicked and unrepentant.

Additionally, Calabro noted how this gesture in the Book of Mormon finds a home in the ancient world. The Hebrew Bible, for instance, records how Moses “stretched out his hand over the sea” in leading the Israelites out of Egypt (Exodus 14:21, 27).4 Thus stretching forth the hand(s) would seem in some cases to also convey supernatural ability. Additionally, ancient Egyptian iconography portrays actions of speech “in which an individual stretches forth the hand in vertical position toward the addressee.”5 That being said, this gesture may serve several purposes, as the Book of Mormon’s uses of the ritual gesture of stretching forth the hand(s) carry, in Calabro’s words, a “diversity of interpretations” or meanings depending on the context of the passage.6

Readers of the Book of Mormon should be attentive to the small details in the text, since it’s often the small details that illuminate the text most meaningfully. “Understanding how [ritual] gestures [in the Book of Mormon] function helps to illuminate the scriptural passages in which they are mentioned,” Calabro concluded. “For example, knowing that the stretched-forth hand accompanying speech is [often] a plea for contact and acceptance makes Abinadi’s use of the gesture while delivering a message that would lead to his martyrdom especially vivid.”7 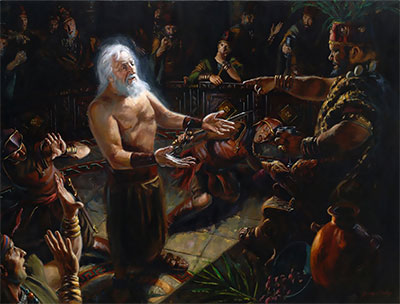 In stretching forth his hand, Abinadi increased the force, drama, urgency, and emotional appeal of his strong words to King Noah and his priests. Abinadi’s gesture, like Moses raising his hand over the sea, would have signaled to Noah’s court a supernatural warning and a divine presence.

Much like stage actions accompanying a spoken recitation, the actions of the participants in a given account as described in the Book of Mormon add meaning, substance, and depth to the narrative. They may also illustrate the text’s ancient cultural context.8

With all of this in mind, attentive readers can draw vivid meaning from the scirptures. Just as the prophet Abinadi stretched forth his hand to the stubborn priests of Noah, his powerful words continue to reach out to readers everywhere who earnestly desire to see the salvation of Lord and to confess to God that His judgments are just.