Why Did Jesus Quote All of Isaiah 54? 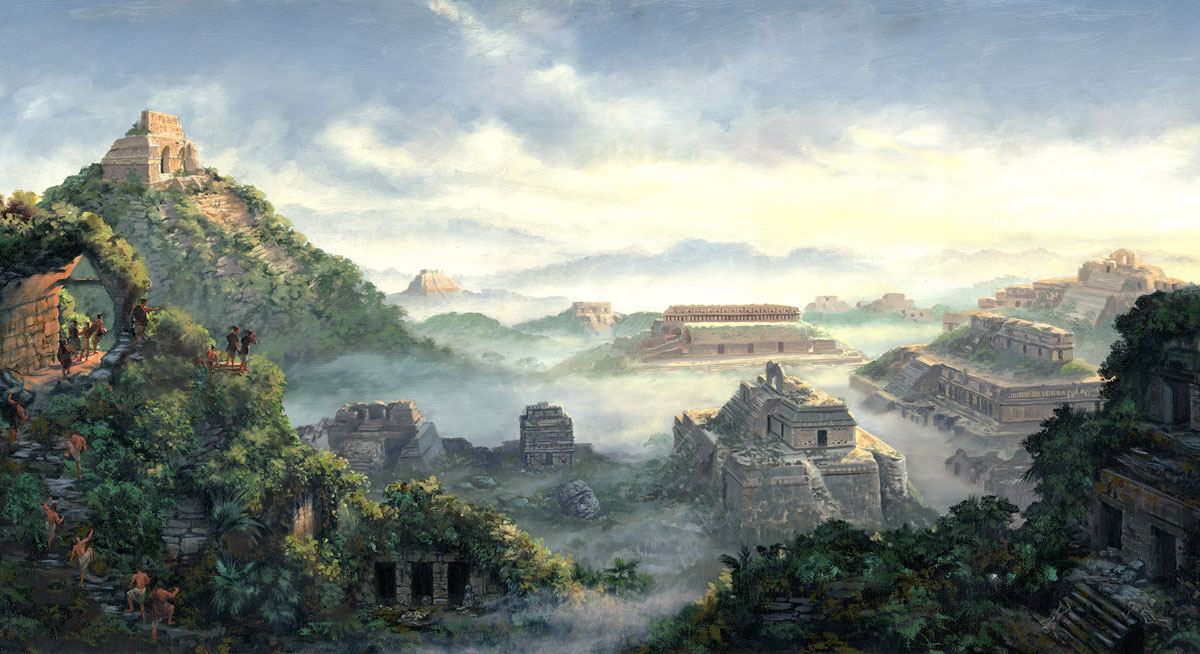 Dawn on the Land of Desolation, James Fullmer
"For thy maker, thy husband, the Lord of Hosts is his name; and thy Redeemer, the Holy One of Israel – the God of the whole earth shall he be called."

Jesus, at the conclusion to His great covenant speech, quoted Isaiah 54 in its entirety (3 Nephi 22).1 It was custom in the ancient Near East to conclude a covenant with promised blessings. As such, Jesus seems to have quoted the chapter as a way of promising blessings at the end of His covenant to the people. In doing so, He readdressed Isaiah 54 to the Nephites, helping them to apply it directly to their own circumstances. By carefully comparing Isaiah 54 to the Nephites’ circumstances one can see how Isaiah 54 may have had a strong impact on Christ’s audience, showing them the blessings God was promising them.

Isaiah 54 begins with an analogy about women and barrenness (3 Nephi 22:1; Isaiah 54:1). The formerly desolate woman will have to “enlarge the place of [her] tent” in order to fit all the children she will eventually bear (v. 2).2 Isaiah explained that this is symbolic of Israel, who will flourish such that there will not be room for them (v. 3). 3 Though Isaiah was originally addressing the people of his own time, these verses would likely have brought hope to the Nephites. Just as Israel would flourish after facing disaster and desolation of war, the Nephites would also flourish after the disasters that had befallen them in 3 Nephi 8.4 They too would spread out again across the land and “inhabit” the cities the destruction left “desolate,” as Isaiah had said. 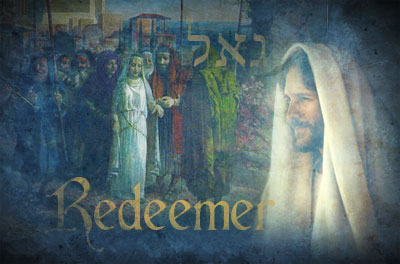 Isaiah then continued with the image of the barren woman, telling Israel that the pain and shame of the past would be erased. Just as a widow could get married again to her husband’s brother, called a “redeemer,” so Israel would someday be symbolically remarried to the Lord through covenants, despite suffering in the past (3 Nephi 22:4–6; Isaiah 54:4–6).5 For the Nephites, the shame of the past was fresh, as they had recently rejected the covenant with the Lord. But the Lord assured them that He, “the God of the whole earth” would covenant with them as well, despite their rejection of past covenants (3 Nephi 22:5; Isaiah 54:5).

Isaiah then stated that it might have seemed like the Lord had “forsaken” them “for a moment ... but with everlasting kindness” He would “have mercy on” them. Just as Christ promised that the earth would not be destroyed again by a flood, so He promised that He would not punish His people again in such a devastating way.6 The same “mountains” and “hills” that had been covered up in Noah’s flood would eventually crumble to dust.7 Yet God’s covenantal “kindness” would “not depart from” them, “and the covenant” of his “peace” would never “be removed” (3 Nephi 22:7–10; Isaiah 54:7–10).

The Nephites may have felt like God had “forsaken” them when they experienced the destruction of so many of their cities. “Mountains” had literally “departed” and “hills” had literally been “removed” when the great destruction fell upon the Nephites (3 Nephi 8:9–12). So these verses would have emphasized the truly permanent nature of God’s covenantal peace compared to even the seemingly-permanent mountains. 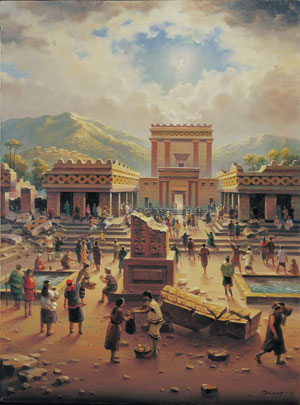 Isaiah then told those who were “tossed with tempest” that their wealth would return to them and be even greater than anyone could imagine (3 Nephi 22:11–12; Isaiah 54:11–12).8 For people who had literally experienced a “great and terrible tempest” knowing God would rebuild their lives would be encouraging (3 Nephi 8:6). 3 Nephi 22:13 (cf. Isaiah 54:13) states that “all thy children shall be taught of the Lord; and great shall be the peace of thy children.” When Isaiah said the children would be “taught of the Lord,” he may have meant that they would be “taught about the Lord.”9 However, this phrase could also mean, “taught by the Lord,” which is exactly what happened when Christ was among the Nephites (3 Nephi 17:11).10

Finally, Isaiah stated that the people would be established in righteousness and peace, and that no foreign or domestic enemies would triumph over them.11 The Lord was the one who created the blacksmiths that make weapons and the soldiers who use them, so He would certainly be able to protect His people (3 Nephi 22:14–17; Isaiah 54:14–17).12 For a society that had been steeped in war and rebellion for so many years, and had just been completely destroyed, this assurance of protection would likely have been an unimaginable relief.

Nephi, the son of Lehi, said that he “did liken all scriptures unto us, that it might be for our profit and learning” (1 Nephi 19:23). Yet for some modern readers of the Book of Mormon, relating the scriptures to themselves may seem difficult to do. Thankfully in 3 Nephi 22, Jesus Himself showed how this could be done.13 Christ quoted a chapter of Isaiah that would have related to them on both a literal and figurative level, showing the Nephites how some parts of the scriptures could connect directly to their lives. 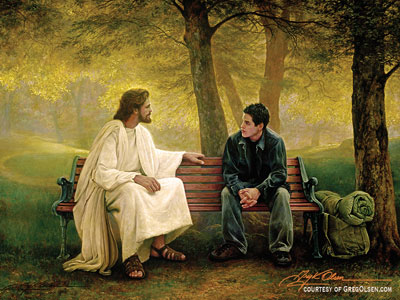 Thus, Christ’s use of the scriptures provides a pattern for readers of the Book of Mormon today. There are often occasions where events described in the scriptures parallel events in modern life. On those occasions, Christ seems to suggest, one can easily “liken” the scriptures directly to one’s own life. If one finds oneself in a difficult corporate environment, for example, the story of Daniel’s dealings with his colleagues might be instructive (Daniel 6). Isaiah’s pleas to help the poor seem like they were written yesterday (Isaiah 3). For anyone who has taken on new responsibilities and feels overwhelmed, Peter’s experience taking the lead of the early Christian church is encouraging (Acts 1).

Christ showed the Nephites, and all who read the Book of Mormon, that the scriptures can apply directly to them. Isaiah 54 was at least half a millennium old, and was written in the Old World under totally different circumstances, when Jesus quoted it to the Nephites.14 Yet it applied precisely to their circumstances. In the same way, the scriptures can still apply directly to the modern reader. Though parts of the scriptures were written in the remote past, they are not remote texts.