Book of Mormon Central / KnoWhys
When Did Mormon Write His Letter Recorded in Moroni 9? 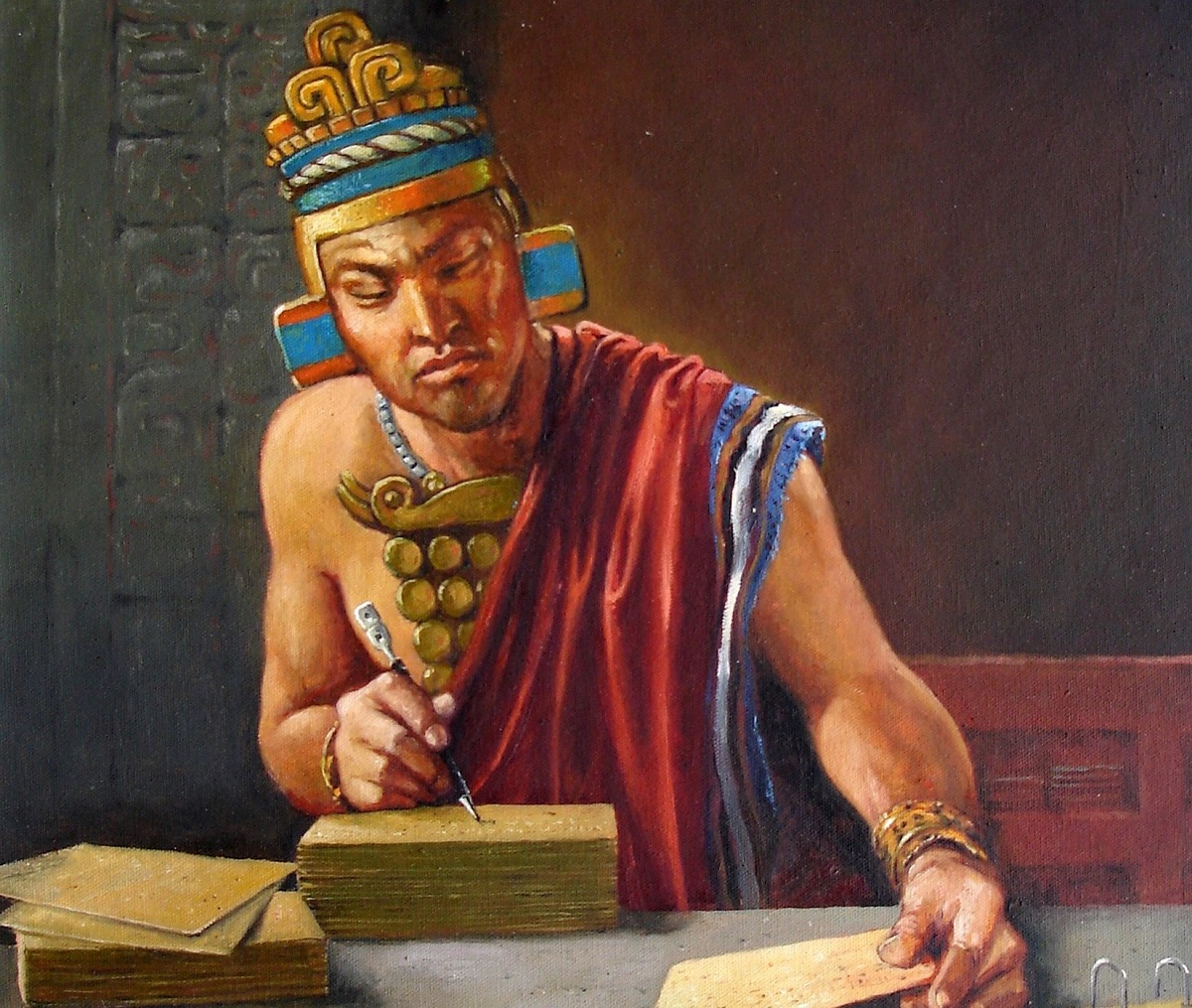 "Ultimas Paginas (2)" by Jorge Cocco
“My beloved son, I write unto you again that ye may know that I am yet alive; but I write somewhat of that which is grievous.”

Moroni 9 contains a letter from Mormon, written to his son Moroni, which describes the spiritual decline of their people.1 Although Mormon never said when he wrote this letter, it may be possible to identify its historical context and the approximate date of its composition by comparing its details with Mormon’s own record.2 In particular, it appears that the contents of Mormon’s letter correlate with the historical events and spiritual themes found in Mormon 4, 5, and 6.

In his letter, Mormon stated, “I have had a sore battle with the Lamanites, in which we did not conquer” and in which “we have lost a great number of our choice men” (Moroni 9:2). This battle likely took place during a series of Nephite retreats and losses reported in Mormon 5:3–7, which occurred after Mormon resumed his command of the Nephite armies. 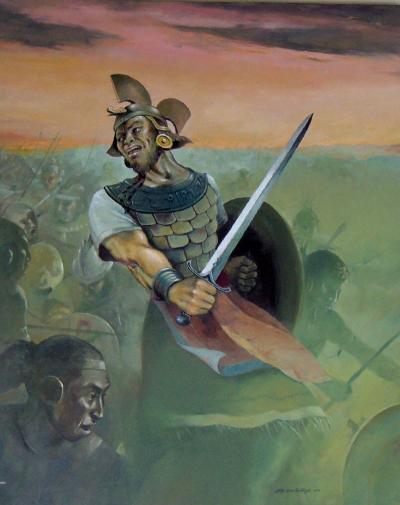 In Moroni 9:4–5, Mormon mentioned that the Nephites had “harden[ed] their hearts” against the word of God and that “so exceedingly do they anger that it seemeth me that they have no fear of death; and they have lost their love, one towards another.” Likewise, in Mormon 4 we learn that “every heart was hardened” (v. 11) and that the Nephites “did go against the Lamanites with exceedingly great anger” (v. 15). In each case, a desire for “revenge” was a strong motivating factor (see Moroni 9:5; cf. Mormon 4:15).

In Moroni 9:6, Mormon declared, “And now, my beloved son, notwithstanding their hardness, let us labor diligently; for if we should cease to labor, we should be brought under condemnation.” This same theme, of continuing to strive for the Nephites’ spiritual welfare despite their wickedness, is found in Mormon 5:1: “And it came to pass that I did go forth among the Nephites, and did repent of the oath which I had made that I would no more assist them.”

Prisoners and the Suffering of Women and Children

Mormon reported to Moroni that “the Lamanites have many prisoners, which they took from the tower of Sherrizah; and there were men, women, and children” (Moroni 9:7; cf. Moroni 9:16). The taking of Nephite prisoners was also mentioned in Mormon 4:13–14: “And it came to pass that the Lamanites did … take many prisoners both women and children, and did offer them up as sacrifices unto their idol gods.” It is also implied in verse 21.3

Mormon declared that he knew his people “must perish except they repent” (Moroni 9:22). He also mentioned that “many of our brethren have deserted over unto the Lamanites, and many more will also desert over unto them” (v. 24). This matches the scene of destruction, desertion, and retreat found in Mormon’s own record. As his people lost battles and fled northward, Mormon declared that they “began to be swept off … even as a dew before the sun” (Mormon 4:18). Mormon’s prediction in Moroni 9:24 that even more Nephites would join the Lamanites was fulfilled in Mormon 6:15, which reports that some Nephites survived their last battle because they “deserted over unto the Lamanites.”4

Mormon wrote to Moroni, “I trust that I may see thee soon; for I have sacred records that I would deliver up unto thee” (Moroni 9:24). In Mormon 4:23 we learn that Mormon “did go to the hill Shim, and did take up all the records which Ammaron had hid up unto the Lord.” Then, at the Nephites’ final battle with the Lamanites, Mormon reported that he hid these records up at Cumorah, all except “these few plates which I gave unto my son Moroni” (Mormon 6:6).5

It is uncertain how long Mormon had been separated from Moroni when he composed his letter. Nor can it be determined how much time transpired between the events reported in his letter and the time of its composition. Yet, despite these uncertainties, several details of the letter suggest that it was written sometime between AD 375 and 380:

The above analysis indicates that Mormon’s letter was composed in a real historical setting which can be reliably approximated through a careful reading of the text. This type of internal consistency and realism provides a subtle evidence of the Book of Mormon’s historical authenticity.8 Mormon was a real person engaged in a terrible military conflict, and his personal letter to his son reflects the horrific circumstances of a specific period of his life and of Nephite history. 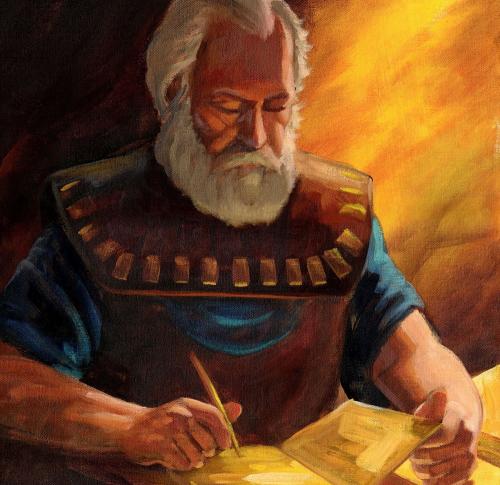 Understanding the context of this letter’s composition can also help us better understand its contents and why Moroni included it in his record in the first place. In one sense, Mormon’s personal letter acts as his final warning for latter-day readers. Mormon declared that if his people were destroyed, it would be because they were “like unto the Jaredites … seeking for blood and revenge” (Moroni 9:23). Just as Mormon could look back and see a relationship between his people’s impending destruction and the destruction of the Jaredites, modern societies can look to Mormon’s record and recognize that they face similar calamities if they don’t repent.9

Yet, despite his terrible grief, Mormon’s hope for a brighter future shines through.

My son, be faithful in Christ; and may not the things which I have written grieve thee, to weigh thee down unto death; but may Christ lift thee up, and may his sufferings and death, and the showing his body unto our fathers, and his mercy and long-suffering, and the hope of his glory and of eternal life, rest in your mind forever. (v. 25)

Few people have had more cause to be depressed and without hope than Mormon. His letter not only recounts the terrible atrocities of his people, but it also expresses his growing certainty that they would be destroyed. Recognizing the dismal historical context of Mormon’s letter only amplifies its profound message of hope and faith in Jesus Christ. Moroni likely saw this personal and intimate message of hope, in the face of such indescribable horrors, as a fitting summary of the Book of Mormon’s primary purpose.10

BMC Team, “Insights into the Life of Mormon from Moroni 9,” Book of Mormon Central Blog (December 8, 2020).