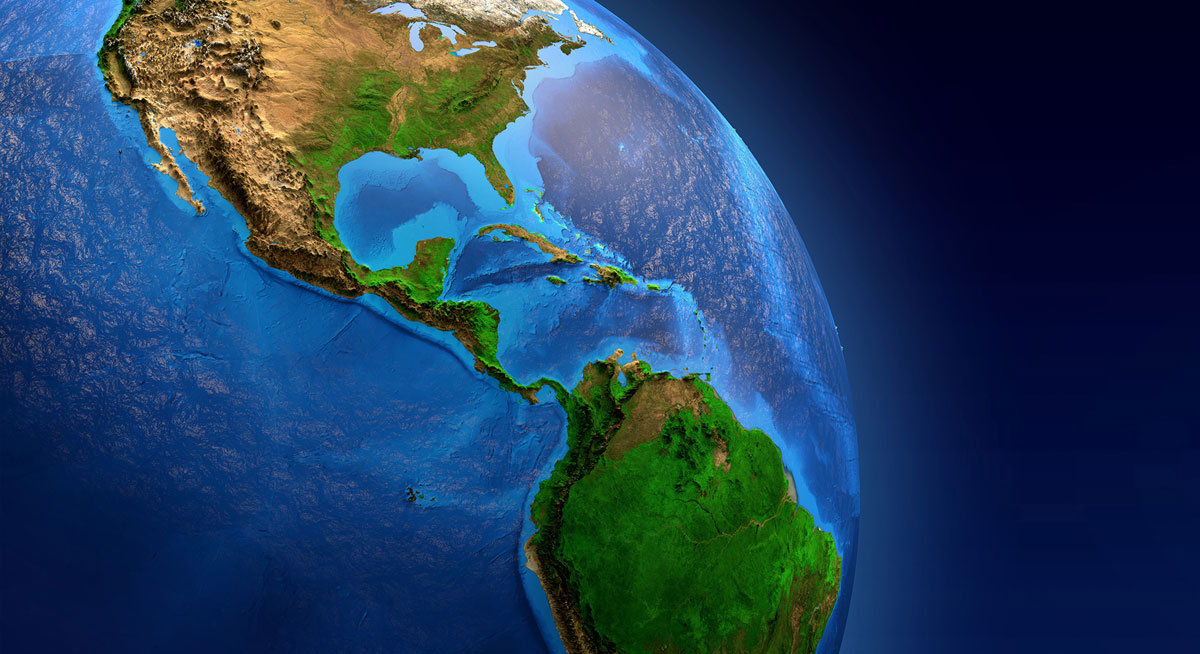 Interest in answering these questions began almost immediately after the Book of Mormon was published. Only months later, a group of missionaries, including Oliver Cowdery, were apparently telling people in Ohio that Lehi “landed on the coast of Chile.”1 A couple of years later, W. W. Phelps linked the land of Desolation to the mid-western United States, ranging from the Mississippi to the Rocky Mountains.2 The next year, Phelps got ahold of reports about ancient ruins in Guatemala with stones “cemented by mortar,” and argued that this find was “good testimony in favor of the Book of Mormon,” specifically the account in Helaman 3:3–11.3

Clearly, for early Latter-day Saints, events in the Book of Mormon were believed to have spanned the entire Western Hemisphere. Any and all ancient or pre-Columbian ruins and artifacts found throughout North, Central, and South America (known as a "hemispheric" geography approach) were quickly accepted as evidence of Book of Mormon peoples. Even Joseph Smith was not above the fray. In a letter to Emma while marching with Zion’s camp in 1834, Joseph Smith described their travels as “wandering over the plains of the Nephites” and “picking up their skulls & their bones, as a proof of its divine authenticity.”4

Years later, Joseph Smith received a book on Central American ruins as a gift. In a letter thanking the giver, he stated that it “corresponds with & supports the testimony of the Book of Mormon.”5 In 1842, while Joseph Smith was the editor, the Times and Seasons published several articles highlighting ruins in Central America as evidence for the Book of Mormon.6 Like his peers, the Prophet evidently believed that all ancient ruins and artifacts spanning across the American continents were evidence of Book of Mormon lands and peoples.

Although most early Latter-day Saints had a hemispheric understanding of Book of Mormon geography, there was no universally accepted model of Book of Mormon lands, and different opinions persisted about several topics. For example, while the idea that Lehi landed in Chile would grow to become a widespread tradition in the Church,7 under Joseph Smith’s editorship, the Times and Seasons stated that Lehi “landed a little south of the Isthmus of Darien,” that is, just south of Panama.8 In 1842, Parley P. Pratt seemed to place Desolation in Central America, contrary to Phelps earlier identification.9

Careful analysis of early writings on Book of Mormon geography reveals a diversity of ideas and opinions on the location of nearly every Book of Mormon place.10 By 1890, President George Q. Cannon noted there were several different and conflicting Book of Mormon geographies in circulation, and “no two of them … agree on all points.” President Cannon then made clear that the First Presidency did not endorse any of these maps because, “The word of the Lord or the translation of other ancient records is required to clear up many points now so obscure.”11

The number of maps has only grown over the course of the 20th and into the 21st century as many have continued to propose various models.12 While questions of geography are far from settled, our understanding of the book’s physical setting has improved thanks to the increasingly more rigorous work of many scholars interested in questions of Book of Mormon geography. For example, today most proposals focus only on a specific area or region of the American continent, because more careful study has made it clear that the scope of Book of Mormon lands must be limited.13

But through all of this the Church has continued to maintain a stance of neutrality, as expressed by President Cannon in 1890.14 Even the location of the final Nephite and Jaredite battles has been considered uncertain.15 Nothing said on the topic by Church leaders, past or present—Joseph Smith included—is recognized as revelation. As apostle John A. Widtsoe said, “As far as can be learned, Joseph Smith, translator of the book, did not say where, on the American continent, Book of Mormon activities occurred.”16

Even while remaining officially neutral, however, several Church leaders have encouraged appropriate and diligent study of the topic, even recommending how to properly study it out. President Cannon, for instance, wrote, “there can be no harm result from the study of the geography of this continent at the time it was settled by Nephites, drawing all the information possible from the record which has been translated for our benefit.”17 Elder James E. Talmage said:

The fact is, the Book of Mormon does not give us precise and definite information whereby we can locate those places with certainty. I encourage and recommend all possible investigation, comparison and research in this matter. The more thinkers, investigators, workers we have in the field the better; but our brethren who devote themselves to that kind of research should remember that they must speak with caution and not declare as demonstrated truths points that are not really proved.18

Ultimately, as several leaders have stressed, while the subject is of interest and has value, readers should not let it distract them from true purpose of the Book of Mormon. Elder Russell M. Nelson explained that he has “read much that has been written about” the Book of Mormon, including studies of “its language structure or its records of weapons, geography, animal life, techniques of buildings, or systems of weights and measures.” Yet, “Interesting as these matters may be, study of the Book of Mormon is most rewarding when one focuses on its primary purpose—to testify of Jesus Christ.”19