What are the Roots of Zenos's Allegory in the Ancient World?

Roots of Olive Trees by Jody Livingston.
“For behold, thus saith the Lord, I will liken thee, O house of Israel, like unto a tame olive tree” 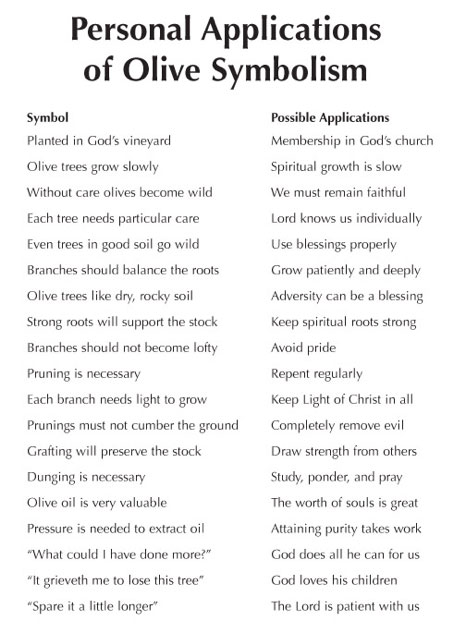 But what are the ancient roots of this allegory? The beginning of Jacob 5 makes it clear that the allegory comes from “the words of the prophet Zenos, which he spake unto the house of Israel” (Jacob 5:1), but many readers may not be fully aware that the allegory has its roots in similar imagery found in the Bible and the broader world of the ancient Near East.

David Rolph Seely has noted how Zenos’s allegory shares features with other parables or allegories from ancient Near East cultures, including the Greeks, Egyptians, and especially the Israelites. “Comparative examples from the ancient Near East and specifically from the Old Testament serve to provide background for a reading of Zenos’s allegory of the olive tree and provide some understanding as to its ancient context. Similarities can be found in imagery, language, and function.”1 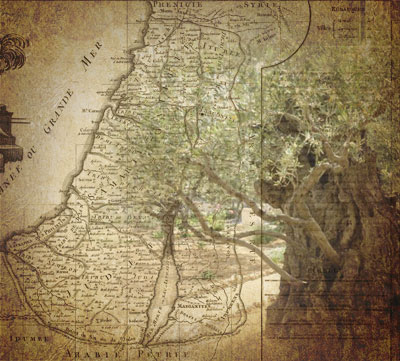 For example, Seely pointed to Isaiah 5:1–7, which compares the house of Israel to a vineyard that has been spoiled and ruined through apostasy. Israel is also likened to a plant (including an olive tree) in such texts as Exodus 15:17, Numbers 24:6, 2 Samuel 7:10, Psalm 80:8, Hosea 14:6, and Jeremiah 11:16; 32:41. The prevalence of this symbolism in the Bible led Seely and John W. Welch to conclude that “the image of the olive tree was well known and very significant” in ancient Israel.2 The apostle Paul, undoubtedly drawing from this biblical tradition, likewise utilized some of this olive imagery in his own treatment on the restoration of Israel through Christ’s grace (Romans 11:8–24).

At the same time, It should be recognized that Zenos’s allegory is in many ways is unique compared to what is found in the Bible. James E. Faulconer cautioned all readers against drawing too many quick parallels between the two, especially with Paul’s metaphor in Romans 11. There are many “differences in detail between Jacob 5 and Romans 11” which should make readers cautious about directly connecting the two (i.e. seeing Jacob 5 as simple plagiarism of Romans 11). 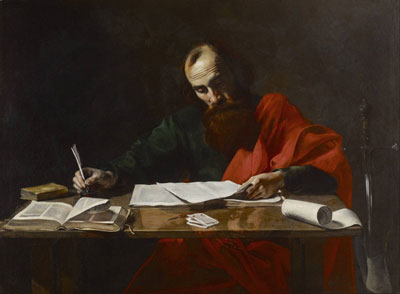 It is possible that “Paul and Zenos shared a common rhetorical tradition, one in which the olive tree stands for Israel, and its destruction and restoration are associated loosely with Israel’s apostasy and restoration.”3 That being so, Faulconer went on to ultimately postulate that “a third text or texts” may have “stood between Zenos and Paul. That text could have been a paraphrase or synopsis of Zenos's work, or perhaps a text on which Zenos's parable itself depended.”4 Although the answer to this complex question will perhaps never be fully settled, it is clear that Zenos's very extensive allegorical imagery, while in several ways unique, shares much in common with the olive tree symbolism that is found in the world of the Bible. 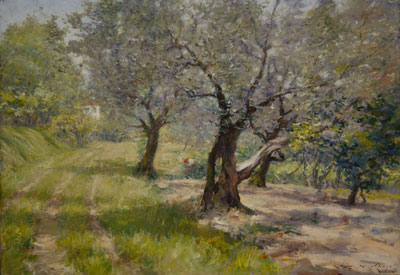 The Book of Mormon affirms that God gives revelation “unto men according to their language, unto their understanding” (2 Nephi 31:3; cf. Doctrine and Covenants 1:24). In other words, prophets do not receive and pronounce revelation in cultural isolation. Instead, they utilize the language, symbols, and customs familiar to them and their listeners in order to effectively communicate God’s will. This helps us identify the original background to Zenos’s ancient allegory as God revealed it to him. This in turn helps us to grapple with the hard work required to see the symbolisms in this allegory the ways that they would have been perceived in the context of societies that were masters of the valuable and life-sustaining craft of olive horticulture. With that being especially understood, one should all the more think of Jacob 5 as an exceptionally rich literary employment of biblical and ancient Mediterranean symbolism. As Seely concluded,

The prophecy of Zenos in Jacob 5 is a sophisticated extended comparison using elements of simile, metaphor, parable, and allegory. . . . While Jacob 5 is unique in its sophistication, there is evidence in the ancient Near East that Zenos’s allegory of the olive tree does not come out of a vacuum. There are other known examples in ancient Near Eastern literature of extended comparisons such as fables, parables, and perhaps even allegories, but there is nothing of the length and scope of Jacob 5.5

Understanding this background may help modern readers better appreciate the refined and realistic elegance of Jacob 5. That in turn will let them draw more deeply from this text and thereby more fully apply its principles and teachings in their lives.