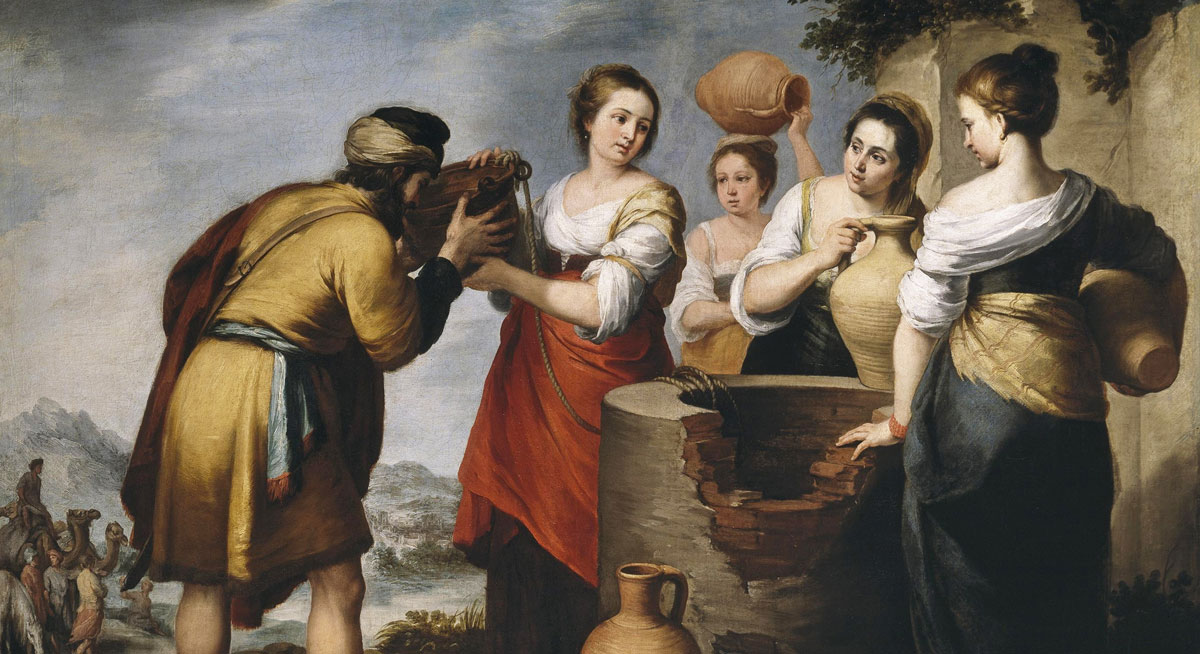 Rebecca and Eliezer by Bartolome Esteban Murillo via Wikimedia Commons
"And he would that Ammon should take one of his daughters to wife. But Ammon said unto him: Nay, but I will be thy servant."

In Genesis 24, Abraham sent his servant to a foreign land to find a wife for Isaac. When he got there, he met a girl named Rebekah at a well, she drew water for him, she ran off to tell her family about it, and later she and Isaac were betrothed. Something similar happened to Jacob. He went to a foreign land to find a wife, he met Rachael by a well, he drew water for her, she ran to tell her family, and Jacob and Rachael were betrothed (see Genesis 29). As with all true stories, the author could have told these stories in many different ways.1 However, the reason these two stories are so similar is because they are both based on the same pattern, called a type-scene.2

A type-scene is an ancient storytelling technique where certain kinds of stories are told in certain ways.3 The ancient audience expected that when a main character got engaged, for example, he would journey to a foreign land, encounter a woman at a well, and draw water from the well.4 Then the woman would rush home to tell the family, and the man and the woman would be betrothed.5 However, each time the storyteller applied this type-scene to a new character, they would change the story slightly. This allowed the type-scene to fit each character’s historical circumstances, but also gave insights into the personalities of each character in the story.6 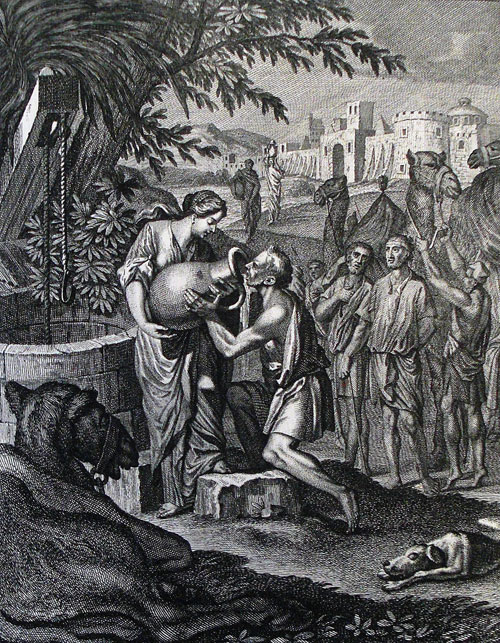 Rebekah at the Well from the Phillip Medhurst Picture Torah

For instance, biblical scholar Robert Alter noted that “it is only in [Isaac's] betrothal scene that the girl, not the stranger, draws water from the well.”7 This fits well with what we see Rebekah doing later, when she took “the initiative at a crucial moment in the story in order to obtain the paternal blessing for her favored son, Jacob.”8 Ultimately, “Rebekah is to become the shrewdest and the most potent of the matriarchs, and so it is entirely appropriate that she should dominate her betrothal scene.”9 The more these stories differ from the basic type-scene, the more one can expect that the characters in the scene will turn out differently than expected.10

Alan Goff has pointed out a radically different, but still recognizable, version of this type scene in Alma 17.11 Just as in the classic type-scene, Ammon went to a foreign land, but in this case, he went to preach the gospel (Alma 17:12).12 Although Ammon did not meet a woman there, the king offered Ammon his daughter in marriage, but he declined (v. 24).13 Shortly thereafter, Ammon went to the waters of Sebus, rather than a well, to water the flocks (v. 26).14 Finally, instead of the woman returning to tell the family about the presence of a potential suitor, the servants returned to the king with the arms of the would-be sheep rustlers (v. 39).15 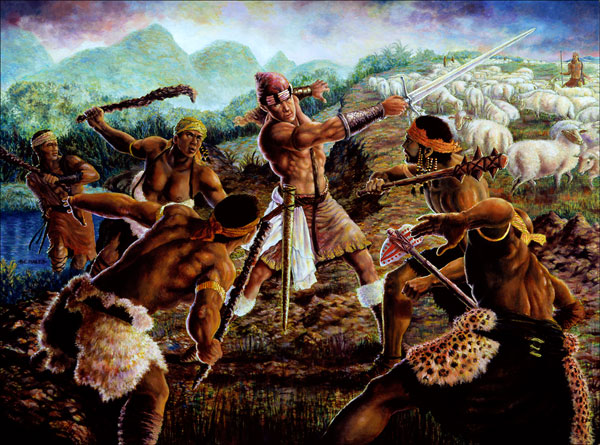 The differences between the basic type-scene and the Ammon story teach us much about Ammon and how we can be like him. Instead of going to a foreign land to find a wife, Ammon went to a foreign land to preach the gospel. When he got there and was offered the hand of the princess, he declined, stating that he wished to work for the king of the Lamanites instead. In addition to simply drawing water for the flocks, he saved them at the peril of his own life. Finally, those present at the watering of the flocks returned to tell the king not about Ammon as a potential suitor, but about the power of God that was with him. 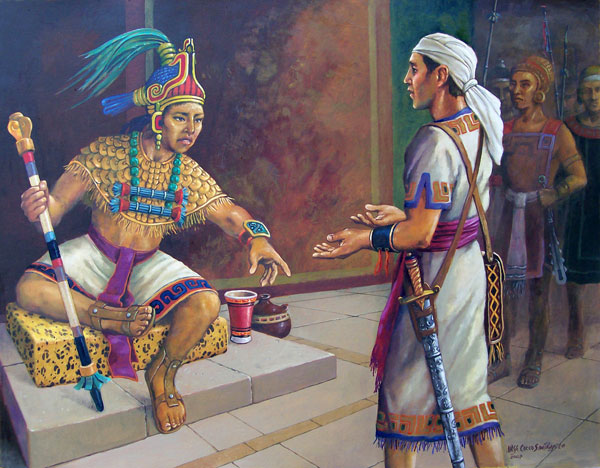 The Ammon story takes the type-scene, in which the hero is simply trying to find a wife, and turns it on its head. Everything Ammon does in the story is done for selfless reasons. The last part of the type-scene, in which the hero becomes betrothed, is conspicuous by its absence. Ammon does not become betrothed at the end of the story because that was not his purpose in traveling to the land of the Lamanites. He went to the Lamanites to preach the gospel and remained focused on that goal the entire time he was in Lamanite lands.

It is easy for us to become so focused on ourselves and our own needs that we rarely think about those around us. Mormon’s masterful reworking of this type-scene reminds us all of the importance of putting others first. If we will all replace selfishness with selflessness, like Ammon did, we can be a true force for good in the lives of those around us and have the power of God with us in our lives, like Ammon did.

Richard Dilworth Rust, Feasting on the Word: The Literary Testimony of the Book of Mormon (Salt Lake City and Provo, UT: Deseret Book and FARMS, 1997), 19–46.